Weaponizing The Trivium: The Greatest Fallacy 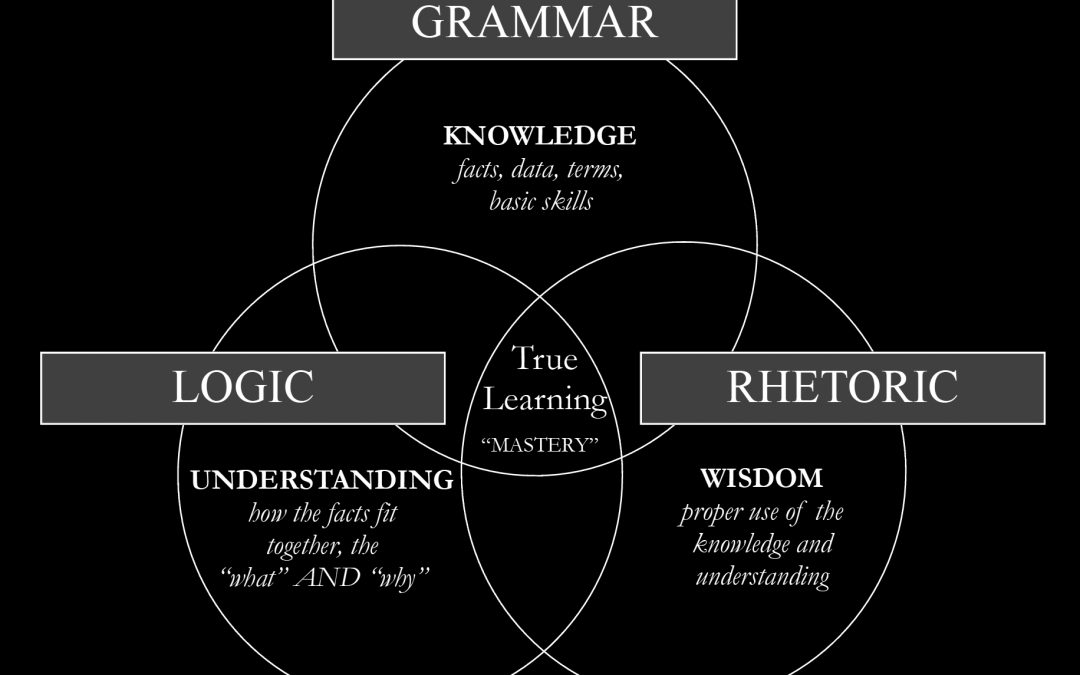 Weaponizing The Trivium: The Greatest Fallacy

When I was first introduced to the concept of the liberal arts and its revival called the Trivium (grammar, logic, and rhetoric) and the Quadrivium (arithmetic, geometry, music, and astronomy), I thought to myself – at last, the keys to understanding the spelling and illicit word magic that so continuously are used against us.

I have not altered my opinion or understanding of this fact. For the attorney class relies on the use of master techniques of classic logical fallacy and coercion through word trickery for its profit in suit. The advertising industry relies on the public’s mass hypnosis through the lack of knowledge of the liberal arts and the inability to form logical thought processes to instantaneously recognize how advertising techniques rely on purely fallacious rhetoric without adherence to formal logic or correct grammar in order to sell concepts and products that no one actually needs (or sometimes really even wants).

Uncovering the Trivium means uncovering the nature of the logical fallacy and recognizing this word magic for what it truly is – an attack on reason.

Once applied in everyday dealings with the various corporate industries and government offices of devilishly puritan wordsmiths, the individual develops what can only be called a mental super-power against such tyranny and oppression. For the English language is naught but a mixture of Latin, Greek, and other such variations of language as law, altered into the psycho-Babel that the Bible speaks of in its Book of Genesis.

The story of Babel is an etiology (a narrative story) that explains the origin of why on Earth we have such an incredible variation of different languages and cultures on this planet. In the story (a warning of things to come), God saw that with one global language, not unlike today, humanity began to rule in God’s stead. They began to ignore the laws of nature, and to supplant God’s laws with their own statutory rules (Godlessness). In short, God saw that without adherence or respect to the laws of nature, and with overwhelming respect instead to legal fictions and person-hood (inequitable status above nature, God, and natural man himself), man began to destroy nature and attempt to replace God’s creation with his own. Thus, God was angered and scattered the people, forcing different languages across the Earth so that this plan against nature could not succeed; yet another allegory that so explains what is happening today in modern world with virtually 100% accuracy. For the English language is simply the fictional description and noun/name (artificial person, titled real estate place, or chattel property thing) of all things in nature today. It places all of nature into an artificial legal status by assigning false title (name/noun – see etymology) to be claimed and controlled by church and government – the self-anointed Vicar of God on Earth.

Perhaps most frightening to this narrative lesson from the Bible, is this depiction of the United Nations as that “Tower” of Babel:

Original painting, “Construction of the Tower of Babel“, Pieter Brueghel the Elder (1526)

A poster produced by the European Union.
It combines the 12 (inverted) stars of the EU flag
with the rebuilding (note the crane) of the tower of Babel.
It’s motto – Europe: Many Tongues One Voice. 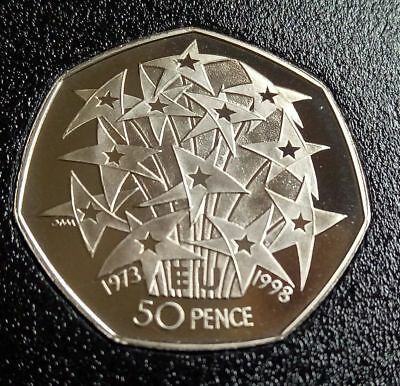 An EU coin showing the sacred geometry
of the Pentagonal star symbol as infinitude.
The union of new Babylon.

And this brings us to the point of this writing… in the form of a question to all who read and enjoy the power of the Trivium:

Are you using it with responsibility, or abusing it for personal gain?

You see, amongst the men and women who have laid claim as the users and guru’s of the Trivium and Quadrivium has developed a most disturbing trend… the use of the Trivium as a weapon. This tool of free thought and expression without fallacy has instead been turned inside out as a defensive shield and offensive weapon that more and more is becoming a crutch rather than a useful contemplation and study of even ones own rhetoric.  Indeed, the Trivium is more often being used as a weapon; a fallacy of unbreakable proportions.

Even more troubling, the more one is vested into an otherwise unconscionable thing, the more the Trivium is attempted to be used to justify that thing. Almost unimaginably the Trivium method is creating a new form of cognitive dissonance – and the ego seems to be winning every time.

For instance, I often hear in an otherwise useful discussion or debate  the phrase: “I use the Trivium, therefore you are wrong (or I am right).”

In the mind of the one offering this fallacy, this may seem like a perfectly rational or logical argument. But in fact this is the ultimate fallacy. For it relies on the thought that all of the grammar one has accomplished is 1) correct, 2) not purposeful legal Babel, and 3) the only possible conclusion from all possible knowledge. In short, this is the anti-Trivium, for this is a doctrine. And yet the entire English language is based on a re-scrambled vocabulary, of which a vast majority of it has hidden legal dualistic meanings unknown to many purveyors of the steps in that Trivium. In the end, this creates a sort of arrogance that can only be blamed on the misuse of the very Trivium that is supposed to stop such doctrinal belief and ego.

And to this I declare the newest of modern logical fallacies – the Trivium Superiority Fallacy.

It combines many aspects of other well-used logical fallacies, such as the

ad homenim (you don’t have or use the Trivium, thus you must be wrong),

poisoning the welland the hasty generalization(you made a “guess”  without using the Trivium here and where incorrect, therefore nothing you say hence forth is of the Trivium),

appeal to authority (I use the Trivium, I was right before, therefore I’m right most or all of the time),

red herring (using unrelated topics or discussions about a subject you were right about previously to prove you are right in this one because the Trivium worked then, thus it must be correct now).

This ultimate fallacy of Trivium Superiority could probably be utilized as a method to espouse in some fashion most of the known logical fallacies while hiding behind the Trivium method, which is why it is in my opinion the most dangerous of them all.

Another example of the misuse of the trivium is the concept of burden of proof.

Sometimes one may challenge another to prove a negative, which is an impossibility even within the Maxim’s of law. Other times the demand (not request) for the burden of proof is used as a character assassination because the proof may be unavailable at the time of discussion. Thus, a sense of “winning” the argument due to the simple unavailable (but elsewhere existing) evidence may lead to the misuser of the Trivium fallaciously believing in his or her false superiority and knowledge of something that is patently false. And thus the well is poisoned for all future debates or discussions due to the simple lack of evidence demanded at that moment. And even when that evidence is presented later, the newly developed hyper-ego caused by Trivium misuse will not allow the “winner” to change his mind about a fact that is in fact provable later.

What I’ve witnessed is shocking with regards to the abuses leveraged in the name of the Trivium – enough to put an attorney to shame.

In the end, without offense intended to anyone, I would simply put out the request for those teaching and using the Trivium method to consider your responsibilities as a teacher. Such a powerful tool of enlightenment can and is being turned into something quite opposite of its intent. Remember that as a holder of great knowledge comes the duty to be responsible with that knowledge, lest those you teach and even yourself may devolve into that despicable “Lord Of The Rings” creature “Gollum”, who coveted the very thing that would make all men free from the fate of Babel and the attorney class.

Remember that your rhetoric is only as good as your comprehension of your source of grammar, and that your logic will be as false as the false dialectic and word magic and trickery that you base it upon. Language, it turns out, is often the greatest deceiver and creator of false prophets of all!

Never stop learning, for you can never learn everything…

Never believe you’ve obtained all there is to know on any subject, for knowledge hides around every corner, especially the uncomfortable places…

Never believe you are absolutely correct about anything, for a year from now you’ll regret it…

Never believe you have all the pieces of the puzzle, for the puzzle pieces are hidden in a million different places…

Never forget that a kindergartener has the Trivium too, and holds the truth about Santa Claus and the Easter Bunny…

Never give up on imagination of what could be, for without it, the fiction will never become science and the Trivium is all but worthless…

And never become a religion of one; based on false belief in your own perceived doctrinal Trivium Superiority.