What Does Critical Thinking Mean ? 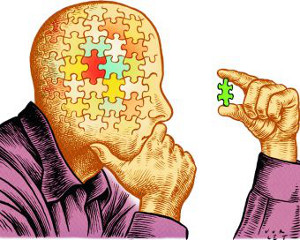 What Does Critical Thinking Mean ?

What does critical thinking mean?

The first and perhaps the most important thing to note is that critical thinking is a skill and, just like any other skill, the more you practice it the better you will be at using it. As Francis Bacon observed it enables us to seek something closer to truth based upon “. . . patience to doubt, fondness to meditate, slowness to assert, readiness to consider, carefulness to dispose and set in order.”

Broadly speaking critical thinking is the process of decision making based upon the accurate, objective analysis of available evidence. It can be used to inform our thinking and lead to better decision making.

Robert H. Ennis, Author of The Cornell Critical Thinking Tests described it as follows.
“Critical thinking is reasonable, reflective thinking that is focused on deciding what to believe and do.”

What is critical thinking ?

In order to think critically we need to adhere to some general principles:

So what good examples are there of critical thinking? Critical thinking underpins science, technological development, medicine, philosophy and so much more. For example:

Science – uses knowledge and observation to develop new ideas (hypothesis) that are then tested by experimentation.
Engineering – applies known structural concepts to resolve physical problems based upon accurate assessment and survey.
Mathematics – applies proven truths to new problems in order to describe and hopefully resolve them effectively.
Historical Study – is the investigation of primary, secondary and tertiary evidence relating to historical events that can enable us to learn from the past.

What does critical thinking mean in science?

1. Record your observations of the world around you
2. Clearly define a problem.
3. Construct a hypothesis that addresses the identified problem.
4. Formulate and execute experiments to test the validity of your hypothesis.
5. Analyze and evaluate the results of your experimentation.
6. From the data gathered, derive a conclusion.
7. Publish your conclusion.

What does critical thinking mean to me?

When I was a child my father taught me to be critical of everything. He didn’t mean criticize people but rather think for myself about ideas that others want me to believe. One of his favourite sayings was “believe half of what you see and nothing of what you hear.”

Whenever I think about a problem, listen to a conversation, consider a news story, read an article or watch a documentary I always ask myself the following questions:

Who is saying something and why. What’s their angle?
What evidence is there to support what they are saying? When I consider evidence I need to also consider the quality of the evidence. Is it independently verifiable? For example there is evidence that people have been abducted by aliens. But that evidence comes from their own statements attesting to their experience of alien abduction. How reliable is this? What other independent evidence is there to corroborate their stories?
What bias do they have? For example people tend to believe things more easily if it support what they already think (it’s called confirmation bias.) A Christian may be more willing to accept a religious sermon than an atheist for example. Both are biased. The Christian probably accepts the sermon too easily and the atheist rejects it too easily.
What’s my bias? I can’t be completely objective. Just like everybody else I am a product of my upbringing and environment. Therefore I must try to consider my own bias as part of the critical thinking process.

What does critical thinking mean for you?

This is the most important thing to consider. Do you want to think critically or do you simply want to believe everything that other people tell you? Remember critical thinking is a skill that you can learn, practice and become adept at.

Critical thinking can lead us to question things that we’ve previously always believed to be true. This can be a scary thing to do. It can go so far as to undermine our own concept of who we are and what we stand for or against.

But you need to ask yourself a very simple question. Do I want to live in ignorance or do I want to discover the truth?

If it’s ignorance you choose that is your right but you are missing out on something wonderful. However, if you want to inform yourself, if you want to understand more about the universe you live in then critical thinking can take you there. 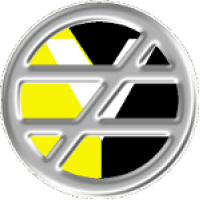 I’m an author, journalist, blogger and video maker (contributing to 21stCenturyWire, UKColumn, the OffGuardian and other leading news sites,) I am able to leap small footstools in a single bound, haven’t been kicked out lately and am occasionally reliable. I really enjoy a jolly good rant. Though many have expressed their wish that I didn’t.