What is Metapolitical? By Nowick Gray 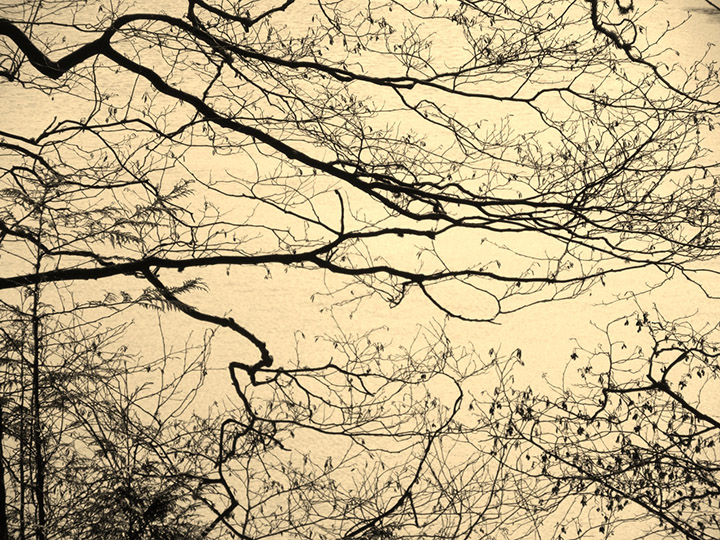 [adapted from the introduction to Metapolitical: Practicing Our Human Future (2021)]

Metapolitical holds meaning above and beyond, yet also deeper than the conventional understanding of politics. Not confined to party or tribe, it speaks to common social concerns, and reaches beyond the bounded condition of humanity to larger issues, of wild nature and spiritual essence.

In contemporary usage, the term has been politicized, dragged back from its transcendent impulse, into the trenches of partisan ideology. Meanwhile the prefix meta has taken on momentous stature as more than a facelift—rather, a rebranding and, in effect, great reset—of Facebook.

Amid such confusion let’s take a deeper look at the roots of the word, for a more authentic interpretation. 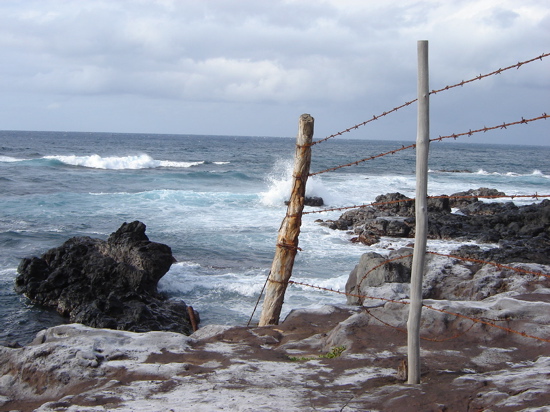 Meta, in simplest terms, means beyond. Or so I thought.

The online Collins Dictionary startles with this apparent contradiction: “1. concerned with cultural conventions rather than with reality.”

Step right up to Zuck’s Panopticon, the Metaverse.

Does culture go beyond, but only so far as to reconstruct reality in its own image? Are we done going beyond, when we inhabit this new baseline of convention? From nature to culture is one great leap, but what happens if we keep going?

The second definition gives a more expected usage, “self-referential” (as in, for example, the much maligned literary term metafiction). The action of this brand of meta seems to turn inward, rather than beyond.

This act of awareness goes away only so far as to look back. To become aware of cultural conventions is the first step to changing them. We may recall, it was humans’ hyper-awareness of nature, and our unique place in it, that brought about our escape (or expulsion) from that primeval garden. Meta was our salvation from Nature, but also our damnation, our Original Sin.

Additional meanings of the prefix meta– refer to “change, alteration, or alternation,” which again suggest an evolution beyond the status quo—“situated behind or after”—in other words, back to beyond. An apt symbol for meta is the spiral: a circle that continually reforms itself in moving time.

The Canadian Oxford dictionary chimes in with: “behind; after or beyond; of a higher or second-order kind.” From such a stance we might well reconsider our cultural conventions, especially in their state of increasing divorce from the baseline reality of nature. 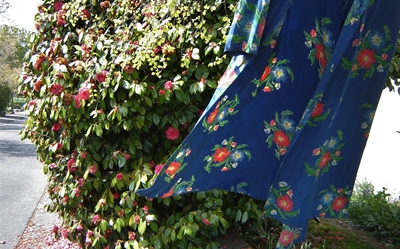 Culture itself is meta; though for the most part the separation from nature is unconscious, taken for granted.

Even within the bounds of a given culture, we can critique present and past politics to prime a springboard to something other. That leap requires letting go of fear. A good antidote to fear of the unknown is dread of continuing only in the paths of the known.

The Greek root meta– suggests “with, after, between, among” (after being the odd word in that group, with its lone nod to beyond). That dissenting opinion speaks to the academic, philosophical and literary device of witnessing a phenomenon from a distance. One might cast the monk, sadhu or shaman of old, solitary and wise in their healing powers, in the same role. Moses, or Martin Luther King, Jr., coming back from their mountaintop view to share their lightning bolts of revelation. 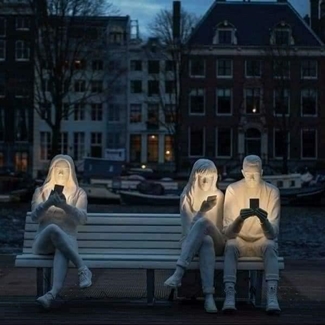 If we keep going out without looking back, we lose the thread of our connection. The AI revolution is a case in point, where some “thought leaders” pine for a new home in space, or immortality in the digital afterlife, floating on the quantum Cloud. Some investors, drunk on windfall crypto wealth, are busy buying up unreal estate in the virtual world, or following fashion trends for their game-trotting avatars.

The virtual world, I would argue, reduces the depth of meta to a shallow simulacrum of human culture, devoid of either spiritual redemption or connection with nature. In short, it’s a dead end, an untethered beyond, a one-way ticket to nowhere, on the zombie express.

The full term metapolitics remains faithful, even in Wikipedia’s clandestine editorial clutches, to the basic tenets of the dictionary definitions outlined above.

Metapolitics (sometimes written meta-politics) is metalinguistic talk about politics; a political dialogue about politics itself.…

It assumes a self-conscious role of mediating the analytic, synthetic, and normative language of political inquiry.

In its broadest definition, metapolitics is a discipline that studies the relationship between the state and the individual.

The third meaning highlights a fundamental theme in metapolitical discussion—especially in these times of unprecedented worldwide encroachment on individual rights and freedoms, under the banner of a state-managed “health emergency.” The core issue is as old as the human tribe, as weathered as politics itself. Only now, in the totalitarian face of the “Great Reset,” the question’s answer is preformatted as a binary outcome: all or nothing, 1 or 0.

In the words of metapolitical writer and speaker Zachary Stein, “Shit’s about to get real” (14 April 2020).

When the political mindset claims everything is political, metapolitics runs into, naturally enough, contention on political grounds. The Collins Dictionary defines it in terms of “political theory: often used derogatorily.” According to the OED, metapolitics has a neutral bearing as “abstract political science; the investigation of the theoretical basis of political ideas or beliefs”; but it is tainted in its third sense: “(depreciative) impractical political theorizing.”

Metapolitics, in short, makes for a decidedly unpopular branding proposition. On the one hand abstract and theoretical, and on the other, subject to derogatory and depreciative connotations. With such a bad rap, I wonder, has the term been sabotaged, or weaponized? Or is it just not polite (or permitted) to stir the pot (as meta likes to do) of the hoi polloi?

The political hack is widely heard to rail at all dissent: “conspiracy theorist!”

The metapolitico wisecracks back, “conspiracy denier!”

I take refuge finally in the spirit of freedom, and call it, by definition, metapolitical.

it is worth noting that “right” and “left” occupy asymmetrical stances in relation to politics and metapolitics. As soon as one wing assumes power in conventional politics, and as that power verges ever more on a monopoly of power, the other side is consigned to wage a metapolitical war against it. Elections are challenged, leaders impeached, legislatures sidestepped, court rulings ignored. When strictly political opposition is neutralized, metapolitics enters the fray to challenge the legitimacy of the system itself. 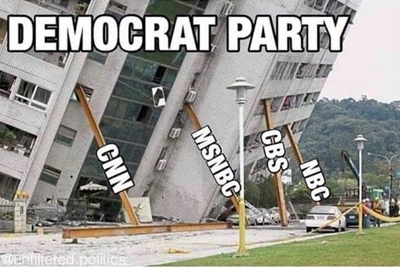 Even as we suffer under the current reign of terror of the establishment “Left,” I contend that metapolitics is not the domain of the “alt-right” or the “new right,” though some in that camp might stand under its banner. On the other side of the political spectrum, such valued goals as “human rights,” “equality” and “diversity” are not the exclusive domain of the left, though they may claim to own that moral high ground, for their own purposes. 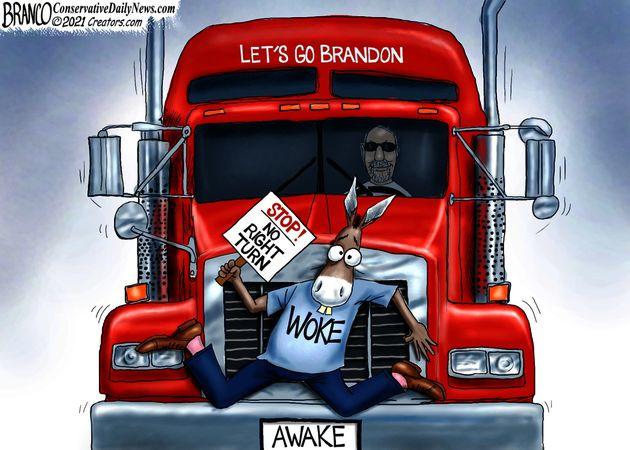 I prefer a definition of metapolitics that rejects any legitimacy from either side to define or direct hegemony, whether political, cultural, or moral. A fascism of either the left or right is incompatible with metapolitics.

Following the evolutionary impulse of going beyond, while holding a core connection to our ancestral roots, I propose an organizational scheme that places politics and metapolitics both in a wider field of human potential. 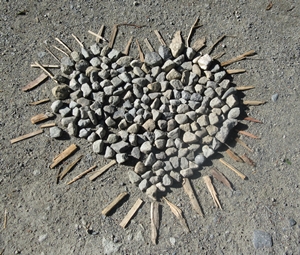 Begin with Nature—a.k.a. reality, what is. Since humans are so prone to inventing our own version of reality (call it virtual), nonhuman and wild nature is the more reliable ground of reference.

Culture, in transforming and departing from nature, serves as a kind of meta-nature, and also as a bridge to Sprit.

Spirit also is meta-nature, of it and beyond, carrying its essence, vibration, energy, potentiality, and life force. It’s also meta-culture, in the realm beyond culture, to which culture aspires. Spirit is the soul of meta– itself.

An Exercise in Meta

Always the next moment brings a new resolution; but that note is yet unresolved for what comes after…

Explore the above themes in greater depth with my recent collection of essays, Metapolitical: Practicing Our Human Future. Facing an accelerating war on humanity, we break free of the narrative box of the old paradigm, reject hierarchical power, and reclaim our sovereignty.

One reviewer writes: “Nowick Gray is a Truth Speaker. In these dark end times he is the rarest and bravest form of writer and deserves our deepest gratitude and highest praise. He delivers logic, reason and common sense to a world that is largely incapable of grasping any of it. He is a poet, a mystic and a true friend to humankind.”

My other works of fiction and creative nonfiction cross genre boundaries and bend categories, with unconventional characters on the margins of society, exploring the heart of nature and authentic human being (see NowickGray.com).