WHAT REALLY MAKES YOU ILL? Part 1 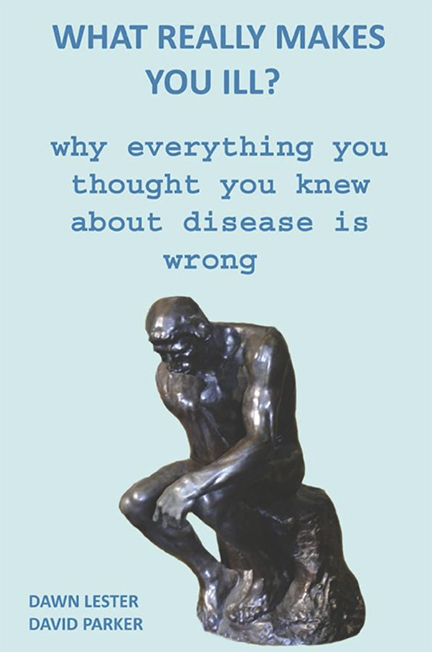 WHAT REALLY MAKES YOU ILL?

WHY EVERYTHING YOU THOUGHT YOU KNEW ABOUT DISEASE IS WRONG

The idea encapsulated by the above quote attributed to Voltaire, the nom de plume of François-Marie Arouet (1694-1778), will be viewed as having no relevance to the 21st century. This view will no doubt be based on beliefs that the advances in ‘medical science’ during the past three centuries have been significant and that doctors in the 21st century have a thorough knowledge of medicines, diseases and the human body.

Unfortunately, this view and the belief on which it is based are both mistaken.

The medical establishment admits to the existence of a few ‘knowledge gaps’, but the investigation conducted for our book, WHAT REALLY MAKES YOU ILL? WHY EVERYTHING YOU THOUGHT YOU KNEW ABOUT DISEASE IS WRONG, demonstrates the existence of a large number of knowledge gaps, as well as many anomalies, contradictions and inconsistencies between the theories and the evidence gathered from real people in the real world.

It is increasingly obvious that there are serious problems within ‘modern medicine’; as revealed by the ever-increasing incidence of illness and death due to ever-increasing numbers of different diseases.

One of the most significant of these ‘problems’ is that the ‘germ theory’, which claims that microorganisms, especially bacteria and viruses, invade and infect the human body to cause disease, remains unproven. Our book shows that this theory is not only unproven, it is also demonstrably false; ‘germs’, including bacteria and viruses, are not the causes of disease.

The implications of this revelation are profound, as they undermine some of the fundamental practices of most modern healthcare systems, not least of which involve the use of medicines and vaccines in the treatment and prevention of human disease. It is for this reason that the above quote by Voltaire cannot be so easily dismissed as irrelevant.

In addition to exposing the problems, our book also discusses the real causes of illness and explains how people can take responsibility for, as well as control over, their own health.

RichieFromBoston
Authors of Incredibly well researched 800 plus page book, Dawn Lester and David Parker Join me this morning to explain the reason they decided to write this book in the first place. Dr Andrew Kaufman MD Will be co hosting with me to get the most out of this information.
https://www.whatreallymakesyouill.com/ https://www.apiject.com/ https://www.nejm.org/doi/full/10.1056… https://sustainabledevelopment.un.org… https://www.goodreads.com/book/show/5… DR ANDREW KAUFMAN https://www.youtube.com/channel/UCV7v…

“An error does not become truth by reason of multiplied propagation, nor does truth become error because nobody sees it.”    ~ Mahatma Gandhi

The natural state of the human body is that of good health.

Yet it would appear to be rather difficult to maintain the body in the state of good health throughout a person’s entire lifetime.

Although illness may seem to be a common human experience, it can manifest in a variety of different forms and to varying degrees of severity; the common cold, for example, is self-limiting and short-lived, whereas many chronic conditions, such as rheumatoid arthritis, are considered to be incurable and lifelong.

It may be assumed from this that illness is largely unavoidable or is even an inevitable aspect of human life; but this would be a mistaken assumption.

Nevertheless, the fact that large numbers of people experience some form of illness during their lives raises some fundamental questions, not least of which is: why does it occur?

In other words, what really makes people ill? This is fully explained in our book.