WHAT REALLY MAKES YOU ILL? Part 2 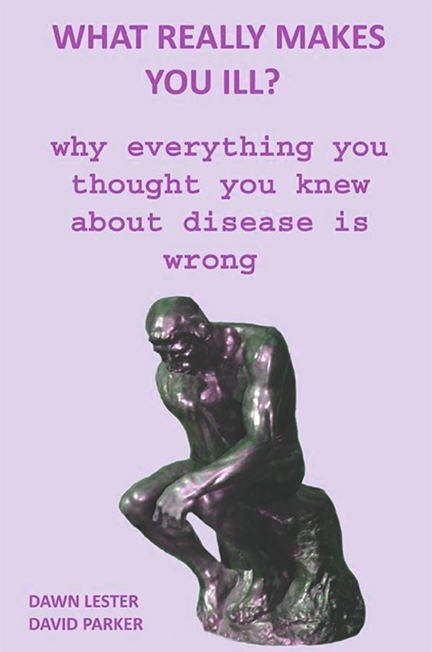 WHAT REALLY MAKES YOU ILL?

why everything you thought you knew about disease is wrong

The Germ Theory: A Deadly Fallacy

The vast majority of people around the world believe that the healthcare system promoted by the agencies responsible for public health, especially the WHO, is firmly based on ‘sound science’. This system, known as ‘modern medicine’, is perceived to represent an ‘elite’ branch of science, which suggests that any other approach to healthcare and healing must be pseudoscience or quackery. Nothing could be further from the truth.

This elitist attitude is inculcated into medical students during their training, as experienced by Dr Carolyn Dean, who explains in her book entitled Death by Modern Medicine that,

“In fact, we were told many times that if we didn’t learn it in medical school it must be quackery.”

In his book entitled Confessions of a Medical Heretic, Dr Robert Mendelsohn MD indicates that belief in medical ‘authority’ is misplaced. He expands on his discussion of the problems with ‘modern medicine’ by reference to similarities between beliefs, religion and ‘modern medicine’. He describes the medical establishment as ‘the church of modern medicine’ and justifies this description with the statement that,

“Modern medicine can’t survive without our faith, because modern medicine is neither an art nor a science; it’s a religion…Just ask ‘why’ enough times and sooner or later you’ll reach the chasm of faith.”

It will undoubtedly be a shock for people to discover that ‘modern medicine’ is not firmly established from the basis of true ‘science’. Laboratory experimentation is certainly used within modern medicine, but it would be a mistake to equate such experiments with ‘science’; as Dr Peter Duesberg explains in his book entitled Inventing the AIDS Virus,

“The transition from small to big to mega-science has created an establishment of skilled technicians but mediocre scientists, who have abandoned real scientific interpretation and who even equate their experiments with science itself.”

True science is a process; it is a process that involves the study of different aspects of the world in order to expand the level of human knowledge; it also entails the creation of hypotheses and theories to explain the various phenomena observed during the course of those scientific investigations. As the various studies progress and the body of knowledge increases, they may reveal new information or they may expose anomalies and contradictions within existing hypotheses and theories. In such instances, it is essential for scientists, in whichever field they study, to reassess those hypotheses and theories in the light of the new findings; a process that may necessitate revisions or adaptations to be made to prevailing theories. It may even be necessary to abandon a theory if it is shown to be unsupported by empirical evidence.

One of the main theories on which ‘modern medicine’ is based is the ‘germ theory’; a theory that claims microorganisms, especially bacteria and viruses, invade and infect the body, thereby causing disease. This theory, which is usually attributed to Louis Pasteur in the early 1860s, underpins a large and very significant proportion of medical practices; without it, most of modern medicine becomes redundant, which explains why the medical establishment refuses to recognise its fatal flaws. The retention of the theory is not unequivocal proof that it has been fully established and represents truth. In fact, the research we conducted for our book, What Really Makes You Ill? Why Everything You Thought You Knew About Disease Is Wrong, led us to discover that there is no evidence to support the assertions of the medical establishment with respect to the ‘germ theory’. The term ‘medical establishment’ refers to all of the people, organisations, industries, and academic and research institutions that practise, research, teach, promote and otherwise support the system of modern medicine.

It is a fundamental principle that the burden of proof lies with those who propose a theory. Yet in the case of the ‘germ theory’ that ‘proof’ does not exist; there is no original scientific evidence that definitively proves that any ‘germ’ causes any specific infectious disease. Although this statement will be regarded as highly controversial and even outrageous, its veracity can be demonstrated.

There are a number of sources that provide a corroboration of the assertion that the ‘germ theory’ lacks any original scientific proof. One of these sources is Dr M.L. Leverson MD, who, in May 1911, gave a lecture in London in which he discussed his investigations that had led him to the conclusion that,

“The entire fabric of the germ theory of disease rests upon assumptions which not only have not been proved, but which are incapable of proof, and many of them can be proved to be the reverse of truth. The basic one of these unproven assumptions, wholly due to Pasteur, is the hypothesis that all the so-called infectious and contagious disorders are caused by germs.”

Dr M Beddow Bayly also exposed the lack of any scientific basis for the ‘germ theory’; in his 1928 article published in the journal London Medical World, he states that,

“I am prepared to maintain with scientifically established facts, that in no single instance has it been conclusively proved that any microorganism is the specific cause of a disease.”

It is clear that evidence to support the ‘germ theory’ remained conspicuous by its absence many decades after it had been proposed by Louis Pasteur. However, the situation has not been rectified; the germ theory of disease remains unproven with overwhelming evidence to demonstrate that it also remains a fallacy.

Despite the authoritative nature of the assertions of the medical establishment that ‘germs’ cause disease, there are no explanations for the mechanisms by which microorganisms produce the wide variety of symptoms in varying degrees of intensity that are claimed to occur when a person becomes ‘infected’. This represents an immense knowledge gap, although not the only one we discovered.

It is claimed that ‘germs’ multiply within the cells of the host and that this can precipitate an excess level of ‘cell death’ that is said to be an indicator of disease. It is commonly assumed that it is the ‘germ’ that caused the cell to die; but this is a mistaken assumption. There are genuine reasons that cells die after they have been subjected to the preparation procedures used in laboratory experiments; as explained by Torsten Engelbrecht and Dr Claus Köhnlein MD in their book entitled Virus Mania,

“This phenomenon is particularly virulent in bacterial and viral research (and in the whole pharmaceutical development of medicines altogether) where laboratory experiments on tissue samples which are tormented with a variety of often highly reactive chemicals allow few conclusions about reality. And yet, conclusions are constantly drawn – and then passed straight on to the production of medications and vaccines.”

This explanation exposes the fundamental error in conducting laboratory research without an adequate understanding of the living organism that is the human body, as they further state,

“Another important question must be raised: even when a supposed virus does kill cells in a test-tube (in vitro) … can we safely conclude that these findings can be carried over to a living organism (in vivo)?”

The assumption that a particular ‘germ’ causes a particular ‘infection’ is solely based on the claim that certain antibodies have sometimes been found in samples extracted from some people exhibiting certain symptoms; in other words, there appears to be a correlation between symptoms and antibodies.

However, antibodies, which are proteins, are described as particles that neutralise ‘pathogens’ and help clear them from the body, which means that they are defined solely within the context of the ‘germ theory’. But this explanation is highly problematic. A strong and fully functioning immune system is claimed to be able to destroy all invaders; ‘infectious agents’ should not therefore be found within the body of a person with a strong immune system. Yet so-called ‘pathogenic’ microorganisms have been found in the bodies of healthy people. One explanation for this situation is that some pathogens can exist in the body in a ‘dormant’ state. But a strong immune system should not permit the presence of any pathogen, even in a ‘dormant’ state.

In an interview conducted in 2005 for the online German newspaper Faktuell, Dr Stefan Lanka referred to his studies in molecular biology and made the bold claim that,

“In the course of my studies, I and others have not been able to find proof of the existence of disease-causing viruses anywhere.”

At the time of writing, in April 2020, the world is reported to be in the grip of a ‘deadly’ pandemic caused by a virus. But as this article and our book clearly reveal, there is no evidence to substantiate such claims.

The core purpose of this article, which cannot be over-emphasised, is to show that people are being made to fear something that has never been proven to cause harm. It is for this reason that we urge everyone reading this to understand that the ‘germ theory’ has no basis in real science. It is now time for truth to prevail and for the ‘germ theory’ to be recognised as a deadly fallacy that needs to be banished to the dustbin of history.