Who Deserves To Be in Prison? By Ross Ulbricht 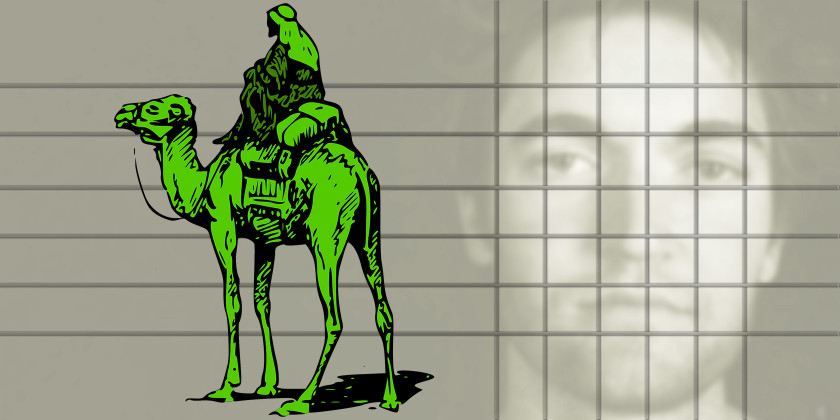 I was put in handcuffs for the first time when I was 29 years old. I was labeled a prisoner that day and have since spent 2,096 days and nights in the captivity of the U.S. federal government. I’m still in prison, condemned to die here with a life sentence and no parole. Prison is nothing if not boring, so I’ve had many hours to think about all sorts of things, including who, if anyone, really belongs here.

After my arrest, the prosecution and media went to great lengths to demonize me to the public and later to my jury at trial. That hurt. I used to believe that I didn’t care what people thought of me, that my sense of worth was intrinsic and objective, but that was when I was generally liked. Suddenly, countless people were meeting a strawman, not me at all, but a dangerous criminal. It’s easier to condemn a villain, so it had to appear that I deserve this. This is punishment after all, and would be unfair otherwise.

A sense of fairness is fundamental to our nature. It’s part of the glue that keeps civilization together. It’s the gut check for justice. Unfairness sparks indignation and a desire to right the wrong, but indignation can go too far. It has a dark side called vengeance. There are two sides of the same coin.

The mind bent on revenge seeks to balance the scales: pain for pain. “He deserves what he gets,” it urges. “He must pay.” Instead of being a check on injustice, it becomes an excuse for it. As someone on the receiving end of this, who has met hundreds of others in the same position, I’m telling you, no one deserves this.

I don’t claim that we don’t need to keep some people separated from free society. As Solzhenitsyn famously wrote, “The battle line between good and evil runs through the heart of every man.” Some are possessed by their dark side and can be expected to violently prey on the weak and vulnerable. There are people like that in here. That doesn’t mean they “deserve” this or that they cannot change. It just means that humane separation is the only option until they do. But this is not humane.

Many of my fellow prisoners have no support from the outside. Their loved ones have either died during their long stay here, abandoned them or turned on them. All of us are cut-off to some degree. We seek mental escapes of every kind — some constructive, others destructive — to stave off confronting the abject horror of our situation. Violence is common, and the tension it brings is the air we breathe. Forcing someone to spend years or decades continuously like this, waking up to it every single morning, is cruel. If you disagree, I’ll prove it to you.

Imagine the worst torture you can think of that doesn’t leave the victim disabled, something you can’t deny is cruel: burning, flogging — take your pick. If the victims themselves would prefer this torture to imprisonment, the inescapable conclusion is that prison is worse, even more cruel. I, and every prisoner I have asked, would prefer any amount of pain and cruelty, for a limited duration, to the years and decades we’re forced to spend here — spirits crushed, hope abandoned, relegated to irrelevance.

No one deserves this, even if they have to be here for the sake of others’ safety. Certainly, the many non-violent drug offenders growing old in here don’t. Pain does not heal pain. A lost soul is not redeemed in a cage.

Vengeance and cruelty are not aspects of our nature to be honored and institutionalized. They are base and destructive. They hurt all parties. Our families and communities are hurting. Humanity is hurting. The pain of your fellow human being is your pain too, even though it is locked away in remote prisons.

We can do better. We have the potential to rise above this darkness, to be proud of how humanely we treat prisoners and how few we need to brand with that label. Instead we hand out years, decades and lifetimes of imprisonment to virtually every person the government targets. We keep building cells like the one I’m writing this from.

Prisoners are not inventory. We are not numbers or statistics. We are human beings, and we don’t deserve this.

Ross Ulbricht is serving double life plus 40 years in prison for creating the website Silk Road. Ross is an Eagle Scout with a Physics degree and no previous criminal record. He didn’t directly sell drugs or harm anyone. His only hope of freedom rests in clemency from the US President. Please sign the petition to Free Ross here.