Who is Beating the ‘We MUST Vaccinate’ Drum? 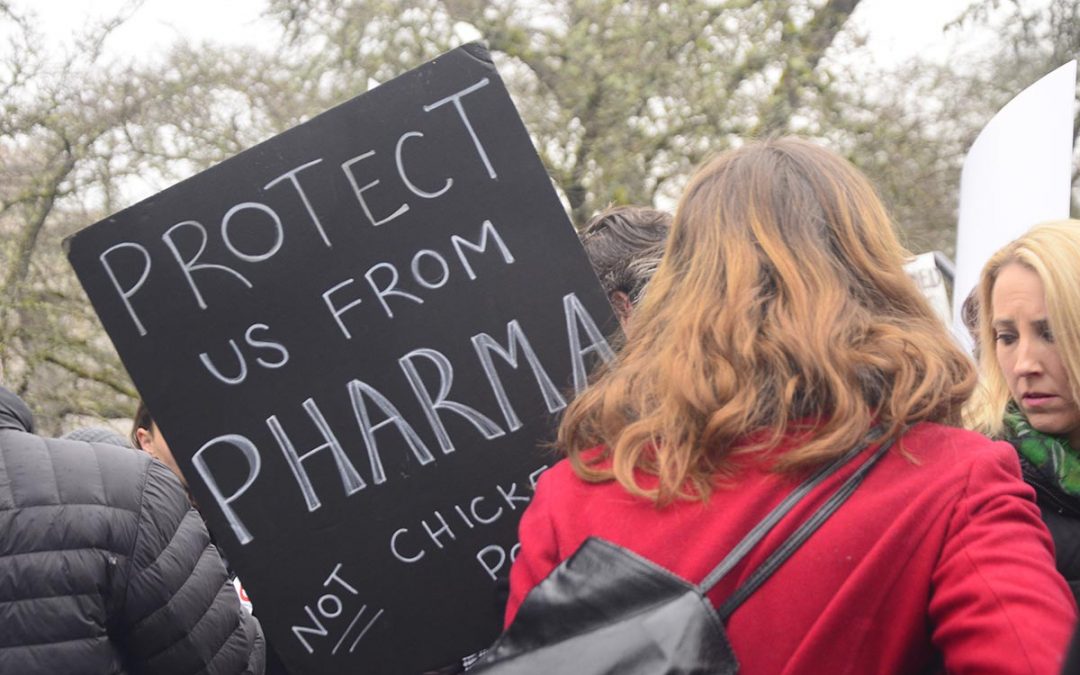 “If 100% of the population were vaccinated, there would be no disease.”

That appears to be the implied and I’ll say baseless motivation behind the legislative efforts to induce or coerce people to think that they should give up their option to refuse vaccine administration to their children.

Of course it’s not baseless. They are beating the ‘We Must Vaccinate’ drum like there’s no tomorrow.

Except that there is, and will always be one.

Such is the subtext that is unfolding in the state of Washington after a late-January measles outbreak in Portland led to several cases in Vancouver (Clark County), across the Columbia River to the north, to which Gov. Jay Inslee declared a public health emergency for reasons of “vaccine hesitancy”.

Interesting term, “vaccine hesitancy”. I’d use the words legitimate reason, common sense, overwhelming evidence that something is not as it should be.

Not only are legislators maintaining a blind eye to the ample evidence, and dismissing a parent’s natural instinct to protect their children, they (or those who are urging them on) are systematically attempting to establish their authority to dictate to the public what is or is not permissible to disagree on.

As of February 21, almost one month after the outbreak, 63 people in Clark and King County had contracted measles (44 under 10 years of age with one 50 years of age). This group represents less than 0.03% of a population of roughly 231,200 people, the response for which is estimated to be over $1 million.

My question is why?

Since the large majority ~not all ~ of the cases were “unvaccinated” children, state law conjurers have elected to make this the reason to attempt to take away parents’ options to use “philosophical grounds” as a reason to refuse to allow vaccinations on their children.

While a parent’s power of non-consent is inalienable and inviolate, there remains a very clear effort to have the public believe that the state has some power or right to force them to do something that is against, not only their conscience and will, but their own personal knowledge, whether “science” acknowledges or admits it, or not.

Unvaccinated children that get measles don’t get it a second time. Having had measles in my youth, I can say that it was no big deal. It came, then it left. Yet, it appears that getting an MMR vaccination was not enough to ensure that a child won’t still get measles, and getting it one time is no guarantee that they won’t get it again.

However, chances are increased that vaccinated child will have to deal with one or more of a much wider list of chronic and degenerative conditions that are all on the rise.

America has become a “leader” of far too many dubious distinctions. To be “the land of the free,” more Americans are in prison, by a wide margin, than any country on Earth.

However, there are prisons, and there are prisons. The social, psychological,and metabolic fallout from the unmitigated push to force unnatural chemical agents into human biological systems, hints at an agenda that appears to be about more than money. The absence of objectivity from the medical/professional sector, the blindly obsessive push to raise vaccine rates up (already over 90%), reveals a complete disregard for the trail of trampled and obliterated hopes and dreams, and the utter bewilderment when what would be a common sense response by any rational human being ~ i.e., dial vaccine schedules back, or even stop them altogether to see if the sudden injuries stop ~ are ignored.

The general health trend in the United States is down. An undeclared state of emergency sparks a new wave of dubious American leadership with the continuing advance in frequency of conditions known variously as ADHD, Asperger syndrome, autism or ASD (which in 2014 had reached a frequency of 1 in 59 children), asthma (affecing 25 million people including 7 million children), diabetes (100 million people affected according to CDC), and many more. including childhood cancers.

And “science” sees no connection between its standard policies and practices, and shattered lives.

In fact, Commissioner Scott Gottlieb of the FDA (an un-elected official who is not fettered with concern over being re-elected) told CNN that some states with “lax” vaccine requirement laws may eventually “force the hand of the federal health agencies.” (See U.S. News article.)

Sounds like a less than veiled threat, which may also be why the big hullabaloo about “the outbreak”. See if the elected officials can snark their illogical and baseless proposition pass the people, and whether the people will be distracted or incoherent enough to let it happen.

It’s not really about the “philosophical” reasoning. It is whether you continue to allow these people to convince you to give them your authority.

No Matter How Many Times ‘Scientists’ Say Otherwise, Baseless is Baseless

By sticking to a narrow and implausible assertion that there is no scientific link to the MMR vaccine and autism, proponents of vaccinations dodge calling attention to the far greater evidence that the institutionalized use of various delivery modalities of unnatural chemicals is, in fact, connected to all of the maladies that could go under the umbrella of “vaccine damage”.

Whether causal or not, vaccines significantly contribute to the pathogenesis of a myriad of ailments that eventually become chronic and degenerative. Virtually all of which are met by an apparently puzzled research body that professes to feverishly look for “cures”.

This is the psychological morass that is life n America today. Freedoms are being assaulted right at home, by people who would convince us that we need a wall, but deny the damage to health that they are supporting by not halting , or even questioning, their “marching orders.”

I wonder who is beating their drum?

With that apparent indictment of the medical system, a word about OnDoc would seem a contradiction. In fact, because the medical system is how it is, it behooves each to give one’s self a way to interact with its representatives on more equal terms.

OnDoc (On-Doc.com), a startup that launches April 2019, is a new player in the fast-growing telehealth sector. It is not an “insurance” product, but the thousands of doctors that are available through the service are fully able to listen to and evaluate your non-emergency situation and, where necessary, write prescriptions, in far less time than it takes to go through conventional channels, and at less cost.

The company provides 24/7 virtual and timely access to licensed, board certified medical doctors by way of your smartphone, tablet, or video chat. It allows you to handle 75% of the reasons that people visit urgent care, emergency room, and doctor’s office visits, all for a monthly subscription membership of $30, which covers an individual or household.

At the time of this writing OnDoc is in 46 states. Washington is not yet among them. However, the remainder are expected to be on line by the company’s official launch in April.

While the launch is in April, coverage for over 300 million people is available today. The company offers a unique compensation system that allows members to not only get there subscription for free, but to actually make a very nice passive income by sharing this timely and valuable service with others.

For more information, follow this referral link, where you can also use to join.