Why I Refocused and Put All My Energy into Anarchism 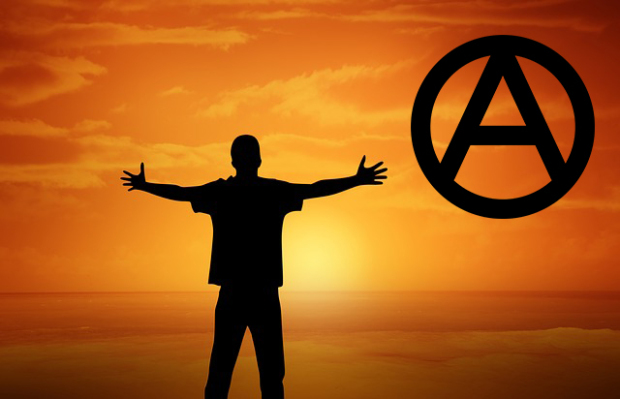 Why I Refocused and Put All My Energy into Anarchism

When I was younger, my intellectual curiosity developed rapidly and it quickly became boundless. I explored and considered every subject I came across.

My Voracious Hunger for Knowledge

Nothing was safe from my voracious hunger for knowledge. I especially became intrigued with what neuroscientists and philosophers of mind came to refer to the “hard problem of consciousness.”

The “hard problem” relates human consciousness and how it arises—or how our “subjective experiences” come into existence. Scientists have little understanding in this area. They don’t even know what consciousness or subjectivity is. How exactly does a physical substrate—the brain—produce imagery in the human mind? Is this just a manifestation of brain processes? Is the mind something separate or part of the body? Can science explain the mechanisms of how consciousness arises and what it is?

These are fascinating questions indeed, and I probably would have focused 100% of my intellectual energies trying to solve these kinds of problems. However, I stopped thinking as hard about these issues. I changed direction and placed my focus elsewhere.

I Refocused My Energy on Anarchism

After I had a run in with State and learned about anarchism, I realized there are more pressing matters than laboring over obscure and arcane questions regarding the nature of human subjective experience and consciousness.

With that said, I would sometimes rather focus on these intriguing philosophical and scientific conundrums. Even though they seem vaguely relevant, a discovery in these areas could bring about a paradigm shift or change the course of human history. Perhaps even lead to a new technological invention that would reshape medicine, neurology, or engineering.

You never know. Anything could happen. I am probably not smart enough to make a huge impact; but because of our current social problems, I have decided my talents and abilities are best spent trying to convince people of better ways to live together. I honestly think I can save more people doing that than by working strictly in advanced fields on specialized subject matter.

But there is an even deeper insight hidden inside this thought.

The presence of governments and existence of politicians have dashed many hopes. Think about how their violence, arbitrary rules, and red tape have dissuaded people from going after their passions in life?

If this parasitical demon of Statism did not exist I would probably be using my time and talents doing other things. So would many other people. But governments have created a situation where the brightest people have been driven to battle for their lives and livelihood rather than spend their time doing other things and ignoring the looming threat of annihilation.

It’s sad that we are in this situation where the most good will likely come from abolishing government rather than building new technologies or gaining more insight into the human brain.

It goes to show how dire of a situation humanity is in.

It is true that those who focus other intellectual issues will help mankind in some way anyway…but what happens to all that good when people destroy each other because of their bad ideas?

Those discoveries will be for naught.

But I have hope that anarchists will help end this crisis by wet nursing humanity out of the womb of violence and into an adulthood of peace and love.

“There is no peace now, and there will never be peace, so long as one rules over another.”
~Voltairine de Cleyre

Sterlin Luxan is a visionary thinker, cryptocurrency junkie, connoisseur of psychology, an MDMA high priest, and the Mr. Rogers of Anarchism. He writes for bitcoin.com, runs a consultancy business in the crypto space, and public speaker. He created the doctrine of relational anarchism and contributes to many causes in the thriving liberty ecosystem.