Why Vegetable Oils Are Carcinogenic 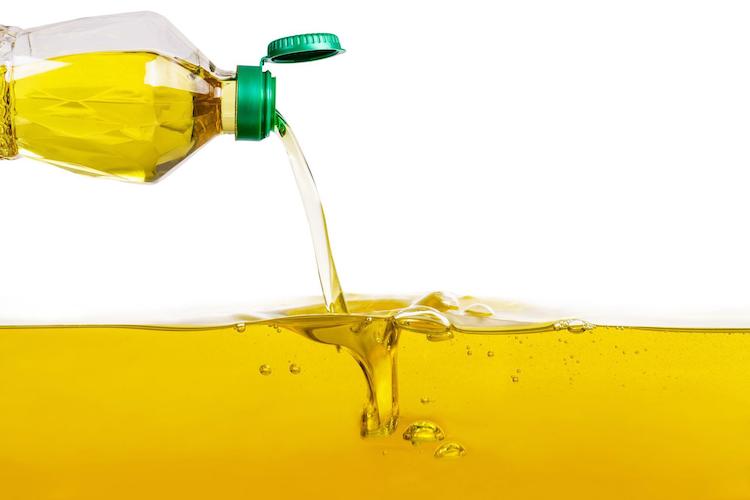 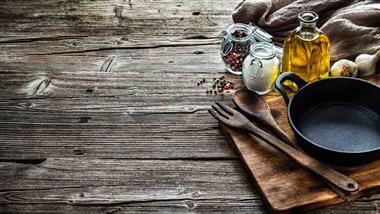 Dietary fats are a crucial component of a healthy diet, but the devil’s in the details, and the type of fats you choose can make a world of difference. Replacing dangerous oils with healthy fats is one simple way to boost your health and reduce your risk of chronic disease.

Sadly, the fats that promote ill health are the very ones we’ve been told are the healthiest, and vice versa. Among the absolute worst types of fat you can eat are vegetable oils, such as corn oil, soybean oil, sunflower and canola oil, found in most processed foods and restaurant meals.

According to the 2017 U.S. Department of Agriculture report,1 “U.S. Trends in Food Availability,” consumption of saturated animal fats such as butter, lard and beef tallow fell by 27% between 1970 and 2014, while consumption of vegetable oils rose by 87%. Intake of salad and cooking oils specifically rose by a remarkable 248%.

In my view, processed vegetable oils, rich in omega-6 polyunsaturated fatty acids (PUFAs), are the most dangerous dietary factor of them all, taking a greater toll on human health than high fructose corn syrup even.

Not only have vegetable oils been linked to heart disease, gastrointestinal diseases such as irritable bowel disorder, and inflammatory conditions such as arthritis, they’ve also been linked to cancer, especially neuroblastoma, breast, prostate, colon and lung cancer. 2

Vegetable Oils — A Hidden Cause of Cancer

In a November 8, 2019, Medium article,3 Maria Cross, a nutritionist with a master of science degree, discusses the science behind vegetable oils and what makes them carcinogenic. She explains:

“There are two classes of PUFA: omega-6 and omega-3. Although functionally distinct and non-interchangeable, these two classes are perpetually engaged in a metabolic balancing act, pushing and pulling as they compete for absorption in the body.

There is nothing intrinsically wrong with omega-6 PUFAs: we need them … If omega-6 fat is essential to health, it makes no sense that it can also cause cancer …

That’s why scientists believe that it is not omega-6 per se that is to blame; it’s the balance between the two groups of PUFA that is out of kilter and wreaking havoc on our bodies. We evolved on, and are genetically adapted to, a diet that provides more or less equal amounts of omega-3 and omega-64 …

With the industrialization of our diets, and the vast quantities of vegetable cooking oils that go into them, the ratio between omega-6 and omega-3 has shifted enormously and we consume up to 25 times5 more omega-6 than omega-3 …

There can only be consequences, and indeed there are: experimental data6 supports the theory that it is this skewed balance between the two PUFAs that influences the development of a tumor.”

The cancer connection is also reviewed in a 2016 paper,7 “Role of Diets Rich in Omega-3 and Omega-6 in the Development of Cancer,” which points out that “Omega-6 and omega-3 PUFAs often compete with one another for metabolism and act in an opposing manner.”

Table 1 in that paper lists eight known mechanisms by which omega-3 lowers your risk of cancer. For example, omega-3 has been shown to inhibit insulin-like growth factor (IGF) and down-regulate growth factor receptors involved in cancer.

Omega-3 fats also reduce angiogenesis and cell-to-cell adhesion, improve the structure and function of cells, combat inflammation (which is a hallmark of cancer10) and induce cancer cell apoptosis (cell death).11 Table 2 in that same paper lists the pro-tumor mechanisms of omega-6 fats, which include:12

As explained in my book, “Superfuel,” co-written with James DiNicolantonio, Pharm.D., omega-6 also inhibits cardiolipin, an important component of the inner membrane of your mitochondria that needs to be saturated in DHA in order for it to function properly.13

Cardiolipin can be likened to a cellular alarm system that triggers apoptosis (cell death) by signaling caspase-3 when something goes wrong with the cell. If the cardiolipin is not saturated with DHA, it cannot signal caspase-3, and hence apoptosis does not occur. As a result, dysfunctional cells are allowed to continue to grow, which can turn into a cancerous cell.

Cancer is by far not the only health risk associated with vegetable oils. As mentioned, they promote virtually all chronic disease by throwing your omega-3 to omega-6 ratio off kilter. But they also influence your disease risk in other ways.

The omega-6 PUFAs found in vegetable oils have highly perishable bonds that react with oxygen, creating a free radical cascade that turns normal fatty acids in your body into dangerous high-energy molecules that zip around, wreaking havoc in a way similar to that of radiation.

What’s more, many of the vegetable oils produced today — especially corn and soy oil — are genetically engineered and a significant source of glyphosate exposure, and glyphosate has also been linked to gut damage and other health problems.

Shanahan’s book also expounds on the hazards of 4-hydroxynonenal (4HNE), which forms during the processing of most vegetable oils. 4HNE is highly toxic, especially to your gut bacteria, and consumption of 4HNE has been correlated with having an obesogenic balance of gut flora.

4HNE causes cytotoxicity and DNA damage, and instigates free radical cascades that damage the mitochondrial membrane. As noted by Shanahan in our 2017 interview, featured in “Dietary Fats — The Good, the Bad and the Ugly”:

“You can’t design a better delivery vehicle for a toxin that’s going to destroy your health slowly over the course of maybe 10, 20 years, depending on the genetics of your antioxidant system capacity.”

Shanahan also notes that organic vegetable oil is not the answer, as 4HNE occurs even if the oil is obtained from organic crops. It’s an intrinsic byproduct of the refining and processing of the oil, no matter how healthy the oil initially was.

The omega-6 found in vegetable oils also damages the endothelium (the cells lining your blood vessels), allowing LDL and very low-density lipoprotein (VLDL) particles to penetrate into the subendothelium.

In other words, these oils get integrated into your cell and mitochondrial membranes, and once these membranes are impaired, it sets the stage for all sorts of health problems.

They also make cell membranes less fluid, which impacts hormone transporters in the cell membrane and slows your metabolic rate, and inhibit the removal of senescent cells — aged, damaged or crippled cells that have lost the ability to reproduce and produce inflammatory cytokines that rapidly accelerate disease and aging.

Marine-based omega-3 is one of the most important fats in the human diet, as docosahexaenoic acid (DHA) and eicosapentaenoic acid (EPA) are actually key structural elements of cells, including your brain cells, and not just simple fuel. If you don’t have enough DHA and EPA, your body’s ability to repair and maintain healthy cell structures is seriously impaired.

The key that many overlook is the importance of getting the ratio of omega-3 to omega-6 right. Simply adding in more omega-3 might not be sufficient if you’re not also taking steps to significantly lower your omega-6 intake, and vegetable oils are a primary source.

As noted in the 2002 paper,18 “The Importance of the Ratio of Omega-6/Omega-3 Essential Fatty Acids”:

“Excessive amounts of omega-6 polyunsaturated fatty acids (PUFA) and a very high omega-6/omega-3 ratio, as is found in today’s Western diets, promote the pathogenesis of many diseases, including cardiovascular disease, cancer, and inflammatory and autoimmune diseases, whereas increased levels of omega-3 PUFA (a low omega-6/omega-3 ratio) exert suppressive effects.

In the secondary prevention of cardiovascular disease, a ratio of 4/1 was associated with a 70% decrease in total mortality. A ratio of 2.5/1 reduced rectal cell proliferation in patients with colorectal cancer, whereas a ratio of 4/1 with the same amount of omega-3 PUFA had no effect.

The lower omega-6/omega-3 ratio in women with breast cancer was associated with decreased risk. A ratio of 2–3/1 suppressed inflammation in patients with rheumatoid arthritis, and a ratio of 5/1 had a beneficial effect on patients with asthma, whereas a ratio of 10/1 had adverse consequences.

These studies indicate that the optimal ratio may vary with the disease under consideration. This is consistent with the fact that chronic diseases are multigenic and multifactorial.

Therefore, it is quite possible that the therapeutic dose of omega-3 fatty acids will depend on the degree of severity of disease resulting from the genetic predisposition. A lower ratio of omega-6/omega-3 fatty acids is more desirable in reducing the risk of many of the chronic diseases of high prevalence in Western societies

Since most processed foods and restaurant foods contain these oils, ridding your diet of them means ditching processed fare and restaurant meals, and cooking from scratch using healthier cooking fats. While you do need omega-6, it should be in its unprocessed form, not industrial vegetable oils. Good sources are whole, raw plant seeds and tree nuts.

While the devil’s in the details, and the details may be complicated, the simplest way to understand what a healthy diet consists of is to think back 100 years or so and consider what food was back then, and how it was prepared.

What you’re aiming for is real food — whole food that is as close to its natural state as possible. This may be particularly important when it comes to fats. Again, ditching vegetable oils and any food cooked with it can go a long way toward lowering inflammation and mitochondrial and cellular damage, which will protect you from a variety of common killers, including cancer. As for what to replace the vegetable oils with, the following are among your healthiest options:

•Coconut oil is another excellent cooking oil that is loaded with health benefits.

•Olive oil — Authentic olive oil contains healthy fatty acids that can help lower your risk of heart disease. While the standard recommendation has been to avoid using olive oil for cooking and to only use it cold, recent research27 in which 10 popular cooking oils were compared contradicts this advice, showing extra-virgin olive oil actually scored best for both oxidative stability and lack of harmful compounds produced when heated.

A word of caution is warranted, however. Fake olive oil abounds,28 so it’s important to take the time to investigate your sources. Many are adulterated with cheap vegetable oils or nonhuman grade olive oils,29 which are harmful to health in a number of ways. For more information, see “Is Your Olive Oil Fake?” where I cover this topic in-depth.

•Organic butter (preferably made from organic grass fed raw milk) instead of margarines and vegetable oil spreads — Butter is a healthy whole food that has received an unwarranted bad rap.

•Organic ghee is even better, as you remove the milk solids that many have problems with — Ghee is pure fat with no carbs and is what I personally use. The best way to make it is to place it in a glass container in a dehydrator and don’t heat it higher than 100 degrees F. to preserve the quality.

You can suck off the milk solids with a glass baster. Once you have the ghee you don’t even need to refrigerate it as it is stable at room temperature for many weeks.

To round out your healthy fat intake, be sure to eat raw fats, such as those from avocados, raw nuts, raw dairy products and olive oil. Also increase your animal-based omega-3 fat intake by eating more sardines, anchovies, mackerel, herring or wild-caught Alaskan salmon, or take a supplement such as krill oil.