Why We Need To Expand Our Scientific Methods: Empiricism Old & New 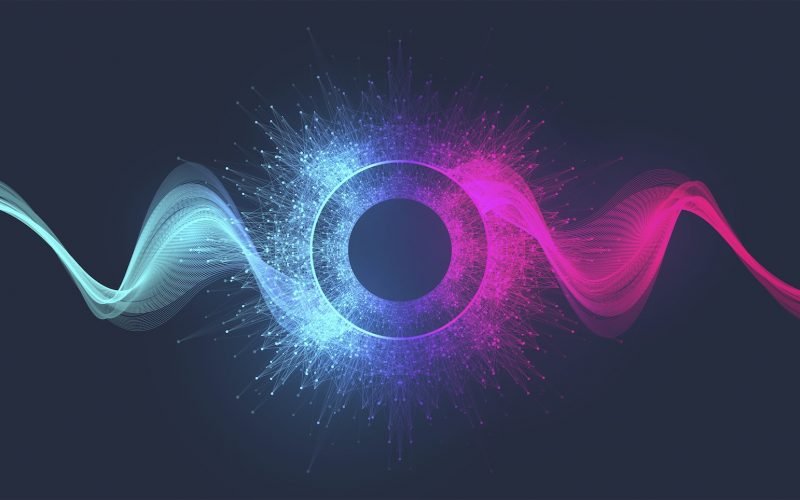 Why We Need To Expand Our Scientific Methods: Empiricism Old & New

Modern science some time ago became enamored of attempts to “be objective.” To be objective implies eliminating a personal point of view as much as possible from science. Science writing itself still reflects this trend today with awkward passive phrasing such as “it is shown” or “it was found,” rather than “I show” or “we show.”

There is, of course, in any attempt to be objective a pretense of there not being a person making the statements at issue. But there is in fact always a person, a scientist, doing the science. In this manner, science is inherently and irrevocably subjective, not objective.

Erwin Schrödinger, one of the key architects of quantum mechanics in the early part of the 20th Century, labeled this approach in 1954 the “principle of objectivation” and expressed it clearly:

By [the principle of objectivation] I mean … a certain simplification which we adopt in order to master the infinitely intricate problem of nature. Without being aware of it and without being rigorously systematic about it, we exclude the subject of cognizance from the domain of nature that we endeavor to understand. We step with our own person back into the part of an onlooker who does not belong to the world, which by this very procedure becomes an objective world.

This practice, of “being objective,” is part of what I call in this column “old empiricism.” It’s a way of doing science that pretends there isn’t inherently a person doing the science. And in this manner, the simplicity that objectivation once afforded is now outweighed by the confusion that the pretense leads to.

Now that science is firmly engaged in examining consciousness itself—a shift from even a couple of decades ago when it wasn’t considered very scientific to engage in such studies—it is time to drop the pretense and face the subjective realm head on. One of the key tasks of today’s science is how to resolve, scientifically, the classic mind/body problem. The mind/body problem is all about establishing the relationship between objective/external reality and subjective/internal reality.

A good example of what I mean by old empiricism is Sean Carroll’s argument, in his 2010 book, From Eternity to Here, for entropy as the explanation for the observed arrow of time we see in the universe around us and in our daily lives. The arrow of time is considered a problem because many of our physical theories suggest that there is no inherent direction or arrow to time. So why do we remember the past and imagine the future?

Carroll explicitly leaves out any substantial discussion of the psychological flow of time or questions of consciousness or first-person empiricism in his book. He starts, rather, with the traditional “objectivist” viewpoint that has defined modern science for some time. He raises the question of the psychological passage of time as an issue in physics but then says that he’s not going to address it. But addressing the experienced passage of time is as much a physics question as anything else in physics, and is perhaps fundamental to the nature of reality and thus to physics. We can’t ignore this issue if we are to have a more complete physical understanding of the world.

My feeling is that modern science, while it has achieved tremendous gains in human knowledge, is in some ways running out of steam in our attempts to tackle the remaining “big questions,” and this is largely because of this historical commitment to “objectivation.” It’s time to expand our scientific methods to include the half of nature—subjectivity—that were explicitly left out of many areas of science in order to simplify our approach. It is time to correct that simplification by seeking a more complete account of nature that includes the subject. This expansion in our scientific perspective is what I call “new empiricism.”

The second important point contained in the new empiricism I’m advocating here is the need to take primary experience more seriously than has been the case for the last couple of hundred years. Where our physical theories clash with primary level empiricism—the direct evidence of our senses—in most cases, the resolution should be to prefer the evidence of our senses over the experimental evidence.

Where exactly we decide the dispute in each potential conflict is a matter of debate. We can offer an example where the evidence of our senses is indeed misleading: judging whether the earth is flat or round. In everyday experience the earth does seem flat and yet we have no problem accepting that this is an illusion resulting from the scale of our planet compared to our human scale. When we pull back from the surface of our planet, we can see very clearly that the planet is a sphere. It didn’t even require that we get in an airplane or a spaceship to accept that the earth is round. Rather, theories and evidence gathered from various experiments convinced most people that the earth was round long before the era of mechanized flight. For example, Aristotle deduced that the Earth was round by observing that ships on the horizon disappeared hull first, then mast and sails.

Other illusions of our normal experience include the feeling that the sun orbits the earth, when it is more accurate to say that the earth orbits the sun. Another obvious illusion of our senses is our brain’s ability to fill in the blind spot in each of our eyes with the surrounding image, a phenomenon that arises from the evolutionary accident that our optical nerve goes through our retina rather than attaching to the back of the retina as in some other species. The filled-in field of our vision is entirely fabricated by the brain to match the area near the blind spot. But as we can see from the classic spot on a piece of paper experiment, this trick of our brain can be misleading.

There are a ton of illusions like this that have become apparent to modern science. It is no surprise, then, that the scientific pendulum may have swung too far toward the view that even fundamental aspects of our existence, like the passage of time, may in fact be an illusion. I’ll discuss this particular “illusion” more below.

Old empiricism takes the implications of mathematical theories further than empirical facts should allow. For example, the various physical theories that take time to be symmetrical (as space is symmetrical) should be re-considered with great scrutiny in the light of the direct evidence of our senses and of our experiments that time seems to pass in one direction only, and that the subjective passage of time is real.

Another good example of what I am calling here “old empiricism” comes from Huw Price’s 1996 book, Time’s Arrow and Archimedes’ Point: New Directions for the Physics of Time:

Price’s viewpoint is perhaps an extreme point of view because he is calling explicitly for a non-empirical point of view. He realizes that everything that we know and experience is, of course, within time, and yet he calls for science to ignore this obvious and direct empirical basis for science in creating a physics that is truly a “view from no-when,” to use Price’s phrase.

Price seems to get it exactly backwards in terms of his understanding of the relationship between the world and physical laws. He states: “[W]hat is puzzling is why the physical world should be asymmetric in time at all, given that the underlying physical laws seem to be very largely symmetric.”

It should be an uncontroversial point that physical “laws” are entirely human creations, derived specifically from empirical facts and deduction, not the other way around. So it shouldn’t be at all puzzling that the physical world shows temporal asymmetry because if our physical laws are symmetric and the world is asymmetric then the physical laws are wrong or at least incomplete. The fact that someone of Price’s stature can make such statements without seeing this problem illustrates the degree to which modern science and philosophy have strayed from empiricism and common sense.

A good thought experiment for assessing whether our common sense view of a particular phenomenon is illusory in some manner is to zoom in and out on the phenomenon, literally or figuratively, just as we do in assessing whether or not the Earth is actually flat or round.

When we zoom in and out with respect to the passage of time we can see that no matter how much we zoom in or out on any particular phenomenon there is always the passing of time. The phenomena observed are always changing in some manner no matter how close up we look at, say, cellular processes, or subatomic particles; similarly, no matter how far we zoom out, at far-away galaxy clusters, for example, we still see change and thus the passing of time. So it seems that empirically we have no evidence whatsoever to support the notion that the passage of time is illusory.

Time For A Change?

Luckily, Einstein, Price, Carroll and the many other physicists and philosophers who see time as illusory, face the opposing viewpoint from an increasing number of other scholars who see a strong need to re-establish the reality of the passage of time. Lee Smolin, a physicists with the Perimeter Institute in Canada, and Tim Maudlin, a philosopher with a strong background in physics, have both argued in recent years that conventional physics’ rendering of time as somehow illusory is a major mis-step. Smolin has made his case in two recent books, Time Reborn and, with Roberto Mangabeira Unger, The Singular Universe and the Reality of Time. Tim Maudlin has argued his case in his book, The Metaphysics Within Physics, in the chapter called “On the passing of time.”

Stephen Hawking, perhaps the most pre-eminent physicist of our time, also provides some support for the “time is real” camp. Hawking states:

In the standard positivist approach to the philosophy of science, physical theories live rent free in a Platonic heaven of ideal mathematical models. That is, a model can be arbitrarily detailed and can contain an arbitrary amount of information without affecting the universes they describe. But we are not angels, who view the universe from the outside. Instead, we and our models are both part of the universe we are describing.

These are not easy topics to get one’s head around, but I highlight the issues surrounding the nature of time because the bottomline here is pretty clear: everything we see, experience and measure shows the passage of time. Once today’s physics gets its head around that empirical reality we can start to really make headway on other thorny issues like the nature of consciousness and the mind/body problem.