Why You Should Practice Uitwaaien 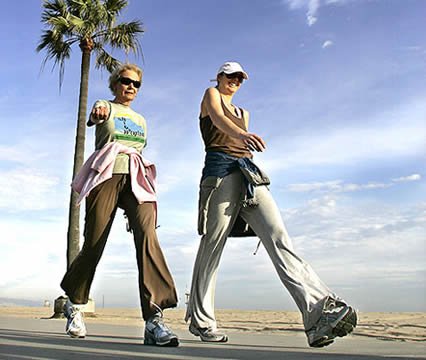 Why You Should Practice Uitwaaien

Important psychological benefits come from a unique pastime in the Netherlands which highlights the importance of breathing and spending time outdoors all year long.

It is a simple motion that one learns to do as a toddler, be outside and move your body that we take for granted.

In the Netherlands, people have been seeking out windy exercise for more than a hundred years. Today, the practice is so common that it’s known as “uitwaaien.” It “literally translates to outblowing,” explains Caitlin Meyer, a lecturer at the University of Amsterdam’s Department of Dutch Linguistics. “It’s basically the activity of spending time in the wind, usually by going for a walk or a bike ride.” Meyer has lived in the Netherlands for more than 20 years and has come to specialize in the language, despite being a non-native speaker. She says uitwaaien is a popular activity where she lives–one believed to have important psychological benefits. “Uitwaaien is something you do to clear your mind and feel refreshed–out with the bad air, in with the good,” she tells me. “It’s seen as a pleasant, easy, and relaxing experience–a way to destress or escape from daily life.”

A growing body of evidence suggests that Dutch speakers may be onto something. “Pretty well every group of people benefits from being outdoors in the presence of nature,” says Jules Pretty, Professor of Environment and Society at the University of Essex. “It takes us out of the stresses and anxieties of the rest of life.” Over the last 15 years, he’s explored how a range of outdoor activities affect human psychology, including walking, cycling, and even farming. He’s found that people from all walks of life can increase their well-being after spending as little as five minutes amid natural settings, with positive impacts on sense of self-worth, mood, and sense of identity.

Other researchers have found similar results, linking activities like nature walks with reduced levels of depression, perceived stress, and negative emotions. Some research goes even further, reporting that walking in nature can help reduce headaches, improve immune function, and even, as in the case of the famous forest-bathing studies, increase anticancer protein production.

While research into the benefits of waterscapes isn’t as well-established, evidence suggests these “blue spaces” may be equally–or perhaps even more–beneficial to mental well-being. For example, people who live closer to the coast, like many Netherlanders do, report better physical and psychological health than those farther inland. Water may have a restorative effect, helping people overcome negative emotions and diminish their mental distress. Apparently, when it comes to relaxation and recovery, a little “outblowing” at the beach might be just what the doctor ordered.

There are lots of theories about why spending time in nature might be so good for us. Some researchers, like Qing Li, a physician at Nippon Medical School Hospital and the President of the Japanese Society of Forest Medicine, believe the answer may literally be blowing in the wind. He and his team have spent years studying the effects of phytoncides, antibacterial and antimicrobial substances that trees and other plants release into the air to help them fight diseases and harmful organisms. When humans breathe in these substances–typically by spending time in nature–their health can improve. Across several studies, phytoncides have been shown to boost immune function, increase anticancer protein production, reduce stress hormones, improve mood, and help people relax.

Pretty attributes the restorative power of natural spaces to their immersive quality. He tells me that activities like watching shorebirds or collecting seashells on the beach can be really engaging–so engaging that they can help us temporarily deactivate a part of the brain, located in our prefrontal cortex, called the default mode network, which allows us to scheme, plan, and innovate. “It’s what makes us brilliant humans,” Pretty says. The trade-off is that it’s also extremely active. “The one thing that we haven’t got is an off-switch for our thoughts,” he says. As a result, many of us “find ourselves living our lives on simmer–[like we’ve] got a pot on the stove that’s almost ready to boil.”

In the long-term, this constant low-grade stress can damage our health and well-being, increasing our chances of cardiovascular diseases, inflammation-related issues, and other dangers. That’s why Pretty believes a regular “dose” of something akin to uitwaaien can be so beneficial. In our over-stressed society, listening to the sound of the wind or admiring the colors of ocean waves may be among the few ways we can truly unwind. “We just need a name for it, an encouragement for people to undertake it and then to carry on doing it.”

Uitwaaien, being a difficult-to-translate word, may be perfectly suited to the task. “One of the main functions of language is to map our experiences of the world around us,” says Tim Lomas, a Senior Lecturer in Positive Psychology at the University of East London. The more nuanced the vocabulary we have available to describe something, in other words, the more detailed the map we can create of it. “One way to look at untranslatable words is that they’re mapping a part of the world that our own language doesn’t map,” says Lomas. By learning what these words mean, we may be able to access feelings or experiences that we wouldn’t otherwise. “There will be experiences that aren’t captured by our own language,” he says. “And for that we can learn from other languages.”

Learning to use words from other languages regularly can be a challenge, of course. “Even though I think it’s very useful for people to engage with words from other cultures, it’s still hard,” he says. He adds that if people really want to incorporate an activity like uitwaaien into their lives, they need to “work on practicing it, and then get better at experiencing it and cultivating it.”

Pretty agrees. “Go out at lunchtime and take a break,” he says. “Park a bit further away [from the office] and walk for five minutes.” Whatever your lifestyle, he says, look at your schedule, and ask yourself the simple question: “How you can fit in small amounts of exposure to nature?”

So open that calendar app and note some time for uitwaaien. Whether it’s a windy, riverside bike ride or a jog up a steep San Francisco hill, chances are, your mind–not to mention your body–will thank you for it.