Winter Solstice and the Importance of Natural Cycles 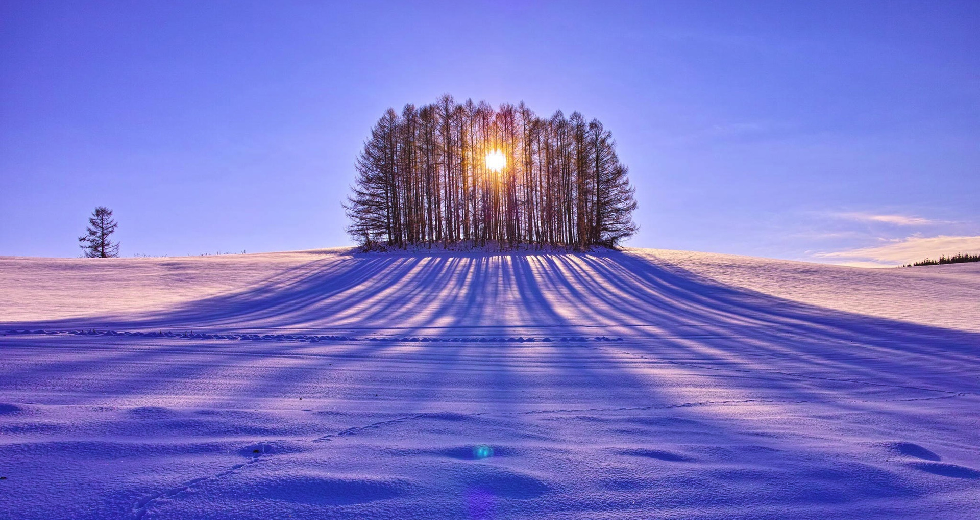 Winter Solstice and the Importance of Natural Cycles

We are fast approaching what is for me the most important time of the Heathen calendar: Winter Solstice. Despite coming at the conclusion of the year, it is far more a new beginning than an end.

For us Heathens, nothing really ends. We being keen observers of nature see things in a cyclical manner. We may come in birth and go in death, but life, that is eternal. The Winter solstice brings to an end the Autumn season, being preceded by the Reaper of the harvest and the remembrance and reflection that cannot help but follow. A time when we take stock of not only the previous year, but also the lives of those who came before us. We being the continuation of their life, their dream of immortality.

At this time of year Sunne symbolically dies, and after three days in “limbo” is reborn, again we see within Sunne’s movements the eternal and persistent nature of life. Once again she begins her ascension, and thus this time of year is not only symbolic of the eternal nature within all things, but of new beginnings, where we re imagine ourselves, so that we like the glorious Sunne, may be born anew.

Winter solstice marks the beginning of winter, an end to the Autumn harvest season. This can also appear rather confusing, common terms like the “winter of life” seemingly put the season of winter at the end, yet in our modern calendars it appears right at the beginning of the year. Even if we take into account that many believe in the past, Winter solstice would mark the middle of winter, it still places winter, as an in-between place.

This is of course quite obvious when we think of the immediate symbology of Autumn and spring. That is, Autumn as a time of harvest, thus death marked with the ominous scythe, and spring a time of renewal, as seeds crack their shells and begin to reach upward toward the light.

This in-between nature is even marked in the smaller cycles. For most people, Monday morning marks the beginning of their working week, yet like winter, it is Sunday, named after the magnificent Sunne that is the true start, yet again though it seems to appear at the end. Also like its namesake, Sunday follows the reaper, Saturday, named after the Roman God Saturn, who in turn takes his form from the Greek God Cronus, the harvest God and devourer of time.

Winter is the in-between place, the time of slumber, before birth and after death. On an even smaller scale we practice this “winter” ritual everyday without even realising it. Every night we go to slumber and sleep, a time we cannot fully remember, a time where we rest in the peace of our own minds, a symbolic death if you will. Then each morning we wake, Stretch out like an unfurling sapling reaching out for the light as we begin a new day.

Through simple observations the cyclical and fractal like nature of the universe begins to become apparent. These cycles do not only effect things within the natural, like sleep and seasons, but also enter the world of men in more puzzling and less explainable ways.

Take for example Armistice day of WW1, that countries like Britain and America use to mark their remembrance ceremonies. The first armistice occurred on the 11th of November 1918, (Subsequent ones also occur around this period). How seemingly perfect this date is, that a war would end at the late harvest and also a time of remembrance. This celebration albeit more abstract has many similarities with ancient festivals such as Samhain which also occur around the same time of year. Of course not all wars end in the Autumn, but we chose this day to celebrate the memory of lost on this date.

We find similar times of remembrance, ends and beginnings in other celebrations too. Take for example the celebration again of remembrance, Thanks giving. Which celebrates the memory of the first intrepid adventurers to new worlds. This occurring like before in November and could be seen too as an end of and a beginning. An end of an old way and a kind of “pre birth” of a conception of an idea that would eventually bloom at around midsummer some 150 years later.

And who could forget the “new years resolution”, a time where we dream a new image of ourself a rebirth, just like Sunne. Occurring again at this time of conception, as we conceive a new idea of how we wish to be in the new year.

The powerful cycles of nature have a profound effect upon our lives, if we realise it or not. From the small to the large, possibly affecting whole fates of endeavours and trials. It would be wise like our forebears to observe these days and patterns to better live within the harmony of our surroundings. So please this solstice take the time to “slumber” and reimagine yourselves and the world in a better way, so that when you break free of your shell in the spring you have everything you need to unfurl it into this reality.

On a side note, we here at Mimir’s Brunnr have also undertaken a new venture at this time of ends and beginnings and this Solstice weekend, we will be doing our first live stream. We will be discussing some of the ideas in this article, and looking forward to the new times ahead for our folk and faith. If you are about please join us. If though you cannot make it and have any questions or insights regarding this subject, please feel free to share them here and I’ll try my best to cover them on the night.

We will be streaming on several platforms, including Youtube, Facebook and D live. The streams will be archived on our LBRY channel too, so make sure to check that out. More details on the exact time of the stream will be announced soon!

Till then be well
Mimir’s Brunnr