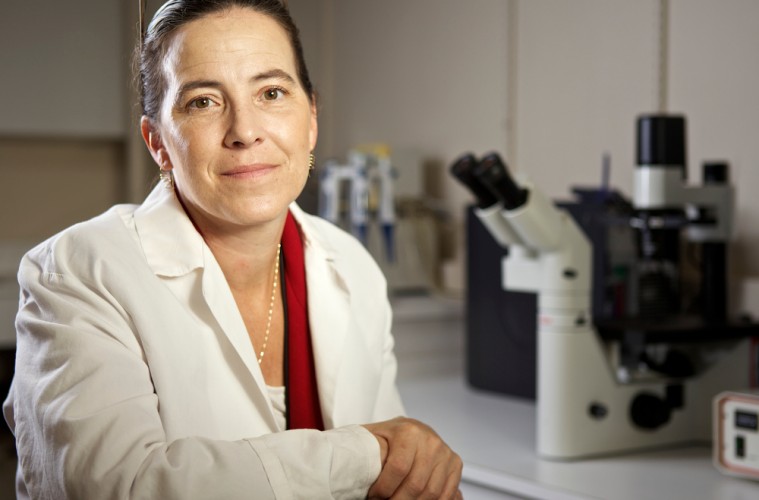 Dr. Theresa Deisher recently granted an interview with the VAXXED team to discuss, among other things, vaccines and autism.

Dr. Deisher is a genetic engineer with over 20 years experience in the pharmaceutical industry, from basic human biology through clinical trials.

Dr. Deisher obtained her Ph.D. in Molecular and Cellular Physiology from Stanford University and has spent over 20 years in commercial biotechnology. Prior to founding AVM Biotechnology and Sound Choice Pharmaceutical Institute (SCPI), she worked with leading biotechnology companies, including Genentech, Repligen, ZymoGenetics, Immunex and Amgen.

Dr. Deisher is an inventor on 23 issued U.S. patents, and her discoveries have led to clinical trials of FGF18 for osteoarthritis and cartilage repair, and for Factor XIII for surgical bleeding. Dr. Deisher was the first person to discover adult cardiac derived stem cells, and has been a champion of adult stem cell research, both professionally and privately, for two decades. Dr. Deisher was a plaintiff in the U.S. federal lawsuit to prohibit use of federal tax payer dollars for embryo destructive research, which was instrumental in steering science towards adult stem cell research, which has led to 14 U.S. FDA approved adult stem cell products and the Washington Post Dec 2013 headline “Scientists Go Ethical in 2013.”

AVM Biotechnology is the marquee prolife biotech company worldwide, certifying that it does not use morally illicit material in any process. SCPI’s mission is to end human trafficking in biomedical research.

Discovering the Link Between Fetal Tissue in Vaccines and Autism

Dr. Deisher states in her VAXXED interview that she looked at the rise in autism rates in the U.K. and its link to the MMR vaccine, originally discovered and published by Dr. Andrew Wakefield, and how the medical establishment tried to discredit Dr. Wakefield’s research.

She notes that one reason given to try and discredit Dr. Wakefield’s research was that MMR vaccination rates remained steady both prior to and after the spike in autism rates in 1988.

However, what she discovered that was not reported was that the manufacturer of the MMR vaccine switched from animal cells to develop cultures to human fetal cells from aborted babies in 1988.

So she had one of her Ph.D. researchers investigate the matter more thoroughly, and compare autism rates to the use of human fetal cells in vaccines, and she discovered that every time fetal cells were introduced into the manufacture of vaccines, autism rates increased.

Say NO to Mandatory Vaccines T-Shirt

Make a Statement for Health Freedom!

Big Pharma and government health authorities are trying to pass laws mandating vaccines for all children, and even adults.

Show your opposition to forced vaccinations and support the cause of Vaccine Impact, part of the Health Impact News network.

In this autobiography she explains why good doctors are constrained within the current corrupt medical system from practicing real, ethical medicine.

One of the sane voices when it comes to examining the science behind modern-day vaccines, no pro-vaccine extremist doctors have ever dared to debate her in public.

One of the biggest myths being propagated in the compliant mainstream media today is that doctors are either pro-vaccine or anti-vaccine, and that the anti-vaccine doctors are all “quacks.”

However, nothing could be further from the truth in the vaccine debate. Doctors are not unified at all on their positions regarding “the science” of vaccines, nor are they unified in the position of removing informed consent to a medical procedure like vaccines.

The two most extreme positions are those doctors who are 100% against vaccines and do not administer them at all, and those doctors that believe that ALL vaccines are safe and effective for ALL people, ALL the time, by force if necessary.

Very few doctors fall into either of these two extremist positions, and yet it is the extreme pro-vaccine position that is presented by the U.S. Government and mainstream media as being the dominant position of the medical field.

In between these two extreme views, however, is where the vast majority of doctors practicing today would probably categorize their position. Many doctors who consider themselves “pro-vaccine,” for example, do not believe that every single vaccine is appropriate for every single individual.

Many doctors recommend a “delayed” vaccine schedule for some patients, and not always the recommended one-size-fits-all CDC childhood schedule. Other doctors choose to recommend vaccines based on the actual science and merit of each vaccine, recommending some, while determining that others are not worth the risk for children, such as the suspect seasonal flu shot.

These doctors who do not hold extreme positions would be opposed to government-mandated vaccinations and the removal of all parental exemptions.

In this article, I am going to summarize the many doctors today who do not take the most extremist pro-vaccine position, which is probably not held by very many doctors at all, in spite of what the pharmaceutical industry, the federal government, and the mainstream media would like the public to believe.