You’re an Expert Germaphobe Making you a Great Slave! 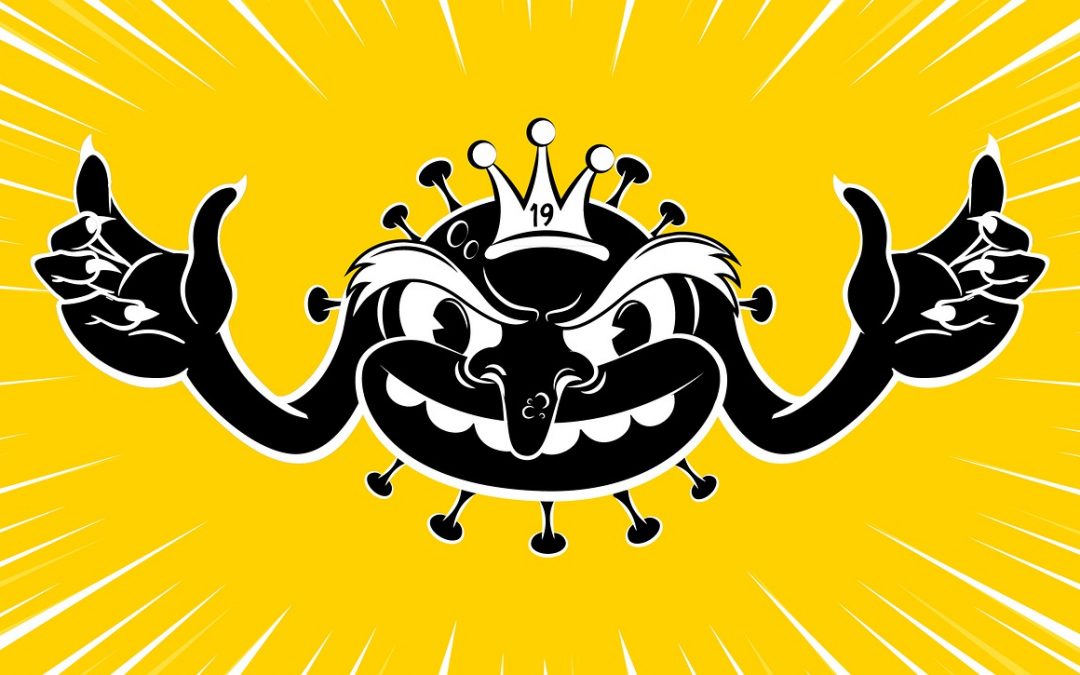 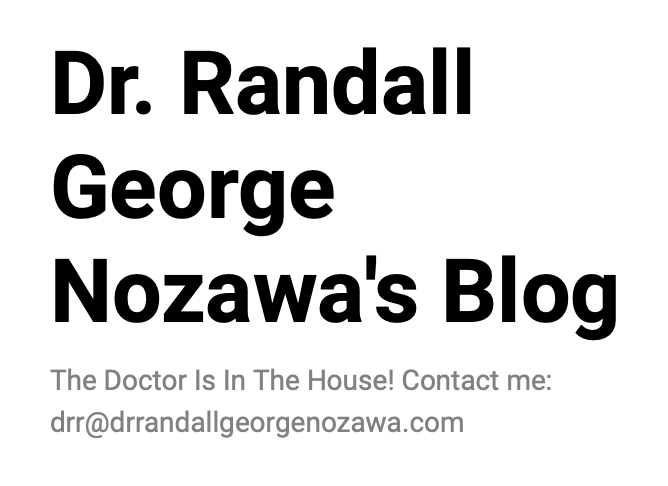 Think about this and look back at what hygiene rules you were taught and reminded of numerous times in a day. Sneeze away from others or into a tissue, cover your mouth when you cough, don’t put your fingers in your mouth , wash your hands, take this pill for your cough, take this pill for your fever, take this pill for your allergy, take this pill for your stuffiness, take this pill for your indigestion, take this pill for your back pain, take this pill for your headache, take this pill for bigger muscles, put this cream on your rash, vaccines protect you from getting sick, you’ll get sick by hanging around sick people, vaccines eradicated Polio and Small Pox. Unknown to your parents, relatives, teachers, and the adults is that they are teaching you by repetition of the Pasteur Germ Theory, which is a microbe blamed for an illness. Historically, studies on contagions do not exist except for the noted 1918 Flu which was virulent killing thousands, presumably. Health officials wanted to know the mode of the Flu infection so they offered those in prison a deal where they were in close proximity with those presumably sick with the Flu. An added feature was that nasal and oral swabs were taken from the sick and rubbed in the nostrils and mouths of the prisoners wanting to get out of jail by participating in the experiment. This is unethical and immoral looking back since the 1918 Flu which started in a Midwest military base, supposedly killed thousands. Astonishingly, none of the participating prisoners fell ill, perplexing the knowledge hungry administrators schooled on the Pasteur Germ Theory, or a single organism causing a disease. So why didn’t any of the participating inmates get sick? The confusion was that the Pasteur Germ Theory didn’t work for this Flu which actually may have caused many to die. Explanations for the high mortality, were increased stress because of war, increased EMR in the use of Walkie Talkie electronic devices, poor nutrition or decreased availability of healthy foods, and people self locked down because of fear for the loved ones away in mortal confrontation which may have lowered their immunity and resistance to other pathogens including the blamed Flu bug. Combine Rockefeller Western pill for an ill Pharmaceutical investment symptom management and unvalidated Pasteur Germs causing disease premise, and born is Germaphobia, washing hands, covering your mouth when coughing, sneezing away from people, taking drugs for any sign of illness, and indoctrination into cult sickcare no different than inculcation into the Christian church, the Jim Jones People’s Temple, or the brainwashing into the suffocating world of Scientology.

Any child with a fever is given drugs or called medicine to bring down the fever and a quicker return to supposed health. Parents were not taught that the elevated body temperature called fever is actually the body healing itself as the Immune white blood cell army is attacking invaders and doing the healing job it was designed to do. Back then feverish congested kids stayed home, took temperature reducing aspirin which also thins the blood reducing clotting, given Orange juice or bolus of sugar increasing the inflammation and ironically prolonging the fever, and despite misguided parental missteps in supporting their child’s immune system, the innate back to balanced health intelligence taking over and allowing the child to heal. In cases like this, water, Lemon, Bicarbonate, and a pinch of Turmeric would deacidify the child’s blood, the liquid flushing out dead cells primarily the nonhuman microbial warriors, and healing sleep facilitating the drainage and return to symbiotic balance.

Over a hundred years later, bodily signs of healing from the temporary internal terrain imbalance caused by pathogen excrement is still matched to a drug which will lessen the symptoms. The message here is that Pharmaceuticals or drugs called medicine is the accepted treatment for symptom relief instead of using the natural curative power of hydration, sleep, antioxidants and Polyphenols in foods, spices, and herbs, and allowing the body to do what it was designed to do. So for over a century we have been taught, generationally groomed into believing that drugs are the frontline for managing the symptoms of illness but not curing it. All is based, the foundation of Allopathic pill for an ill symptom management, on the debunked fraudulent Pasteur Germ Theory. We now know that the Bernard and Bechamp Terrain Theory is what allows pathogens to transform into more virulent antagonists when the terrain is out of balance or temporarily weakened. The Pleomorphic concept that our miraculous bodies are innately equipped with the ability to create viruses, different Bacteria, Fungi, Molds, Yeasts, and even parasites when needed for commensal balance speaks to a high energy of eternal intelligence coursing through each cell, human and nonhuman, DNA and Mitochondria. Can you see that our faulty dependence to pill for an ill sickcare is a generational perpetuated lie accepted as truth and debunked Germ Theory the basis of modern medicine? Flummoxed as you might be in your consternation state, all you have to do is to peek into your appropriately named, medicine cabinet. So what’s in it? Plastic little bottles with different colored pills in them with chemical names that you can barely pronounce ? This leads to the seminal 2020 year and 8 months consumed by a fake panic called a Pandemic and a 0.06 micron virus or Exosome that can be seen only under electron microscopy and blamed as the Pasteur deadly germ that is killing millions. Curious, however, that this 2020 is a year with the second lowest death count since the Y2K 2000.

The ongoing and perpetual dilemma is that most of you were conditioned into believing that Germ theory is true and that a single tiny microbe can exact population destruction and that a Gates vaccine can cure you. Did you know that in 1986 and in 1997, that the vaccine companies were absolved and protected from litigation or from anyone suing them plus not required to do any safety studies on their poisonous chemical cocktails? More than 4 billion have been paid out to children severely injured by vaccine poisoning with only 1% reporting and making claims. The government is the legal interface protecting the drug and vaccine manufacturers from being sued. The continuing slap in the face of the innocent deceived public is that they had to pay a tax on those 17 vaccines and 72 doses which is a massive slush fund with a small amount returned that they paid for but with children with permanent brain and body damage. Though many are waking up and rebelling to grab remnants of their freedom, the precedent has been engrained that a microbe can kill and that a differently named microbe, virus, or Exosome can be introduced as the next human animal slayer and enslaver.

The Gates Gang are intent on decreasing the world population from the estimated 7.8 billion to 500 million by 2030. This is possible if vaccines are mandated or if the brainwashed sheeple escalate the people versus people in fighting. Medical doctors have been indoctrinated, inculcated, brainwashed into believing that drug therapy is best medicine and that treating symptoms, not curing, and having patients suffer many adverse drug side affects, hundreds of thousands dying is the best that Western medicine can do.

Solution? Stop buying drugs and slowly decrease your monthly dosages and allow your body to return to self regulation, drug free. It doesn’t matter if you got your drugs from a doctor, the variety store, gas station, the guilty of something looking guy on the corner, or El Chapo, drugs are synthetic, hijack your metabolism, and must be smartly and slowly decreased replaced by clean nutritious Organic foods, effective exercise appropriate for your body type, and expanded imagery solidifying your Soul purpose and commitment to living it. As long as the masses are sold on Germ theory like your drug peddling doctors, Coronavirus will be replaced with a Bolognavirus, Hitlervirus, and most likely, a Trumpvirus with an Orange hue with crown of thorns. Folks, a decision must be made. Freedom or slavery? The first one you already live, is easy, and you blissfully hop scotching along without a care in the world. Once you look up from your Ungulate grass eating, you will realize that you are still a slave but sadly, a peaceful happy one. If you want freedom, tasting it first then living it, unpack your courage, and fight for it.

The course of my life was forever changed by two traumatic incidents that caused me to lose my vision. Forced to adapt, I soon discovered that I had the determination to reinvent myself and my life, not only for my benefit and survival, but to be able to help others. I now spend my time applying what I have learned to coach and teach others how to overcome adversity and to turn it directly into opportunity in every aspect of their life. I seek to empower the individual and build strength in the spirit for those who are ready to overcome their challenges and become the greatest version of themself.