A World of Nonsense

In this realm of universal frauds, it is no surprise to determine that the narratives that are relied upon by the liars are, factually, the very definition of nonsense:

1 spoken or written words that have no meaning or make no sense: he was talking absolute nonsense.
• [as exclamation] used to show strong disagreement: “Nonsense! No one can do that.”.
• [as modifier] denoting verse or other writing intended to be amusing by virtue of its absurd or whimsical language: nonsense poetry.

2 foolish or unacceptable behaviour: put a stop to that nonsense, will you?

Bullshit by another name

The current, all-consuming and most pernicious one is the Covid1984 narrative; whether it is the biggest ever perpetuated against Mankind remains to be seen but it is certainly up there in the ‘Top 5’ frauds ever perpetuated. Little wonder its narrative is laden with more holes than a string vest.

Such nonsense was laid plain in Lewis Caroll’s Alice Through the Looking Glass, a tale which in my experience is like that experienced by anyone who has the misfortune to find himself in any of ‘Her Majesty’s Courts’ – it is a Mad Hatter’s Tea Party  where nonsense is spouted in the deceptive form of legalese.

As I continue on my journey through this whirrled-twisted-screwball existence, I find that I have little patience for anyone who cannot give me a straight answer to a simple question.

Politicians and actors of all hues, scientists, solicitors, fake journalists, bankers, judges, the police, at all levels – you name them – are all seemingly incapable of calling a spade a spade, incapable of distinguishing between apples and oranges and, of course, giving a definitive answer to a straight question.

By way of but one current example, when the Michie woman is asked by the presenter, Richard Madeley,  whether her 40 odd year membership of the Communist Party possibly fuels her zeal for more autocratic diktats from SAGE, of which she is a member, falsely and stupidly claims it is not and, in any event, she is a scientist who should not be subjected to such levels of disrespect.

Ah, the old fallacy of the appeal to authority (a fake authority in her case).

Unfortunately, Madeley backs down; possibly because he is incapable of identifying a logical fallacy even when it kicks him up his arse. He’s hardly an alpha male, is he? (Just look who he’s married to).

They all are fond of what may be called Word Salads – a propensity to fire off stock, cliched and meaningless platitudes and statements which only obscure and confuse the issue at hand. Empty rhetoric. On close examination, their empty rhetoric reveals them to be the liars and frauds they undoubtedly are.

The fear that has been deliberately generated these last 16 months by the words and mass psychological manipulations of the aforementioned liars, quacks and charlatans, as previously demonstrated, emanates from a system of lies, obfuscations and machinations that can be succinctly described as the work of the anti-christ (that which goes against the critical thinking skills inherent in Christ-consciousness; or one’s common sense).

Many critical thinkers are at a loss when it comes to explaining the levels of bovine thought that manifest in those around them and in the larger ‘society’.

This may be an aspect of existence wherein such levels of ‘retardation’ are manifestations of soul-less individuals, or tulpas (thought forms), aka NPCs (non-playing characters) whose lives are happening in and through the matrix of control, which completely dominates their thinking and understanding of what they misperceive as ‘reality’. The matrix (as notably depicted in the eponymous film) utilises them as currency, as a source of energy.

Alternatively, I wonder if these NPCs are analogous to the story of Pinnochio, only in reverse: they were born as infants of mankind but, over time and via the usual corruptions of parenting, (mis)education, television, fluoride, poor diet and other Ahrimanic influences, have come to be utterly dissociated from their divine essence.

Whatever the reason, such individuals (and they seem to make up the majority of mankind right now) are sleepers, scripted extras in a movie that is unspooling around us as the fiat currencies of the world (most notably, the petro-dollar) move simultaneously into hyperinflation and stagflation.

Some critical thinkers point out how the hands of the Jesuits, the Vatican, the Club of Rome, the Committee of 300, the Bilderbergers, the Freemasons, the Knights of Malta, the Chinese Communist Party, the Eugenicists, the Corona House of Rothschild, the British ‘Royal Family’, NASA etc are all at play here, seeking all the while to shape and manipulate mankind through AI, central-bank fiat currencies, Agenda 2030 and the associated ridiculous levels of propaganda.

This is but a cursory extrapolation, made to serve the point that the whole edifice of control is fake and fatally weak as it is so divided by being constructed of competing factions. The right hand does not know what the left hand is doing. I have, on numerous occasions, laid out the view that the control of the world’s finances is the one ring that holds the entire realm under its enthral and control and that this is wholly under the House of Rothschild. Dr David Martin is someone who suggests that it is the Life Insurance Companies, with their mutually beneficial links to the vaxx industry and the eugenics movement, that is behind the entire Covid1984 psy-op. Having watched this clip, I beg to differ as the Life Insurance Companies, whilst undoubtedly a significant beneficiary of mass slaughter (by whatever means), are largely owned and controlled by the banksters, the mob, by another name.

In any event, and whoever they might be, those who are blinded by false notions of evolution, genetic superiority and Ahrimanic influence, those who are scrambling to maintain their hold on the greasy pole of power are slip-sliding towards catastrophe. The thing is, they cannot see it for their minds are blinded by their arrogance and mesh-likearrogance that prevents them from knowing the truth about their positions in life and the all-conquering divine nature of life as engineered by the creator of all that is and could ever be.

They sit atop a smouldering dung heap that, in accordance with the laws of nature, will inevitably self-combust. 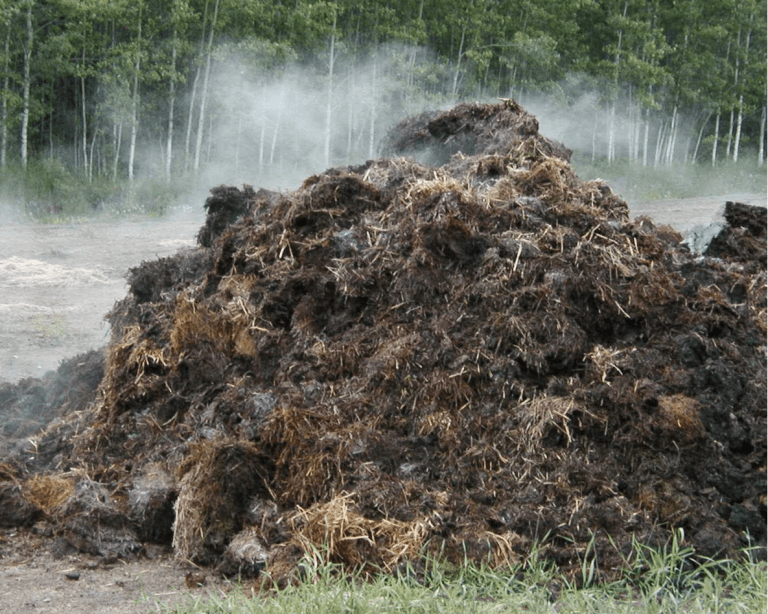 A dung heap of the vanities 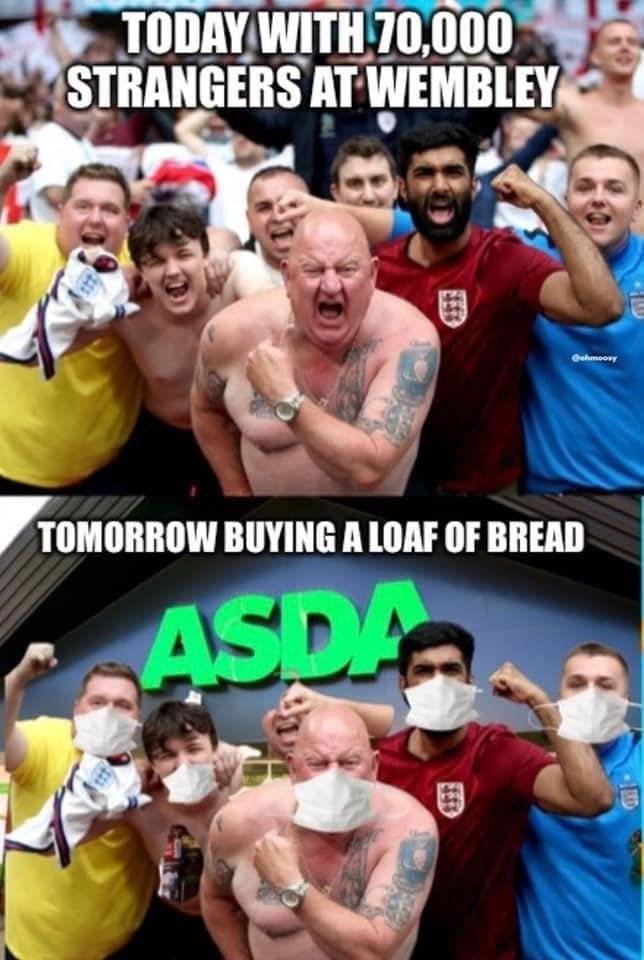 If the reader is able to zoom out and perceive this to be the reality behind the fake power structures, he may find himself chuckling out loud at what is evidently some kind of cosmic joke.

To parody, to lampoon or simply take the piss out of all this is to lighten the dark. It is like lighting a candle in a dark room. Light is the opposite of heavy. To lighten your load and your heart is to enjoy enlightenment.

Hide not your light but shine it in to the darkest of regions to make the darkness vanish.

Neither do men light a candle, and put it under a bushel, but on a candlestick; and it giveth light unto all that are in the house.” Matthew 5:15

One salient example from the thousands, is that of the fakery behind those who claim to be of the cult of Freemasonry.

In a volume, published in 1795, John Robson, a British man who was initiated into Freemasonry, wrote about the dung heap of nonsense upon which much, if not all, of its international reach was constructed:

But all the splendour and elegance that I saw could not conceal a frivolity in every part. It appeared a baseless fabric, and I could not think of engaging in an occupation which would consume much time, cost me a good deal of money, and might perhaps excite in me some of that fanaticism, or, at least, enthusiasm that I saw in others, and perceived to be void of any rational support. I therefore remained in the English Lodge, contented with the rank of Scotch Master, which was in a manner forced on me in a private Lodge of French Masons, but is not given in the English Lodge.

Proofs of a Conspiracy, John Robson, 1797

Meanwhile, to return to the snake oil salesmen and their lies, could it be that the magical MRNA vials, are quite easy to understand? In the event it is proven beyond doubt that they constitute over 99% graphene oxide, then that immediately removes a lot of the bullshit surrounding the heretofore conjecture over the contents of what is blatently a weapon for mass murder by injection?

The following is a Google Patent for a Convid vaxx: notice the word salad at play throughout the attempt to explain the fake panacea.

The invention belongs to the field of nano materials and biomedicine, and relates to a vaccine, in particular to development of 2019-nCoV coronavirus nuclear recombinant nano vaccine. The invention also comprises a preparation method of the vaccine and application of the vaccine in animal experiments. The new corona vaccine contains graphene oxide, carnosine, CpG and new corona virus RBD; binding carnosine, CpG and neocoronavirus RBD on the backbone of graphene oxide; the CpG coding sequence is shown as SEQ ID NO 1; the novel coronavirus RBD refers to a novel coronavirus protein receptor binding region which can generate a high-titer specific antibody aiming at the RBD in a mouse body, and provides a strong support for prevention and treatment of the novel coronavirus.
source

In a world of nonsense, the truth is and always will be the real currency and it is the only thing that can free mankind from the mesh of bullshit that envelopes him. The liars have been at it for thousands of years,

You belong to your father, the devil, and you want to carry out your father’s desire. He was a murderer from the beginning, not holding to the truth, for there is no truth in him. When he lies, he speaks his native language, for he is a liar and the father of lies.” (John 8:44)