Breaking Free from the Web of Control By Deanne Kaye 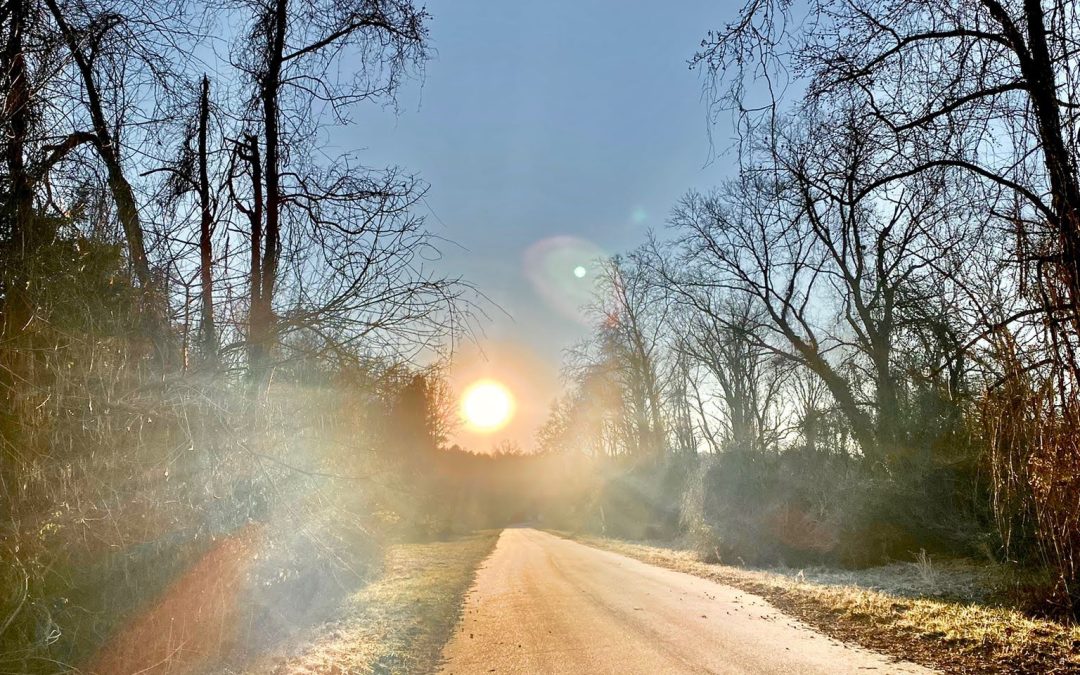 Breaking Free from the Web of Control

Living in the paradigm of control is something so many of us are trapped in, yet not even aware of.   If you are using routines to make your life feel manageable, that is control.  If you think there are only certain ways of doing things, we are deluded by control.  If the countertops in your kitchen need to be wiped off with a specific sponge in a specific way, we are under the influence of control.  How about needing to drive the same way to the same places in order to avoid lights and stop signs?  We are caught in the grip of control.  Do you only shop on certain days because of the discounts?  Or buy a product that is 30 cents cheaper than buy the brand you prefer?  Does saving time and money really make our lives better?   We have been indoctrinated to believe such things are achievements, but they aren’t.  They are traps that kill our creativity, sense of expansion and freedom.  We sacrifice these all for the box of control.

If you have these small control routines in your daily life, chances are you have bigger ones as well.  Do you have a person in your life that you don’t enjoy being around and then you spend time talking with others about what a nuisance they are?  Or maybe you live with an addict you are trying to manage so they won’t “take that next drink” of their designated addiction.  How about being in a job where you continue to work harder, and yet your efforts are never good enough to those around you?  The spiral of control has knitted its relentless web around you.

If you want to break free, start by changing your small routines.  Let yourself take a different route that may add more time to your trip.  Buy something that costs more.  Cancel an appointment you dread, but think you “should” do.  Feel the frustration or guilt that arises when you do something different.  Maybe someone will be talking about you for the decision you made.  Feel any emotion that arises and sit with it.  Ask what it is telling you.  If it’s hard to sit with, then write down everything that comes to you around the feeling.  The more you explore what’s inside, you can tap deeper into those feelings you’ve been dancing around and denying.  Could it be shame, unworthiness, abandonment or even fear of death?  Where do these feelings originate from?  Often times it’s connected to childhood.  If they haven’t been felt and acknowledged, they remain within us and we relive scenarios that are beckoning us to release the old.  Have you reached the point where you want to break free from this merry go round?

No matter what we think, there is always a way out of these trappings of control.  It just seems that things need to get pretty bad before we finally realize, I can’t do this anymore! I have to let go.  After years of adapting and adjusting what I was thinking, saying and doing in order to better fit in, that inner voice wouldn’t let me do it anymore.  I had to leave those people, places and situations that no longer nurtured me.  I had to speak my truth in respectful or firm ways and then walk away.  What anybody said or thought about me was not my problem.  And now I am convinced that no matter how good my intentions have been over the years, there will eventually always be someone who misunderstands what I do or speak.  It’s unavoidable and not worth my time and energy to dance around it anymore. 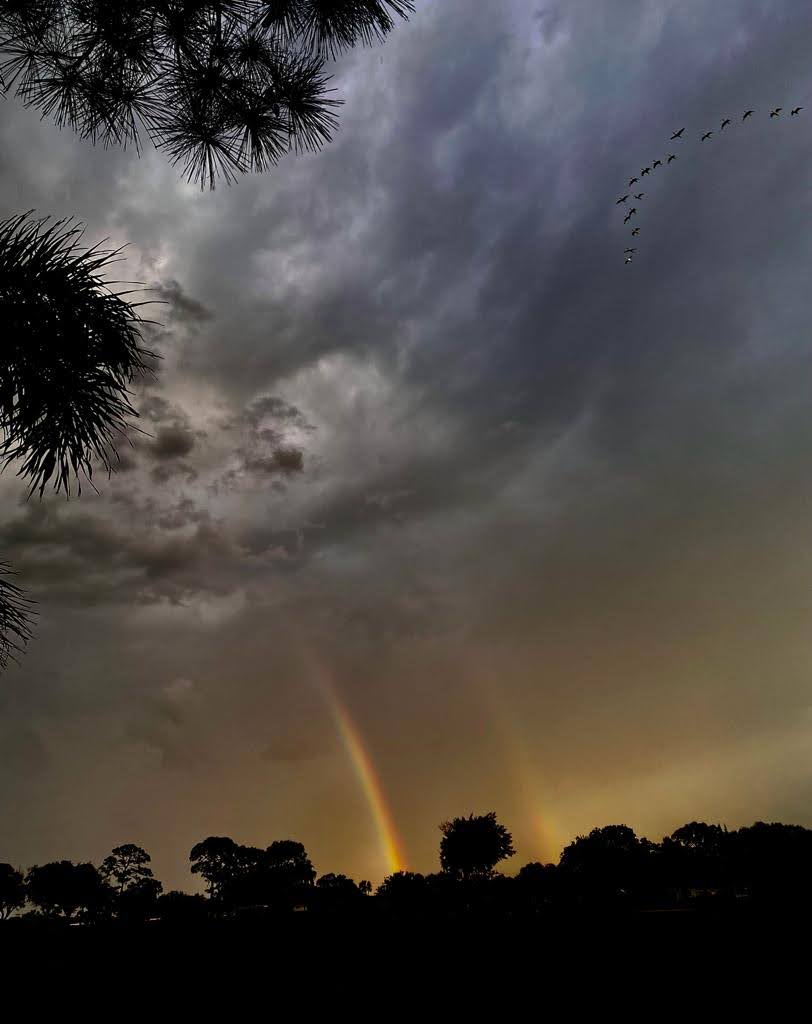 If you want to break free of a life of control, not only change your routines and explore the feelings that arise, but then share them with another who will listen and validate you.  So many times I’ve heard people say, “I’ve never shared that with someone before because I knew they wouldn’t understand.”  Acknowledgement is vital to moving forward from the grip of control.  It’s necessary for us personally and also needed for us as a collective.  I’ve been listening to a number of YouTube channels of brilliant truth seekers around the world.  They share what they’ve been learning about our reality.  They all have added pieces to the greater puzzle of life we are living in.  Many have said that we are in a time where humanity is waking up. The old energies are working their way out to allow newer energies in.  Like moving from masculine to feminine; the DOING construct to flow; and competition to cooperation.  Can you imagine if this is actually happening?  Talk about losing control!

One of the first times I even considered letting go of a controlled belief system was around the shape of our Earth.  When I allowed myself to actually imagine that it may not be a globe, but a flat plane, I felt a shift happen in my brain.  It was a totally ungrounding feeling and I got dizzy while exploring this as a reality.  As I regained my grounding in this new paradigm, other things arose.  I felt so angry and betrayed by those who were feeding us lies. How could they do this?  And why?  Then, when I listened to people defend the globe model, I could see how hard it was for them to let go.  They tended to use superiority and sarcasm to maintain their position.  I was so glad to no longer be fixated on what was right or wrong.  I consider that there are truths to us being on a globe, or on a flat plane with a dome above, or even in a coded computer simulation.  What matters is to keep questioning in order to release the bondage of what we hold tightly onto.

So if we are in a time of people waking up, what does this mean actually?  I’ve been hearing that for at least 2 years now and would welcome that, but I still question it too.  Because I must say, in my 15 months of travel around the states, I haven’t met people who are waking up.  I’ve continued to meet people who are still watching mainstream news, still absorbed in mindless movies and drama series, still caught up in whether their sports team wins or losses, and still talk about who has covid.   People are holding on to that “normal” because losing control of the reality we believe in, is really scary.  Can you imagine looking at all the lies, evil, deception and corruption we have been subjected to for years?  These are deep rabbit holes to explore and I’ve met many online who are doing it.  But how much waking up will actually happen is still unfathomable to me at this point.  I just know that if we haven’t done our own inner shadow work and examined our programming, waking up can be a pretty dramatic thing.  My birth family still holds onto the liberal mindset and whenever I’ve talked to them, it doesn’t appear that they’ve shifted their perspective in the slightest.  It’s a baffling conundrum for me to make peace with at times, but I wouldn’t go back to old paradigms and control.  Breaking free of them sets us on a trajectory towards freedom.  If you feel that nudge to look deeper, keep up the search.  Our inner and external world are not what we’ve been conditioned to believe and we are way more than we think!

Deanne Kaye has been on the healing path for over 30 years. She has explored traditional and alternative ways for healing and has been helping others since 2015 become free from such emotions as abandonment, shame, guilt, anger, self-loathing, fear, resentments, addictions and anxiety.  She provides experienced guidance, step by step work, meditation practices and a space of trust and presence for releasing unhealthy thoughts and emotions.  Thewayoutforhealing@protonmail.com