Can Ideas Induce a Mass Psychosis? – Demons and Social Control

Can Ideas Induce a Mass Psychosis? – Demons and Social Control

academyofideas.com
The following is a transcript of the video found at the end.

Ideas are the seeds of our greatest creations, but they can also sow destruction. Ideas, when put into action, lead to individual and social flourishing or to individual suffering and social ruin. And certain ideas, as we will explore in this video, can induce a mass psychosis and motivate individuals to commit acts of such cruelty and depravity that to an outside observer the society will appear to be possessed by evil.

Reflecting on the mass psychosis that broke out across Europe in the mid-20th century and that led to multiple wars and multiple genocides, Carl Jung wrote the following:

“Just when people were congratulating themselves on having abolished [the belief in demons], it turned out that instead of haunting the attic or old ruins the [demons] were flitting about in the heads of apparently normal Europeans. Tyrannical, obsessive, intoxicating ideas and delusions were abroad everywhere, and people began to believe the most absurd things, just as the possessed do.”

Carl Jung, After the Catastophe

Jung devoted his life to studying the psyche of man and was acutely aware of how ideas influence individual and social development. We must, therefore, be careful which ideas we affirm and which we deny and this is especially true with regards to our ideas about human nature, the human potential and the proper structure of society. For this set of ideas helps determine our value system impelling us to act in certain ways and to strive after certain things. These ideas are an integral component of our moral compass teaching us what is right and wrong, what to love and hate. And our ideas about human nature place bounds, wide or small, on our potential at both an individual and collective scale. 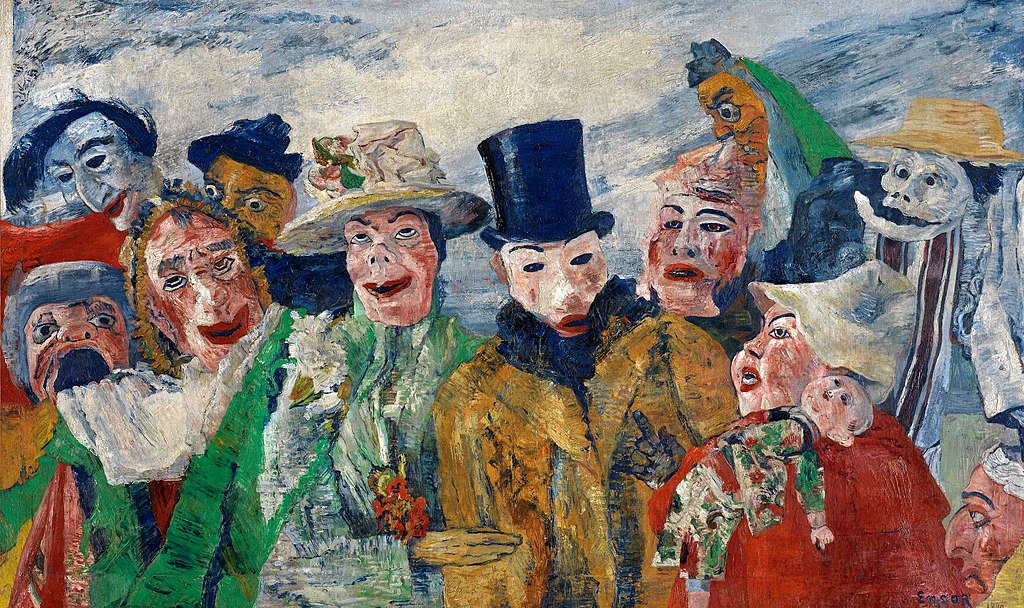 Most of us, however, are not careful when it comes to the ideas that occupy our minds as we passively accept whatever ideas form the zeitgeist of our time. Most of us, in other words, are controlled by the ideas of other people and we give little thought as to whether such ideas are right or wrong, beneficial or harmful and as the psychologist Silvano Arieti warns:

“If he controls your ideas he will soon control your actions, because every action is preceded by an idea. (The Will to Be Human)

Sometimes this passive conformity in the realm of ideas promotes our well-being and contributes to a prosperous society, but at other times the ideas that make up the spirit of our age do the opposite. Certain ideas weaken us, make us prone to fear and anxiety, disconnect us from reality, drive us to excessive hate, cause us to regress psychologically and distort our view of human nature and the human potential. Ideas of this variety the Russian author Fyodor Dostoevsky labeled as demons, and as Richard Pevear wrote in the preface to Dostoevsky’s novel Demons, throughout Dostoevsky’s work exists

“…the possibility of an evil or alien idea coming to inhabit a person, misleading him, perverting him ontologically, driving him to crime or insanity. . .The person born of the idea may be distorted and even destroyed by it.” 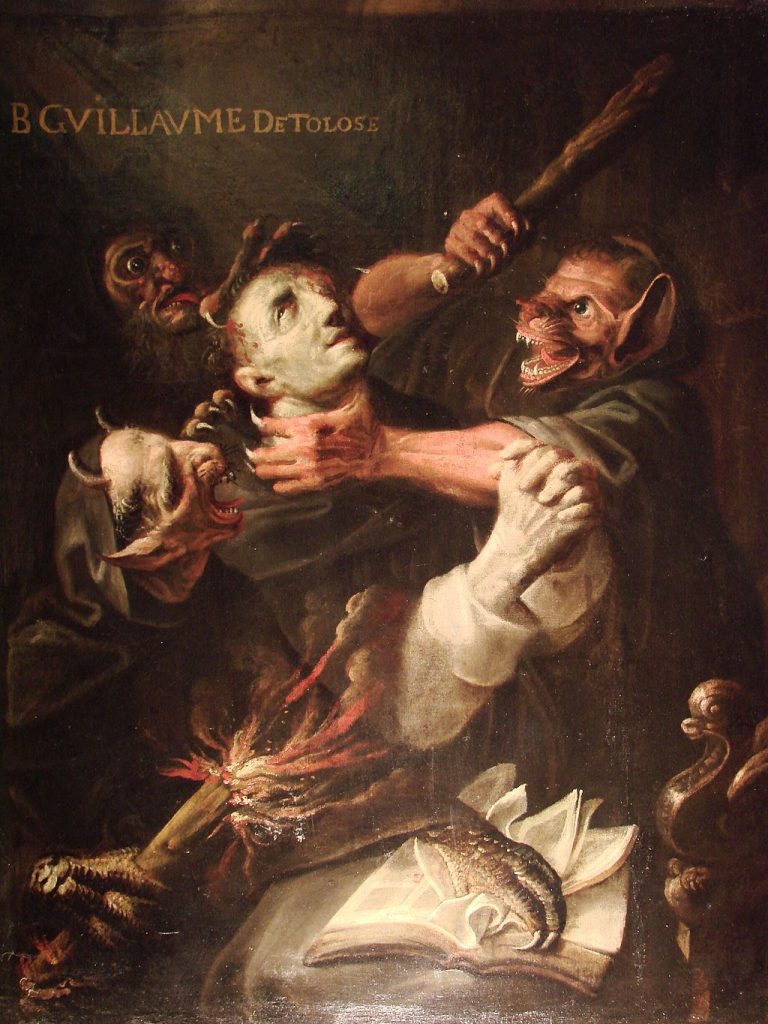 When possessed by demons an individual is less capable of facing up to the challenges of life. For demons, by distorting and degrading our image of human nature and the human potential, trick a man or woman into acting in ways that are maladaptive to the environment and injurious to individual flourishing and social prosperity. Demons are not based in truth and are not built on an appeal to facts and evidence, but are illusions and as Jung wrote: “Illusionsare inimical to life, they are unhealthy and sooner or later trip you up.” (v10) But humans are very susceptible to illusions and advances in science and technology have not made us immune to illusory ideas or as Jung wrote:

“…the psychic conditions which breed demons are as actively at work as ever.”

Carl Jung, After the Catastrophe

And as he stated in a lecture given at Yale University:

“We can never be sure that a new idea will not seize either upon ourselves or upon our neighbours. We know from modern as well as from ancient history that such ideas are often so strange, indeed so bizarre, that they fly in the face of reason. The fascination which is almost invariably connected with ideas of this sort produces a fanatical obsession, with the result that all dissenters no matter how well-meaning or reasonable they are, get burnt alive . . .or are disposed of in masses.” (v11)

Demons take many forms – be it ideas that promote learned helplessness or passivity and so degrade the human potential; social or religious ideas that deem a race or ethnic group as a plague to mankind and so promote persecutions and mass cruelty; or political ideologies that elevate a select few far above the rest of mankind and so set a society up for the mass psychosis of totalitarianism. This latter belief, which divides society into two classes, the rulers and the ruled, has a long history and many variants. Whether it be communism, rule by kings, queens, or pharaohs, or in the modern day unchecked rule by bureaucrats and politicians, this demon of authoritarianism prevents the prosperous functioning of a society by inhibiting the potential of the masses and shackling society within the constraints of total control by a small group of power hungry and corrupt individuals:

“. . . it is delusional. . .to think of man as an obedient machine. It is delusional to deny his dynamic nature and to try to arrest all his thinking and acting at the infantile stage of submission to authority. . .”

How do these authoritarian ideologies which set a society up for the horrors of totalitarianism spread throughout society? Typically, the first to be possessed by the demon of authoritarianism are individuals with a particularly strong thirst for power and who desire to quench this thirst through control over others:

“Not all men want to dominate a large number of other persons, but those who do affect the life of many.” 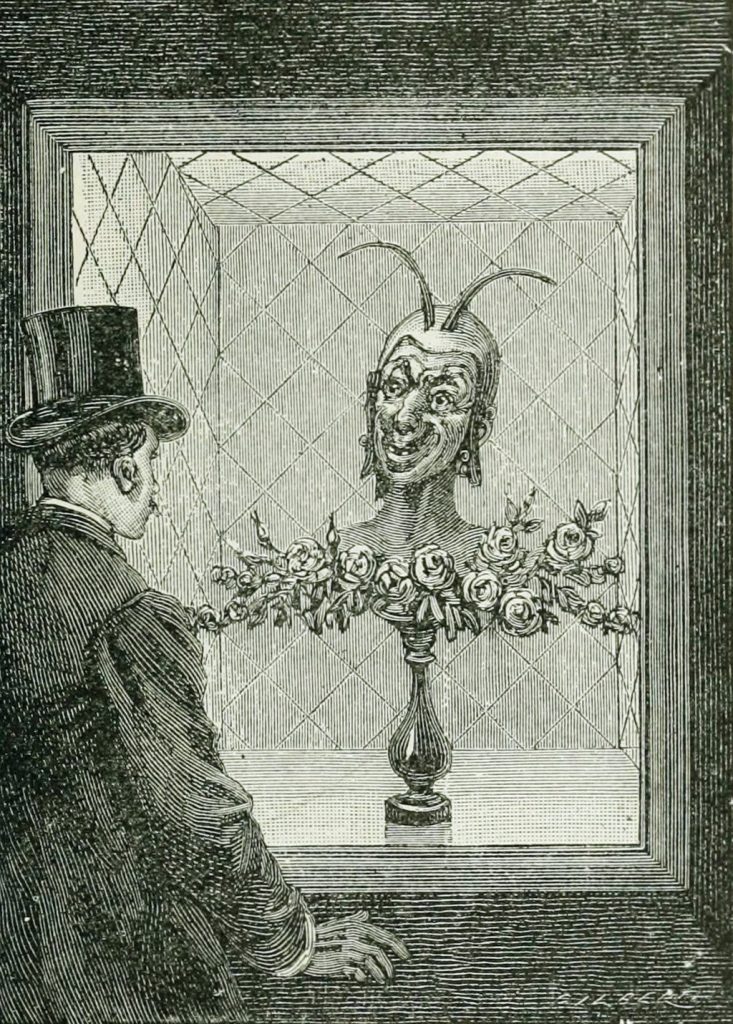 When individuals of this nature attain positions of institutional and political power the scene is set for the spread of the demon of authoritarianism. For these individuals gain power and resources the more this demon spreads and so they instinctively seek to disseminate their favoured authoritarian ideology as far and wide as possible. Unfortunately for the rest of us, advances in the field of psychology, and specifically in the understanding of group psychology, has allowed for the development of very effective methods of molding the minds of the masses and politicians and bureaucrats the world over now make use of these methods of mind control, or as Meerloo explains:

But are the individuals who spread these authoritarian ideologies simply evil? Do they spread these ideas, in other words, with the intention of causing harm to other people? The Russian author Aleksandr Solzhenitsyn, who lived in a society caught in the grip of the authoritarian demon of communism, suggests that such individuals are evil, but that they lack full awareness of the fact that they are setting society up for ruin. Instead, such individuals convince themselves, and then others, that what they are doing is for the good of society, and not merely for their own personal gain, or as Solzhenitsyn writes:

“To do evil a human being must first of all believe that what he’s doing is good, or else that it’s a well-considered act in conformity with natural law.”

Or as he further explains:

“Ideology –that is what gives evil doing its long-sought justification and gives the evildoer the necessary steadfastness and determination. That is the social theory which helps to make his acts seem good instead of bad in his own and others’ eyes, so that he won’t hear reproaches and curses but will receive praise and honors.”

In the next video we will explore how this small group of power-hungry individuals is able to spread the demon of an authoritarian ideology to the masses at large and in the process induce the mass psychosis of totalitarianism. We will explore the techniques that are used for the dissemination of this demon, the conditions that create fertile ground for its spread and the role that modern technology plays in this process.

“The comparison between totalitarianism and psychosis is not incidental,” explains Meerloo. “Delusional thinking inevitably creeps into every form of tyranny and despotism. . .Evil powers from the archaic past return. An automatic compulsion to go on to self-destruction develops, to justify one mistake with a new one; to enlarge and expand the vicious pathological circle becomes the dominating end of life…This [delusion] starts with the leaders and is later taken over by the masses they oppress.” (Meerloo)