Compelling Evidence Suggests Plants Feel, Think & Could Even Be Telepathic 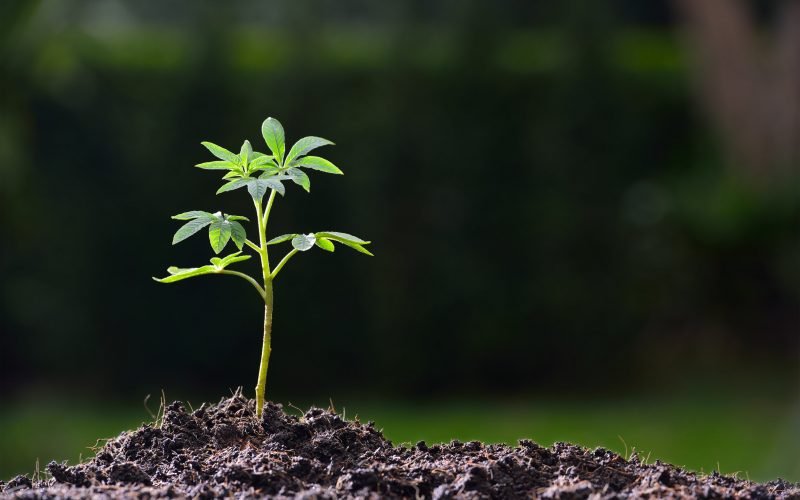 Compelling Evidence Suggests Plants Feel, Think & Could Even Be Telepathic

Grover Cleveland Backster Jr., was an interrogation specialist for the Central Intelligence Agency (CIA). He became well known for his experiments with plants using a lie-detector machine. Through his research, he believed that plants feel pain and have extrasensory perception (ESP).

Backster hooked up a galvanometer, a tool used to measure electrical current, to the leaf of a dracaena, a houseplant. Backster found that by imagining the dracaena being set on fire he could make it rouse the needle of the polygraph machine, registering a surge of electrical activity. This may suggest multiple things, including that the plant was telepathic and could “feel” the image while clive was imagining it. Telepathy has been observed in several interesting settings. Here’s an article I published regarding non-verbal autistic savants demonstrating evidence of telepathic capability.

Backster went on to hook up polygraph machines to dozens of plants, including lettuces, onions, oranges, and bananas. He claimed that plants reacted to the thoughts (good or ill) of humans in close proximity and, in the case of humans familiar to them, over a great distance.

He published his work in the International Journal of Parapsychology in 1968.

According to author Michael Pollan, who describes these experiments by Baxter quite well in a piece he wrote for the New Yorker,

“In one experiment designed to test plant memory, Backster found that a plant that had witnessed the murder (by stomping) of another plant could pick out the killer from a lineup of six suspects, registering a surge of electrical activity when the murderer was brought before it. Backster’s plants also displayed a strong aversion to interspecies violence. Some had a stressful response when an egg was cracked in their presence, or when live shrimp were dropped into boiling water.”

Backster Isn’t The Only One

Monica Gagliano is an animal ecologist at the University of Western Australia. She describes an experiment she conducted with the plant Mimosa pudica, a fast moving plant that can be seen by the naked eye, kind of like the Venus Fly Trap.

Gagliano potted fifty-six of these plants, and had a system that dropped them from 15 centimetres every five seconds. When they are in danger, these plans curl up and close their leaves. The plants did this after a few drops, but then realized that the drops weren’t really harmful so they remained open after that. It wasn’t just fatigue either, when the plants were shaken they closed up, and furthermore, the plants retained this knowledge because Gagliano tried again a month later and got the same response.

Does this mean other living systems that have a different biology, like grass, for example, or perhaps water and soil, all posses some type of “consciousness?” In quantum physics, many pioneers argue that consciousness is actually directly intertwined with “physical” reality. Even an electron will behave differently depending on who is ‘watching’, or measuring its behaviour.

“Observation not only disturb what has to be measured, they produce it…We compel (the electron) to assume a definite position…We ourselves produce the results of the measurement.”

The quantum double slit experiment is often used to demonstrate this.

Max Planck, the theoretical physicist who originated quantum theory, which won him the Nobel Prize in Physics in 1918 said,

The connection between consciousness and our physical material world has also been demonstrated by many parapsychological experiments.

Despite a mountain of convincing evidence, there still remains a skepticism, and that’s in large part due to the fact that what’s observed in the realms of quantum physics and parapsychology challenge what we believe to be true at a fundamental level. Sure, much is open to interpretation, but how far are we willing to let go of our fundamental beliefs about the nature of reality in order to consider something new?

The points is, not only plants, but all “physical” matter could perhaps, theoretically, possess consciousness. Perhaps the physical realm, like a body, a brain or some type of biology is not required for consciousness to exist, perhaps these physical aspects just some type of vessel to hold something separate from it, like consciousness?