Covexit and Beyond by Nowick Gray 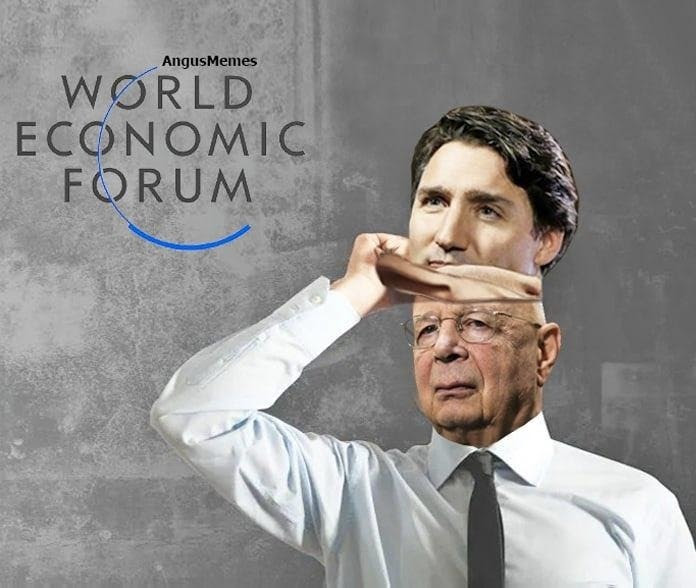 Covexit nation
walking away from yourself
who will you become?

‘The battle for Freedom is only beginning. My fellow Canadians – this is a consequential and generational battle for freedom, for humanity, for all our todays and all our tomorrows. A miraculous time to be alive. The eyes of the world are upon us because it is humanity’s battle too.

‘God bless our people, long oppressed and now like a caged bird let free, about to taste the freedom of the blue heavens!!

‘God bless our beautiful country – for two long years suffering under a fascist tyranny, but now waking up to freedom and liberty and human rights!

‘God bless our magnificent Truckers for Freedom who under the Hand of God, have made all this happen!’

—Dr. Francis Christian, Message to our Magnificent Truckers, to Canada, to Humanity

This morning a friend (the writer Mankh) sent me a reference to the “mind-virus” that the Indigenous seers identified at the cold heart of the invading “civilization.” They called this sickness wetiko or Windigo. Besides certain herbal remedies, Mankh notes, “unity and gratitude are also mentioned as antidotes to Windigo psychosis.”

Unity and gratitude are precisely those emotions I have felt in the midst of the Convoy uprisings, whether in the provincial capital or on a small rural island, or tuning in to the heartwarming and humanity-affirming gathering in Ottawa: not a “protest”—that’s illegal now—but a celebration of life. Thank you, fellow citizens, for rising up and standing together!

‘The convoy in Ottawa became the first genuine PUNCHBACK we’ve seen. It’s like the final showdown of Humans vs Post-Humans.’ —Celia Farber

As both sides escalate, each battle appears the last. First one side takes the lead, with yet another draconian restriction; then the people rise to roll it back. It has come to a head, with profound consequences on our children’s future. How will it end? 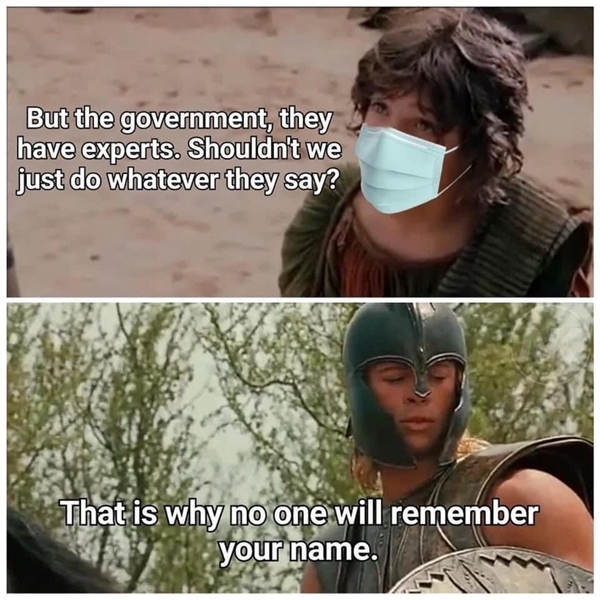 Both sides doubling down
What will it take, to end it?
Peace: winner takes all.

Before the next round
we level the playing field
shuffle the rosters.

Change the fucking rules.
This is our game, we earned it.
Now let’s just play ball. 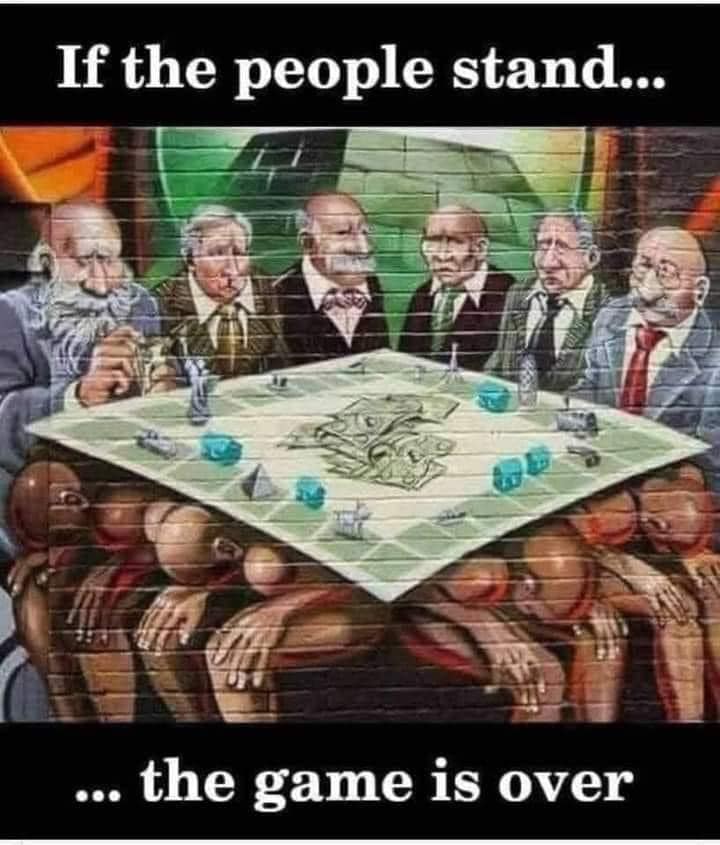 The Gnostics also identified these mind-viruses who think they’re in charge, and called them archons. This wisdom tradition confirms that humans are not powerless before our false masters, though we remain mired in the material matrix they obsessively control. Rather, our divine heritage and portal of liberation is our inner knowledge of the dual nature of this living world (an eternal crucible of Good and Evil), and the spark of divinity that connects us to all of it. This battle for earth’s destiny is our chosen test: not to live in contented peace, but to vie for peace, justice and freedom against the forces forever seeking to quench that light.

Peter and Ginger Breggin, in their monumental book Covid-19 and the Global Predators: We Are the Prey, paint Evil squarely in the corner of the Chinese Communist Party (CCP); while Matthew Ehret’s extensive research (e.g., “The British Hand Behind the Global Deep State”) charts the globalist aspirations of the undying British Empire, whose shadow existence, like some Imperial Zombie (picture the ever-patient geriatric bride of the English novel Great Expectations) continues to haunt Anglo-American and wider geopolitical chess strategy despite appearances to the contrary. Robert F. Kennedy, Jr.’s bestselling The Real Anthony Fauci: Bill Gates, Big Pharma, and the Global War on Democracy and Public Health lays the blame not merely on the shoulders of those puppets and puppet masters, but on ever-present narrative management and manipulation by the CIA. Then of course there’s the Davos cult whose WEF Young Leaders have penetrated the highest offices of all the former “liberal democracies” around the globe. To what extent these four entities, lusting after the Ring of Absolute Power, conspire, cooperate, or contend for that ultimate prize, is perhaps best left to the realm of metaphysical speculation. 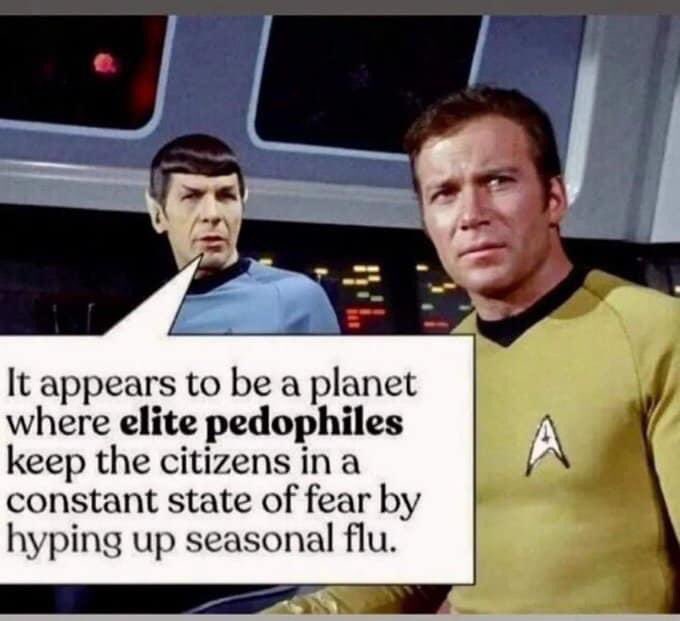 How “They” work it out, that’s on them. The popular players on Team Human keep the mantra, “We control what we can control.” Our bodies, ourselves. Do no harm. And more than that, becoming active citizens of life: doing our duty, to protect our children.

Snapshots of an Untelevised Revolution

What we need from you:
a little gravel spread on
the muddy roadside

Nothing more—got it?
Common good with no harm done.
A novel concept! 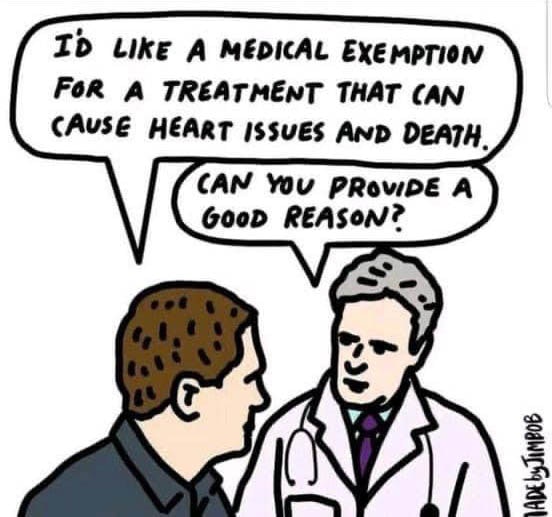 Doctors Alexander and Hodkinson: “The Science is with the Truckers.”

Dr. Charles Hoffe: “This is not about science, health, or safety. It is profoundly evil.”

“The real world is as different from the status quo narrative about the world as it is from any other work of fiction.… The good news is… what humanity looks like on the other side of this awkward transition phase that our species is going through at this adolescent point in its development. Free from illusion. In harmony with the real. Enslaved to nobody. Striding clear-eyed into the mystery of what’s to come. —Caitlin Johnstone

Even as they seek to dump this pandemic in a shallow grave, they are already prepping the public for the next health scare – AIDs…. In a truly startling coincidence, Moderna’s HIV vaccine began clinical trials the exact same day the “new variant” of HIV hit the headlines, and the same week as the NHS’s annual “HIV Testing Week”. Funny old world, isn’t it? Anyway, everyone get ready to line up for the AIDS shot. Oh, and the cancer one as well. —Kit Knightly, As COVID crumbles they’re already prepping the next “pandemic” 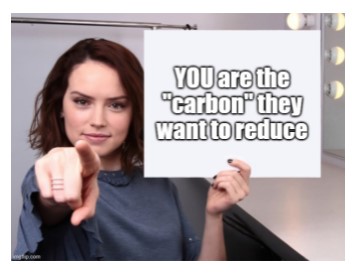 ‘The past two years have been a checklist for the worst impulses of government and public sentiment. COVID allowed for supposedly temporary measures to morph into two years of “emergency” restrictions. But what if COVID was only the opening act, and another proclaimed crisis is the main event? Implementing significant but partial restrictions, one by one, in the name of the common good can allow for encompassing government control that results in relatively little backlash. Fear over climate change could lead to long-term soft lockdowns, given the precedent of immense growth of government power and significant support for sweeping state actions.’ —The Hill, Coming soon: Climate lockdowns?

‘How we navigate the end of mandates determines whether we win our freedom or whether we allow our leaders to normalize a Brave New World with conditional rights that can be turned off again during the next “emergency”.’ —Julius Ruechel

The State, the Self, and the Void

In times like these, spiritual wisdom has unique power to guide and fortify, against the power plays of petty politics, the ego-traps of attachment and denial. Oracle card maker Rudy Hexter counsels a deeper dive “Into the Matrix of your Inner Being,” where the quest to “Know thyself” comes face to face with the void. “This is where you will find your freedom and beauty…. The world is in flames, we must make this a priority.”

In political terms, the nation-state is the collective self. Here as in the personal realm, the relevant question now becomes (as it always was): “Who am I?” Is it the conditioned identity, the status quo, “my country right or wrong”? Or do we face that void, without fear, to find possibility, freedom’s essence?

‘democracy is not freedom. democracy is one of the more pernicious forms of  tyranny ever devised: the tyranny of the majority.’ —el gato malo 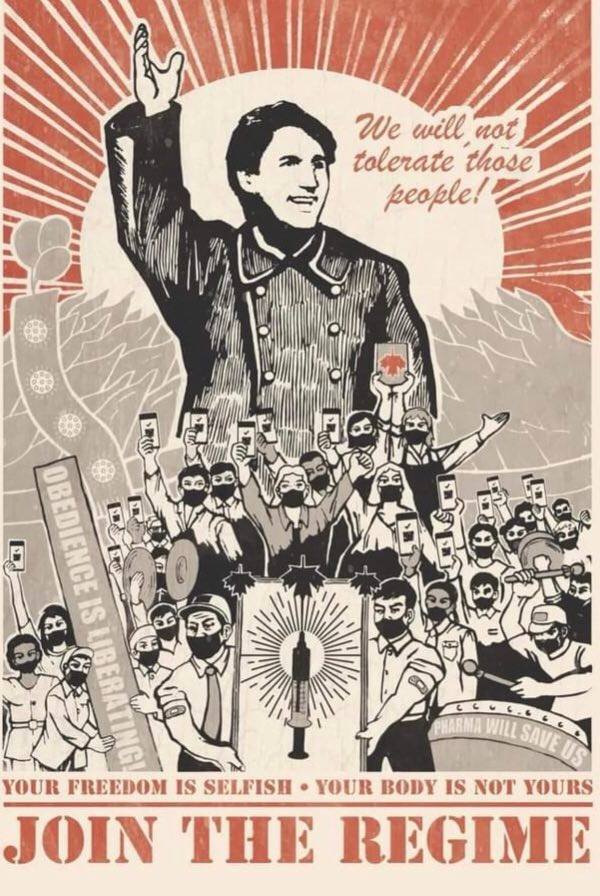 Personal self and collective self, the courage to stop and take stock is empowering. Our deeper curiosity “flowers toward the aliveness of silence and becomes receptive to the creative.”

This world of possibility opens not when we storm Congress or bow to the halls of Parliament, but when we imagine how else we can govern ourselves, honoring our organic grass roots and what needs to be done for our children.

The template for the opposite path, of self-aggrandizement—out of touch with its own emptiness or the reality outside the government echo chamber—is epitomized by Justin Trudeau’s stuck robot loop, like an AI bug repeating: “Safe and effective… we have your back… just get the vaccine.” 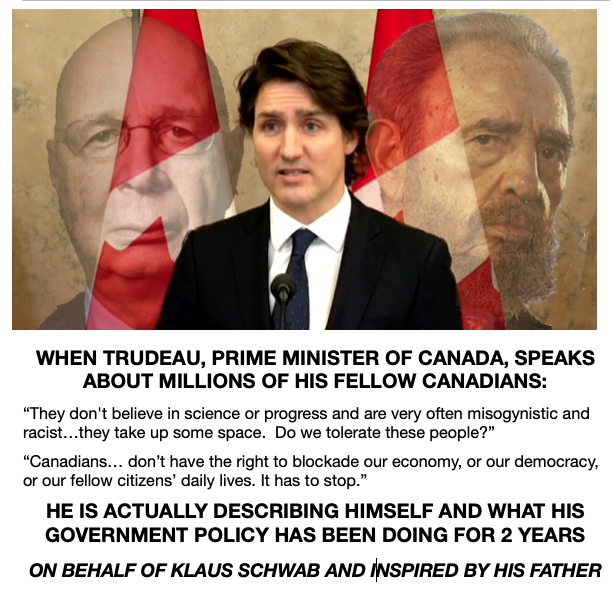 Groomed too well by his WEF sponsors, this ex-drama teacher will stick to his tired script to the end, until the hook of popular abhorrence yanks him by the neck from the stage. 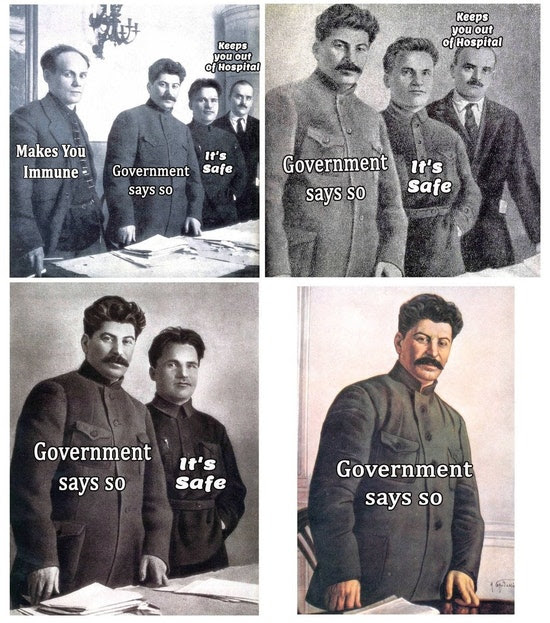 In stark contrast, we hear the sentiments of the Convoy spokesman Tom Marazzo on 10 February, disavowing partisan aims and simplifying the message to “end the mandates” and prevent their use in future. He denounces fake news of racism and violent intent, and reasserts the overwhelming spirit of peace, love, family, and prayer among Convoy participants. This is a human-centered and heart-centered movement—not to “overthrow” the government, but to stand firm on the limits of its power to control our lives. (For a wider representation of the aims of the Truckers Freedom Convoy, see the powerful group presentation by Convoy leaders from 9 February.)

When we can hear reasonable people speak, why would we follow royal automatons?

This is a Magna Carta moment in time… this time, out of history? 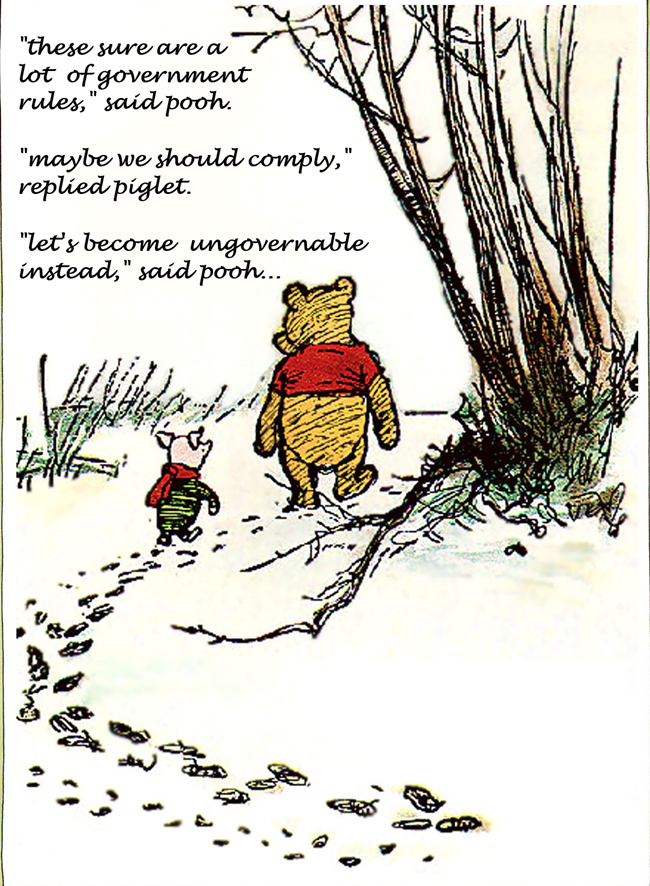