Decline and fall of the meta-fraud 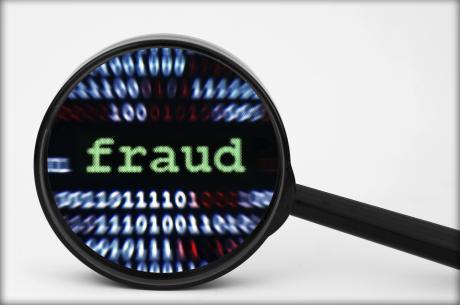 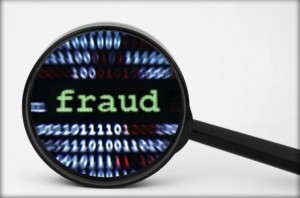 Martin Geddes – If I had advertised this article with a headline promising a list of my favourite chocolate recipes, it would have been a flat out lie. Much as I adore chocolate, there is not a single suggestion here of how best to consume it. Your loss would have been limited to a few seconds of your time as you realised the promise was mismatched to the text. I would have made no gain at your expense; just a hit to my public reputation. It would have been a foolishness, but not a fraud.

Whereas, if I had decided to promote new “GeddesCoin” — the crypto token “guaranteed to make you rich or your money back” — that would have been a real fraud. I could create a token and sell it for British pounds, and make all kinds of claims about its benefits, and spuriously reassure you of (non-existent) financial protection. It might make me rich, albeit briefly, but then I would probably go to prison for having stolen your money.

What I would like you to consider is the idea of a “meta-fraud”. This is an endeavor where I redefine righteous success (and the legitimate outcome) in a way that invisibly benefits me. Society at large agrees with my false definition of the nature of the activity, and the morality of the benefits and losses incurred. Indeed, all available tools will be deployed to enforce compliance with this inherently rigged system: you may even be punished for attempting to prevent the fraud!

To understand how power is used and abused you need to grasp how fraud can happen at different levels of abstraction. At the lowest is the equivalent of the pickpocket, who violates some physical boundary or barrier, and is widely accepted as criminal. At the highest is subversion of language and spirituality to invert right and wrong, so that crime is applauded and rewarded. Between these extremes we have myriad forms and formats of fraud with varying levels of institutionalized acceptability.

The genius of a meta-fraud is that it is essentially above the law and beyond reproach in ordinary discourse. The wrongfulness becomes normalized, and given the passage of decades, centuries, and even millennia assumes an aura of being beyond question. It is an attack on culture and the fabric of society that establishes privileged classes of rentiers and perpetual beneficiaries. The victims are often recruited to police their own abuse, and rat out anyone who might seek to prevent it.

The Covid-19 megascam was conceived at least decades in advance, with copious evidence of long range forward planning (like patents, biolabs, and faked vaccine science) and predictive programming (like Olympic ceremonies and TV shows). With Covid-19 the meta-fraud is to kill you in the name of your own health and wellbeing; a pure inversion of what is right and real. The simultaneous abuse of every available lever of power has exposed government as a genocidal form of meta-fraud; the all-cause mortality rate is already up around 20% as a consequence of “the jab”.

In this wider case of government, a circus of taxes, laws, and budgets redefines the outcome as compliance with the (freedom eroding) process, not the genuine (liberty protecting) purpose. Rather than existing to protect the rights of individuals from the mob, it has become a mafia of itself, infringing human rights and removing personal freedoms. Victimless crime (a contradiction in terms) has become the legislative norm; if you can be imprisoned for growing a houseplant like cannabis then you are not a free human. If your parliament claims to be sovereign, but the people have no choice of how they delegated their sovereignty, that claim to legitimacy is a meta-fraud.

The legal system has become a front for human trafficking, and the meta-fraud is to substitute maritime or corporate law for Common Law or natural rights. Legal fiction doppelgängers are created and living humans are tricked into agreeing to contract with illegitimate courts and their agents (like the police, who enforce policy, not real law). Corrupt legal associations protect both their own exploitative scam, as well as their allied mafias in finance, politics, and industry. This corruption goes back to the Roman Empire, and has been normalized for centuries in the West.

Speaking of finance, the banking industry is meant to be just “insurance dressed up in drag”, quantifying insolvency risk for debt. The meta-fraud is to claim a monopoly on the determination of what constitutes insolvency, re-defining insolvency as liquidity. Insolvency is when you don’t have enough assets to pay liabilities, no matter when they are owed; liquidity is being able to pay at the moment due. Every solvency crisis is solved by printing money for a bailout, thus providing liquidity. [Learn more here.]

What this does in practice is to invisibly transfer losses from protected entities (say small banks) into the next larger scope (say large banks) and eventually into the public realm. Pretty much all governments operate despite being insolvent (think USA’s social security liabilities); this then moves the debt to supra-national (like EU) and global entities (think WEF and the Great Reset). The meta-fraud over determination of insolvency (and offering bailouts for resulting bankruptcies) centralizes power over time.

This in turn creates an incentive for central bankers to start wars: to erase the record of their own liabilities, and steal real assets like gold from creditors. The meta-fraud of a “defense” industry only defends the interests of the powerful without responsibilities to the weak. This is an inversion of the honor code of the warrior, and is in opposition to real peace and security. The whole sham is protected by the meta-fraud of the media industry, which specializes in the fabrication of believable illusions, not the reporting of reality.

Health has been redefined by Big Pharma and Rockefeller medical schools as the successful suppression of symptoms. This meta-fraud puts “sickcare” in opposition to the body’s innate systems of immunity and healing, which provide no opportunity for profit. Whole departments are based on fraud, like oncology that ignores parasites, and psychiatry that cannot offer objective tests for conditions. We have reached the absurd place where people who choose to rely on their own body’s proven self-protection are vilified for declining dangerous genetic therapies from known criminals.

Education is a meta-fraud where knowledge accumulation (and indoctrination) are lauded, while real wisdom (and critical thinking) are decried as deviant and hateful. It exists in opposition to actual learning, which is principally an autodidactic activity and done lifelong and across all topics, whether exoteric or esoteric. Teachers presently occupy privileged positions of power over their pupils, rather than existing in support of them taking up their own power to direct learning. If you actually educated a child about their sovereignty, they might leave school, and you would be fired as a teacher!

I used to work in telecoms, and was puzzled as to why those driving 5G were so uninterested in radical innovations that could improve technical efficiency and effectiveness. Meanwhile, regulators were beguiled with non-existent ideas such as “network neutrality”, that cannot be objectively measured or meaningfully enforced. Now I can perceive the meta-fraud: it’s not a telecoms industry whose primary purpose is broadband communications systems. Those are in a supporting role to telecontrol: EMF weapons, surveillance, smart city open gulags, the internet of enslaved bodies, and total control of everything via Orwellian “autonomy”.

These are not the only examples: organized religion usurps spirituality as a meta-fraud; NGOs hijack real charity and spread corruption instead; family courts break up families and hawk children to abusers; feminism steals freedom to raise a family from women and turns them into tax serfs; and competitive sport substitutes for development of real fighting skills for young men. Each fraudulent inversion of natural culture is so widely accepted as the way things are that questioning them results in becoming a social pariah.

Systems of silent enslavement work better than those which require obvious fences and clanking chains. Meta-fraud is the mechanism by which these are established and scaled. Meta-frauds are successful because they are by construction hard to perceive, large, and longstanding: each one is a “new normal” that excludes the idea of any rival system that has legitimacy. By their nature they lead to totalitarian societies — be they communist, fascist, or transhumanist in nature.

The simultaneous unravelling of all the interconnected meta-frauds is therefore both unthinkable to most people, and the most sizeable change to human society possible, short of relocating to another planet or dimension. The Great Awakening is the transformation of our society so that these frauds are widely perceived, which is an experiential process. We have to endure the exposure and collapse of these meta-fraud systems and institutions, in order to overcome and transcend them.

Eliminating meta-fraud is a paradoxical process, in that it involves “boiling the frog too fast”. For instance, the slow rebranding of “red” Marxism as “green” Environmentalism is derailed by suddenly increasing energy prices and creating shortages, which in turn causes people to question the official explanations being offered. The decline and fall of the empire of meta-fraudsters looks like a horrific end of established society, but actually it is only the beginning of genuine civilization.