Direct Democracy: Everyone is a Chief 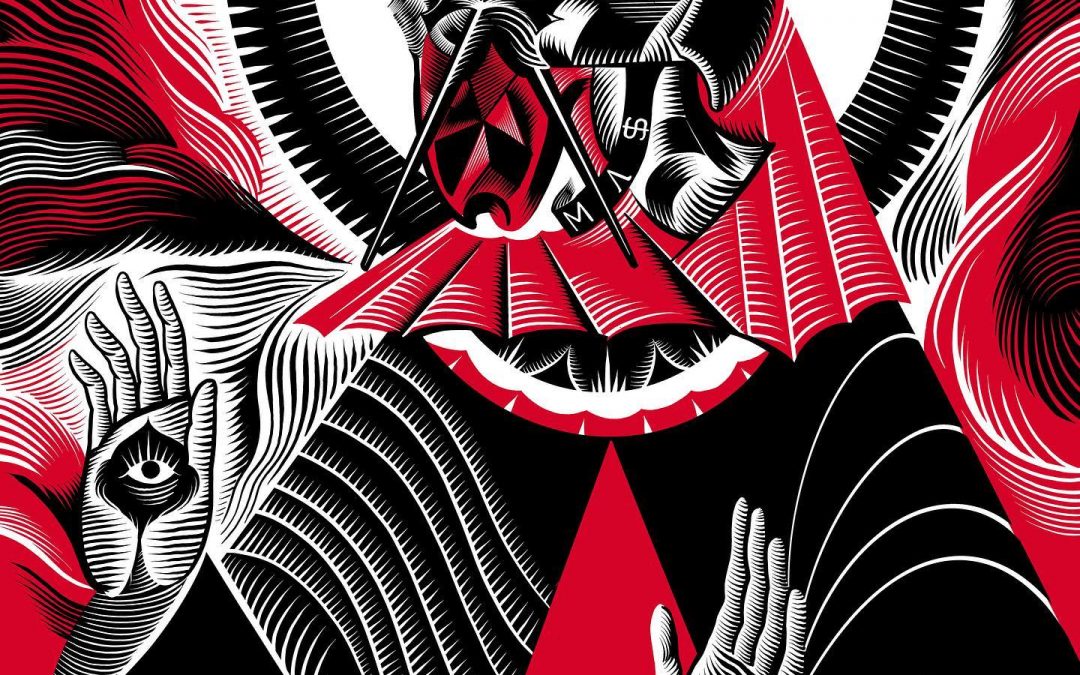 Direct Democracy: Everyone is a Chief

“We might as well require a man to wear still the coat which fitted him when a boy as civilized society to remain ever under the regime of their barbarous ancestors.” ~Thomas Jefferson (slave owner)

Speaking of barbarity, there is perhaps nothing more barbarous than the current indirect, vertical, centralized, hierarchical democracy passed down to us from our ancestors which indoctrinates and brainwashes its citizens into believing it is functional, moral, and just. When really it is only functional in the sense that it has replaced an aristocracy of birth with an aristocracy of avarice—the rule of the rich. That’s not democracy; that’s plutocracy.

The critical difference between a barbarous, hierarchical plutocracy disguised as democracy that surrounds us and a direct, horizontal, decentralized democracy of the future, is the meaning we give individualism itself. It really comes down to a single vital question: will we be fiercely individualistic for each other, or against each other?

In the spirit of “shedding the coat which fitted us as a boy,” embracing the ideal of decentralized self-governance despite centralized government is a direct path toward a truly functional, moral, and just democracy—a direct democracy. A democracy that’s egalitarian, horizontal, decentralized, and fiercely individualistic. A democracy that honors cooperation first and competition second, where security and self-preservation are secondary to freedom and self-sufficiency. A democracy where everyone is a chief.

“When an entire working lifetime can be spent on the production line of a factory, the individual becomes isolated, anxious, and self-absorbed and collapses into a fragile one-dimensionality—personified in the bureaucratic citizen, or soldier for whom obedience to authority becomes one of the highest virtues.” ~Luis G Herman

When obedience to authority becomes one of the highest virtues in a society, you know you are on a slippery slope toward tyranny. You know you are morally bankrupt when your sense of morality has shrunk to obeying orders or having blind faith in some arbitrary authority. That’s the problem with a hierarchical system built upon a rigid chain of command: one’s sense of individualism becomes competitive at the expense of cooperation.

In such a system individualism is reduced to selfish competition and petty one-upmanship. Vertical democracy breeds this kind of one-dimensional citizen who feels like he/she lives in a dog-eat-dog world of everyone against everyone else. Where the rich hoard everything at the expense of the poor. Where the overriding ethical motivation has been narrowed to doing one’s job, earning a living, and maximizing profits, usually at the expense of society and the environment. Where a sense of morality has been dwindled to an afterthought and spirituality drowns in the religious dogma of statism.

Meanwhile, the underprivileged are unlucky and they become victims to the paid-for elections, unjust arbitrary laws, and the corruption that tends to come from the entrenched power of the privileged. This happens on both sides of the petty and parasitic partisan aisle. Both sides are guilty of the corruption that comes from entrenched power politics.

Vertical democracy also leads to disempowered citizens who believe they do not have the right to rule themselves, who cede to the chain of command under the false notion that other humans—who are just as fallible and prone to mistakes as they are—will somehow have their best interest and will create laws that are not arbitrary and merely an opinion backed by a gun.

And that’s the rub. That’s the kick in the shins. Indirect vertical democracy is inherently divorced from wisdom. It is morally bankrupt. It has no spiritual center that can connect itself to the otherwise interdependent whole.

This leads to a sense of inner impoverishment, alienation, and confusion. It inevitably collapses in on itself into plutocracy. It is a politics of greed and one-upmanship that serves only the selfish type of individualism, which leads to division of labor, specialization, and hierarchies of wealth and power. Usually at the expense of both individual and environmental health.

A new, updated form of democracy is needed. A direct democracy that honors the political freedom of the individual and respects an individualism of cooperation which can lead to self-sufficiency, a deeply rooted sense of security, a caring community, and balance with nature.

“People afraid of losing their truth tend to be more violent than people who are used to looking at the world from several different viewpoints. Questions you cannot answer are usually far better for you than answers you cannot question.” ~Yuval Noah Harari

The beauty of direct democracy is that people born and raised in such a system will generally be used to looking at the world from several different viewpoints, due to the built-in horizontal, one-on-one, Socratic dialectic.

Direct democracy is confrontational. It’s face to face. It’s not democratic in the sense that majority rules but in the sense that everyone rules. Everyone gets a say if they choose. Everyone votes with their feet. Everyone tends to be politically proactive because everyone is invested in being chief and balancing the power of other chiefs so that power never gets a chance to become corrupt. They have skin in the game, so to speak.

Direct democracy is inherently egalitarian and eco-centric. It has worked, and worked well, for our species time and time again. The Iroquois Confederacy is a testament to functional horizontal democracy that lasted for almost four hundred years and was used as a benchmark for what eventually became the US Constitution. It worked well for a social and political species seeking selfless individualism, cooperation, health, and balance with nature.

Direct democracy’s individualism of cooperation is interdependently healthy. It is decentralized, tightly bonded, yet fiercely independent. Not in a self-preserving sense, which leads to political stagnation, but in a self-sufficient sense, which leads to a robust political activism. Each empowered “chief” is liberated and empowered to be a proactive citizen because they are directly invested in the health of the “tribe.”

In our current centralized vertical democracy, it is too easy to lose ourselves in the delusion that isolated political constructs led by power hungry plutocrats will somehow save us or bail us out. This leads to political laziness, one-dimensional partisanship, sycophantic puppetry, and a weak reliance on uninformed voting through electoral systems grown corrupt because power can be bought and paid for. Indeed, elections have become auctions. At the detriment of us all.

This wouldn’t happen in a direct democracy where everyone checks and balances everyone else. in a healthy horizontal democracy, everyone votes with their feet. There is a vital, face-to-face dialectic that keeps the tribe healthy and politically robust. When everyone is a chief, there is no chance for a power-hungry plutocrat to arise because chief checks chief for the overall health of the tribe. This was Socrates’ vision.

One might ask how such a direct democracy could work today with our vastly populated societies. The solution is local-to-global horizontal assemblies. Political assemblies could take the place of the electoral system altogether. Especially political assemblies using a Socratic dialectic where my thesis and your antithesis can lead to a progressive synthesis.

The assemblies could begin locally and then branch out globally. Beginning with town assemblies, then county assemblies, then state assembles, then national assemblies (which would absorb the Senate, the House, and the Judges, and without the entrenchment), and finally the Presidential Assembly.

Each assembly would have built-in social leveling mechanisms. Vast assemblies where everyone’s voice can be heard, and where every chief has the chance to become a political leader through a simple and random lottery (otherwise known as sortition). Easy. No voting necessary. All voting would be assembly powers to vote out bad leaders. That’s it. Lottery-in, vote-out. Simple.

Of course, this would mean a complete overhaul of the current centralized plutocracy disguised as vertical democracy. It would mean raising our children to be politically proactive adults who understand how power tends to corrupt. It would mean teaching them the importance of community, face to face Socratic discussion, and fierce individualism that’s more cooperative than competitive. Tall order, sure. But as Epicurus surmised, “The greater the difficulty, the greater the glory in surmounting it.”

This article (Direct Democracy: Everyone is a Chief) was originally created and published by Self-inflicted Philosophy and is printed here under a Creative Commons license with attribution to Gary Z McGee and self-inflictedphilosophy.com. It may be re-posted freely with proper attribution, author bio, and this statement of copyright.