Do You Have Personal Integrity or Are You Self-Deluded? 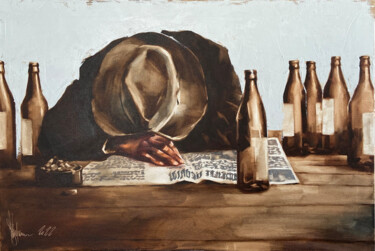 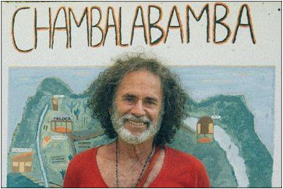 Do You Have Personal Integrity or Are You Self-Deluded?

Some say that the outer is a reflection of what is inside. There are mainly 2 threads that run throughout history. The same two threads that run inside each individual, that is, the conflict between coming from the ego, in the sense that the ego only does things for some kind of personal reward and the heart, which gives out of caring and the need to contribute. Most often those that come from the ego are those in positions of power who are there to benefit themselves at the expense of the public, while the latter, those that are compassionate, empathetic, and caring are the rare exceptions that wish to lift everyone equally like boats on the rising tide. Unfortunately, they seem to almost always get murdered.

This ties into personal integrity vs. self-delusion.

“The Archontic Deception Strategy is used to socially engineer the death culture, a culture of fear, dishonesty and deception. This is achieved through Pavlovian mind control conditioning that adopts extremely self-destructive behaviors as the standard model to guide human behavior.

Through conditioning these same behaviors repeatedly in mass media to manufacture social norms, it has produced a population of people that commonly display these negative ego qualities of fear, dishonesty and deception as an acceptable value system that guides their deepest motivations and interactions. People without a value system of personal integrity are easily corrupted and manipulated by mass mind control, producing unstable, erratic and destructive behaviors.” Lisa Renee (https://shiftfrequency.com/personal-integrity/).

It is easy to be “self-deluded” without knowing it. I believe that the degree of one’s personal integrity is directly related to the degree that one feels inner joy and peace. This is my “theory”. And that many who suffer with addictions, “bad luck”, who often feel victimized and constantly blame others, and therefore cannot accept responsibility for the quality or lack of quality of their lives, people who suffer from auto-immune disease perhaps and other disorders might be people who are living in a self-delusion. They are not being truly honest with themselves. And there seems to be many people like this. It is endemic.

To find people who genuinely care for others, who can hold unconditional love for everyone, and have a real sense of the sacredness of all of life, who live by principles, and who do not hate others, while at the same time finding unethical behavior to be unacceptable, who are non-violent, and who see the value in cultivating deeper and deeper humility (being equal on the absolute scale) and gratitude for the opportunity that life is, and who know no shame for they do no intentionally shameful actions, to find individuals like this, is becoming increasingly more difficult.

One could imagine a U curve, and those who have pure hearts, that is, only good intentions, are at one extreme and the psychopaths, those who lack empathy for others on the other extreme. The bulk of humanity, it seems, are a mix of good and bad qualities. Unfortunately, I don’t believe that that is good enough. It’s just like washing dishes, if you don’t remove every speck of dirt, it’s not really clean.

Assuming then that the bulk of humanity are in the large area of the U curve, that is, not really honest, and have been absorbed and corrupted by the corrupt, anti-life system of which we all must live, endure, and radically change, these people are the ones that have fallen under the sway of the constant and ubiquitous propaganda, simply by being addicted to TV news. And being manipulated like zombies, they block the way to a just, peaceful, and beautiful world. This is a problem that is not being addressed and it makes it possible for the atrocities to continue and to be accepted.