Fairy Creek: A Call to Action by Nowick Gray 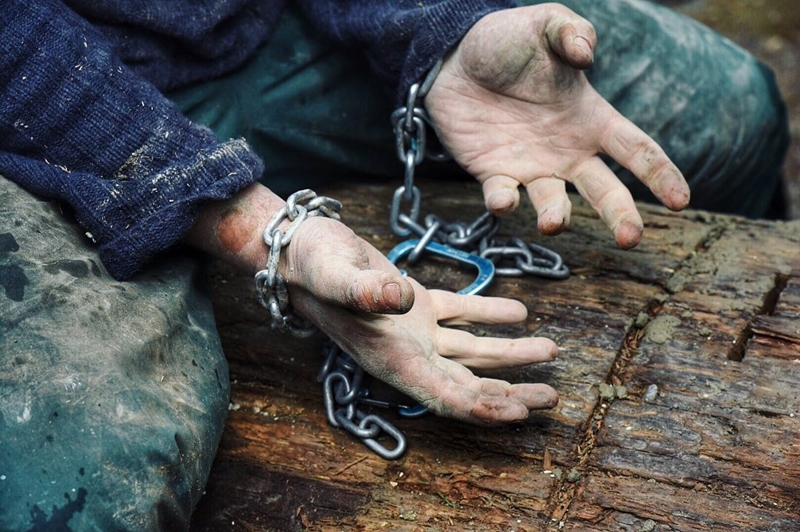 Fairy Creek: A Call to Action

Fairy Creek: A Call to Action

Imagine Avatar II: a real-time live action roleplay, with real sacred trees at stake. The people of the trees are painted not only in blue but all colors of the rainbow. They keep watch fires at the barricades, logs repurposed to guard those still living. In the upper camps, the iron dinosaurs of destruction groan with rage as they tear at the entrails of the chained sleeping dragons—spells of protection conjured as if by some sly magic by the guardians of the forest. 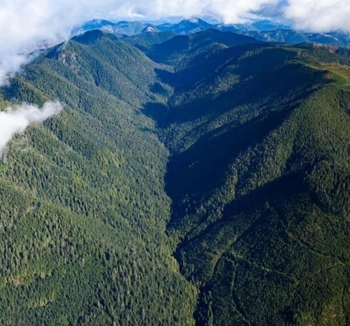 The ongoing blockades at Fairy Creek, in service to the ancient sacred groves of remaining Old Growth, face mounting pressure from squads of RCMP assigned to enforce the edict of corporate rule, even over indigenous territory. It doesn’t help that the local band council has been paid off to profit from the logging; the determined youth know better and follow their hereditary leaders in standing firm. They hold the real front line in this battle and they suffer the most for it, with night raids from paramilitary commandos who rough up the young men and women, destroy their camp, and return a few hours later to repeat for good measure. By day, the heavy equipment roars awake to root them out of their defenses, tons of vibrating steel chewing beside their heads and limbs. When they are extracted and taken into custody, the logging crew moves in fast to carve out a chunk of “Eden Grove.”

Still, the other camps hold. Hundreds march peacefully on the road, subject to illegal searches by police. A forest of red dresses appears, searing into memory the murder of indigenous women all across Canada. Buses of seniors come from the city, bearing cookies to show they care. Hikers transport supplies to the camps. Vehicles arrive with donations of food, tools, camping gear. A village has sprouted up to care for the needs of the people: information, communication, meals, healing, legalities, art. Every day, more are needed.

Everyone here has something to contribute, something to learn. There is a greater purpose. It is sacred; everyone knows it, everyone feels it. Because it’s in the trees. Just as we honor our own elders, we recognize the trees as our elders. And the more ancient, the more wise, the more sacred.

This the destroyers will never understand… until they face their own mortality. 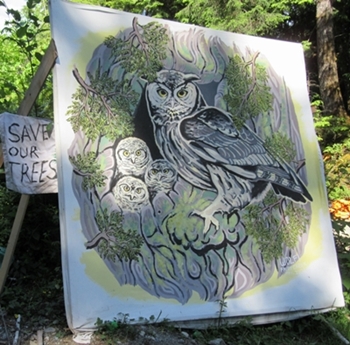 At the root of our lives, of all life, is Nature. You think it goes without saying. No, it needs to be said. Otherwise we forget. Just as we forget, neglect our elders. Our human elders, the ancient trees, they go hand in hand. And not in isolation, but in community. Not as a tiny grove, “a tree museum” as Joni Mitchell put it, but as a community of old and young. Home to countless species with the same intrinsic value as our own, some rare and threatened like the western screech owl. The thriving, enduring forest connects us with time immemorial. It is the tenuous bridge between a living past and a viable future. 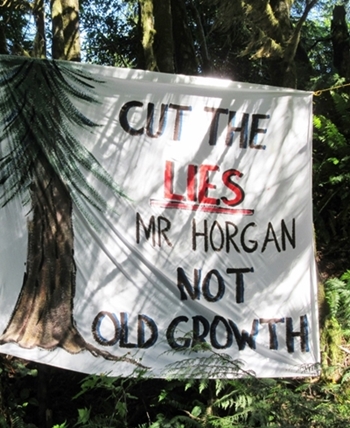 The Sierra Club was quick to confirm the latter intuition by spelling out the reality on the ground.

In May, after a year of almost no action to protect at-risk forests, a group of independent experts shared a map with the province that used criteria from the old-growth panel report to identify the most endangered forests that need immediate deferrals from logging. Their maps show 1.3 million hectares of forests that need interim protection, 2.6 percent of all forests in B.C.

[Horgan’s] deferral announcement for Ada’itsx/Fairy Creek and Central Walbran adds up to 2,000 hectares or 0.15 percent of the forests that need interim protection. Almost all at-risk forests across the province remain open for logging, including thousands of hectares on Southern Vancouver Island.  —Sierra Club of BC

While the announced deferral of selected areas deflects and confuses public opinion, roadbuilding continues nearby, to expand access to the vulnerable timber. Deferral means calculated delay, until opposition might be expected to dwindle. 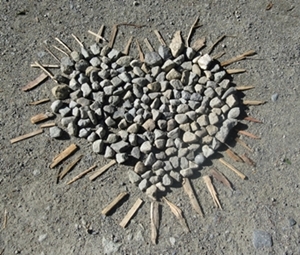 Observing the spirit of cooperation and community at the Fairy Creek main camp is a revelation. Friendships are formed in sharing a shift by a barricade, standing in when someone fails to show. Volunteers of the moment run errands while others hold the fort. Personal stories are shared, arriving from the city for the day, or from across the continent to join this cause.

On the organization side, people and materials are recruited efficiently to serve ongoing and spontaneous needs. The mood is at once cheerful and serious. In the large meetings of a hundred or more in a circle at HQ, I am struck by the maturity of the facilitators and participants alike. Not like the protest movements of decades past, of fractious ideological bickering, ego trips and defensive posturing.

Here, those taking roles as spokespeople are able to state clearly what is needed; and when someone in the circle airs a new concern, it is quickly addressed as others offer to step into whatever shoes need filling.

It’s a group effort: local democracy in action; active nonviolence whose time has come; civil disobedience in its most constructive and creative performance. 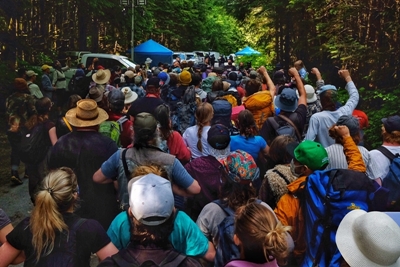 We are in a culture war for freedom.

The corporate police state cracks down to do what it does—extract resources—and the people do what we must to fight back.

Though the Fairy Creek organizers aim to appease the Covid mythmakers, their focus is pure: save the trees. The big-picture analysis ends in the same vein: the rape of the planet. In this autonomous alchemy, the division between Covid cultists and deniers is blurred, sidelined. A healthy sign, as we catch a glimpse of freedom in human terms. On this circular stage surrounded by the curtain of big trees, “us against them” means caring people against the enemies of nature, of spirit, of freedom to live.

That’s all we hope to grant these ancient cedars: their freedom to live.

Against this freedom, the war is waged relentlessly. By whom, is not exactly clear… but isn’t there a limit to how far to stretch the word “human”?

I think a curse should rest on me, because I love this war. I know it’s smashing and shattering the lives of thousands every moment – and yet I can’t help it – I enjoy every second of it. —Winston Churchill 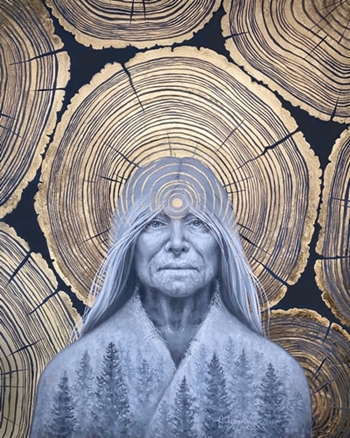 It’s a shock to the system to return to “normal”—mainstream traffic, shopping, houses, asphalt, “civilization”—after a taste of the elixir of creative and collective freedom, held in the grace of the ancient sacred forest. Our modern way of life is already many steps of new-normal removed from these old-normal ways of cooperation, communication, mutual respect and care.

Or maybe, I dreamt it all happened like that once, but really we are the first to bring the potential to realization, and the next ones will make it still better.

Or maybe, we are finally starting to listen to our elders again, to teach us what we have forgotten, but they remember. How to be human, how to live, and how to honor the oldest ones of all, our allies in this struggle: the circle of trees.

We face each other in the circle, across the sacred fire. Wind stirs the flames to dance inscrutably before us while we consider personal and interpersonal choices, consequences, timetables, emotional stresses, material needs, political climate, police strategy. Someone reminds us to stand and stretch, to turn and look outward.

We nod to them in humble respect. We say a silent prayer: we have their back. We stand, to help them stand. “We’re all in this together.”

Yes, and they came first. This, truly, is their territory.

We ask permission. We give thanks. We fall silent. We listen.

Our prayer is acknowledged, in the fragrant breeze. The trees give thanks. 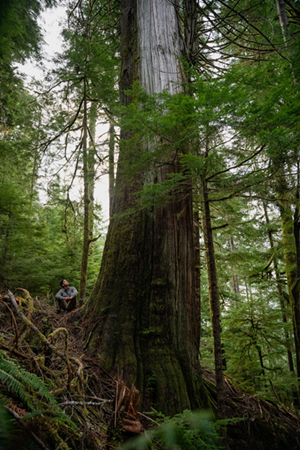 Nowick Gray writes from Salt Spring Island, BC. His books of genre-bending fiction and creative nonfiction explore the borders of nature and civilization, imagination and reality, choice and manifestation. Connect at NowickGray.com to read more. See Nowick’s YouTube interview with Lorenzo of the New Now Agora. A regular contributor to The New Agora, Nowick also offers perspectives and resources on alternative cultureand African drumming, and helps other writers as a freelance copyeditor at HyperEdits.com. Sign up for the “Wild Writings” email newsletter for updates and free offers.