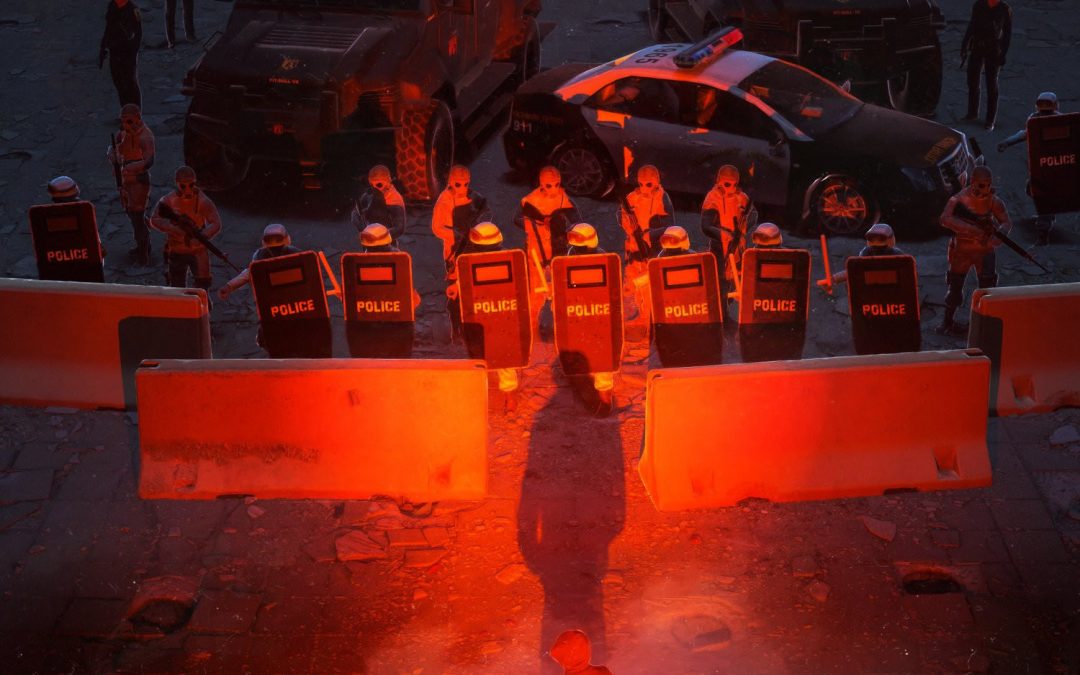 “A happy life is impossible, the highest thing that man can aspire to is a heroic life; such as a man lives, who is always fighting against unequal odds for the good of others; and wins in the end without any thanks. After the battle is over, he stands like the Prince in the re corvo of Gozzi, with dignity and nobility in his eyes, but turned to stone. His memory remains and will be reverenced as a hero’s; his will, that has been mortified all his life by toiling and struggling, by evil payment and ingratitude, is absorbed into Nirvana.” ~Arthur Schopenhauer

The war on freedom is very real. But the battle line must first be drawn within. The frontline begins with the self. It’s easy to fall into the trap of thinking the way things are is the way things should be. But it’s thinking like this that prevents progress and improvement.

The choice between courageous heroism and comfortable cowardice must be made by each of us individually. We must all choose between vulnerably facing the unknown with courage, or invulnerably hiding from the unknown behind outdated armor.

Cowards abound on the outskirts, reinforcing outdated notions of law and order. Apathetic armchair warriors are rampant behind the ramparts, soft in their comfort zone, weak in their privilege, all-too-certain with their spoon-fed rhetoric and antiquated platitudes. But most of them don’t even know that they don’t know what’s going on.

Worst of all, are the Thin Blue Line bootlickers with their Blue Lives Matter eye guards blinding them to the true nature of reality. They cannot see how all lives cannot matter until black lives matter as much as white lives (or even blue lives) do.

Ad hominems aside, the ideal of the crimefighter is vastly overrated. Rampant crime is not really an issue anymore. As David Pinker said in a recent TED Talk, “Our ancestors were far more violent than we are, violence has been in decline for long stretches of time, and today, we are probably living in the most peaceful time in our species’ existence.”

In fact, more crime is created by crimefighters fighting unjust wars like the war on drugs than crime otherwise. As Bryan Stevenson said in Time Magazine, “Since Nixon’s “tough on crime” rhetoric and “war on drugs” we have used a criminal-justice approach when we should have used a public-health approach.”

Where the crimefighter offensively overreaches with outdated laws despite freedom, the freedom fighter defends freedom from the overreaching state despite outdated laws. Let’s break them both down…

The aggrandizement of the crimefighter:

As it stands, the police have become the weak men who are creating hard times.

Historically, police had a stronger code of ethics and less power. They were also better trained and held to a higher standard. But now, cops are ill-trained, overly powerful, and they blindly uphold outdated and unjust laws while being held to a lower standard than criminals. It’s no longer a matter of protecting and serving; it’s a matter of blind allegiance to antiquated law and order and obediently following the chain of command out of fear of the thin blue line.

This weak, offense-minded policing has created hard times through aggressive overreach and oppressive extortion rackets. This includes, but is not limited to, civil asset forfeiture. As if police brutality, extortion, and an overreach of power weren’t enough, unscrupulous police officials have been manipulating the deeply flawed federal and state laws that give them permission to seize, keep, or sell any property allegedly involved in a “crime.”

The problem is the entrenchment of power with no recourse (not even courts are a just recourse). The problem is cowardice hiding behind militarized hyperviolence. The problem is weakness disguised as strength, which creates the illusion of invulnerability. The problem is ill-trained incompetence that “fears for its life.”

What happens when you have ill-trained men and women who can’t handle the heat but who also have more power than God—acting as judge, jury, and executioner in the streets? You get whiny, woe-is-me, pseudo-cops using the rhetoric of “I feared for my life” as a poor excuse to defend their grave incompetence.

Nine times out of ten, had the cop simply left well enough alone—that is, had the cop simply not overreached with his/her power—the situation would have resolved itself. All too often, where weak, ill-trained, crimesplaining cops are concerned, violence is the “answer” to even simple problems.

Fear-based, violence-based, policing just leads to the victimization of the citizenry. A healthy society cannot live under the fear of violence. All such societies eventually dissolve into tyranny unless those who enforce the fear and violence back off—that is, the police must stop overreaching, stop shooting first and asking questions later, and simply allow people to be free as long as they are not being violent.

As David Graeber said, “People don’t need to be threatened with force or fines or jail time (or divine commandments) to get them to do the right thing. We can organize ourselves and police ourselves. In fact, that’s the only way it can happen with respect and dignity maintained.”

As such, police overreach must switch to police being policed. So, who will guard the guards themselves? Who will police the overreaching, hyperviolent police despite their entrenched power? The answer is “the strong man created by hard times”: the freedom fighter.

The rise of the freedom fighter:

“If a man wants to become a hero, the snake must first become a dragon: otherwise, the hero is lacking his proper enemy.” ~Nietzsche

As it stands, the snake of the overreaching police state has indeed become a dragon. It might even be a dragon that’s too big to fail. But, as David courageously faced down Goliath, so too must the freedom fighter face down the power of the state and the overreaching crimefighters who back it up.

Freedom fighters rise above the pettiness of their statist indoctrination by reconditioning their cultural conditioning. They un-wash the brainwash by questioning the Powers That Be to the nth degree. No authority is off the hook for being ruthlessly interrogated and found wanting. This especially stands for entrenched authority.

The new league of strong men will be those with the courage to police the police themselves. Their strength will come from their courage and insouciance, from their audacity and daring, from their fearlessness and eagerness to take risks.

In a world bloated with outdated, immoral, and unjust laws, it takes a particular flavor of courage to stand against it. It takes someone with Promethean audacity and Nietzschean ruthlessness. It takes an anti-hero with thick skin to prick and deflate the ego of the thin-skinned hero cop. It takes amoral wherewithal despite the too-moral goody-two-shoes on one end of the Courage Spectrum and the immoral psychopaths on the other end. It takes the kind of courage that counterintuitively balances light with dark, joins summit with abyss, and baptizes one’s badness into one’s best.

The key is nonviolence. The nonaggression principle is foremost. The best weapon against violence is nonviolence. Or, even better, laughter in the face of violence. So today’s freedom fighter must be equipped with an ironic sense of humor that borders on satire (even sacred clowning).

Counting coup will be a much-needed skillset. The freedom fighter who is able to nonviolently count coup on outdated power constructs, reveals the weakness of the power construct, which the citizenry can then attack with ridicule, cultural shaming mechanisms, and merciless parody.

Through emboldened acts of civil disobedience, the freedom fighter becomes the personification of checks and balances. By counting coup on the enemy—whether physically, psychologically, or even satirically—the freedom fighter defends freedom in the face of all entrenched power constructs seeking to trap freedom in a box of pseudo-safety and pseudo-security.

At the end of the day, the freedom fighter—unlike the crimefighter—only uses violence as a last resort to protect freedom itself. Using violence to fight for freedom only kills freedom. But using nonviolent tactics to fight for freedom reinforces freedom while courageously mocking those who perpetuate violence.

Freedom thrives in nonviolence; it dies in violence. Unless the only choice is violence through self-defense. Violence must be the last straw lest, paraphrasing Gandhi, “an eye for an eye make the whole world blind.” Violence on top of violence only leads to more violence. But, as Gandhi also said, “When there is only a choice between cowardice and violence, I would advise violence.”

This article (Freedom Fighter Versus Crimefighter) was originally created and published by Self-inflicted Philosophy and is printed here under a Creative Commons license with attribution to Gary Z McGee and self-inflictedphilosophy.com. It may be re-posted freely with proper attribution, author bio, and this statement of copyright.