Fuck Fear! Transform it into Fuel Instead 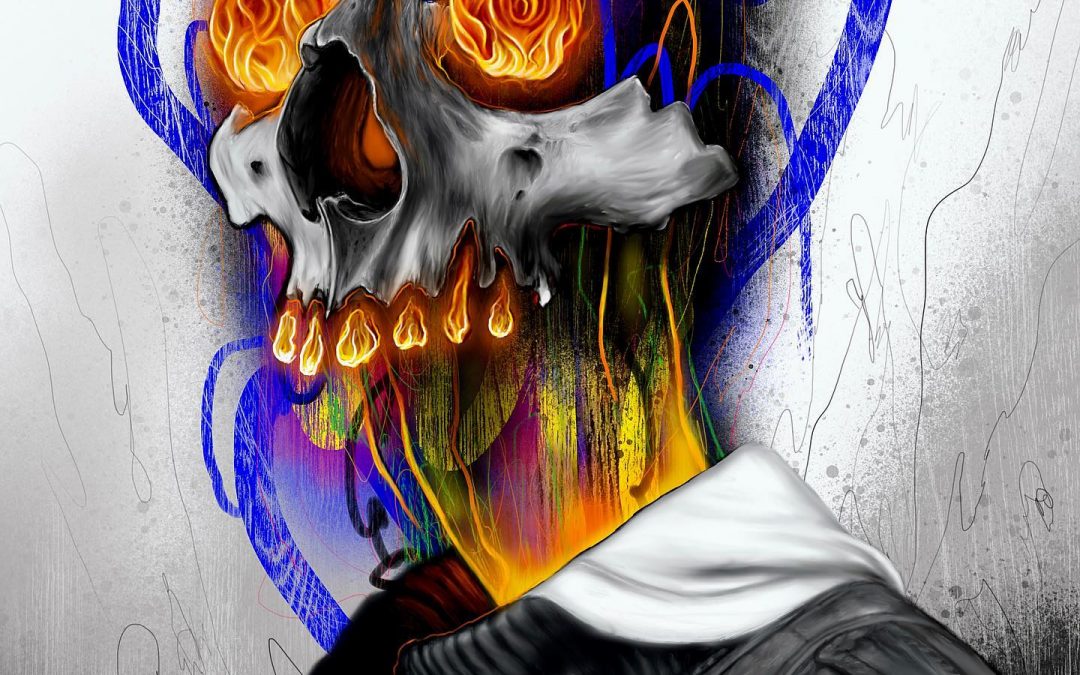 Fuck Fear! Transform it into Fuel Instead

“We are all ready to be savage in some cause. The difference between a good man and a bad one is the choice of the cause.” ~William James

Fuck fear! Fuck angst! Fuck existential dread! Turn it all into fuel for the fire of life instead. Life is less about getting what you want and more about making the best of what you get. It’s about playing a shitty hand of poker like a boss. So you got dealt fear, angst, ennui, dread, and a sense of meaninglessness? So what? Play the hand! Own it. Double down on it. Bluff the devil and take God for all he’s worth. Turn it all into gold by becoming unfuckwithable.

Unfuckwithable (adj.): When you are truly at peace and in touch with yourself, and nothing anyone says or does bothers you, and no negativity or drama can touch you. ~Urban Dictionary

Transform fear into fuel for fire:

“The difference between a good life and a bad life is how well you walk through the fire.” ~Carl Jung

Rule number one of being unfuckwithable: Fear is fuel for the fire of doing what you love.

Never forget that. It will get you through just about anything. And even if it doesn’t, at least you’ll have the ‘fuck-it bucket of your daring’ to toss all your fucks into.

As long as what you love to do is valid and in alignment with the universal laws of health, you can’t go wrong. Be savage. Be fierce. Love dangerously. Love as you live—on the edge. Love on purpose, with purpose. Love like you’re not going to live forever. Because you aren’t.

With a love this fierce, this bold, this full-frontal boss-mode, fear has no choice but to become fuel for its fire. For—have no illusions—love is fire. Fear is its kindling. Because of this, it is the hottest fire that ever burned. No moth can resist it. No moth can survive it. Only the Phoenix thrives there. Or fire itself.

Be fire itself! No fear, but for the fuel of it. No concern, all burn. This is what fearlessness truly is. Your love is a blaze of glory just waiting to flare up. Let it flare through the sieve of what you fear.

Be brave despite danger or hardship:

“The bravest are surely those who have the clearest vision of what is before them, glory and danger alike, and yet notwithstanding, go out to meet it.” ~Thucydides

Rule number two of being unfuckwithable: Focus on what you can control, let go of what you can’t.

In that speck of hope is all the courage you’ll ever need. A dash of courage trumps an ocean of doubt. Use that courage like a sword. Or, even better, a scythe. Cut through the storm of the unknown. Shred the shroud of not knowing. Slice and dice the thickness of uncertainty. Not for the goal of invulnerability. No. For the transcendence of absolute vulnerability.

Cut with your soul. Meet the danger in the throes of adventure. Meet the glory in the field. Meet the albatross on the path. Meet the Minotaur in the labyrinth. Cut! To cut means to engage absolutely. To cut is to become the sword. Even if you have no sword. Cut. Cut the obstacle until it becomes the path. And if God Himself should stand in your way, cut that bastard down and become one with all things.

Nip fear in the bud through self-inflicted knowledge:

“Ignorance leads to fear, fear leads to hatred, and hatred leads to violence. This is the equation.” ~Averroes

Rule number three of being unfuckwithable: Stay as close to the edge as you can without going over.

Death is a given. Use it to hone a proper perspective, to sharpen the sword of your courage. This soul-sharpening comes in the form of spiritual circumspection, or existential skepticism. Ignorance will lead to fear and fear will lead to hatred—with paranoia, nihilism, and ennui in between—if you’re not careful.

Allow uncertainty to become your guide. Just as fear can be transformed into fuel for fire, uncertainty can be transformed into fuel for curiosity. Curiosity is the cure for certainty. It will give you an edge. It will keep you ahead of the game. You’ll be playing James P. Carse’s Infinite Game while everyone else is toppling over themselves in the myopic one-upmanship of the Finite Game.

Don’t Leave Me This Way by Anthony Hurd

This article (Fuck Fear! Transform it into Fuel Instead) was originally created and published by Self-inflicted Philosophy and is printed here under a Creative Commons license with attribution to Gary Z McGee and self-inflictedphilosophy.com. It may be re-posted freely with proper attribution, author bio, and this statement of copyright.