Healing with Courts in the Supernatural Realms By Deanne Kaye 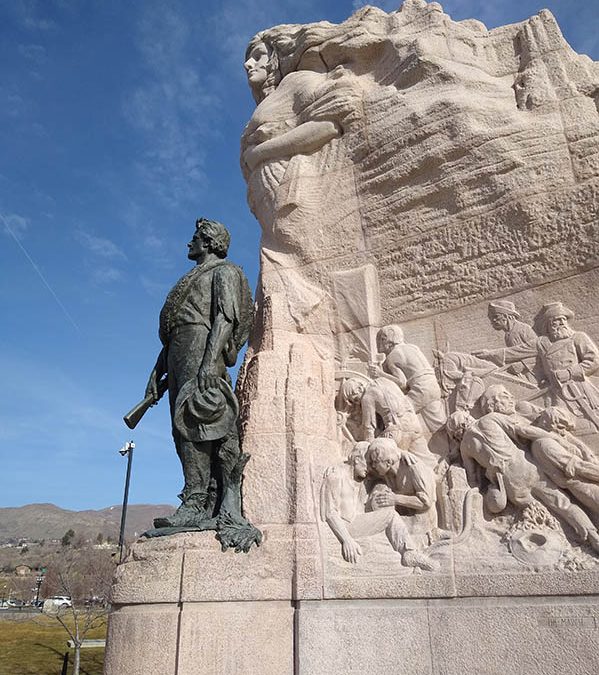 Healing with Courts in the Supernatural Realms

In all my years of healing work, I never thought I’d consider delving into the role spiritual realms play in our recovery.  In order to access this other arena in our healing, it’s important to know that our physical body is not our primary identity.  We are spiritual beings living out a physical existence.  And our problems stem first in the unseen realms before manifesting around and within us.  The concept of dark and light forces operating in our lives is really nothing new.  Communicating with other realms in prayer, making sacrifices to the gods for favor, and talking to spirits have been with us for eons.  When we know these truths of who we are and what the spiritual world is about, combating our pain and troubles through supernatural means seems to be the next logical step.  Psychological approaches to healing should definitely be explored to help us along the way.  But when we get to a period when breakthroughs don’t lead to long term effects, we can take our case to the courts of the higher realms to have them removed.  Sound crazy?  Well, read on for learning more about this!

I have a friend who like me has been exploring ways of healing pain.  She uses mystic tools as tarot, crystals, declarations, sage and incense to clear out the negative forces.  She knows this is an ongoing fight between the forces of dark and light, and like a warrior, she is prepared for her battles.  It is the causes of these battles we face individually that have often intrigued me and is central to the therapy work I’ve been doing.  I’ve looked at family origins of pain, the implications of karma, and the role that electromagnetic fields play on our minds through their emitting frequencies.  Little did I know that there is also a Christian perspective on these struggles in our lives.  They originate in the unseen heavenly realms and are binding cases brought to God in the courts, which in turn play out in our life.  Who brings up these cases?  We can call them negative forces or dark energy.  Rakshashas or evil deities like in Hinduism.  Satan, the devil or demons like in Christianity.  They are all similar concepts, just different labels.  These satanic forces have been quite busy over time in being able to make small or big cases against us and are adamant about making our life hellish in order to keep us out of our fuller power.  The problem is that if we don’t know about these cases, they continue to influence us until we make our case for having them removed.  It’s similar to psychology where we need to identify an emotion taking hold of us in order to deal with it.  If we don’t know what’s happening, we continue to be at the mercy of negative forces rather than standing in power to remove them.  Generally, in Christianity, there are 3 areas that cases are brought up against us.  They are with sin, transgression and iniquity.  I can’t imagine visually that these cases are actually played out with a cartoonish devil-like looking creature standing in a courtroom with his note pad, proudly talking to a white-like, bearded God sitting in the judge’s seat. But if it helps you grasp the idea more, then go with it as I explain the scenarios.

We’ve definitely heard of the word sin and probably don’t care much for it.  I certainly didn’t.  Then someone shared a less guilty sounding definition of it by basically meaning, separated from the awareness and presence of God.   It’s a general kind of term used for mistakes that harm ourselves and others.  With so many distractions, stress and obstacles around us, it’s impossible to have higher Godly awareness all the time.  It’s in this area that demonic forces can bring cases against us in a big or small manner.  When I act or speak out of obligation, stress, guilt, shame, or anger for example, dark forces are having an influence on me.  They continue to have an influence as long as I don’t explore more deeply what’s going on within me.  However, when these forces are neutralized through us being more mindful, conscious, aware, etc., they have less of an impact.

A subcategory for sin is connected to transgressions, which means stepping over our, or others’ limits.  This is commonly known today as boundaries.  I’ve learned a lot about boundaries, especially in my 20 years of 12-Step Anon programs.  Boundaries are transgressed through our words and actions.  Words can be outright insults and lies in order to protect our image.  They also show up in other more subtle common ways.  If you’ve ever heard someone start a comment with something like these:

If we preface sentences with such things as these, we are basically on route to criticizing someone and often use these to exhibit authority when we really don’t have it, especially over another adult.  A good therapist knows how to suggest options for change in a way that the client will consider it, and it be impactful.  In our day-to-day relationships, the best way someone will hear us is when we ask for guidance from them, rather than it being dumped on us!

When boundaries are transgressed through our actions, they can deal with manipulating circumstances to control outcomes.  A common term used for this is “people pleasing.”  People please-ers act in ways to avoid conflict.  They know how to make things “better” so the addict won’t relapse, a family member won’t be irritated because something wasn’t done right at home, or a driver abides by or anticipates what the passenger in the car wants during a trip.   Transgression or people pleasing is way different from simple acts of kindness or being a good steward.  If my behavior is modified so someone doesn’t get angry, then I am not respecting my own free will and knowing.  The other day, I volunteered to be the driver for a couple women going to church.  One of the women needs to use a wheel chair.  Since I’ve taken her a few places before, I knew the basics for helping her out.  The other woman joining us persisted in trying to control how we were getting ready, how I was putting the chair in my car and regularly gave her thoughts on how to navigate through the crowds that would be at the church that day.  As I watched these dynamics during our short trip, I gave her a couple gentle reminders to just relax and all would be well without us needing to fix all these details.  Now in her mind, she was just being helpful.  But was she?  She seemed more agitated than relaxed.

Incidences of transgression in relationships seem to be so prevalent and involve so much enmeshment that supernatural court cases must be having a hell of a time with us experiencing continued tensions in relationship, not enough money, too many possessions to compensate for lack, and less intimacy.  If you see any of these characteristics in your behavior, you know how frustrating it can be.  It’s a spiral we can and need to break free from beyond blaming someone else.  When we do reflective work and change our behavior, boundaries work in our favor rather than against us in this world, as well as the other worlds. 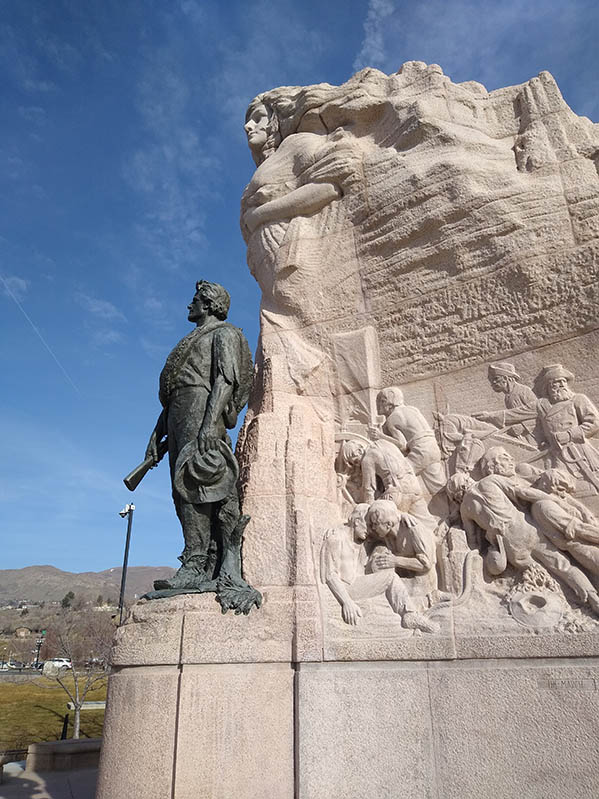 Another area where cases can be held against us is with iniquity, meaning a wicked act.  I had to look this word up!  So how could this play out in my life then?  When I consider it within a family line, the opportunities for ancestral curses or cases become more relevant.  It no doubt feels unfair that I would be held responsible for something my great grandmother might have done when she was 35 years old in the 1800s.  But it certainly adds another piece to this puzzle of injustices manifesting in our daily life.  In one seminar on the Courts of Heaven workshop, a testimony was shared of a man having had much prosperity in his life, but then there were a few years where everything seemed to go wrong.  He battled with prayer practices of every kind to deal with marriage, family, financial and reputation problems.  Sometimes he got occasional relief, but then things would fall apart again.  He was so exhausted and distraught.  Then one day he met a woman with abilities to see what was influencing him through his bloodline.  She could even zero in on the demon’s name.  The specifics of what had been done by an ancestor of his were not revealed to him, but he felt the pain that had been caused by the act.  He felt it to the point that if he had had the opportunity to apologize to the family involved, he said he would have done it!  Instead, he earnestly followed the procedures for asking the case to be removed in the Courts of Heaven.  Miraculously, within minutes of the process being done, he felt an energetic shift happen, and the wave of troubles started to dissipate over the next few days. Things need to change first within these supernatural realms before manifesting in our 3D reality world.  Other cases of iniquity in our ancestral line could involve burglary from a distant relative influencing us to experience theft ourselves, losing things from time to time, and/or people taking advantage of us.  Infidelity in our ancestral past, could cause us to have a spouse be unfaithful, or relationships not being fulfilling.

People have given testimonies in these Courts of Heaven seminars of alleviating personal problems, restoring marriages and healing chronic illnesses by removing cases that had been brought in the near or distant past.  Knowing that we don’t just have to endure and fight repeated battles can be reassuring.  The supernatural realms can aid us in aligning with more freedom and purpose when we know how to navigate through them.   In my next article, I’ll give more detail as to how to present our cases in these courts and have major breakthroughs in our lives.

Deanne Kaye has been on the healing path for over 30 years. She has explored traditional and alternative ways for healing and has been helping others since 2015 become free from such emotions as abandonment, shame, guilt, anger, self-loathing, fear, resentments, addictions and anxiety.  She provides experienced guidance, step by step work, meditation practices and a space of trust and presence for releasing unhealthy thoughts, emotions and limiting beliefs. Thewayoutforhealing@protonmail.com