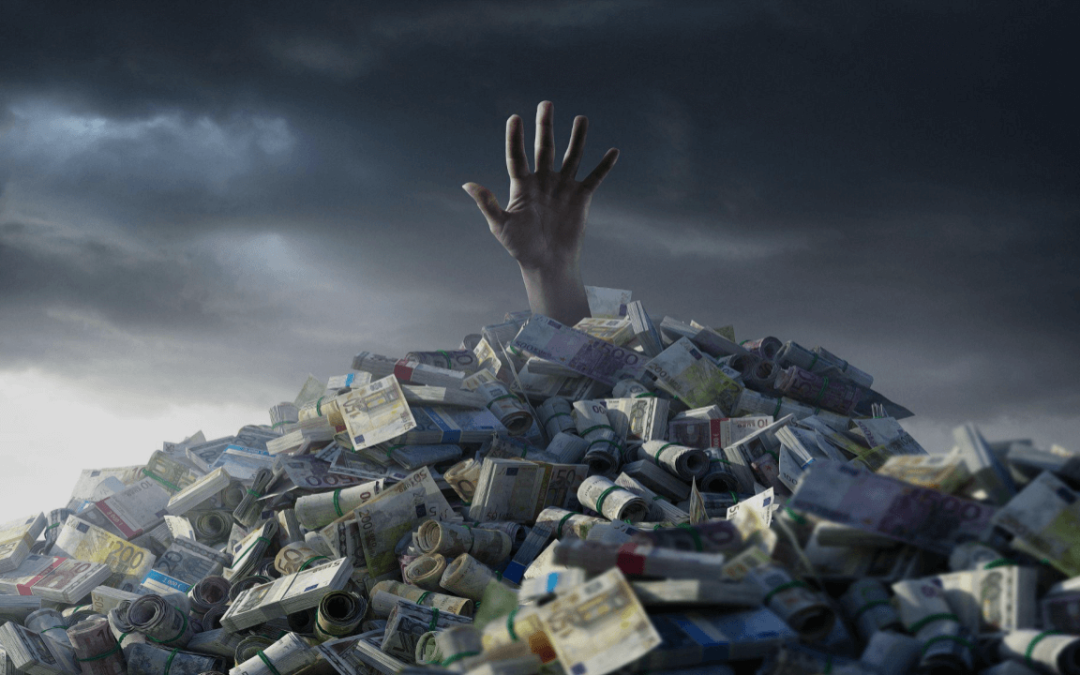 academyofideas.com
The following is a transcript of the video found at the end.

“…if inflation is not eliminated very soon, all our technological and scientific improvements will not prevent us from a tremendous financial catastrophe that will destroy practically all that civilization has created in the last several hundred years.”

The philosopher George Santayana stated that “Those who cannot remember the past are condemned to repeat it”, and in the modern day we are committing a massive economic blunder which has brought ruin to countless past societies. Central banks are inflating our money supplies at rates that could bring about the collapse of our economy and pull-down civilization with it. And in this video, using the example of Rome, we will explore the destructive effects of a policy of inflation.

“No matter how modest or benign it may seem at first, an inflationary policy is…always [fatal] in the long run. It has been tried many times and has always failed. It does not solve the problems of the society; it aggravates them and leads inexorably on toward self-destruction.”

Inflation is defined in several ways. Some use it to refer to a rise in the general level of prices, or what can be called price inflation, others use it to refer to an increase in the supply of money issued by a government or a central bank, which is called monetary inflation. For the purpose of this video, we are going to concentrate on the latter phenomenon as monetary inflation leads to price inflation and so can be considered the more primary phenomenon. Or as the 20th century economist Ludwig von Mises explains:

In the early Republic of Rome, the Roman State engaged in a policy of territorial expansion and with each conquest of a neighboring region the State plundered the defeated empire’s treasury and increased its own hoard. However, after suffering defeat against the Germans in 9 A.D., Emperor Augustus terminated the policy of expansion and the flow of wealth from foreign lands ceased. Augustus, and the emperors who followed, thus faced insufficient revenue. Taxes could only be raised so much without whipping up the sands of revolt, and so, as Joseph Tainter explains:

“When extraordinary expenses arose the supply of coinage was frequently insufficient. To counter this problem, Nero began in 64 A.D. a policy that subsequent emperors found increasingly irresistible.”

This policy involved debasing the value of the standard Roman silver coin, the denarius, by infusing it with cheap metals such as copper, and “clipping” both gold and silver coins, or in other words, reducing the size of them. The excess precious metal obtained from clipping and debasing coins was then used to create more coins, and with these newly minted coins the Roman State covered its debts and expenses and fattened the pockets of statesmen and political insiders.

The modern equivalent of this policy is the expansion of the supply of paper, or digital, money. However, whether one debases and clips coins in order to create more coins, prints more paper money, or adds digits to an account held with a central bank, the result is the same – monetary inflation. The quantity of money is increased, and all other things equal, this leads to price inflation and a rise in the cost of living. 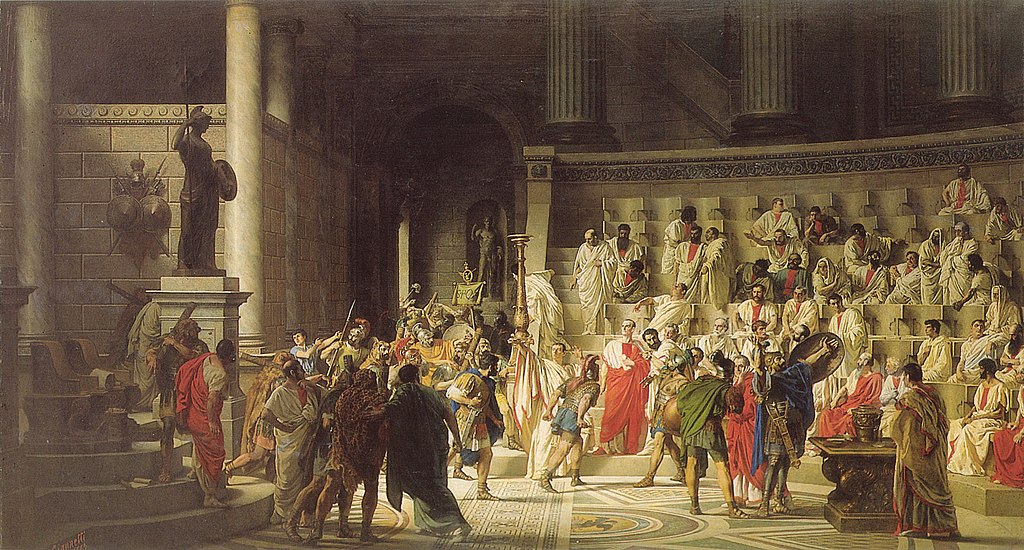 “The process [of monetary inflation] gives rise to a redistribution of income in favor of those who first received the new injections or doses of monetary units, to the detriment of the rest of society, who find that with the same monetary income, the prices of goods and services begin to go up.”

In ancient Rome the State took advantage of the delay between the debasement of the denarius and the market’s realization of its diminished value. It paid its debts and expenses with newly minted and debased coins, at prices that did not reflect the increase in the supply of money. In this way the political elite of Rome discovered a means to increase their spending, whenever they wanted, without raising taxes. And so, following the example set by Nero, whenever an emperor faced a shortage of funds, sought to expand the military, institute a new project or program, or merely enlarge the State’s treasury, he would debase and clip coins and increase the supply of money. And as Mises writes:

“If you want to study [inflation] today, go to a museum where they have coins minted in the past and see what happened to the silver coins of the ancient Roman Empire…And there you will see what governments did in order to profit by falsifying the system of money, by increasing illegally and against the wishes of the people, the quantity of money.” 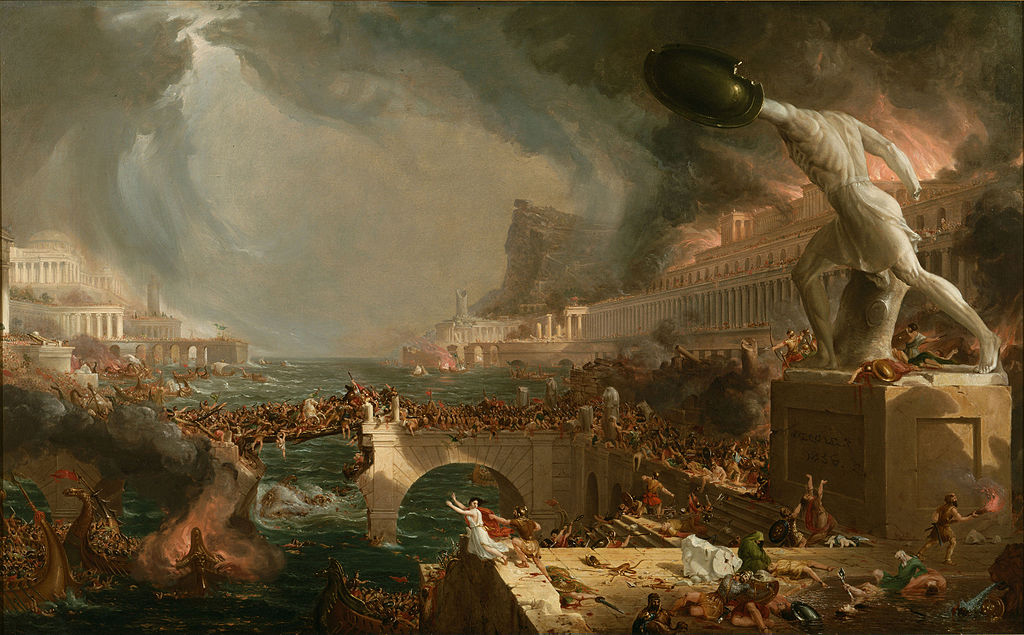 By the year 200 A.D., the denarius was debased to 50% of its original silver content, and the rising prices that followed became impossible to ignore. At this time the Roman State was, in the words of Harold Mattingly, “moving steadily in the direction of bankruptcy”. And so, despite the rising prices, the State decided to try to maintain the illusion of prosperity by continuing with its policy of inflation. And as a result:

“By the latter part of the third century the currency was so worthless that the State resorted to forced labor… the State was so unable to rely on money to meet its needs that it collected its taxes in the form of supplies directly usable by the military and other branches of government, or in bullion to avoid having to accept its own worthless coins.”

Referring to what happens to a society when its system of money is progressively destroyed by inflation, the American historian Otto Friedrich explained:

“If all money becomes worthless, then so does all government, and all society, and all standards.”

Otto Friedrich, Before the Deluge

This breakdown in the social order was readily apparent in Ancient Rome. During the period between 235 and 284 A.D., groups of military deserters, whom the Roman State was unable to pay, roamed the countryside, pillaging small towns and farms. Barbarians sacked and burned towns, destroyed crops, stole cattle, and carried Romans away into slavery. The average reign for an Emperor was a few months, many Roman emperors were executed, and at one time 30 different men laid claim to the throne. Civil wars were common. The population declined. Lawlessness prevailed in what remained under Roman control.

Will Durant, The Reformation: The Story of Civilization 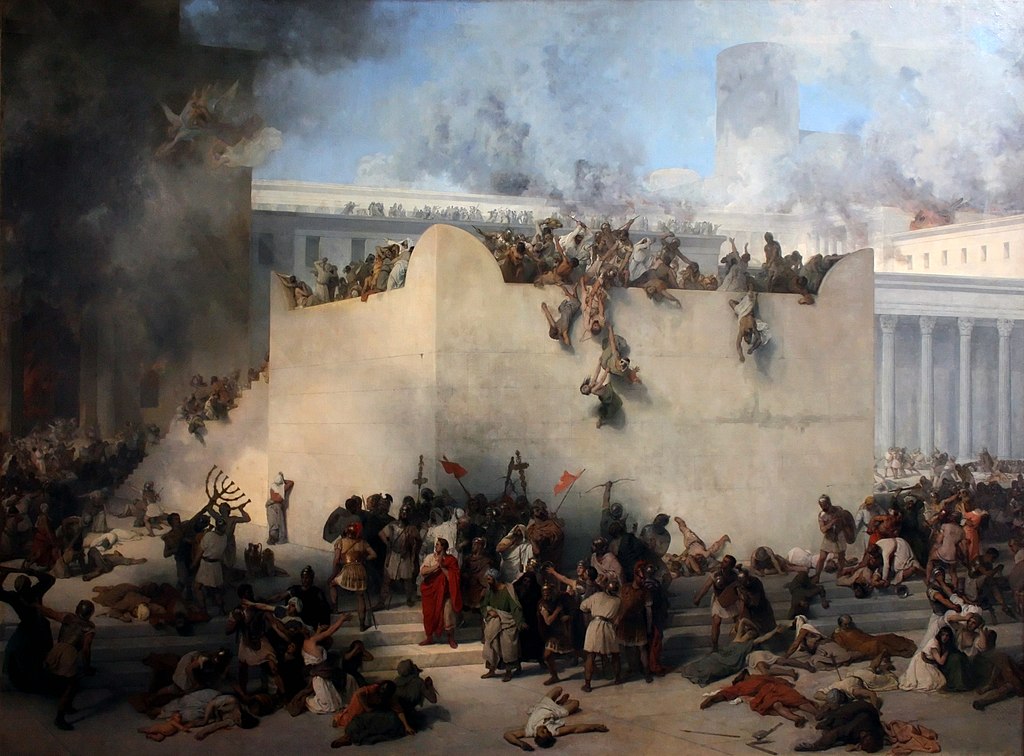 In the attempt to deal with rapidly rising prices, in 301 A.D. the Emperor Diocletian made the mistake that so many politicians commit during an inflationary period. Refusing to acknowledge that rising prices were primarily driven by the State’s policy of monetary inflation, he tried to solve the problem by implementing price controls for goods such as wheat and other necessities. However, these price controls led to shortages, the ruin of merchants and the decimation of trade between the various regions of Rome. “Sheer necessity led to the repeal of the law.”, explained Lactantius, an advisor to the Emperor Constantine. At one point Diocletian considered restoring value to the coinage, but the State lacked sufficient stores of silver and gold. Faced with massive expenditures and an ever-growing debt, Diocletian, and the emperors who followed him, felt their hands to be tied and so continued onward with a policy of inflation.

Due to the State’s prolonged policy of inflation, in the first half of the 4th century hyper-inflation kicked in. Joseph Tainter writes:

Whatever savings commoners held in denarii were reduced to a value of practically nothing. Those who could not pay their taxes were jailed, and so some families abandoned their homes and possessions or else sold their children into slavery.

“In talking about inflation, we should not forget that…there is the danger that depriving the masses of their savings will make them desperate…” 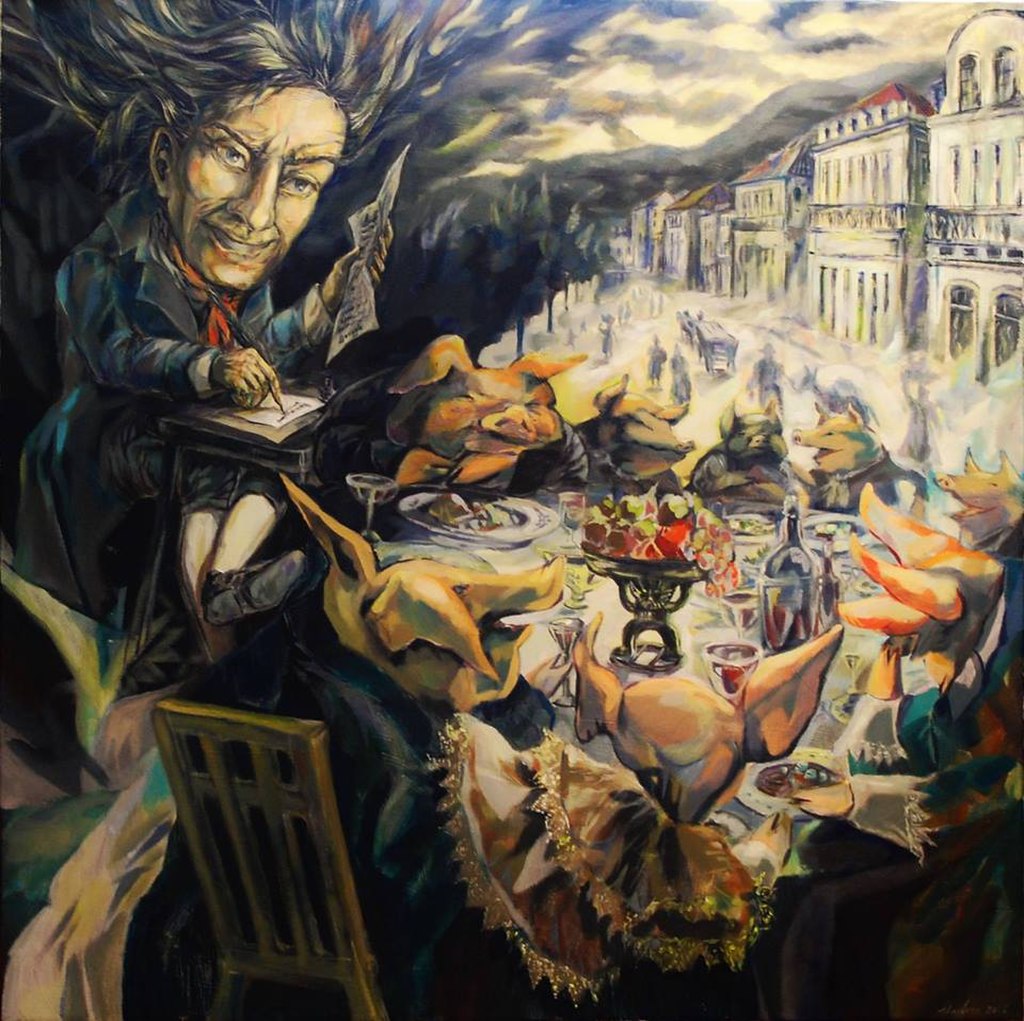 Farmers became dependent on their next harvest. Whatever crops were brought in were immediately sold to cover the cost of taxes. If barbarians raided, or if a drought or locusts destroyed their crops, they borrowed from neighbors, starved, or were jailed by the State.

“Under conditions of famine it was the farmers, amazingly enough, who were the first to suffer, often flocking to cities that held stores of grain.”

Due to increasing lawlessness, unrest and revolt, the political elite felt their power slipping away and so they grew desperate. Despite widespread poverty and famine, the State grew more authoritarian and continued to increase taxes and inflate the currency. However, by the 5th century, the peasantry was too decimated from prolonged State predation, and so, as Joseph Tainter writes:

“The advantage of empire declined so precipitously that many peasants were apathetic about the dissolution of Roman rule, while some actively joined the invaders…the Roman Empire lost both its legitimacy and its survivability…The empire could no longer afford the problem of its own existence.”

The story of Rome contains often neglected, but important lessons. One of these lessons is that when a government, or banking elite, claims the right to expand the supply of money without limits, it plays with a fire that can quickly spiral out of control and end in economic ruin, revolution, or even outright societal collapse.

The only way to protect against the dangers of a policy of monetary inflation is for the control of money to be taken out of the hands of governments and central banks. The interactions of people, voluntarily exchanging on the market, must beget forms of money which are widely used, and which cannot be manipulated by any man or institution. For as Mises wrote: