How Many Among Us are Suckers? 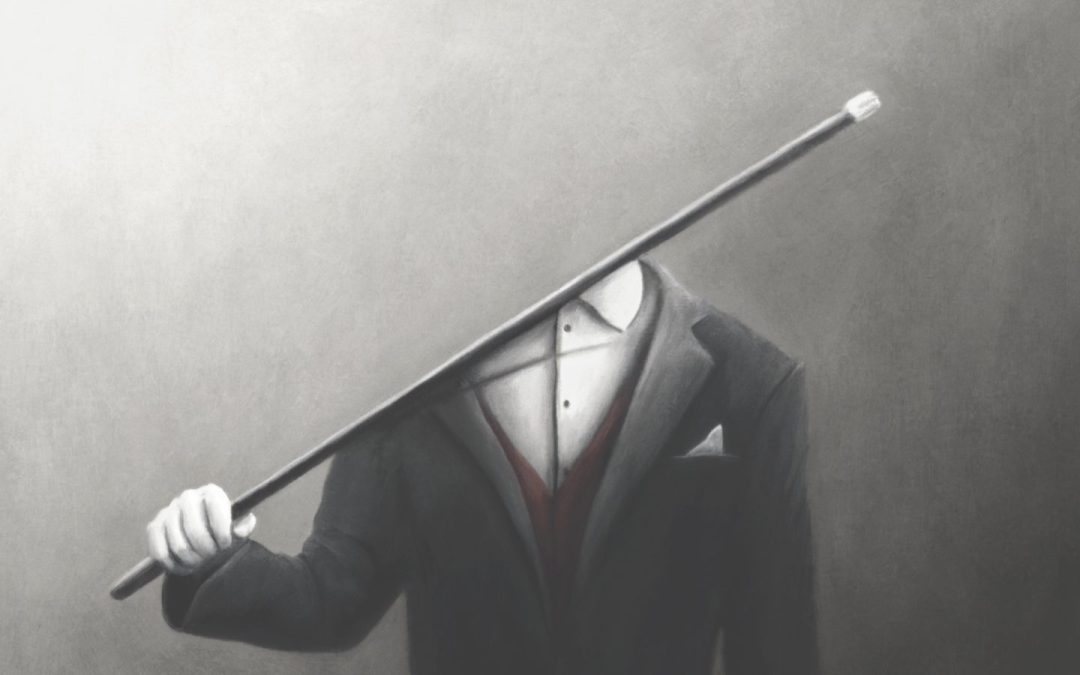 Sucker! In early adolescence there are few epithets that cut as deeply into one’s sense of self-worth as this one. At a time when you are desperately trying to figure out how the world really works, having this word hurled your way is a stark reminder that you are still pretty clueless, and thus not up to the fundamental adult task of protecting your best interests from predatory practices.

But not everything that is cruel and hurtful is without value. Knowing you’ve been had can be an opportunity for reflection.

To not reflect rigorously upon the ways in which others fooled you for their own ends in the past is to remain in a state of perpetual immaturity wherein you cede much of your own agency to people who—however nice or authoritative they might seem or even be—cannot ever respond to your particular needs anywhere near as well as can a truly mindful version of yourself.

And yet most everywhere I look—at least in the relatively prosperous subculture I am lucky enough to inhabit—I see Covid suckers, suckers who, moreover, exhibit little or no curiosity about how they’ve been duped. Indeed, many seem to exhibit a rather tender veneration toward those who have defrauded them.

For example, while having lunch at a Chinese restaurant yesterday, I overheard a conversation at a nearby table between six mature and self-evidently well-educated people in which each and every one complained with great exasperation about how they had done “everything right” when it came to masks, social distancing and vaccinations and still got Covid.

But no sooner had this round-robin of complaints ended that then they began talking about the urgent need to get further boosted against the deadly plague.

Question the policies? Or the efficacy of the vaccines? Call into question the quality of the information they had been provided about the virus and the vaccines? Nope. Just double and triple down on more of the same. And get suckered again.

I have to admit that my first reaction when I hear and see people acting like this is to write off the whole bunch of them as ignorant clowns. And who knows, maybe that is, in the end, the only practical solution.

But even if I do banish them from my precinct of concern, an intellectual problem remains. Why have so many otherwise high-functioning adult people been such suckers for the lies issued by the government-corporate behemoth over the last two-and-a-half years?

The reasons are many. But I think all of them are conjoined by a central cultural condition or problem: their growing incapacity for generating a sensorial and social understanding of the world around them.

We are animals, and like other animal species, are gifted at birth with an enormous storehouse of accumulated sociobiological knowledge. True, some of it is of little application in the modern world. Much of it, however, remains incredibly useful when it comes to enhancing our chances of living relatively contented and existentially successful lives.

Perhaps the most central of these “instinctual” skills is learning to carefully size up the moral and intellectual reliability of people around us.

Did you ever watch dogs check each other out when passing on the sidewalk? Humans have long done the same thing. What starts as an instinct in our case is gradually honed through the careful observations that only extended and repeated social contact—in places such as the dinner table, the school lunch room or the corner bar—can provide.

It is through repeated exposure to these and many sites of intense social observation that we learn how to read body language, divine the secret codes of the eyes, the enormous human capacity for insincere language and deceit (themselves survival tools in certain contexts), and on a brighter note, irony, which, by foregrounding the multiple layers of linguistic expression, greatly enhances our ability to recognize and resolve complex life problems.

Yes. Unless, of course, your life goals revolve around controlling others or getting them to pine for things that they do not actually need but whose consumption will make you rich and powerful.

For such people, the continued development in the population of the social observation skills outlined briefly above is nothing short of a nightmare. And this is why they do everything in their power to cripple people’s acquisition of them.

Through the nonstop flood of media messaging designed to induce, both through its clearly unassimilable volume and entropic forms of delivery, personal disorientation, and from there, grave internal doubts about the skills of social discernment most were born with and have hopefully further honed along the way.

The culmination of the process from their end is the formation of a mass of individuals that possess little or no trust in its inherent powers of observation and logic, and that are thus largely dependent upon the opinions of “experts” spouting elite-amenable ideas when navigating the most basic life issues and conflicts. If you don’t believe just how far advanced this breakdown of “street smarts” has gone in the population, take a look sometime at the pathetically infantile level of the questions posed at Quora each day.

Viewed in this context, do you really think it was an accident that known-to-be useless measures against spreading the SARS-CoV-2 virus centered precisely on practices (masks, social distancing, and generational segregation) that grossly inhibit children’s ability to hone their aptitude for social and interpersonal discernment during the limited time window they have for such developments?

The further one goes up the educational ladder, the more severe this process of sociocultural deracination gets. For all the talk of democracy and radical social change that takes place on campus, today’s universities are deeply hierarchical and often emotionally barren places where the development of individualized forms of socioempirical intelligence is not only not supported, but openly disdained.

Readily filling the gap left by the non-pursuit of these organic and often deeply humanizing forms of knowing are highly abstract and largely unproven policy desideratum, enforced through diktats and sanctions issued by chairs, deans and provosts, or by the more important movers and shakers in one’s field of professional specialization.

In a context such as this, the rhetoric of tolerance, and the paeans to the importance of free and unfettered inquiry, become mere accessories to what everyone knows, but no one will admit, is the real object of the game: the pursuit of power and/or a recognizable alignment with its known policy aims.

This ingrained schizophrenia regarding the true nature of the professional self is probably why so many academics find it nearly impossible to acknowledge, never mind apologize for, the naked rage and aggression that drive their ever-more frequent campaigns of personal destruction against others. And it is also probably why so many physicians are so ready to sign off on treatments whose underlying science and clinical effectiveness they know little, if anything, about. Might rules. And, beyond a bit of florid rhetoric in the case of the humanities scholars, they all know this and internally embrace it.

We live in a time when powerful forces, wielding very powerful new informational weapons, seek to place a wedge between ourselves and practices which have long been essential to the search for self-knowledge, social meaning, and the ability to promote and safeguard human dignity.

The speed with which these weapons have been deployed, and have insinuated themselves into our daily lives have left many of us dazed and confused. And history shows that when social confusion is fomented in this way, people often remit their intellectual and moral sovereignty to whatever nearby force appears to be most powerful and in control of the situation.

And thus it has come to pass among millions of rank-and-file citizens during the last two plus years. Let’s face it, these millions of people have been suckered, suckered by shameless “leaders” into giving up hard-won freedoms, their livelihoods and their bodily sovereignty.

The good news is that many of these relatively powerless millions have woken up to what has been done to them and have, it seems, pledged to never let it occur again in their lifetimes.

It would be nice to be able to say the same about those further up the educational food chain, people like teachers, lawyers, engineers, professors and doctors. But from my admittedly limited purview, I see little evidence for the existence of a large-scale move toward a catharsis among them.

One of the central, if largely unstated, presumptions of our system of government is that those who have had the privilege of learning would keep their heads clear and step into the social breach created by sudden waves of social crisis. Or to put in terms of a saying that I am sure many of us heard at one time or another during our early years, they would respond to the commandment of “To whom much is given, much is expected.”

In our time of need, however, the vast majority of these privileged people thought not about those less fortunate than themselves, or the debt they had to the society that had rendered their lives comfortable, but rather how not to run afoul of the super-powerful above them who were purposely stirring up fear and confusion in the culture.

Having succumbed to the stark logic of “kiss-up, kick-down” in the course of their professional training, they quickly channeled their inner Machiavellis and began suckering others into potentially very harmful behaviors on the basis of lies and half-truths.

Luckily for us, however, empirical reality has a way of taking vengeance on those who construct castles in the air and force others to make effusive statements about the solidity of their non-existent foundations. We are seeing it now, as Russia reminds us that if a struggle between paper wealth and natural resources is engaged, the latter will win every time. And so it will be with our elite fantasists and their “see-no-evil” disciples in due time.

They have suckered many people over the last two plus years, but perhaps no one quite as completely as themselves. For their less-powerful victims who have recognized their previous naivete, there is still the possibility of redemption. But for those comfortable who continue to sequester themselves in their self-constructed house of lies, the fall, when it comes, is likely to be sudden, cruel and definitive.

Thomas Harrington, Senior Scholar at the Brownstone Institute, is an essayist and Professor Emeritus of Hispanic Studies at Trinity College in Hartford (USA) where he taught for 24 years. He specializes in Iberian movements of national identity Contemporary Catalan culture. His writings are at Thomassharrington.com.

THIS WORK IS LICENSED UNDER A CREATIVE COMMONS ATTRIBUTION 4.0 INTERNATIONAL LICENSE

FOR REPRINTS, PLEASE SET THE CANONICAL LINK BACK TO THE ORIGINAL BROWNSTONE ARTICLE