In Troubled Times By Deanne Kaye 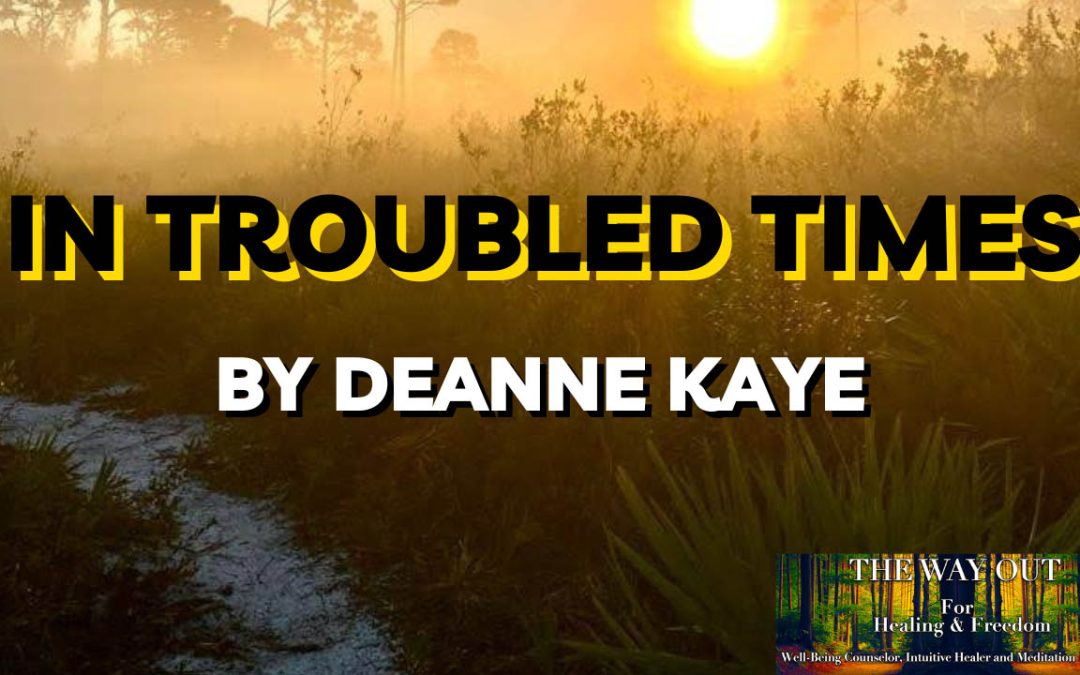 In my many months of travel and working on farms in the western part of the United States since May of 2021, I never thought I’d go to California.   The images associated with Hollywood, the extreme push to be “green”, the extended covid mandates, high gas prices, and rampant woke culture have all been too unsettling for me.  But I reconsidered my apprehension after I talked with a very interesting and inviting woman living at a homestead in the middle of California.  I felt comradery with her during our 1st conversation since she too was a teacher, and she told me that in their community, most were packing guns and didn’t support the nonsense.  That, along with our 2 conversations and her excellent reviews, influenced me to plow onward into California.  I had become weary from the past few months of unwelcoming farms where I felt more like a mistrusted servant than part of a family.  It seemed like after several days of R and R, this next farm would be different.

The nature in California was enough for alleviating some of my fears associated with this state.  The Pacific and the Redwoods offered rejuvenation along with the cool and cloudy weather.  Just days before getting ready to head further south, I was notified by the woman at the homestead that a 2nd heatwave was coming and I should delay my trip for at least another week.  I wanted to extent my stay on the coast, but when I got online, I could see it was going to be a challenge.  A lot of other people were also coming to the coast to escape the heat in the days ahead, so I couldn’t find an available, decent and affordable place.  I decided to revisit a previous plan of going inland to the Shasta and Redding area.  People weren’t flocking there cause it was also getting some of the heatwave.  Then after an inviting Airbnb posting came up on my feed, I booked it.  Is this something random or meant to be I wondered?

Summers are known for its triple digit temperatures in Redding.  But the day of arriving there, kids were strolling normally out of school, and plenty of people were driving in their air-conditioned cars going about their business.  Homeless people were scattered around the city either walking or sleeping in shaded areas. It seemed like life was all being taken in stride.  Just another day in a valley of a mountainous area.  I however was more than relieved to get to my destination for some reprieve from the drive of increasing temperatures and times of thick smoke from distant forest fires during parts of my journey!

My Airbnb was in a nice place and I met another renter there named Danielle.  She was close to my age, from France, had grown twins, and was very much into healthy eating.  She let me know that she thought it was unusual for me to take time to eat my healthy meal since the norms for Americans are to be on the go, go, go!  I agreed that it was a problem, but said I heard it was getting better.  Even after saying that, I realized that the majority of the people whose houses I’d stayed at since I started this trip, hadn’t been the healthiest of eaters so there was some truth to that norm.

Danielle had an openness and honesty that drew me to her easily.  We talked for hours that first night.  I especially loved the miraculous story she told about getting her vaccine passport to travel to the US without actually getting the shot.  Some months before, she had gotten a divine message to come to the states to teach about healthy eating.  She had had years of drugs, alcohol and sugar abuse so her health had been in shambles.  But within the last 10 years, she had restored her health to become a vibrant, healthy woman with an expertise in nutrition.  She leads classes on nutrition, restoring health through food, and advocates for detoxifying the body through coffee enemas based on the teachings of Charlotte Gerson.

Danielle continued on with her story of how she got to the states without the inevitable jab.  She had a level of faith and forbearance I hadn’t seen often in others.  As circumstances would unfold just days before she was to fly, an acquaintance mentioned a doctor who was giving out passports.  When she called his office, there was an opening the next day!  Then after getting in to the appointment, the nurse dispensed the potion into the sink, and she got her passport!  It was definitely a God thing Danielle told me.  This was just one of many other stories she would eventually share with me over the next several days about divine intervention in her life.

Over the week I was there, we spent time together when she wasn’t working.  I even attended a few church services with her.  As long as it’s cool and peaceful inside the building, I’ll go!  It was so refreshing for me to go to one service where there was no Jesus statue hanging on the cross or pictures of him that we needed to accept as his real image.  This church encouraged a personal connection with God rather than rituals, protocols and boring sermons.  They had songs of worships that were uplifting and were even doing hands-on healings that appeared to be working.  I thought things like this were staged, but it didn’t appear so here.  I’ve been to probably about 15 church services in my lifetime, amidst my years of agnosticism, gurus and ashrams, but none have taken the approach like this church did.  It made me feel hope and wonder around actually experiencing the holy spirit within us.

Other than being with Danielle and meeting a few nice people, I wasn’t impressed with Redding.  It was a small city with the same stores as anywhere.  I had long thought I should settle on a farm for growing my own food and unplugging from mainstream life.  So, I had to move on to the homestead, and that time was quickly approaching.  I felt sad to lose physical contact with a newly made friend, but I knew we would stay in touch.  I didn’t question my decision to leave.  On the morning I drove off, I could feel an emptiness swell in me the further I got away.  I was not only leaving Danielle, but something else that I couldn’t put my finger on.

Within the first few days of arriving at my next posting near Yosemite, I felt a darkness around the couple I was staying with.  They did not seem like the couple I had spoken with on the phone over the past few weeks.  The wife talked incessantly about money, herself and the faults of others, and the husband had chronic pain, so he was bitter and smoked weed regularly to deal with it.  One evening the wife told me how she had spent the Covid time teaching behind a plastic shield spread across the front of her classroom.  To this day, she still asks students to wear masks, so that she wouldn’t become a carrier of Covid to her husband with his compromised health.  “Now I don’t teach behind a shield across the room anymore,” she added, “but I have it in the front of my desk and I pretty much stay there during class.  I know the masks don’t work, but the kids are great and have agreed to wear them.  They are so considerate.  It makes us feel better.”

I was so dumbfounded by this that I just stared at her in disbelief.  Children wearing masks was something I was vehemently against from the beginning.  They shouldn’t be expected to sacrifice their health for others and reduce their oxygen intact.   Perhaps the look on my face made her think I was showing understanding, but I knew I couldn’t say anything to her about this.  She was still caught in the fear trance.  I went for a walk wondering how I would be able to stay there.  Perhaps the beauty of nature could compensate for everything.  But the amount of emptiness continued to intensify over the week.  It became unbearable one evening as I felt an intense pain in my chest.  It was an indescribable loneliness and hopelessness that I’d never felt before.  Was this mine or theirs?  I said mantras, burned incense and kept praying to make it go away, but nothing seemed to work.  I called Danielle out of desperation.

“It sounds like witchcraft” she said.  “We need to pray to get these spirits away.  Repeat this after me.  We tell these evil spirits to go in the name of our Lord Jesus Christ!” 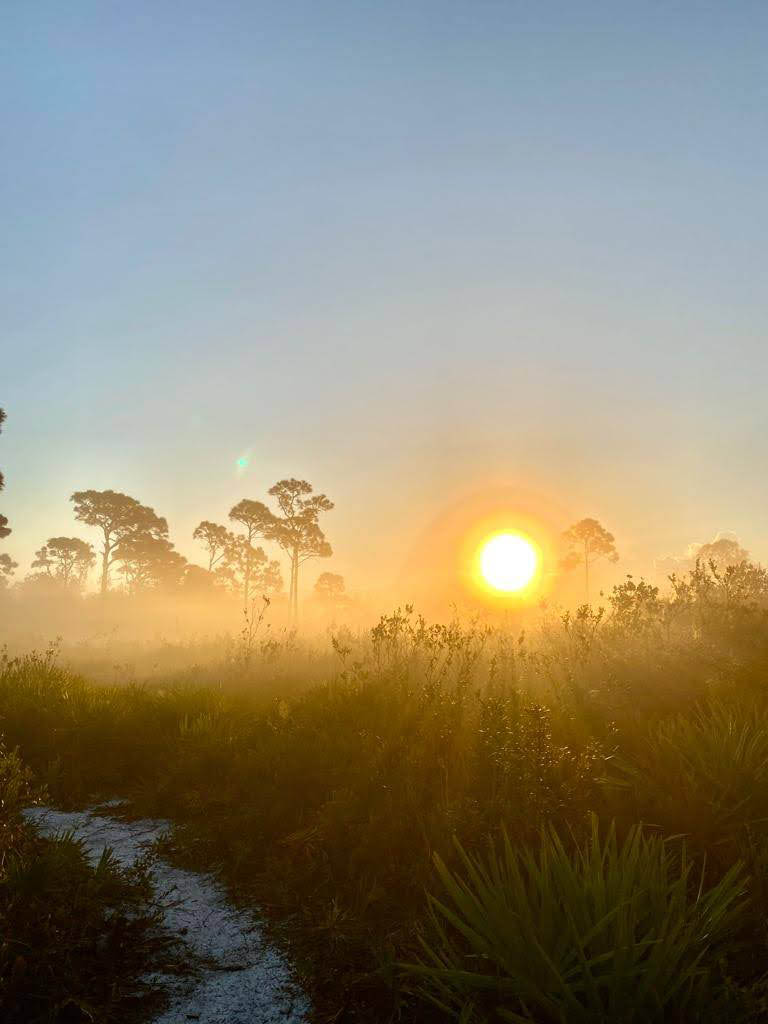 I repeated her prayers out of weariness and she continued on with even more prayers.  I would do anything to be free from that pain.  Much to my surprise, within seconds, the atmosphere shifted.  Then I felt the presence of Jesus sitting on my bed offering consolation and protection until I feel asleep.  The next day I called a few other Christians I knew asking for their prayers.  Every one of them responded to my call and flooded me with prayers. It was then that I knew I had to leave this place after one more day of work.  I didn’t have the strength to be where I didn’t belong anymore, and I was glad when I told the couple I wouldn’t be staying longer than the one-week trial period.  They didn’t seem to care.

I returned back to Redding looking forward to seeing Danielle.  I had booked a stay in a different Airbnb from before, and really didn’t know what to expect from being back.  I was just relieved to be away from that homestead.  A surprise was on the horizon that I was totally clueless about.  I invite you to read my next article about it titled, More Healing and Freedom Received.

Deanne Kaye has been on the healing path for over 30 years. She has explored traditional and alternative ways for healing and has been helping others since 2015 become free from such emotions as abandonment, shame, guilt, anger, self-loathing, fear, resentments, addictions and anxiety.  She provides experienced guidance, step by step work, meditation practices and a space of trust and presence for releasing unhealthy thoughts, emotions and limiting beliefs. Thewayoutforhealing@protonmail.com