Is Fear of Freedom an Invitation for Fascism? 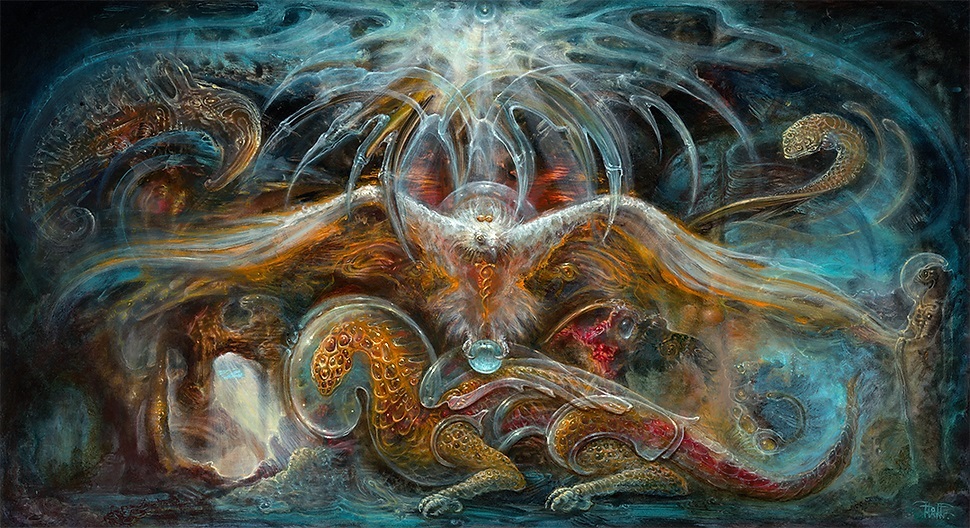 Is Fear of Freedom an Invitation for Fascism?

I am revisiting Dr Erich Fromm’s seminal work ‘Fear of Freedom’ (also published as ‘Escape from Freedom’) as the basis of this article. To understand the causative agent behind major trends in society, one must uncover the chief psychological forces at work at any one time.

By grasping the relevance of the seeming hypocrisy ‘fear of freedom’, it becomes possible to understand the composition of the psychosis currently running rampant through the central arteries of society.

What we are dealing with is the willingness of a large proportion of society to give-in to the will of a perceived authority figure or figures. To do so without ever questioning the logic or rational of what that authority is doing or demanding.

Probably the best known example in recent history of this, is the behaviour of the masses of German society at the time of the rise of Adolf Hitler.

In ‘Fear of Freedom’ Fromm devotes a considerable number of pages to an analysis of the human motivation – or lack of it – that enabled Hitler to hypnotize his people into into obeying his often completely irrational and incoherent demands. To accepting conditions that, with the application of just a small amount of emotional and rational thought, would automatically be rejected by ordinary sentient individuals.

As Covid ‘lock-downs’ and Klaus Schwab’s demand for a ‘Great Reset’  are revealing, the same sequence of top-down irrational authoritarianism is repeating this phenomenon with seemingly very similar affect.

There are certain conditions that must prevail in order for it to be possible for very large numbers of people to capitulate to the commands of an authoritarian figurehead.

The chief ones are: a generally low sense of self esteem; an insecure prevailing financial situation and a fear of stepping out of line with the pattern of behaviour of fellow humans.

It is this last factor which can be the most potent element of self betrayal.

Freedom is not won by avoiding commitment or confrontation. On the contrary, freedom is achieved by taking responsibility and facing the foe. The former interpretation has been made popular by an age in which technology and machines in general have assumed greater importance than human relations. Where basic human responsibility has been off-loaded onto a computer.

A great deal of superfluous ‘luxuries’ of our consumer fixated society are the result of a fascination with ‘the gadgets of leisure’. The emphasis on ‘convenience materialism’ eventually eclipsing the social need for cooperation and interactive mutual support.

The US founder of modern advertising Edward Bernays, played a significant role in launching this trend by developing a method which he called ‘engineering consent’; deceiving customers about their supposed need for products empty of genuine value or merit and often destructive of human and environmental health. Bernays’s notion of ‘engineering consent’  was also applied politically,

to leverage support for one or other political party.

But the ability to deceive can only work if the recipient has surrendered his/her commitment to fundamental life values that underpin a humane, fulfilling and creative existence.

In a sense they work in tandem. In Fear of Freedom, Fromm reveals that the desire to control and the desire to be controlled are not opposites, but symptoms of the same basic sickness. The sadist and the masochist are both expressions of extreme alienation and deep fear. The fear of facing the responsibility of freedom. Which means seeking the truth and taking control of one’s destiny.

The sadist in someone arises when that person adopts a fixed position or inherited ideal as a secure totem upon which to dedicate their adult life. This action serves to crush the manifestation of the natural, innate creative and humanitarian energies, that left to their own devices lead the individual towards the realization of his/her true potential.

Of course, following this creative urge initially brings with it a sense of insecurity. One is ploughing one’s own path – not following someone else’s. It requires courage.

But to reject this ‘road to freedom’ out of fear of the unknown, is to block the spontaneous social, mental and spiritual development of the growing individual. To create a barrier against the directions passed to us by our souls. And that causes a deeply distorted version of ‘the true path’ to become manifest in its place.

The Perversion of the British Political Elite

For example, at the British private Preparatory Boarding School I attended from the age of eight to twelve, the head master was a sadist. He saw his role as turning-out boys as ready leaders of a (dying) British Empire.

To achieve this aim, the subtle emotional state inherent in all children, had to be knocked-out and overlaid by a conformism to the fixed concept of ‘manhood’; a requirement to fulfill the demands of becoming ‘a leader of the Empire’.

Chief among the characteristics of such a leader is the ability and readiness to kill for a cause. The cause, in this case, being to uphold the ‘unquestioned superiority’ of British colonial rule. With this conviction being uppermost in the mind, the killing is to be performed coldly, without emotion.

The headmaster of my primary school kept four canes in a glass fronted cupboard in his study. Each having a slightly different ‘whackability’. Any boy falling foul of his wrath was subjected to ‘six of the best’ from one or other of these canes.

A boy’s bruised and bleeding backside was then patched-up by the matron who looked after children’s health. But for the mental trauma there was no matron and no sympathizer.

The headmaster was an imposing athletic figure and when he whacked, it was with full venom and sadistic satisfaction. The general ethos of the school was carried-out in the name of ‘toughening-up’  little boys still emotionally attached to their mothers.

Perverts featured prominently among the staff. The Latin master would regularly run his hands up one’s shorts while correcting home work. And the physical training teacher, a Sargent Major, was an equally lecherous individual whose military training was put to full effect in keeping his gymnastic pupils in order.

Please understand that this school (which is no longer) was the training ground for the political elite; a sister school of the infamous Eton College, the breeding ground for eligible future politicians and Prime Ministers, followed by the blue chip universities of Oxford and Cambridge.

When one considers the deep sickness on display amongst the upper echelon of political (and non political) ‘leaders’ in the UK today, one can see at what an early age it was already being fostered.  Pedophilia, child molesting and even child sacrificing, are not perversions that come from nowhere.

The roots of many top-down diseased minds are buried in traumas that started when they were children – and are now being played-out via reversed roles – a pattern that many psychological treatise on psychotic individuals have revealed.

It’s a fine line that separates the psychotic and the Satanic; and it is perhaps no surprise to find that there are two Masonic Lodges situated within the Houses of Parliament at Westminster.

At the heart of the exclusive upper echelons of the British establishment is a largely unspoken commitment to maintaining a self engendered sense of being ‘of the gods’. Thus gifted the right to impose rules on those ‘below’ which will ensure recipients remain in a broadly socio-economic condition of serfdom, and that the perpetrators of that serfdom will be fed according to their addictive need. The need for a ‘sense of power’ to compensate for an inner emotional void and state of abject spiritual poverty.

As Fromm explains in his analysis of the behaviour of Adolf Hitler, the Nazi leader despised those who submitted to his will, but respected those who stood-up to him.

This is the coward’s formula which incorporates a form of self loathing concerning one’s own inner weakness.  The lack of any pathway towards the realization of a deeper ‘I’.

This quirky and contradictory power-v-serfdom trait is evident in the way the City of London maintains its demonic grip over global financial affairs.

It has been reported to me that during a ritualistic annual pilgrimage to ‘The Temple’ at Lincoln’s Inn at the heart of the City of London, the British Monarch walks, head lowered, three paces behind the Lord Mayor while passing through ‘The Gates of the Temple’.

The quasi-religious symbolism is clear: money is power and power is everything. Even a Monarch will acknowledge his/her indebtedness to those who control vast empires of wealth.  But that same monarch will feel a general sense of disdain for the tens of thousands whose hard labour and poor wages underpinned the pompous halls of wealth occupied by their masters.

In conclusion, from my own experience (as a survivor) of the sadistic power used to prevent young people from following their natural inclinations to creative expression and warm co-habitation, it is evident that ‘fear’ is at the very root of the depraved and schizophrenic behaviour patterns so evident in most so called ‘leaders’ of today.

Look no further than the fear imposed Covid bandwagon, with it’s fear fueled lock-downs and fear fashioned threats against digressers. Symptomatic of a psychosis running deep within the veins of the small club whose grip on this world is essentially the same grip as the headmaster of my Preparatory School school sought to exert on his unfortunate pupils.

The leaders of The World Economic Forum, The World health Organization, The United Nations, The Bank of International Settlements, The International Monetary Fund, The World Bank, Black Rock, Bayer-Monsanto/Cargill, to name just a few tyrannical oppressors of the people, are the modern day imposers of the empires that the British were once so proud to force upon the indigenous cultures of other lands.

They, with the help of government and on the orders of a secret cabal, reach into the cupboard for the same canes in order to whack any dissenters, as did the headmaster of my Preparatory School in order to bring into line any rebellious pupils. It’s a revolving door and those entering and leaving are closely connected with each other.

They are a form of dark brotherhood – witness the Skull and Bones Club of Yale University – sworn to protect and maintain the lie, the opposite of which they dare not face. The lie that the only way to avoid responding to the innate urge of the soul to set sail on the path of truth, is to accept one’s destiny as a clone like devotee of the soulless and vindictive gods of materialism.

As part of the turmoil of conflicting forces manifesting today, the silver lining is that a great shake-down of all old conscious and subconscious addictions to hierarchical and slavish patterns of existence is starting to manifest.

A whole new paradigm of spirit based love and respect for all elements of creation is beginning to emerge. Is moving ever further into a territory once seen as a secure fortress against the manifestation of truth.

As Erich Fromm so clearly recognized ‘Fear of Freedom’ and the trauma it imposes on the self and on others, is not a permanent state. Embracing real freedom is an act of love. A courageous act of recognition of our oneness with all humanity. A commitment to take responsibility for the world we were born into as well as for the flourishing of our own special creative contribution to the evolution of that world.

Julian Rose is an early pioneer of UK organic farming, writer, international activist, entrepreneur and holistic teacher.  He is Co-founder of the Hardwick Alliance for Real Ecology HARE https://hardwickalliance.org/ . Julian’s latest book ‘Overcoming the Robotic Mind – Why Humanity Must Come Through’ is strongly recommended reading for this time: see www.julianrose.info