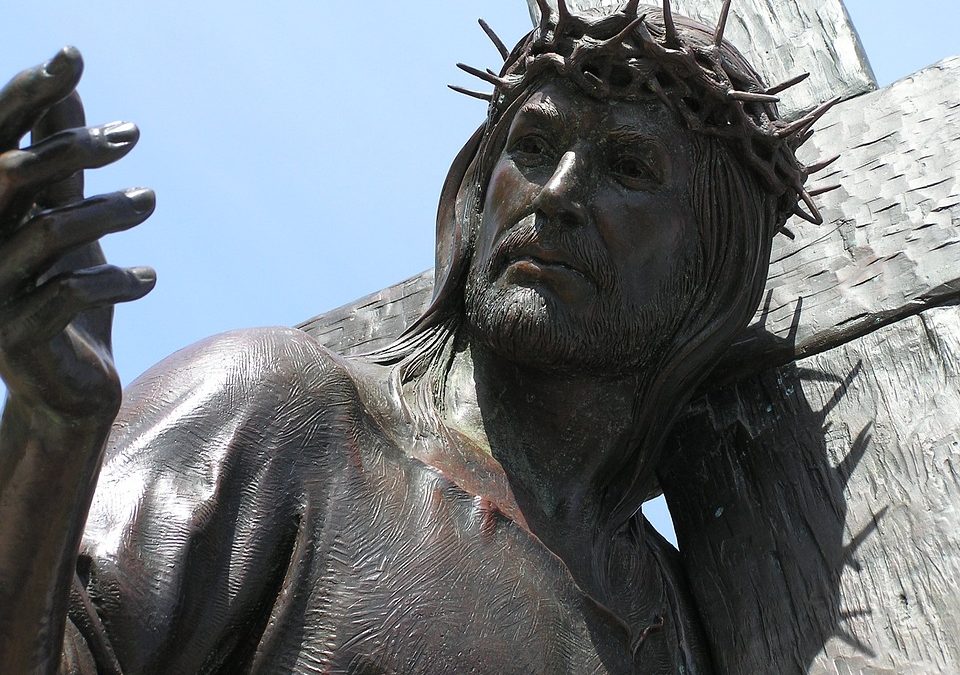 To the majority of politically correct conformists of Western Europe, North America and beyond, Jesus Christ is a dangerous subverter of the status quo. This, in spite of the fact that they claim to be adherents of the values he proclaimed.

The message put across by the most followed figurehead of the Christian faith, juxtaposed into this moment of time, is far too radical for any western government to go anywhere near. Yet these same governments – or at least the majority of their members – will proclaim their belief in the teachings of Jesus Christ.

This goes to the very heart of the definition of ‘hypocrisy’.

To proclaim unity over division, love over hate, freedom of the individual over authoritarian control, justice over injustice and self-enlightenment over top down dogma – the central message of Jesus’s teachings – is currently to be labelled ‘not normal’.

To all those who prefer to do what they are told – to be ‘not normal’ means ‘not one of us’ – even if this means supporting a modern-day policy of segregation, suppression and slandering of those guilty of not conforming to ‘the rules of the game’.

Some 2,000 years ago it appears that the same conditions prevailed. To go against them was ‘a criminal offence’. An offence against the diktats of the Holy Roman Empire, and the punishment was to be ostracised, imprisoned or put to death.

The non-conformist of the politically correct status quo today is faced by precisely the same techniques of oppression, with only the death sentence being largely outlawed. Which does not mean that those considered the greatest threat to the state won’t ‘lose their lives’ via some covert secretive way or other.

Jesus stood fully against fascism, many facets of which were at large amongst the corrupt officials of the Roman Empire. He also exposed the fake officialdom and materialistic ambitions of the clerks, stewards and ‘money hoarders’ who dominated the great cities of that era.

To stand-up against the top-down politically repressive cabal today is to be vilified as ‘a terrorist’ or ‘a mental case’ – and singled-out for special surveillance and monitoring.

To speak the truth and to speak-out against the lies perpetuated in the parliaments of the western world, is to be instantly framed as a ‘conspiracy theorist’, of which Jesus was perhaps the original role model.

Yet the very people who stand-up on their moral soap-boxes to proclaim the good Christian values they profess to follow – and demand from others – are the very ones to condemn the ‘conspiracy theorist’ for daring to carry forward the wisdom of the teachings of he who the fake moralists also proclaim as their traditional value model.

It is well known that passages of The New Testament, in the course of many translations and editorial abridgements, have been expurgated and watered down so as to sterilise the more radical teachings of Jesus Christ. This is paralleled today by the leading voices of the resistance to a totalitarian take-over being blocked from having a public voice by the mainstream media and by social media sites owned by corporate clones and deep state financiers.

The truth, it seems, has always been dangerous.

This planet has been in the hands of the oppressors of truth for well over 2,000 years. Their ambitions have grown steadily greater throughout the passage of time. Now they want to claim not only ‘full spectrum dominance’ over every aspect of the daily life of the planet, but to take control of the human soul itself. To digitalize and genetically engineer the very molecules, cells and genes of the human species to fit their cold anti-life vision.

To breed-out the God instinct that leads humanity in the direction of justice, love, wisdom, truth – and oneness with the Supreme Creator.

The great scamdemic being manifested today by the perpetrators of the demonic anti life/pro death control obsessed cabal, is built upon the underlying use of fear to keep people in a permanent state of imbalance, anxiety and stress. A state which makes control mechanisms very easy to put in place.

Yet a significant proportion of those who are complicit in aiding the cabal to do their hatchet job call themselves Christians, which means followers of the teachings of Jesus.

This Christmas, let’s encourage those we personally know; those in our families and social milieu and those in positions of power in society, to join in meditating on what values we are committed to uphold in the great battle for the future direction of the planet.

Peace, love, wisdom and truth; or division, hate, foolhardiness and lies? The great teachings of spiritual masters – or the power pursuits of aspiring fascists?

Let’s not be kind to hypocrites, even if we find ourselves to be one of them. The future of the soul of man is at stake.

Be bold, brave and bright this Christmas – or don’t celebrate it at all. Don’t be just another hypocrite.