Notion Versus Opinion: The Importance of Thinking Rather Than Believing 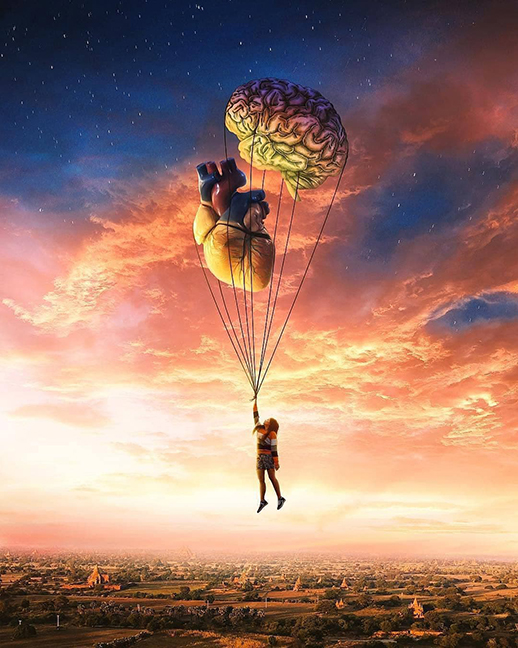 Notion Versus Opinion: The Importance of Thinking Rather Than Believing

“What is wanted is not the will to believe, but the will to find out, which is the exact opposite.” ~Bertrand Russell

On a long enough timeline, the plasticity of the brain—to include personality and perception—tends to become rigid and stuck, conservative and content, dogmatic and inflexible. One must fight against the decay of plasticity in order to maintain it.

Maintaining plasticity and flexibility in thinking requires self-awareness, self-interrogation, and self-overcoming to pull off. Without which the brain, along with one’s personality and perception of reality, inevitably defaults to non-plasticity, rigidness, inflexibility, close-mindedness, and dogmatic thinking.

The formation of our opinions becomes the bedrock of non-plasticity if we’re not mindful. Replacing ‘having an opinion’ with ‘having a notion’ can be a healthy strategy toward chipping away at the bedrock so as to remain flexible in the face of impending rigidity. It’s a way of getting out of our own way to clearly see the way. It’s a way of seeing the big-picture despite our small-picture propensities. As philosopher Eric Weiner said, “Postpone defining what you see, and you will see more.”

The disadvantage of having an opinion:

“The greatest deception men suffer is from their own opinions.” ~Leonardo da Vinci

When you have an opinion, you are too busy going through the culturally prescribed notions of the Alpha/Beta song and dance to even realize that there is a better way to sing and dance (going Meta). Your opinion traps you in small-picture thinking at the expense of a big-picture perspective. Especially when your opinion is not in alignment with reality and is therefore invalid.

Opinion is irrelevant if it is invalid. Validity is based upon a scale of healthy/unhealthy governed by reality, not on a scale of good/evil dictated by human opinion. One must transcend belief to realize this. It then becomes self-evident that right and wrong ought to be based upon healthy and unhealthy so that it is more likely to be considered valid and reasonable.

Validity matters. The problem is that humans are a fallible species. We are prone to mistakes. We often misinterpret reality and form invalid opinions. What’s valid and what’s not—as with what’s healthy and what’s not—is not a matter of opinion. Rather, it is dictated by reality, which is uncompromising with its universal laws. It is our responsibility alone to interpret these laws correctly. The problem is that most of us are irresponsible with our interpretations and thus form invalid opinions.

It’s true that “opinions are like assholes, everyone has one.” But the goal should be to align your opinion with reality so as to have a valid opinion. This requires work. It requires circumspection and skepticism, especially regarding your own point of view. Because if you’re not careful, your opinion will become a belief. And beliefs are almost impossible to change.

The advantage of having a notion:

“Doubt is essential. It is the vehicle that transports us from one certainty to another.” ~Eric Weiner

When you have a notion, rather than an opinion, you have intellectual wiggle room. You “leave yourself outs” as they say in the Poker world. Where opinions are more of an “anchor,” notions are more of a “skyhook.” They are a way to get from this thought to that thought. Where opinions are an end, notions are a means. They serve as a vehicle for thought rather than a foundation of belief.

More importantly, where having an opinion tends to detract from other opinions, having a notion tends to attract other notions. Which becomes a kind of scaffold of escalating knowledge. The steppingstones of which become a transcendence over both opinions and notions. This is the ideal of going Meta.

Going Meta is the “better way to sing and dance” mentioned earlier. It’s seeing with Over Eyes. It’s tapping into the bird’s-eye-view. It’s the intellectual equivalent of the Astronaut Overview Effect. Indeed. Going Meta is going full-frontal Overview Effect as a daily practice and discipline.

Going Meta is seeing the big picture. It’s a proactive way of staying ahead of the curve. It’s reimagining imagination. It’s third-eye illumination. It’s connecting dots that most people aren’t even aware are there. As Robert Greene said, “In the land of the two-eyed, the third eye gives you the omniscience of a god. You see further than others, and you see deeper.”

Going Meta is texturing notions with the thoughts and feelings of another notion. When we do this, we thereby layer in a new quality of richness to the experience. We’re shot out of the box of small-picture thinking. We have no choice but to see the bigger picture, and we use it to textualize and hone our notions into sharp instruments of thought rather than dull instruments of belief.

To go Meta. To transcend. To surpass, eclipse, excel. To rise above and go beyond the limits. A meta-master is someone with the uncommon ability to overcome all beliefs, to allow that which does not matter truly slide, “to entertain a thought without accepting it,” to go Meta over all opinions through the transcendence of all notions.

This creates a sacred space where the interconnectedness of all things puts everything into perspective. In this sacred space opinions are seen for what they are: props, stopgaps, crutches, placations. It is all merely fallible ingredients mixed into the flawed soup of the human condition. The healthy response to which is the notion of a good sense of humor. The unhealthy response to which is the opinion of nihilism.

Going Meta curtails nihilism by teaching us the vital importance of detachment and humor. It teaches us to pay attention to how we pay attention, to cultivate the capacity for curiosity, and to remain open to the possibility of possibility.

This article (Notion Versus Opinion: The Importance of Thinking Rather Than Believing) was originally created and published by Self-inflicted Philosophy and is printed here under a Creative Commons license with attribution to Gary Z McGee and self-inflictedphilosophy.com. It may be re-posted freely with proper attribution, author bio, and this statement of copyright.