Our Timeline Our Choice By Nowick Gray 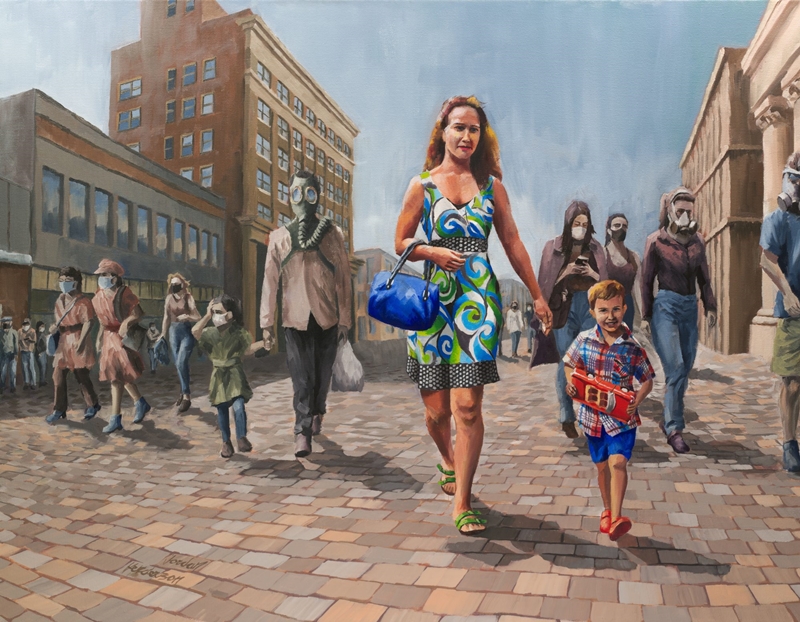 Our Timeline Our Choice

Let us not talk falsely now
The hour is getting late.
–Bob Dylan, “All Along the Watchtower”

The dystopian timeline is advancing rapidly, conjuring archetypal images of the Four Horsemen of the Apocalypse—Plague, War, Famine, and Death—apparently in that order. Are we scared yet? Let us hope the coming War is as fake as the plague of Covidiocy. As for Famine, supply chains are already sabotaged, surpluses dumped, fields plowed under… so that leaves Death. Well, we knew that was in store, one way or another, though we never wanted to admit it.

So let’s get busy, or smart, or awakened, while we can. And no time like the present, with the last remnants of our forgetful humanity at stake, on the auction block of the wannabe vaccineers. 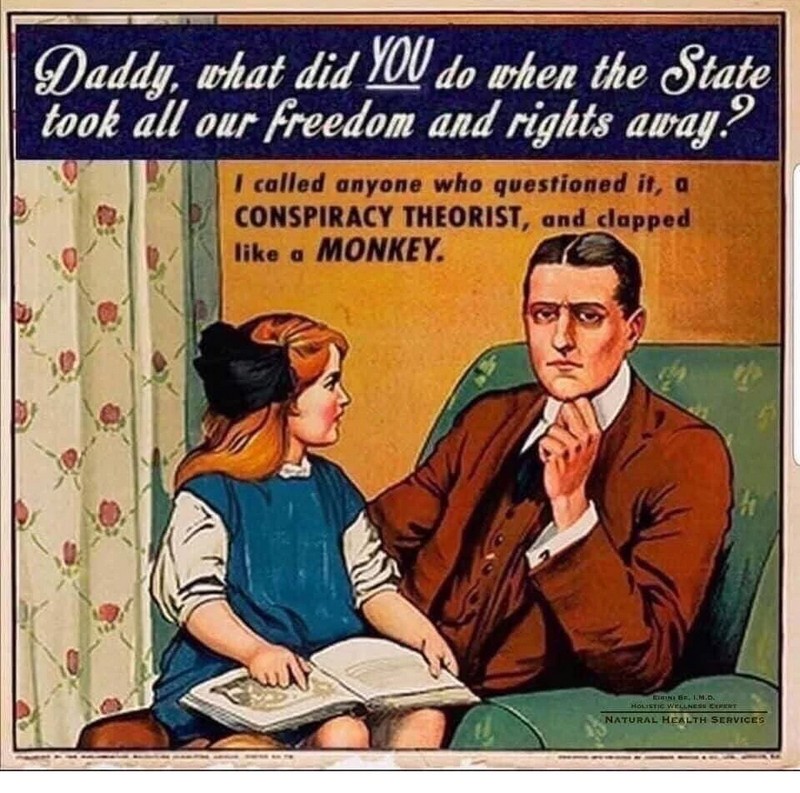 First off, who are “they,”pushing the buttons on the Great Reset to a worldwide totalitarian state? Let’s just say the Globalists, who want all control, all the time. To point them out, by the handful (Gates, Fauci, Tedros, Tam, Soros, Macron…) turns “divide and conquer” on its head. To name the perpetrators of our universal abuse is the first step in our recovery. The obstacle, amid mass media propaganda and its resulting fear of death, is denial of the abusive relationship itself.

“It’s for our safety”—that’s the Big Lie that must be faced down.

Attending that Lie come the handmaidens of Denial, their masks fixed to prevent honest communication. These insidious servants of repression are also, ironically or not, referred to as “four horsemen”:Criticism, Contempt, Defensiveness, and Stonewalling. Slaves finding it too painful to acknowledge their own loss of freedom trot out that cavalry to ward off all messengers bearing the truth of their condition; instead they wish for all to share their fate. Their Platonic cave sealed off once more, they retreat in chains to the shadow screens that substitute for the sunshine of reality.

Obstacles to recovery from addiction (including codependency, or addiction to abusive relationships) feature, most notably, both denial and fear. These internal roadblocks work hand in hand to keep in place the structure of our dysfunction. In this case that means a fatal dependence on “authorities”—in government, health, and media—to provide solutions to the gravest problems we face in our lives. That unbalanced power equation is ripe enough for abuse; and the con is compounded when those very problems (engineered bioweapons, among other false flags) are introduced, sanctioned, and facilitated by the same authorities.

Example: 9/11 as a pretext for the real goal: occupation of Afghanistan (drugs) and Iraq (oil).

Example: COVID-19 as a pretext for the real goal: occupation of the global population (via cyborg vaccine).

What the heck do I mean by “cyborg vaccine”? Listen to Dr. Carrie Madej’s call to action over vaccine rollout (set to include biosensors, remote switching, genetic modification, nanobots, coding for HIV and malaria, among other satanic ingredients…). For a more complete primer, see her earlier presentation, Human 2.0? A Wake-Up Call to the World.

Resisting such foreplay to techonological mind-rape, how do we connect as humans? 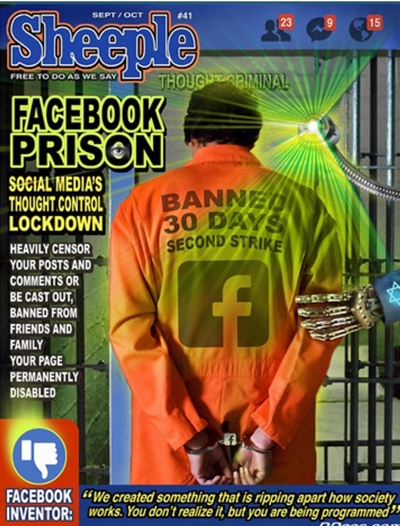 Facebook Armageddon is upon us, even before its new powers of censorship begin October 1. Robert F. Kennedy, Jr. has revealed that “Google is a vaccine company”—actually a sister company, under the Alphabet umbrella, to four vaccine companies, including one producing the “universal flu vaccine” and one working on a vaccine for COVID-19. No wonder our search results are doctored. And since Google owns YouTube and Android, our videos and phones are also not immune from truth suppression.

In addition, to replace YouTube there is BitChute, NewTube, and Brighteon.

Of course, all of the above are digital connections, and let us never forget that as humans, these are but simulations of real live connection. Which, of course, is also being prohibited under the regime of lockdowns, antisocial distancing, and masks. Regime change, anyone?

When it comes to news, we already know, if we are awake to truth, that the oligarchs control the mainstream channels, with only five conglomerates in charge of editorial content and entertainment across the industry. Consolidation takes a new twist when Gates and Co. move onto the scene, adding the Guardianand ABC Newsto its domain (which already included PBS)… as if controlling interest in the WHO was not enough.

Here are my top 10 antidotes to fake news: truly independent journalism, investigating rather than repeating narratives cooked up by establishment think tanks.

The Magic We Need, We Have

Like the multiple forks of a “choose your own adventure” story, there is no one certain outcome (though all the official signage might be pointing us that way). There is another option, the timeline of our choosing. Pooling our collective intention to live in a world ruled by common senseinstead of a conspiracy of evil, such an earthly vision takes shape and comes into view. And not necessarily over a long period of time. When the apple is ready to fall from the tree… 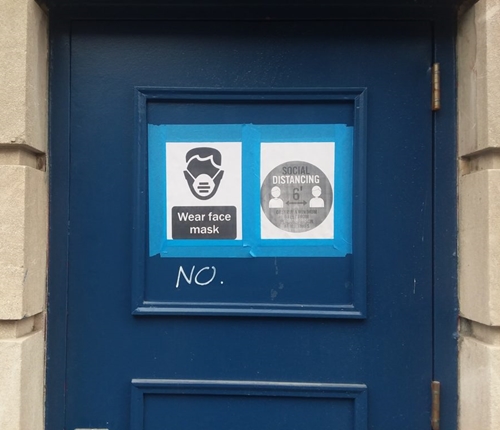 In the meantime, in this moment and the next, we ripen not by sitting only. The energy of potential also needs to move, to be available everywhere, open and free, for this and the next moment.

This is the moment of all possibility.

In people’s history, it’s the Berlin Wall, the Iron Curtain pushed aside in the blink of an eye.

Do we need a motorized boat to get to our promised land? Likely not. But if that’s your path, find stillness in that motion. If you prefer the inner journey, then In your heart of manifestation, find dynamic motion, the stirring of the life force itself, in your stillness. Every other moment, remember to let the busy brain breathe out.

No matter what, moving from the center, find what is most human in what comes next.

Example: A woman passes me on the street, walking four small white dogs, and says, “Timing.”

I’ll take that small gift over the ominous four horses of biblical doom, every day and twice on Sunday.

So who is to say that when one person starts singing louder, it doesn’t impact the mix in the pot? Isn’t this exactly how “super predators” win, by screaming their song in everybody’s ears so loudly that the ears bleed, the hearts shut down, and the bodies make themselves available to predation? So if you, a hero of your kind, start singing a song of love and joy a little louder, who is to say that it will have no impact on global trends, now or in the future? Who? And is that person who says that you have no impact really your friend? Only you can know the mission of your life, and what it is that you need to do in order to—when your time is up—die with inner peace and no regrets, knowing that you did your best. Only you can know your heart’s most important song, and no two people are the same. But I reassure you, no matter what your mission is, you matter. —Tessa Lena, “Joy is Not a Crime, Courage is Medicine”