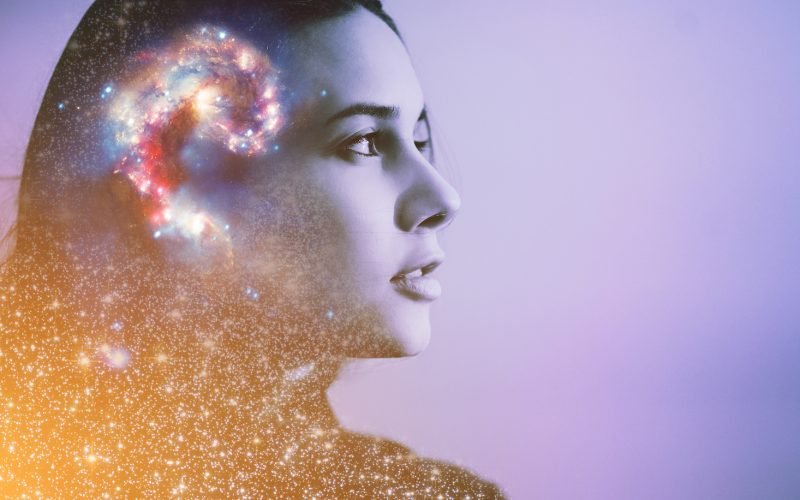 BY PRADEEP B. DESHPANDE, PHD

In a commencement address at Sri Sathya Sai Institute of Higher Learning in Puttaparthi, Andhra Pradesh, not long ago, Chief Justice of India Shri N. V. Ramana remarked, “Unfortunately, the modern education system tends to focus only on the utilitarian function and such a system is not equipped to deal with the moral or spiritual function of education which builds the character of students and allows them to develop a social consciousness and a sense of responsibility.”

It is possible to offer a scientific explanation for why the spiritual component is absent, how it is essential, and what the benefits of its inclusion will be.

To begin, science is the appropriate body of knowledge to use when the fundamentals of the system under scrutiny are well understood, and when they are not, but measurements are available, data-driven methodologies such as six sigma can be used. These two methods cease to be useful when the system fundamentals are not well understood and measurements are unavailable. Then, enhancing the focus of attention remains the only route to new discoveries.

Sciences, laws, policies, and the like are all products of reason.

A seer, on the other hand, proposes a hypothesis, goes into meditation, finds the solution, experimentally validates the finding, and tests the solution with followers to decide if the findings should be accepted or rejected. This is science of creation. Both methods of discovery are essential for human progress.

So, why is the world limiting its pursuits to products of reason?

It is because much of the world continues to subscribe to the philosophy of renowned 18th century German philosopher, Immanuel Kant, which says, “All knowledge begins with the senses, proceeds then to the understanding, and ends with reason. There is nothing higher than reason .”

Much of the progress humanity made since the renaissance period is due to scientific discoveries in Northern and Western Europe, and subsequently in the United States. Most Nobel prizes in sciences continue to go to scientists in the United States. Thus, it becomes easy to fall into a trap and conclude that products of reason are quite sufficient, there is no need for spirituality.

Why reason alone may not be sufficient

There are several examples where the products of reason have not delivered success. Take racial harmony for example. The 13th amendment to the US Constitution abolished slavery in 1865, and a number of laws have been passed since then, including the 1965 Civil Rights Act, which bars discrimination on the basis of race, religion, gender or national origin, and yet, racial discord persists, and may well have grown worse in recent years.

In direct contradiction to the philosophy of Immanuel Kant, Swami Vivekananda asserts, Indian thought dares to seek, and successfully finds something higher than reason. Vivekananda was an Indian monk revered in India, and widely respected in the United States (The New York Times, The Wall Street Journal).

As corroborative evidence, intuition is immediate cognition without the benefit for the five senses and the rational mind. Purposeful inculcation of intuition means that there is definitely something higher than reason.

On the show, Vanshi read from the book that the studio team provided, blind-folded. As an example of the widely-held belief in the philosophy of Immanuel Kant, the Federation of Rationalist Association in India approached and persuaded Sony Entertainment Television to edit out that segment from the archives.

Perhaps, they were also taking comfort from Article 51A (h) of the Constitution of India, which states in part, “it shall be the duty of every citizen of India to develop the scientific temper, humanism and the spirit of inquiry and reform.”

Given the opportunity, I might have suggested adding, “and the logical consistency” after “scientific temper” in this article. Article 51A (h) is wise indeed, but it doesn’t address the question, what to do when science is unable to help.

Relatedly, Universal Peace Foundation founded by my Yoga Guru, H. H. Guru Mahan, has designed a seven-day yoga program to enhance intuition among children 6 to 14 years of age.Intuition is important in leadership as leaders are often called upon to make split-second decisions at a moment’s notice. See this video clip showing the tremendous rise in intuition
among the children pursuant to the program. Three hundred and fifty children have been trained so far, and the success rate is 80%. I have witnessed a live demonstration of the program, and have video clips from that demonstration.

No product of reason can design such a program. The relevant question to ask is, not whether we understand why or how the program works on the basis of reason, but, rather, does the program work at a high level of confidence. Let the future seers and scientists unravel the bigger mystery.

In a quest for world peace, Guru Mahan has been going into three weeks of meditation with no food, annually for the past thirty-two years.

There are numerous discoveries from ancient India that are beyond the domain of reason, since the knowledge therein could not have been sourced from previous knowledge as there was none. The Vedas are an example. The Vedas were reportedly admired by the likes of Erwin Schrodinger, Werner Heisenberg, J. Robert Oppenheimer, Niels Bohr and Nikola Tesla. See this video by astronomer Carl Sagan on Rigveda and Creation. Sagan wrote the story for the popular Hollywood film, “Contact.”

In Sanskrit, discoveries beyond the realm of reason go by the name Shruti, meaning revealed (not remembered), and they occur when the focus of attention is sufficiently enhanced either purposefully, as in meditation or prayer, or unknowingly.

Actually, all discoveries occur when the focus of attention is enhanced. The discoveries of Albert Einstein and S. Ramanujan are well–known examples.

Wikiquote quotes Albert Einstein as saying, “I believe in intuitions and inspirations. I sometimes feel that I am right. I do not know that I am. When two expeditions of scientists, financed by the Royal Academy, went forth to test my theory of relativity, I was convinced that their conclusions would tally with my hypothesis. I was not surprised when the eclipse of May 29, 1919, confirmed my intuitions. I would have been surprised if I had been wrong.”

“I also do lots of yoga in the morning, like body maneuvers, and I enjoy this also quite a bit. It keeps you flexible, young, smart and open. So I’m open to fresh ideas every day. I think it comes from the yoga.”

An even more stunning example is S. Ramanujan. Ramanujan was barely a high school graduate, but he would write down complex mathematical theorems and their proofs without knowing the steps in between. He told his mentor, G. H. Hardy, at Cambridge that the discoveries come to him in prayer, sometimes in sleep. Ramanujan was elected a Fellow of the Royal Society, UK for his contributions to mathematics.

Jagadguru Shankaracharya published the book, “Vedic Mathematics: Sixteen simple mathematical formulae from the Vedas” in 1965 but the formulas are nowhere to be found in the Vedas. It is probable that the formulas came to him in meditation.

A word of caution, shruti discoveries, once made, must nonetheless meet the constraints reason imposes on all knowledge. That is, such discoveries must be corroborated and validated. This is a requirement in all six sigma activities.

Fraud and illusion will pose difficulties in validation and corroboration. Failure to validate can lead to severe and unintended consequences. See this article, India bourse head was a ‘puppet’ of unnamed yogi, regulators say, BBC News, February 14, 2022.

Spiritual progress occurs when the domain of reason is transcended in the pursuit of domain of consciousness where all discoveries are thought to reside. This may happen unknowingly, as they did to Albert Einstein, or to Ramanujan in prayer, or to Indian seers through meditation. An indication of spiritual progress is a rise in internal/emotional excellence. Emotions can now be estimated (EQ Radio, Bio-Well) and so, progress can be audited. Internal/emotional excellence has nothing to do with race, caste, or religion, gender or national origin.

Benefits of Including the Spiritual Component

Incorporation of a spiritual component will deliver a myriad of benefits, in addition to the prospects for new discoveries:

This article has explained that products of reason are no doubt important in the solution of many problems, however, there are situations where they are inadequate. Then, it will become necessary to transcend reason in the pursuit of the domain of consciousness where all discoveries are thought reside. Limiting ourselves to the products of reason is analogous to fighting with one hand tied behind the back. Both methods of discovery will be required if we are to successfully tackle the myriad of challenges facing humanity such as global warming, renewable energy, desalination, etc.

The author is grateful to Clay Hansen, Jim Kowall and Mohan Bhalodia for their review of the article and comments. The author thanks Tony Belak, former Ombudsman at the University of Louisville for his editorial assistance.

James P. Kowall is an independent researcher based in suburban Eugene, Oregon. He obtained his PhD in Theoretical Physics from Brown University, and an MD from the University of Miami. He retired from private practice several years ago to spend time researching the nature of ultimate reality. Jim succeeded in his quest in 2014. He is also coauthor of the book, The Nature of Ultimate Reality and How It Can Transform Our World: Evidence from Modern Physics; Wisdom of YODA, 2015 (amazon).

Clay Hansen graduated with an M. Eng. Degree in Chemical Engineering from the University of Louisville in 1992. He is a registered Professional Engineer in the Commonwealth of Kentucky. Hansen is the author of the Hansen Hypothesis on Climate Change. See this video clip that Clay has recorded at my request, and the recent article on global warming on ThePulse.One. After finishing high school, Clay worked for the US Airforce for six years where he worked on ground electronics and targeting for the minuteman II and III intercontinental ballistic missiles. After graduating from the University of Louisville, Clay worked for several companies including Exxon Chemical, Olin Chemicals, Dow Corning and GE Appliances. He is a certified Six Sigma Black Belt, and experienced in multivariable process control, six sigma, heat transfer and thermodynamics. He retired in 2006 on disability. He suffers from Multiple System Atrophy type C, which he says keeps him from doing almost anything…but think. He and his wife, Sheila, live in Maine.

Mohan Bhalodia retired as Senior Engineering Associate from Exxon Research & Engineering Company where he worked in advanced process control and optimization for 28 years. He has also worked for Sherwin Williams Company as process engineer for two years, and post retirement, consulted for British Petroleum in Spain for ten years. Bhalodia obtained his Bachelor’s degree from M. S. University in Baroda, India, an M. S. from Michigan State University, and a PhD from the State University of New York in Buffalo, New York, all in Chemical Engineering. Mohan and his wife Rasila live in East Hanover, New Jersey.

Help Support Our FOIA Efforts: Our team is in a back and forth with our government to get access to specific COVID documents that may show government tried to hide treatment options in favor of vaccination campaigns. Help us with clerical and legal fees to obtain these documents by donating today. Click here to Donate.