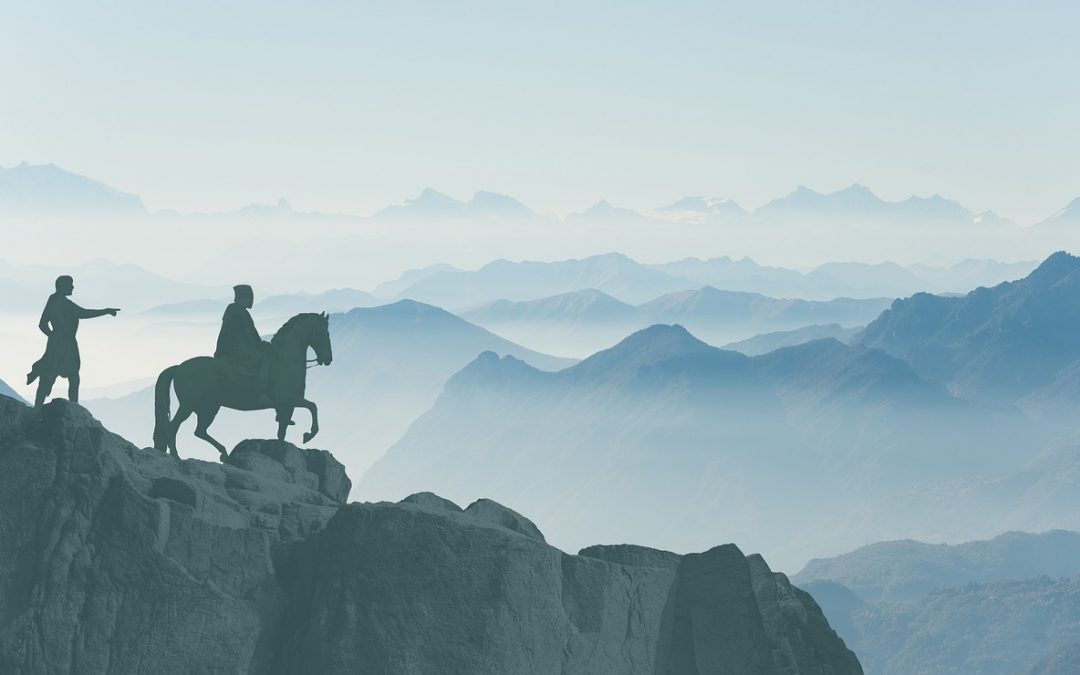 8 Jul 2021 – Measured by the Christian calendar, the period of about 500 years from the fall of the Roman Empire until the end of the first millennium was a time characterized by economic, intellectual and cultural decline in the European Christian world. In retrospect, it is now referred to as ‘the Dark Age’, even as other cultures, including that of Islam but those in other parts of the world too, thrived during this period.

Since March 2020, a number of fine analysts have carefully documented the true nature of what is happening to our world under cover of what the World Health Organization has labeled the ‘Covid-19 pandemic’.

And among these fine analysts, who have investigated ‘The Great Reset’ promoted by the World Economic Forum as well as other initiatives such as those related to transhumanism, eugenics and Cyber Polygon, there is a strong consensus that does not coincide with propaganda released by elite agents in international organizations, national governments and the corporate media.

In essence, these critiques document extensive evidence of an elite coup that seeks to comprehensively restructure human society into a technocratic dystopia in which such previously fundamental concepts as human identity, human liberty, human rights (such as freedom of speech, assembly and movement), human privacy and human volition are not just notions of the past but are beyond the comprehension of the typical ‘transhuman’. To reiterate, for the bulk of the human population left alive, concepts such as ‘free will’ and ‘freedom’ will no longer exist as ideas, let alone as aspirations or realities. You can access a number of these insightful critiques here: Resources.

So whether we label this world envisaged by the elite as a ‘brave new world’, ‘1984’, the second ‘Dark Age’, a ‘technocratic dystopia’ or, more simply, ‘slavery’ matters little because, whatever the label, what lies immediately ahead is a human future not worth living.

Why? Because this elite coup has been decades in the planning and so resistance that is not carefully designed and rigorously implemented will not succeed. The elite is too well organized for haphazard acts of resistance to have any impact. Hence, there is no point simply reiterating the need for resistance. Only a strategically-focused campaign of nonviolent resistance – such as that outlined below – has any serious prospect of succeeding.

So what does it mean to resist strategically? Resisting strategically means that we understand the power structures and relationships in society and particularly the way in which the global elite has the power to control us. The elite has power to control us through a number of means. For example, it can control what most people fear, think and believe by ensuring that its international organizations, governments, medical establishments, pharmaceutical industry and corporate media (including corporate social media) present a particular ‘package’ of information which, in this case, focuses on the supposed danger of the SARS-Cov-2 ‘virus’ and the importance of going along with a wide range of measures (including lockdowns, business closures, social distancing, mask-wearing, contact tracing and injections) while also censoring media outlets and authors that publish the truth.

Beyond controlling the narrative, however, the global elite has many other means at its disposal to control  us, many of which are being expanded with the progressive rollout of measures associated with implementation of the fourth industrial revolution (which is fundamentally what the World Economic Forum’s ‘Great Reset’ is about).

These additional means include the deployment of 5G which, apart from the horrific impact this will have on life generally as this electromagnetic radiation further contaminates the biosphere, will enable comprehensive surveillance, digital ID (possibly implanted in your brain: see ‘Beware the Transhumanists: How “Being Human” Is Being Re-Engineered by the Elite’s Coup’) linked to your bank account and health records, a social credit ID that will end up dictating every facet of your life, the digitization of money as well as robotization of the workforce and the military.

And if you don’t normally follow technological developments in the military and how warfare is rapidly ‘advancing’ at great detriment to us all, now complicated by elements intrinsic to the ‘Great Reset’, you will get an unpleasant taste in ‘Joint All-Domain Command and Control (JADC2)’, ‘Countering the “China Threat” – At What Price?’ and ‘War from Sea and Space: Hiding Empire in the 21st Century’.

But, of course, there is more. Much more. In the words of Dr Joseph Mercola: ‘The Great Reset’ means the complete transformation of everything from ‘government, energy and finance to food, medicine, real estate, policing – even how we interact with our fellow human beings. The globalist technocracy is using the COVID-19 pandemic to bypass democratic accountability, override opposition, accelerate their agenda, and to impose it on the public against our will.’ See ‘Who Pressed the Great Reset Button?’

For a more detailed summary of the essential elements of this coup, see ‘Corrupt Science and Elite Power: Your Techno-Slavery is Now Imminent’. For a summary of the enormous and increasing costs, see ‘The Elite’s COVID-19 Coup Against a Terrified Humanity: Resisting Powerfully’. And for the evidence of the coup’s adverse impact on human survival prospects, see ‘The Elite’s COVID-19 Coup to Destroy Humanity that is also Fast-Tracking Four Paths to Human Extinction’.

So while these measures are being implemented and thus increasing the capacity of the global elite to control us, we do not have to cooperate. Moreover, we can resist it very effectively and encourage those we know who are also concerned about what is happening to resist effectively as well.

And, in the end, our success or failure will be determined by one simple factor: Are we able to mobilize enough people to act strategically as suggested below?

How Can We Resist Effectively?

Well, as mentioned above, effective resistance requires us to nonviolently noncooperate with those measures that give the global elite the power to control us. That is, we need to focus our resistance so that it undermines the power of the elite. Sound difficult? Believe it or not, it isn’t really.

Let me elaborate a little.

As I have explained on a number of occasions, for example, there is little point organizing a massive protest demonstration unless these mass mobilizations give people who attend (and/or those who hear about them) clear guidance on actions to take to effectively resist once they leave the demonstration. This is because demonstrations, no matter how large, have little impact in themselves (beyond building a sense of solidarity). For example, on 15 February 2003, the largest demonstration in human history – involving 30,000,000 people in 600 cities around the world protesting the impending US invasion of Iraq – took place. And what did it achieve? The ‘Global War on Terror’ goes on still with no evidence to suggest that resistance on that day or since has had the impact we might have hoped.

My point then is simple. We either resist The Great Reset in a way that undermines the power of the elite to conduct this coup or we enter a world in which those still living will wonder about the value of being alive.

So what can we do?

Here is a list of the key actions from each day of the ‘7 Days Campaign to Resist The Great Reset’:

You can download the posters/leaflets, each with an explanation and references, at the link above. Each leaflet explains why this particular action is important in undermining elite power so that those who receive it (whether by email, in their letterbox or as they attend or walk past a nonviolent action designed for the purpose) clearly understand the value of undertaking this action (every day, not just one day). If you are interested in organizing activities of this type locally, you can also download the ‘Campaign Overview’ at the link above which offers a simple explanation of how to get more people involved.

If you want more information (including a fuller analysis and other resources) and the complete list of the 29 strategic goals of the campaign, you can access everything at ‘We Are Human, We Are Free’.

And you can join the ‘We Are Human, We Are Free’ Telegram group here.

Under cover of a non-existent ‘pandemic’, the global elite is now engaged in an elaborately planned endeavour to take complete control of human life and human society using measures clearly outlined in the literature related to ‘The Great Reset’, the fourth industrial revolution, transhumanism, eugenics and Cyber Polygon.

There is also considerable evidence that increasing numbers of people are weary of the elite-driven response over the past 18 months and that a proportion of these people are now openly sceptical about the official narrative.

But only the rarest person knows how to resist effectively.

And yet if we are to defeat this elite coup, we must mobilize millions of people to noncooperate with fundamental elements of it.

Otherwise the New Dark Age will not be an age from which transhumans will be emotionally and intellectually equipped to emerge, no matter how long they are given. Why? Because the transhumans the elite is intent on creating will not think or feel for themselves; they will have no Self-will to drive their behaviour. They will be programmed to be willing slaves for life.

The time during which human beings can still make choices is rapidly drawing to a close. We must use that time to choose resistance that makes a difference, and invite others to make that choice too.

Robert Burrowes, Ph.D. is a member of the TRANSCEND Network for Peace Development Environment and has a lifetime commitment to understanding and ending human violence. He has done extensive research since 1966 in an effort to understand why human beings are violent and has been a nonviolent activist since 1981. He is the author of Why Violence? Websites: (Charter)  (Flame Tree Project)  (Songs of Nonviolence) (Nonviolent Campaign Strategy) (Nonviolent Defense/Liberation Strategy) (Robert J. Burrowes) (Feelings First) Email: flametree@riseup.net

Anticopyright: Editorials and articles originated on TMS may be freely reprinted, disseminated, translated and used as background material, provided an acknowledgement and link to the source, TMS: Strategically Resisting the New Dark Age: The 7 Days Campaign to Resist ‘The Great Reset’, is included. Thank you.

If you enjoyed this article, please donate to TMS to join the growing list of TMS Supporters.