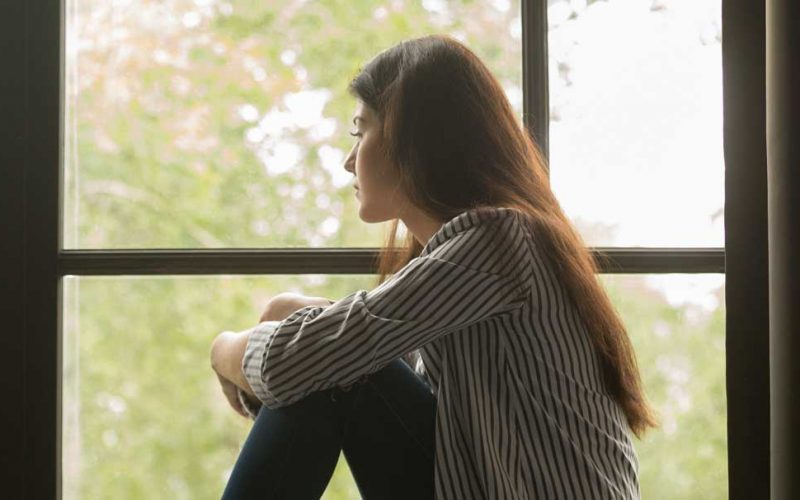 Current evidence indicates that heightened risk for mortality from a lack of social relationships is greater than that from obesity.

Loneliness can reliably be linked to a significant increase in the risk of early mortality, according to a study published in 2017 by Brigham Young University. Head author, Julianne Holt-Lunstad, notes that “substantial evidence now indicates that individuals lacking social connections (both objective and subjective social isolation) are at risk for premature mortality.”

Holt-Lunstad believes the risks associated with loneliness are already greater than such established dangers as obesity:

“Several decades ago scientists who observed widespread dietary and behavior changes raised warnings about obesity and related health problems. The present obesity epidemic had been predicted. Obesity now receives constant coverage in the media and in public health policy. The current status of research on the risks of loneliness and social isolation is similar to that of research on obesity 3 decades ago… Current evidence indicates that heightened risk for mortality from a lack of social relationships is greater than that from obesity.”

Furthermore, she warns that “researchers have predicted that loneliness will reach epidemic proportions by 2030 unless action is taken.”

Why Are We So Isolated From Each Other?

From the long view, it can be said that Western civilization as a whole has fostered a gradual disintegration of our physical and social ties. With an emphasis on individual goals and an almost fanatical regard for personal achievement, the traditional institutions of family and community and their capacity to provide their members with a sense of belonging and shared purpose have become significantly fragmented.

The family unit has gone from large generations-linked mutual support systems to small and immediate units, sometimes involving single parents whose necessities make it very difficult to create a stable home environment for their children. Add to that the fact that more and more people are not even building families, and our society has more people living alone than at any other time in history. This includes the elderly, who are less likely to find a ‘fit’ living within their children’s families than ever before.

The decline of the ‘community’ is perhaps as significant as the disintegration of the family unit. In Western-style communities, people work as a collection of individual units interacting by specific functions rather than as an interrelated whole with a significant shared identity. Naturally, attempts are made today to join or build ‘communities’ all the time, but like the Meetup model, they are founded on the gathering of select people with similar interests and purposes, rather than a shared embrace of all people within a certain geographical area.

The Rise of Social Media

I believe the rise in prominence of social media has in part been fuelled by the sense of alienation we have long felt within our modern society. I don’t believe social media is the root cause of our loneliness, as some speculate, but rather a symptom of this much longer-standing social problem. Connecting via chats and web pages is just something that we have gotten into the habit of reaching for since it is so immediately accessible. But like any quick fix, it does not end up fulfilling our deeper needs, either individually or as a society.

If we see that our society has been slowly disintegrating over hundreds of years, then it becomes incumbent upon us as a society (if we can still even identify ourselves with our ‘society’) to take measures to remedy this situation. What those measures might be, though, given how things seem to be trending, is a matter of great conjecture.

One approach is to first acknowledge that Western society’s emphasis on the individual is not necessarily a bad thing. In fact, I believe that the development of personal integrity, creativity, and autonomy is a critical step in the evolution of human consciousness. Learning how to be alone with oneself is a part of that process. In his work entitled Pensées, French philosopher Blaise Pascal observed that “All of humanity’s problems stem from man’s inability to sit quietly in a room alone.”

As evidenced by Eastern gurus and mystics, one can be perfectly content in isolation. This can be greatly facilitated by the practice of meditation and other such methods that give us a direct perception of our energetic connectedness not only with other people, but with all things. In this higher state, the damaging emotional impact of loneliness and social isolation are not experienced.

Still, the life of the yogi remains for the few. The rest of us, it seems, have come to this planet to interact, share, and love. And we have not incarnated into this dense physical world to get better at virtual relationships. At this stage, we have perhaps gotten a bit too accustomed to social isolation for our own good.

Holt-Lunstad notes that “although living alone can offer conveniences and advantages for an individual, this meta-analysis indicates that physical health is not among them.” She also cites another study that “has demonstrated higher survival rates for those who are more socially connected.” And then there is the seminal 75-Year Harvard University study, where “it was universally clear that without loving and supportive relationships, men in the study were not happy.” The message is becoming clear: we need to come together.

We are perhaps at a larger turning point in our development than most of us realize. It seems that we have reached the extreme edge of the exploration of individualism, and we are readying to move into greater balance with a collective identity. This is not a return to traditional ways, but rather a synthesis of our growth as individuals with the shared experience we are now hungering for. This synthesis signifies the next stage of our evolution.