Taming the Ego By QuietBear 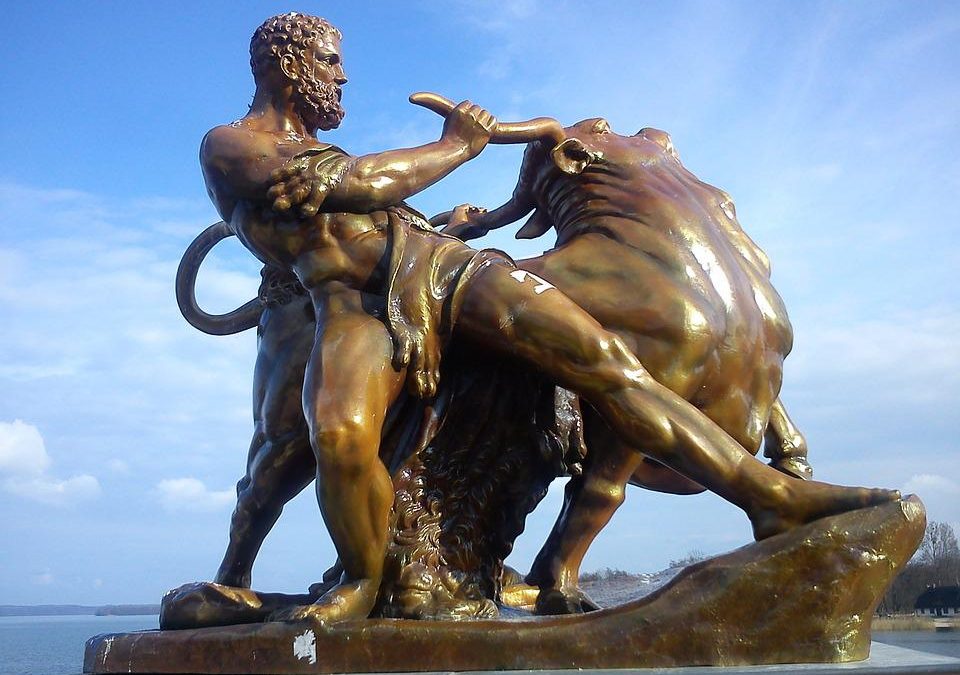 People are taught to think they have no power. They are taught this in many ways that have become invisible to most of us, because they have become such an integral part of our lives. We are thus taught to hold ourselves back from attaining our highest potential.

Christ told us that the things he did, we can do even better; that he was the son of God and that we are just like him… But why don’t people focus on that part of his teachings? He came here to tell us that we don’t have to rely on a middle man to talk with our Father in heaven. That we are all children of God, with a direct connection and relationship with Him, and no need for a “middle man”. He advised us that we all have a spark of God within our souls.

This, too, is what I want people to know. To remind them that the Christ was teaching us of our greatness and the things we can each accomplish, when we fully accept that we are part OF God, not a part from Him.

We are in the times where Lucifer’s legions have been fully unleashed upon mankind. The vast majority of humanity are all being fed upon by demonic & parasitical entities that exist mainly in the lower astral planes & feed on humans via their astral bodies, though they also invade our physical reality.

I came back here (having been stabbed to death – another story) to free any human who doesn’t want to be thus fed upon any longer and makes this desire a conscious choice – to be free of their influences. Taking these entities off of someone’s astral body is actually an easy process, once you know how to do it, though it does involve doing battle with the very large, ugly and violent demons involved, first, and always causes injuries on the astral level, as in all wars and battles. These injuries do transfer to our physical reality, and have to be dealt with. But if the person I’ve cleared of these things doesn’t consciously work to keep themselves strong and free of these entities, I or the Sweet Medicine* who are working with them, can’t continually keep clearing them, as that would violate the laws involving personal responsibility.

Personal responsibility is key to Man’s Free Will. Everyone has to learn to protect themselves, with their own power. It’s the only way a soul can really learn and grow. It’s the struggle to stand in strength and courage, which enables us to grow into wise and learned souls and who can then assist others in this journey of the soul’s exploration of the potential of our Greater Self. And such strength and courage is exactly what the demons and parasites hate.

When I talk about how people are not standing in their full potential power, I am not criticizing or judging them. I know that mankind has been under psychological and other manipulation for a very long time, so it’s really no one’s fault. Where any fault does lay, is when someone knows they’ve been fooled and manipulated and fed upon, but then continues to allow themselves to be thus used, and despite any intercession.

So I help people by clearing them of the demons and parasites and show them how to build the necessary protective shield, using their own energy. Without exception, we are all capable of doing this, as God intended. I also set up a protective sphere made of an angelic metallic substance that is impenetrable by the dark forces… But these defenses are useless without the intent to keep them strong, and by refusing to interact with those we know are of the Dark. To keep one’s shields and self strong, takes courage and the willingness to be honest and truthful with oneself and with those one communicates with.

Religion teaches people that they have to rely on God to keep them safe and to give them things. It teaches people to never see themselves as divine sparks of the Creator; only helpless sheep needing to be tended by a Shepherd… Religions have been used by the archons/demons/parasites for many centuries, to control humanity for their own evil purposes. We have been made to forget that we are powerful Spiritual Creative Beings, here in the physical by the choice of our Higher Selves, in order to continue learning what there is to learn in this physical realm. As a very correct saying tells us, we are not physical beings having a spiritual experience. We are Spiritual Beings, having a physical experience.

I know that our Creator wants us to be the best we can be as divine souls on a spiritual journey toward enlightenment. He wants to know Himself, through our experiences. He is there to guide us when we’re lost or confused in matters of life, but His intent was never to create beings that relied on Him for everything.

Creator gave Moses the power to split the Red Sea, but the people had to take the effort to cross between the walls of water. Creator gave David the courage to face a greater physical foe, but David had to pick up the rock and throw it with his sling. Creator has given us a part of Himself so that we can face the darkness that wants to destroy us all, but it’s up to each of us to own the strength and power given to us to use with our imagination and intent.

Because I chose to come back from death in order to help humanity, Creator has given me the ability to assist other humans who desire to be free of manipulation, to be able to experience their own power and not be fed upon and otherwise interfered with, by the parasites. Most humans have never experienced this because they’ve been fed upon most of their lives.

* In the shamanic tradition in which I trained, Sweet Medicine refers to the spiritual animals who choose to assist humanity by protecting and defending us with their potent, spiritual warrior skills and powers. I work with an army of them who so volunteered, and they are an indispensable part of my work.

QuietBear Bio:  QuietBear is Michael’s given Shaman name, which he has gone by since receiving it, following his intense seven years of training starting in 1989 in the 13,000+year Shamanic tradition of the Twisted Hairs Elders of Turtle Island (https://theforceiswithinyou.forumotion.com/t1430-star-nation-teachings-twisted-hairs).  For half that time he lived in the wilderness of the mountains and deserts of Arizona. In 1996 he completed his training and left, with his Teacher, Swiftdeer’s blessings, to do his work. In keeping with that training, he constantly studies and learns: that’s the warrior task for every Twisted Hairs shaman, to always learn and grow by studying the self and other selfs we meet on our life path.  Because of his training, QuietBear knows the true human nature, and therefore believes that none of us needs a “savior”.  Our true human nature is our gift and grace to develop and use our own power, a gift from Creator that He intended us to use to its fullest potential in order to protect ourselves and to achieve our true greatness.