The Genocide of the Moronic (Part 1) 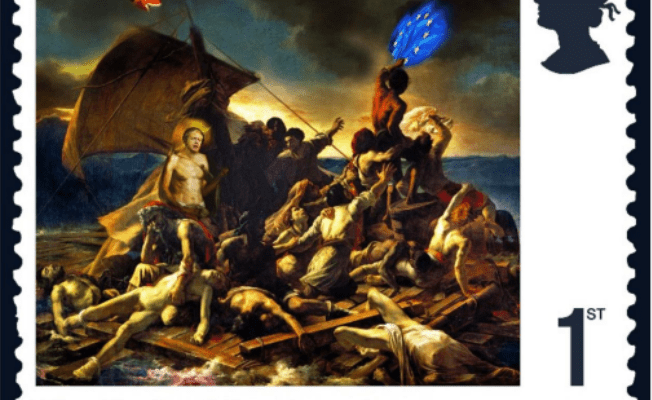 The Genocide of the Moronic (Part 1)

The latest fake variant of the fake Divoc 91 scamdemic is called Omicron. This, as many instantly spotted, is an anagram of moronic. If we take the word moronic in its true etymological sense, then it is quite correct to say that an individual who makes a foolish decision is a moron. This is not to be pejorative but factual,

moron | ˈmôrˌän |
noun informal
a stupid person.
ORIGIN
early 20th century (as a medical term denoting an adult with a mental age of about 8–12): from Greek mōron, neuter of mōros ‘foolish’.

I have, over the last month, had a series of encounters that are illustrative of the moronic mindset of many people who literally have no idea what the fook is going on, despite the fact that the truth is accessible and available to all who care to investigate it. They have wilfully chosen the path of ignorance and the inevitable outcome will be another mass-realisation that ‘ignorance is bliss’ is but a lie. By accepting the lies of the State’s propaganda, they have made some very foolish decisions. These moronic choices naturally arise from anyone who is making a decision based on a series of lies, as uttered by the bankster-health minister, Savage Jabhead –

Three Sundays ago, whilst out for an afternoon stroll, I bumped into Clive, the local vicar and his wife.

The conversation was genial enough but it soon became apparent, once again, that he is completely lacking in critical thinking ability and evidently has no faith or any deep connection with the Creator.

Were the opposite the case, it would be a very different man who appeared before me and not one who has surrendered to the criminal diktats of the ‘gov’ and its associated bogus authorities. A man who has accepted that the rogue UK Big Pharma Junta is a superior authority and jurisdiction to that of God.
Utter nonsense, of course, but a very dangerous position for a vicar to take – not that he is unusual in this acceptance, as most of his ilk have swallowed the lies and propaganda without any critical thinking whatsoever.

An Archbishop Extolling Genocide by Needlepoint

The Archbishop of Canterbury, a man known as Justin Welby, is similarly dangerously deluded: this is what he stated on 19th January, 2021 when he rolled up his sleeve and allowed his God-created body to poisoned with the deadly serum,

Coronavirus does exist, the vaccine is safe, and everybody should have it.”

His delusion is tragic:

The rapid development of the vaccine is an answer to prayer – and it is central to the recovery from this terrible pandemic.” Source

People not only need vaccinations – they need access to healthcare workers who are skilled and equipped to deliver adequate medical support.

We need to build a world where each community, regardless of where they live, or who they are, has urgent access to vaccinations: not just for COVID-19, but also for the many other diseases that continue to harm and kill. As the pandemic has shown us, in our interdependent world no one is safe until everyone is safe.

We have a choice: vaccine nationalism or human solidarity.

Thanks to effective international action, several vaccines have been produced. The World Health Organisation, GAVI and CEPI are leading the COVAX initiative, which is currently the best effort we have to ensure that vaccines reach people around the world. However, COVAX is only intended to cover 20% of the global population– the most vulnerable in lower-income countries – by the end of 2021 and it is not yet clear if it will meet this target. Meanwhile studies show that if we focus only on vaccinating our own populations, the world risks global GDP losses of up to $9.2 trillion (with half of that cost being incurred by high income countries) this year alone. “

Let’s momentarily slide into Welby’s alternate reality, wherein the death-shot is an answer to his “prayers” as he claims; my question is this –

Who the fook do you believe you are praying to?

Welby is, of course, a sinner for he is a man who acted contrary to natural law, or, as a true christian would have it, God’s Law.

By contrast to these limp-wristed soul-outs and, as to be expected, we, at long last, are beginning to see the rise of the fiery preacher – in this instance John-William of Aberdeen who displays herein the levels of critical thinking, passion and common sense so clearly absent in the vast majority of churches which have swallowed the propaganda, bought into the fake science and closed their hearts and doors to their people. As he states, this is an “abomination”. YouTube

Clive, my local vicar, is apparently no different from Welby or any of the fake clergy who encourage others and/or go along with the criminal mandates of the rogue UK Gov.

During the course of our wee chinwag, his wife chipped in to ask me if I had had the arm-spear. I sense she is cruel in some way, a feeling I get from her facial expressions and demeanour. I told her there was no way I would be taking part in the genocidal mass experiment on the people and told her the failure to disclose the contents of the vials and hence obtain the required informed consent, would lead to retribution, that it was the work of the devil.

Her response was, “Clive’s had three.”

I didn’t need to know this and didn’t ask in the first place. “Oh, dear.” was my reply. Oh dear, oh fooking dear.

Such foolhardiness in the face of a genocide of one’s fellow Men is hard to comprehend until one realises, that just like any and all institutions that aspire to being a public ‘authority’, the Church is an imposter and that issue goes directly to the heart of the matter. Namely, the fake Church has been captured by Ahrimanic forces.

For, as Rudolph Steiner stated,

To form a right conception of the historical evolution of mankind during approximately 6000 years, one must grasp that at the one pole stands a Luciferic incarnation, in the center, the incarnation of Christ, and at the other pole the Ahrimanic incarnation. Lucifer is the power that stirs up in man all fanatical, all falsely mystical forces, all that physiologically tends to bring the blood into disorder and so lift man above and outside himself.

Ahriman is the power that makes man dry, prosaic, philistine — that ossifies him and brings him to the superstition of materialism. And the true nature and being of man is essentially the effort to hold the balance between the powers of Lucifer and Ahriman; the Christ Impulse helps present humanity to establish this equilibrium.

Thus these two poles — the Luciferic and the Ahrimanic — are continuously present in man.” Source

Thus, the phoney Church leaders have evidently come under the sway of Ahriman – the materialistic view of life that drags the individual into the abyss – and it will herald their downfall.

The Shame of the Mask-Wearer

It’s appropriate that I mention Rudolph Steiner for last Saturday I attended an Advent Fayre at the Iona School in Sneinton, Nottingham which is purportedly a ‘Steiner School’.

Steiner was a polymath, an artist, an architect, an advocate of Spiritual Science and a man who took no shit when it came to the machinations of the State.

In former times it may have been the case that these institutions of learning were true to their founder’s aims in seeking to establish a system of education that nurtured and brought about the rise of the free-thinking individual who could correctly be deemed an auto-didact.

However, that is evidently not the case now for the building in which the school is housed is plastered with the NHS tracing application with those who enter encouraged to scan the code when they walk in. This includes the nonsensical ‘social distancing’, ‘handwashing’ and ‘face-covering’ instructions.

Whilst the parents who choose to pay to send their children to the school may do so for the best of reasons, I was struck by the fact that around 60% of those ‘grown-ups’ who attended were wearing face-nappies. If one hasn’t worked it out yet, let’s put it this way:

By complying with the anti-science diktats, the propaganda of the Rogue State and all things related in this war on Mankind, these people are virtue signalling collaborators who are obviously incapable of critical thinking. Doubtless, a large number of them will have rolled up their sleeves to take the death-shot and, as a consequence, will be facing a number of health problems which will shorten their lives, or kill them.

Such extreme foolishness in decision making does not bode well for them or their offspring, especially if, after almost 2 years, they have failed to do the research and conclude that the entire ‘scamdemic’ is a hoax, a world-wide psychological operation designed to ensnare the naive.

Whilst we are on this subject, let us be as clear as we can be: there is no contagion, there is no communicable virus that has been isolated and identified as such and, in any event, the PCR test is as meaningless as someone who falsely identifies a piece of mushroom in a vegetable soup and claims it is a mushroom soup. As the brilliant Jon Rappoport succinctly states,

In a nutshell, there is no Omicron because there is no SARS-CoV-2. The “pandemic virus” doesn’t exist. A variation of nothing equals nothing. Source

That is the fact – the emperor is naked. Those that refuse to see what is before their very eyes are as the blind men who cannot determine the entirety of the elephant they are each feeling.

My understanding of Steiner’s take on the influences of Lucifer, Christ and Ahriman is gleamed from direct experience.

Ahriman is the materialistic influence over Mankind that ties man down to the fake scientific claims of this world; the same pernicious influence that casts the MON-EYe illusion over him.

It is the same influence that convinces him his body is imperfect and that only white-coated assassinsarmed with oil-based-pharmaceutical quackery can correct the ‘errors’ in God’s creation and help him. It is the viewpoint of the Anti-Christ wherein nature is a lie that can only be fixed at needlepoint by the white-coated priests of the death cult of Quackery.

End of Part One

As ever special thanks to my good friend David R for his continued support of the work here. Should any reader be in an appreciative mood and like to make a donation, please use the donate button.

Special thanks also to Coldwell and Coldwell for the featured image. More of his brilliant work can be viewed here

Please consider making a donation should you feel appreciative of the work at Rogue Male. Thank-you.