The Nature of Light – Are We Living in a Telepathic Universe? 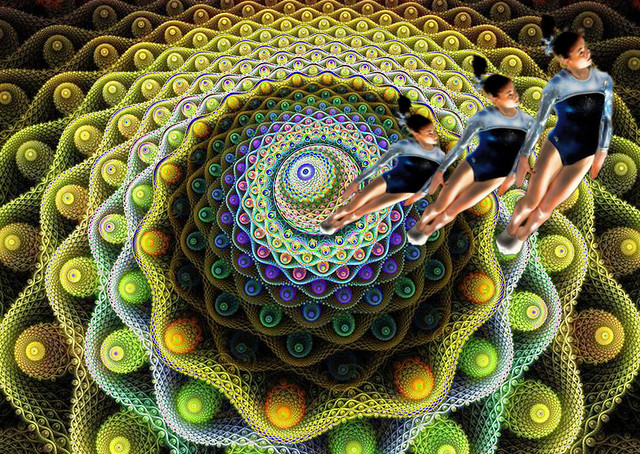 The Nature of Light

Are We Living in a Telepathic Universe?

Civilization has formed around key statements and pivotal moments of collective agreement.  Some two hundred years after Christ, Ptolemy the Roman stated that the planets orbit the Earth.

During the Renaissance, Copernicus observed that the Earth and the planets move around the Sun. Since Einstein related everything to the speed of light, consensus science has stated that the Big Bang created all matter and energy – including gravity. Every cosmological theory is now based on that core principal.

However, the nature of light and electricity has almost been entirely ignored by the theoreticians along with “Occam´s Razor”, a scientific benchmark of demonstrable simplicity and yet we are told we will increasingly think in terms of light and electricity (A.Bailey/DK). In the new scientific quest, self-experience is the field of experimental enquiry towards self-knowledge.) 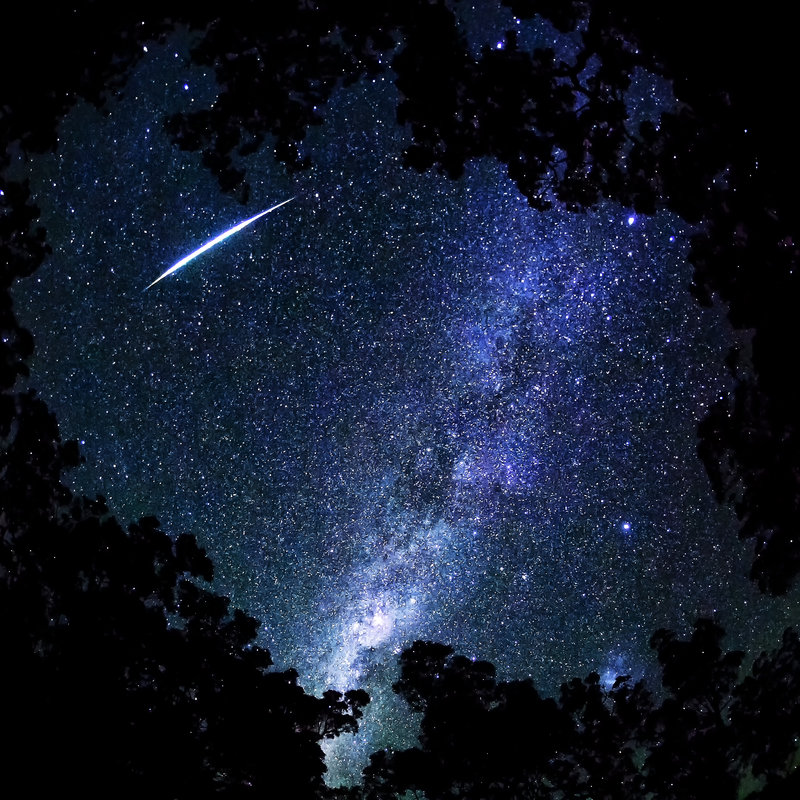 Do Stars Shine in Open Space?

What would you make of the wild idea that the light of the Stars, and our Sun, cannot be seen when viewed far from Earth´s, or any planet´s atmosphere?

Nasa photos of the Moon landing, Jupiter and Neptune

Surprisingly, this is more widely debated than one might think, from ridicule to the more serious thinkers on the frontiers of science. The background space appears to be consistently absent of stars in Apollo Moon shots and NASA photos of the planets (illuminated by reflected light). However, stars can be seen when viewed through the Earth´s atmosphere which includes the Hubble Telescope*. If there is any truth to this how has it escaped our attention and what does it imply regarding the nature of light and how it is propagated?

* While for most intents and purposes the Hubble Space Telescope can be considered to be in space, it actually lies in what is known as the thermosphere: the largest and most tenuous part of the Earth’s atmosphere. The thermosphere is roughly one million times less dense than the atmosphere at sea level, yet it is enough to affect the orbits of satellites that fly within it.

Given that the Science, in essence, seeks the “revelation of truth as it shines through and into physical existence”*, the following can help to shed some light on the physical and esoteric nature and origin of light.

Does light from the Stars including our Sun, propagate with a velocity at all? Is it a function of time and frequency? Is light impulsed without a wavelength by the Stars to take on appearance as travelling wave phenomena?  How is the mind involved as observer?

“If quantum mechanics hasn’t profoundly shocked you, you haven’t understood it yet.  Everything we call real is made of things that cannot be regarded as real.”   – Niels Bohr

The Spectrum of Light

Goethe progressed our understanding of the spectrum of light from the initial work of Newton.  A more balanced view demonstrates the propagation of the full spectrum from white light and the absence of light.  The following images illustrate this dual relationship:

For a deeper appreciation see the video: Light Darkness and Color – Goethe’s Theory

The implication here is that the “the absence of light” (space) has properties distinctly different from “the appearance of light”.

To get an understanding of the contrast it is helpful to gain an appreciation of:

The Nature of Light

The light that we see with our naked eyes happens to be the 49th Octave of vibration in the “Electro-Magnetic Spectrum”.

All is vibration. Sound is light at a lower frequency. The absence of light is non-physical.

The following image differentiates between light propagation and appearance and is adapted from the work of Dinshah Ghadiali, (1873-1966) whose Zorastrian background followed on the ether science of light by Edwin Babbit to develop and originate Spectro-Chrome light therapy.

Plato´s five “platonic solids” represents a view of the elemental building components of the material world.  These would appear to have been derived from sacred geometry, a science from the ancient world.

When sound is produced from the geometry of the solids, the harmonics of Pythagorean musical tonation is revealed, in particular the Major Key of F#. For example,

The angles of a Triangle produces 180° which sounds an F#.

The 360° of a Square or Circle also sounds an F# and a perfect fifth. 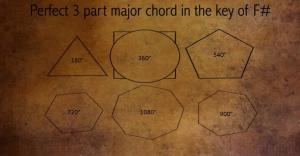 See this excellent video:
Sonic Geometry: The Language of Frequency and Form

The underlying harmony between music and electricity has been identified and well explained by Eric Dollard, one of a very few electrical engineer/scientists who can understand the mathematics and the patterns of nature.  Eric Dollard is the only electrical scientist to have successfully replicated Nichola Tesla´s “Magnifying Transmitter” that utilises longitudinal (impulsed) properties of electricity, ignored by conventional physics. His presentation of “The Power of the Aether as Related to Music and Electricity” compares the organ music of Sebastian Bach (he designed and had built an organ using original polyphonic tuning) with the Electric Aether Physics of JJ.Thompson, whose science was displaced in favour of Einstein´s theories of Relativity.

“Aether Is both mathematically and concretely engineerable by understanding the work of J.J. Thomson, which shows that there is an aether and matter equivalency. It is a mathematical reality that has remained hidden in plain sight for over a century.”

From Eric´s work we learn that Tesla and others, who were familiar with the concept of the electrical aether, considered the flow of electricity as “positive” in the etheric domain and “negative” in the physical domain, in other words “monopolar”, requiring simply one wire to flow, rather than “bipolar” requiring two wires to flow and return.

In his other work, Dollard extensively describes the impulse or longitudinal and the travelling wave characteristics of dia-electricity (electricity without its magnetic component), these operating at 90° to one another. See: Eric Dollard – Electricity defined.

Pebble in a Pond – impulsed and travelling wave light

Before considering the science, for the sake of illustration, let´s imagine a clear pool of water, undisturbed by any motion. Upon dropping a pebble into the centre, at the point of impact an impulsing motion arises formed by an oscillation of pressure. This pulsation continues for a while, while an enlarging periphery of travelling waves moves ever outward to reach the limits of the pool´s boundary. The one is operating upon an axis perpendicular to the other. The former displays pressure and trajectory while the latter gives the idea of frequency and outer movement from the radiant centre.

Where there are two or more of these impulse phenomena, the characteristics of orbital patterns and rotation or spin of heavenly bodies is suggested. Note also that the axis of the impulsing centre gives rise to the travelling wave which is then experienced as frequency and appearance in space and time.

As to why the Stars may not appear in open space to the naked eye, Tom Brown puts the knowledge together of the properties of light and electricity in this article to offer an interesting theory:

Some Observations on the Relationships between Light & Electricity by Thomas Joseph Brown, http://rainengineering.com/ether/Light&Electricity/light_and_el…

Quoting briefly, he invites us … 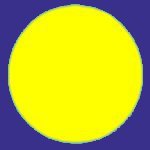 “Let us observe the sky. During a cloudless day we see two distinct atmospheric colors, yellow and blue, which we now know Goethe considered as the only true colors. The yellow is the dot of the sun and the blue is the dome of the atmosphere. The red-yellow pole of color formation is observed as the sun moves from overhead towards the horizon…  In terms of propagation the yellow light of the sun can be seen as a radial transmission wave, or rays, directly connecting the atmosphere with the solar body itself. This red-yellow pole is a longitudinal, instant direct connection. At night the LONGITUDINAL beam of stars can be seen. It is possible, given this line of thought, to conceive of the probability that the starlight we see is an instant transmission, a direct “real-time” connection to the star we are viewing.”

Thought is Light Before Appearance

A key factor to the question, “Can the Stars be viewed in open space beyond the Earth´s atmosphere?” is the effect of atmosphere.  It is suggested that light, as it arises from intentional thought, operates in the etheric medium of Space as an impulse of pressure and that it only “appears” when subjected to or defracted by an atmosphere to then become a travelling wave phenomenon.

As an impulse of pressure, there is no time delay, both sending and receiving are instantaneous.  Apparently earlier longitudinal radio and TV transmitters (RCA) displayed this characteristic.  In other words, in the quantum like etheric medium the thought is everywhere present.

These two images may help to illustrate the impulsing nature of energy forming travelling wave phenomena, and the effect upon the etheric field of a sphere such as the Earth.

If the Spheres are impulsed via the Sun in this way, it may be that the solar system is involved in a process of “cosmic induction” and that the galaxy as a whole is responsible for maintaining the life cycles of a living solar system?

If the Stars are indeed in telepathic communication and of One Mind, could it be that our Soul is such a Star, our humanity the vehicle through which the Universe is becoming conscious of itself?  Perhaps the way that lies ahead is in the work of constructing the Antahkarana, more commonly known as the “Rainbow Bridge” that connects our humanity with a much larger galactic family that may eventually realize our freedom to move amongst the cosmos as expressions of One Being.

May the Stars awaken within our humanity!

EVERYTHING Is Invisible In Space In The Visible Spectrum (Peter Lin…
https://en.wikipedia.org/wiki/Examination_of_Apollo_Moon_photographs
Aether Research by Thomas Joseph Brown
See also http://borderlandresearch.com/aether
Eric Dollard – Electrical Scientist, on the nature of aether electricity and beyond Einstein. http://www.gestaltreality.com/energy-synthesis/eric-dollard/
Eric Dollard – The Power of the Aether as Related to Music and Electricity
download from Dropbox – Video part I, Video part II
The Electric Universe Project,
http://www.holoscience.com/wp/
http://www.thunderbolts.info

On Astrology: “That the fundamental of etheric or longitudinal wave function is illustrated as the formation point of reality and 3d space/time, due to the fact that astrology works and works perfectly well.” (Re: Eric Dollard – A Modern-Day Nikola Tesla, Project Avalon)

* definition of purpose of the Scientific Servers, one of the “seed groups” indicated in the creation of new civilisation by Alice Bailey.

– Scroll down through ‘Older Posts’ at the end of each section

For further enlightening information enter a word or phrase into the random synchronistic search box @ the top left of http://nexusilluminati.blogspot.com