The Power of the Void By Gary Z McGee 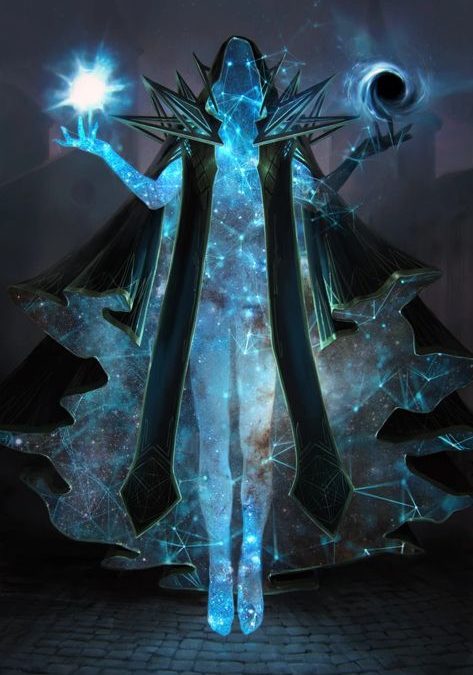 The Power of the Void

The status quo is a juggernaut. It’s excessive. It’s overreaching. It’s ominous. It is so massive that it’s closed off from the underlying essence. It is so extensive that it’s lacking. It is so supreme that it’s extreme. It is so ubiquitous that it’s stifling. It is so vast that it must be checked by something greater than it is lest it spiral out into corruption.

The void is between worlds even as it creates worlds. It is the primal source, the vital core, the perennial roots, the primordial seed. It is all at once a lodestone, a whetstone, a steppingstone, and a Philosopher’s Stone.

It’s the floating nothing, the blindman’s target, the flow state between the bowman’s mind, the arrow, and the bull’s eye. It is the pivot point where all points point. It is the darkness that shines all light.

Indeed. The seed of somethingness can only grow from the heart of nothingness—the almighty void, the birthplace of all things, the great womb from which we are all born. Even the status quo is merely one of its infinite creations.

The void is not only a place of death and disorder, but also the birthplace of order. It’s the state in which the caterpillar is annihilated in the cocoon. It’s the place where the Phoenix is reborn. It’s a sacred space where bludgeoned aspects of the profane status quo can unwind and flourish. It’s a vital humus for human creativity.

Even regarding imagination, the void is the state of mind where No-mind and mindfulness intersect to become curiosity and wonder.

Have no illusions, the status quo is the pinnacle of contentment, accepted answers, rigidity, self-seriousness, excess, and stillbirth. It is our responsibility alone to flip the script, to turn the tables, to push the envelope, and to stay ahead of the curve. Nobody else can do it for us.

If we can gain mastery over the void, we can gain mastery over the status quo. Just as the master must integrate the darkness within him to become whole, we must integrate the void within us to become creative. Otherwise, the status quo consumes us. Otherwise, we drown in cultural conditioning. Otherwise, the Matrix has us by the balls, and the blue-pill-poppers will have outflanked our red-pill-popping courage.

But if we can gain the courage to create through the integration of the void, we can avoid the stifling trap of the status quo. We can rise above stagnation, complacency, comfort, and certainty. We can transcend the unhealthy scene and transform ourselves into a thundercloud fat with healing rain.

We can seize the lightning that splits the cosmos and fall in love with the split. Realizing that we are the split. We always have been. And that’s okay. We attain healthy detachment by understanding that we are a creature that must constantly negotiate its own delusionary attachment to being a thing separated from cosmos.

The power of the void is the power of holistic detachment in the face of illusory attachment. From the void we can see how our tiny self is outflanked by the mighty cosmos. We can see how petty our stress, anxiety, and existential angst really is. The grand scheme of things becomes a mighty hammer that shatters the glasshouse paradigm of our small-mindedness.

The void teaches the power of rebirth and creation from the ashes of death and destruction. It digs up the skull of God and props it up like a scarecrow. It drags the bones of the Phoenix across the desert and into the Garden of Rebirth. It blackens the sun and dances in the shadows, kicking up dust, and dousing the fires in Plato’s Cave. It awakens those who have pretended to be asleep.

From the self-inflicted wreckage of the void, we emerge more robust and antifragile than before, fixed by having been broken, whole by having been split in half, healed by honoring our wounds and brandishing them like trophies atop the summit of our having fallen apart and come back together again.

From our mastery of the void comes the unity of summit and abyss inside us. The wisdom gained at the summit guides us through the lows of the abyss. The courage gained in the abyss helps us navigate the highest heights. The unity of both gives us the power to create and to destroy in the face of that which seeks to fixate, stagnate, and perversely preserve conditions at the expense of healthy change. It gives us the power to overcome the status quo and to become a force of healthy change to be reckoned with.

This article (The Power of the Void) was originally created and published by Self-inflicted Philosophy and is printed here under a Creative Commons license with attribution to Gary Z McGee and self-inflictedphilosophy.com. It may be re-posted freely with proper attribution, author bio, and this statement of copyright.