The Tao of Detox 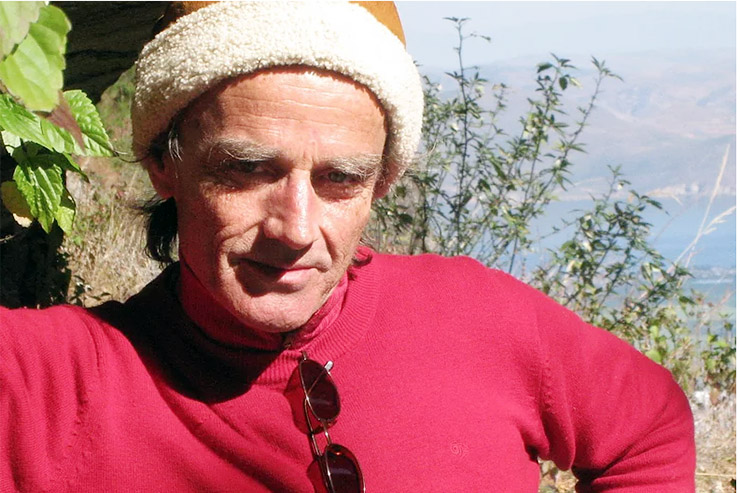 Daniel Reid is a leading expert on Eastern philosophy and medicine and is the author of several best selling books on various aspects of Chinese health, healing and traditional practices. His unparalleled ability to explain traditional oriental healing methods to the modern reader in ways that are both practical and easily applicable has earned him an international reputation that puts him in a class of his own.

In this interview with naturopath Huw Griffiths, Daniel Reid discusses his book The Tao of Detox.

Huw Griffiths: In The Tao of Detox you combine two extremely potent areas of interest that are current in contemporary society – the gradual, but seemingly inexorable integration of oriental philosophy and practices into Western lifestyle and culture together with the growing Western fixation with ‘Detox’. Until reading your book I wasn’t aware these two concepts were all that closely associated, yet your book presents them almost as two sides of the same coin. Is this just a clever and convenient way of presenting your ideas, or have the two concepts always gone hand in hand?

Daniel Reid: They’ve always gone hand in hand, but in my book, as in all my books, I do try to present any aspect of Asian culture in ways that are not only acceptable, but understandable to the Western reader.

Detox today is considered a very modern, a very new thing, and has developed almost to the point of becoming a fixation here in the West. You see the word literally everywhere and presented almost as if it’s a new discovery. Toxicity is the basic cause of disease, but this is ancient knowledge. Even in the West they knew this two hundred years ago.

A good example of current medical practice can be seen in Russia. If you go to a hospital in Russia for anything, whether it’s an in-growing toenail or a heart attack, the first thing they will give you is a colonic. The first priority is to start to get rid of all the built up, blocked rubbish in your colon, so that the body can start to function normally again.

I think I quote a sixteenth century TCM (Traditional Chinese Medicine) practitioner in my book: “If you want to be healthy, first clean the bowels.”

There are various ways of doing it, some systems use purging herbs, some like Ayurveda have elaborate detox methods using salt water that you drink, but the whole point is that tissue toxicity is the base root cause of discomfort and disease in the world today and has been known about for thousands of years.

Conventional Western medicine denies this direct link for the simple reason that when you detoxify yourself you essentially cure yourself and this would mean that there would no longer be any business for the pharmaceutical or medical industries.

What is happening to us today is ironic because we are doing it to ourselves. We’re being poisoned! The West’s food is full of additives, preservatives, pesticides, MSG, aspartame, you name it. There a hundreds of things that are allowed into people’s food and water. It’s disgraceful!

Everything that modern people put inside their mouths these days makes us ever more toxic. We consequently develop symptoms, discomforts and then eventually disease, for which they give us drugs then more drugs until it finally all gets too much and they pack us off to the surgeon for some sort of final solution.

Another example is what they do to our babies! Whether a baby is born in Australia or the US, within a week of birth they begin to receive a series of vaccines, some of which contain mercury or aluminium adjuvants. Now anyone who injects a new born baby with anything that has got mercury, or anything with heavy metal in it, is either a mad scientist or being unethical. At least when I was a child we got the shots when we were five years old. Now they get it within a week of being born.

Not surprising then that we have now got a pandemic of autism and brain damage in the US. I’ve known people who have had their babies die in their arms only eight hours after having had a vaccine shot, and the doctors just shrug and say ‘It’s just crib disease’, and turn away. They’ve just killed them!

It’s incredible that even the doctors are doing it to us. What I’m saying is that it’s really important Westerners pick up on these things and become aware. These foods and medicines are toxic and we should be switching to a more naturopathic, more Asian way of doing things.

HG: When the word ‘detox’ gets mentioned these days most people think in more physical terms, that is we tend to think more of purifying the body and not much else. Yet the ideas put forward in The Tao of Detox go much further than that. You talk of detoxifying the body, mind and spirit as if they are one inseparable whole. For many Western readers, accepting this concept must surely be a major challenge and for that matter a potential barrier to the adoption of some of the practices that you teach. Do you see these more esoteric aspects to detoxification as absolute needs or could they be treated as optional by the average Westerner?

DR: They can be treated as optional so long as the person who does it is prepared for the inevitability of the body needing to be detoxified again and again. But a major issue is an individual’s attitude to themselves, to their consciousness and the impact that this can have on their lifestyle habits. A person who eats so much that they weigh say, 750 pounds, is clearly destroying themselves. They have a mental problem, otherwise why would you do that to yourself?

The issue of addiction is an obvious example: alcoholics, drug addicts, smoking, people who get hooked on diet coke full of aspartame until they end up in a wheelchair. People in this predicament are clearly not enlightened, they have a problem of some kind, whether it’s an unresolved issue from their childhood or whatever.

Now people in this type of situation, and we’ve had plenty of people like this on our own programs, they tend to come back again and again. We clean them up, and then they come back toxic later on. We tell them, “Hey, you’ve got to get out of this habit, this relationship, this job, you’ve got to stop eating this food,” but very often they just don’t want to. So they go over the same steps again and again.

Now, with regard to this mind/body thing there is a very definite connection, but it’s very difficult to see the borderline between a person’s energy system and their physical body. But there is a tangible link between the two and it’s ‘Breathing’!

Take, for example, what happens when you sense fear. Your breathing takes on a certain pattern, then if you are really frightened it will make you pee your pants. Now, for fear, which is most definitely a mental figment, to suddenly make you evacuate your bladder clearly shows a connection between the mind and the body.

Similarly, when you get angry you get hot (usually under the collar) because blood is rushing up to your face from your liver and makes your face go bright red. These two examples are basic demonstrations of the effects of stress. Stress (which is mental) has become the bane of modern life and everybody who is under stress, without going into heavy detail, is essentially going to experience the fight or flight response. The reality is that the first thing that happens when anyone experiences a stress response is their immune system shuts down.

Therefore, people who put themselves under stress 24 hours a day, which is easily done, are basically running on no immune system and the ease with which people can escalate from say fear, to a stress response and then on to a heart attack is a major problem.

Mind and spirit ultimately hold the root causes of all our physical problems. Sure, you can keep fixing the physical problems if you can catch them in time by detoxing or whatever, but if you don’t do something about the root source, you are going to go right back to it all the time. It’s not going to go away.

HG: Is the need for detoxification reaching some sort of crisis point in the world today? In your book you mention many sources from which toxins emanate and eventually enter our bodies and you present rapid re-toxification as some kind of inevitability. Is the situation really that much worse than it was say ten years ago or are we just becoming more aware of the issues these days?

DR: OK! As to the answer to the first question about the crisis point… Yes! It really is that serious!

Detoxification is absolutely essential to restore normal immune response and once you have done that your body has a chance to recover. But when people remain toxic, and today people really are toxic, there is no magic that can help them. They’re shut down.

As far as today versus ten years ago is concerned, ‘Yes, it’s much worse’. We’re at saturation level and it’s a matter of the amount of chemicals that are being used in the production of food and especially in pharmaceutical drugs, which is much more than was being used ten years ago.

We also have to now face another major threatening factor: electro-magnetic fields. These artificial fields, and even worse the microwave thing, cell phones themselves, the relay towers that are everywhere (in Australia by the way they are hidden in plastic palm trees so that you can’t see them). All these are far more serious and significant than anyone actually imagines. Just because people don’t see it, they don’t worry about it. The point is, and I have studied this carefully, microwave pollution and artificial electro-magnetic fields, which are all around us in computers, appliances, high tension wires, etc, are doing far worse damage to us than the damage being done by chemicals.

The radiation from these sources is there all the time, 24 hours a day, and all during that time your body is going through a stress response. You can’t see it, but it is there and causing a stress response in your body. What happens then is that your immune system shuts down, you have cortisone coming out of your adrenal glands and your whole system is in fight or flight response. This isn’t just once in a while, it’s all the time.

So people who don’t do things like Chi-Gung, or meditation or who don’t know how to calm down and switch themselves back into healing mode, are really falling apart fast.

So ‘Yes’, the situation really is much worse than before.

HG: Daniel, I’ve really enjoyed our chat and I didn’t mean to distract our discussion away from your book, which I found to be not only an excellent read, but a highly practical manual for survival in today’s toxic world.

This article was published in New Dawn 102.
If you appreciate this article, please consider a contribution to help maintain this website.