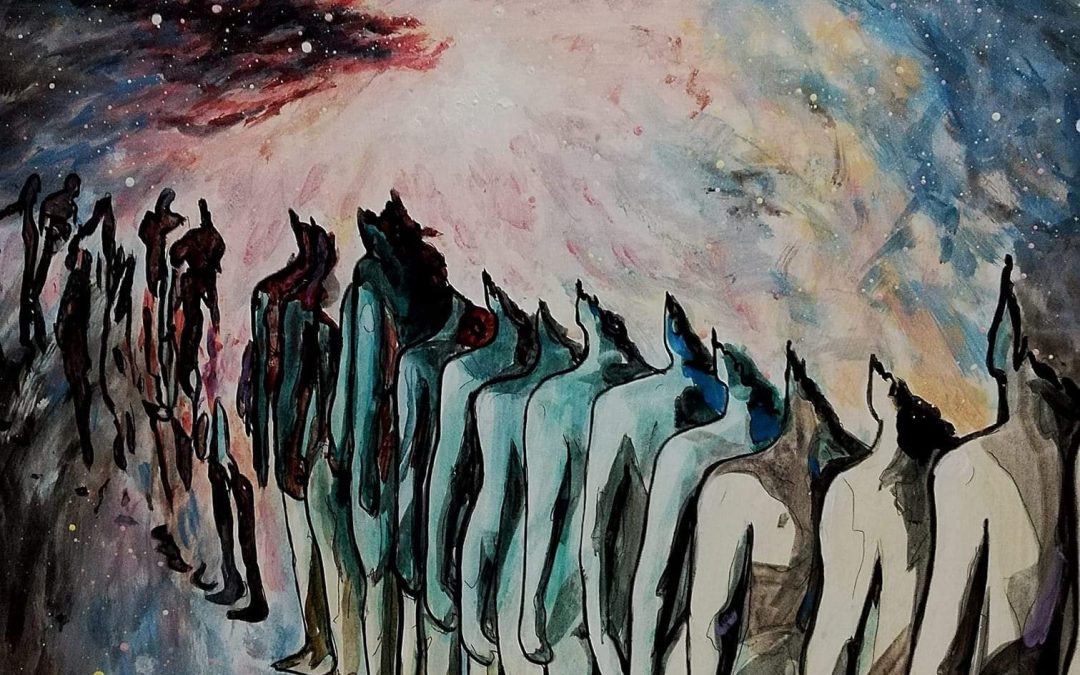 The Truth about ‘Trans’ – Neutralizing the Powers of Creation

The creation of the Sexes is inseparable from the creation of the Universe. All of life depends upon the duality and complementarity of male/female. It is fundamental to existence itself. Does anyone think that a light bulb will illuminate without a positive and negative current to create the necessary friction?

To remove this fundamental duality from the biological composition of human life is to nullify the creative spark of existence itself. It must be right at the head of the list of crimes against humanity.

Those who promote the sterilization of the human race follow the same path as those who have already sterilized a large portion of the natural diversity of the planet, via industrial pharmaceutically controlled ‘farming’.

Bees and other insects that cross pollinate the male and female plant kingdoms – and therefore fertilize the fruits that follow – are a threatened species. Almost wiped-out by industrialist’s addiction to playing God with toxic anti-life weaponry.

This attack on ‘cross fertilization’ has now moved-on to become a direct attack on ‘fertilization’ per se. It includes an attempt to deny children the guidance necessary to enable them to avoid being trapped into sexually crippling themselves, thereby deleting their ability to grow-up as whole creative human beings.

It would appear that the prerogative of some is to understand ‘freedom’ as the right to escape from the biological integrity of one’s bodily existence. Which, in effect, means to escape from the inherent wisdom of one’s Creator. And the means to this end?  To render one’s biological condition ‘neuter’; an abstract notion coming from outside the laws of nature.

This notion, that it is both possible and desirable to be neither boy nor girl, neither male nor female, but something undefined in between can only have come about through a deeply perverse and purposeful top-down indoctrination process.

Well, we know something about this. In 1969, at a gathering of pediatricians in Pitsburg USA, a certain doctor Richard Day stood-up and communicated a remarkable polemic about the future of humanity which he asked the attendant doctors not to take notes about. However one doctor, Lawrence Dunegan, defied this call and managed to jot-down the basic story.

What he recorded is now a famous document which accurately described the precise plans/agenda of The New World Order cabal for the years ahead. One of Dr day’s key statements was “We are going to make boys and girls the same.”

Making boys and girls the same is a process emanating from the Transhuman school now being promoted as part of The Great Reset of the World Economic Forum and its director Klaus Schwab.

The Great Reset will ‘re-set’ the sex of humankind to be ‘sexless’. Or to persuade males to become females and females to become males. Its aim is to contribute to depopulation goals by ensuring that no more procreation is possible for anyone other than the elite cabal who are to retain the privilege of having children via physical intercourse.

This ‘re-set’ has already been pronounced by Schwab’s leading advisor, Israeli Professor Yuval Noah Harari, who recently stated outright “We will create non organic humans, we will do better than God.” This view is not unique to Harari, having recently re-emerged via the thinking and writing of futurist and ‘singularity’ exponent Ray Kurzweil.

The promotion of a ‘Trans species’ is giving us a view of the darkest territory of the mind. The mind of the Luciferian/Masonic initiate.  This is the agenda for the deliberate dehumanization of human kind. And it is now going public because its initiators clearly believe they can ‘reset’ the social, moral and ethical map of the world. This includes the social, ethical and spiritual evolution of humanity.

Dispensing with the laws of the Universe and replacing them with a goal of biological sterility, is an agenda coming from ‘the other side’. By this I mean, coming from the reversed consciousness of the despisers of humanity. Demonic forces.

But Schwab’s team has worked-out a way of selling this bleak future under the guise of offering ‘freedom’ to youth to do the cool/fashionable thing of the era, to become LGBT ‘non-biological’ in the name of exercising choice at an age when one has no basis for exercising such a choice.

At a point when one is entering the age of puberty one has one’s first sense of the vastness of human potential. A profoundly important and often unsettling moment in all our lives. A time of discovering what it means to be male and female and how society expects one to behave. At this time in life it is quite easy to be enticed into a self harming mode, out of an irrational urge to be nonconformist.

Many parents of such youth seem devoid of any will or instinct to direct their offspring along a road of health and sanity. While doctors and physicians offer the disfiguring surgery and debilitating drugs as though they were a routine medical procedure, exhibiting no ethical or moral fibre to resist the horror of what the Cabal expects of them – or the fees involved in performing the mutations.

The children, for they are such, think they are making this decision; but their unformed minds have been poisoned and stolen from them just at the point when they are at their most vulnerable and open. The psychological development of many is already disturbed and distorted by constant use of ‘must have’ mobile phones, the use of which their seemingly oblivious parents have failed to control.

One has an inescapable sense that the apocalypse is not the future, but the present. A whole raft of humanity is allowing itself to become a vector for a programmed descent into a torture chamber devised and run by the princes of darkness.

A number of those on the brink of being operated on have been persuaded not to go ahead, thank God. Some have spoken-out and said how hugely relieved they are that they were helped and saved from the tragic sterile journey which lay in wait for them. One can only hope that their testimonies are heard by others too confused to know which way to turn. By teachers and councilors whose professions are supposed to be founded on responsible counseling of the young.

How could anyone with a heart and a modicum of self respect possibly withdraw their guidance from highly vulnerable young people drifting and frightened within the present sea of abject confusion and corruption?

The New World Order is the father of The Great Reset. It is a prison camp run by soulless entities who resemble humans.

Each step of its manifestation is composed of a seemingly high ideal: ‘a universal vaccine’ for all ‘pandemics’.  ‘Zero carbon’ to end ‘global warming’. ‘Laboratory food’ to end ‘environmental exploitation’.  ‘A digital currency’ to prevent ‘fraud’. A ‘central electromagnetic surveillance system’ to ‘watch over’ all areas of one’s life. A ‘microchip under the skin’ for ‘convenient’ banking/shopping operations.

And now ‘Trans’ people, to prove the fact that it’s you’re ‘right’ to decide your sex, and not God’s. God, after all, might have got it wrong.

The creation of a non biological human race is absolutely central to the Transhumanist agenda. It is readily admitted as such by Klaus Schwab and Yuval Noah Harari. They genuinely believe that they – and their artificial intelligence engineers – can ‘do a better job than God’.

The supposed ‘removal of pain’ is a further component of this exercise. Much of society is already conditioned to to feel it can’t live without convenience and is increasingly averse to any form of hardship. In this ‘you can have everything’ supermarket of life, pain, hardship and creative effort can all be averted by a pill, an operation or a vaccination to neutralize the offending part of one’s DNA.

Aldous Huxley warned of this some eighty years ago. Most ignored that warning and are still ignoring it, pathologically conditioned as they are by the spellbinding techniques of the psychopaths that run the show.

So don’t ever laugh-off that which goes under the title ‘Trans’. Don’t think you’re going to be a ‘liberal free thinker’ by going along with the covert and overt destruction of the Divine Masculine and the Divine Feminine.

Offer instead profound thanks for the genius that brought such duality into existence, and join the resistance with all those who have learned to recognize just how deeply cunning and manipulative is the Saturnian cult that is out to capture the life force of our planet’s beloved children.