The way forward: A Practical Roadmap to Reclaiming Individual and Financial Sovereignty 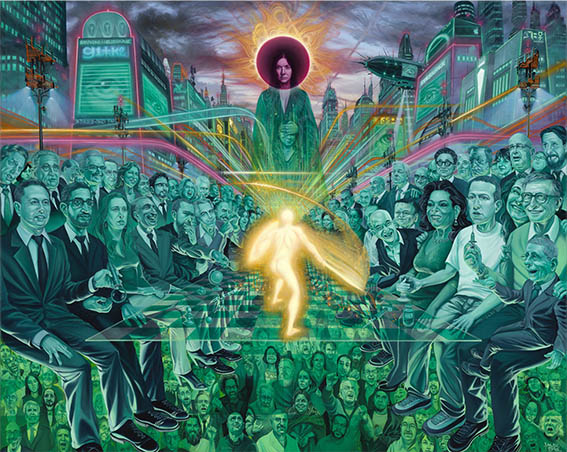 The way forward: A Practical Roadmap to Reclaiming

Those who are familiar with my ideas and my writings undoubtedly know that one the issues I’m most passionate about is individual freedom, on all levels. I believe that free-thinking people know what’s best of them and they need no “guardians”, no “nannies” and certainly no bailiffs and enforcers, to limit or to dictate their choices “for their own good”. As long as those choices cause no harm or damage to nobody else and they violate no property that isn’t theirs, all that should govern the individual’s choices is their own conscience.

However, today’s “leaders”, in politics and in the corporate world alike, clearly think otherwise. They view humans as fundamentally flawed, as eternal children to be educated and scolded, as cattle to be herded and as weaklings to be protected and patronized. And they believe themselves to be different, to be above us all, unaffected by all the imperfections and shortcomings that make us human. They really think they are wiser and smarter than most of their fellow men and women. They’re more compassionate too: this is why they view it as their duty to guide the rest of us, to show us a better way; their way. And if we dare question it, or god forbid, resist it, well… Then we’d be a danger to the “greater good” and we’d be treated as such.

None of this a new problem, of course, as these dynamics emerged together with the first organized society. However, modern technologies, new modes of communication and the way that globalization ensured that the “butterfly effect” would be a daily occurrence, ensured that this sort of oppression and suppression went from being “a” problem, to “our” problem. Each and every one of us is directly affected. Honest, productive, decent, free-spirited and questioning people are being punished, ostracized and penalized even day.

But even those who find the current status quo “comfortable” and who enjoy life in an increasingly centralized system and under an increasingly overreaching State, will undoubtedly soon come to regret it. After all, for any ruling elite to continue ruling, there must always be an enemy within and that’s historically a moving target. The “greedy rich” or the “freeloading poor”, the “rabble-rousing minority” or the “oppressive majority”, it doesn’t matter which group one will be assigned to. Nobody’s safe, not for long anyway.

It takes extreme cynicism or pitiable naivety to decide to play this rigged game and to choose to remain in a system as clearly corrupt and inhumane as this. In fact, one would assume that the majority of rational, sensible, self-respecting and responsible people would have left this system already – and yet they haven’t. Not “the majority” anyway, but perhaps “not yet”.

The reasons that would stop someone from “opting out” are understandable and relatable. Fear of being outside one’s community is probably chief among them. However dysfunctional and malicious that community it might be, it still offers a sense of “belonging to a group”, something that every human is hardwired to seek out and to value. We are social animals and since the day we’re born we know that our survival depends on being accepted by a tribe.

It is indeed a huge leap of faith: to go at it alone, to purposefully detach and isolate oneself, in search of a “better” group – one that embraces the same values, principles and morals. At the beginning of the journey, nobody knows when and even if they will find their new “tribe”. Doubts and regrets test the resolve of even the strongest and most determined amongst us. The whole endeavor of reclaiming and defending one’s independence can start to look like a pointless exercise, like a pre-doomed, quixotic undertaking, fit for children and rebellious teenagers.

However, there is a stage after that, and quite regrettably, most people don’t ever get to experience it: after overcoming fear and doubt, there is a precious adventure to be had, a path of discovery inwardly and outwardly, many surprises, twists and turns and countless valuable lessons learned along the way. This, in my humble opinion, is the true prize: the journey, not the destination.

That being said, I can understand why most people would focus on the destination – this is the entire purpose, after all, is it not? Well, as is so often the case with any new journey, that “final stop” seldom looks like what one had imagined in the beginning. For liberty-loving individuals, there are historical examples of communities and social structures that most of us would find appealing and there are also contemporary ones too. But most importantly, there is the possibility to make one’s own blueprint, if what has or does exist does not seem adequate, and look for people who agree with and want to contribute to growing that vision. The only necessary prerequisite is that each of us understands that one man or woman alone cannot design, predetermine and dictate the choices of others. Not only is that unethical, it also doesn’t work, never did and never will.

Or, as Mises himself put it

Moreover, the mind of one man alone—be it ever so cunning, is too weak to grasp the importance of any single one among the countlessly many goods of a higher order. No single man can ever master all the possibilities of production, innumerable as they are, as to be in a position to make straightway evident judgments of value without the aid of some system of computation. The distribution among a number of individuals of administrative control over economic goods in a community of men who take part in the labor of producing them, and who are economically interested in them, entails a kind of intellectual division of labor, which would not be possible without some system of calculating production and without economy.

Main Image ‘Destroy Your Illusions’ by Mear One

Claudio Grass is a Mises Ambassador and an independent precious metals advisor based out of Switzerland. His Austrian approach helps his clients find tailor-made solutions to store their physical precious metals under Swiss law. ClaudioGrass.ch.