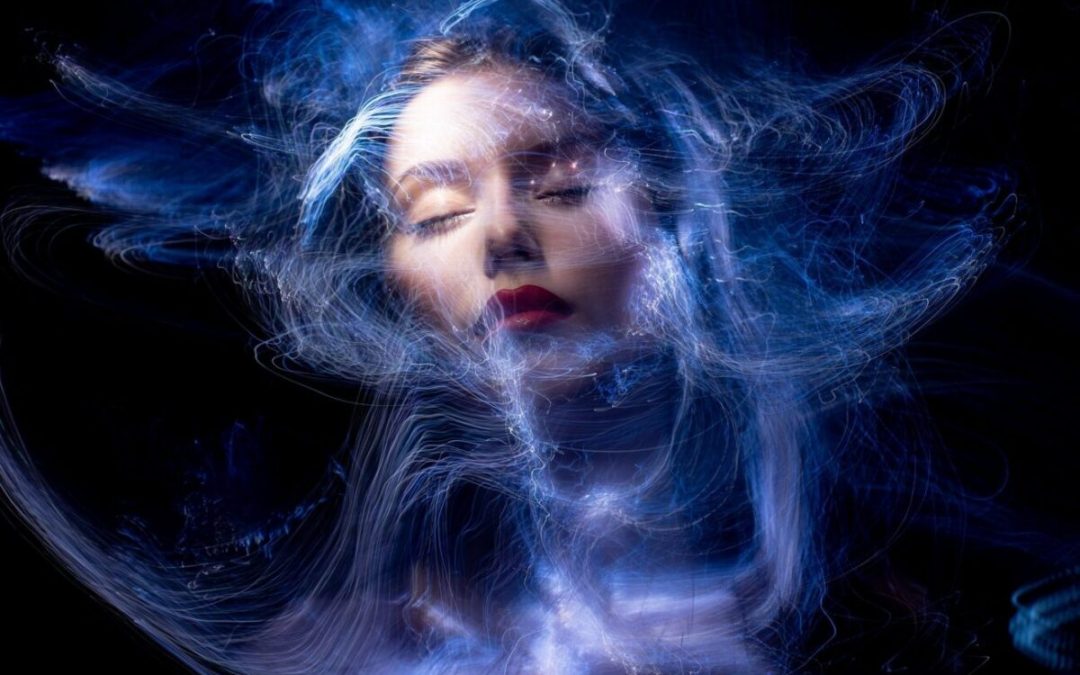 This is a universe of appearances all of which are relative. – Walter Russell, The Universal One

A “simulated reality,” is not an oxymoron. Reality reflects a world of appearances and disappearances.

From TV to movies, to computer and video games, to deep neural networks, to the beginning of frictionless shopping with QR codes, Deep Fakes are Deep Reality. Deep Reality is “human potential in Virtual Reality.”

Keeping pace with the changes?

With the Deep Reality Display, the virtual meets the real: both appear simultaneously at the same distance and become one. – WayRay

Deep Fakes are synthesized human images, powered by audio image and video, using neural networks. They represent the synthesis of deep learning and machine learning, under an umbrella of Artificial Intelligence.

It is now impossible to distinguish between a synthesized image and a real one. According to a February, 2022 study by researchers at the University of Texas, “AI-synthesized faces are indistinguishable from real faces and more trustworthy.”

I don’t know about that picture. I don’t know who I am. – Jason Bourne The Bourne Identity, 2002

If an image is a projection of something else, then is the image real or a simulation? What is “real?”

The Nature of Reality

A Deep Fake reality promotes human convergence with Artificial Intelligence in a simulated MetaVerse. Conceptually, the MetaVerse is a world of digital deception, a place where minds are connected to an electrical neural network for the purpose of a Transhuman Memory Reset designed to exploit and convert the human condition.

This Great Reset is more than a marketing slogan by the World Economic Forum. According to economist Martin Armstrong, the Post-Corona Era marks the beginning of “Communism 3.o.” in a new social contract.  The contract involves a blockchain of digital Cryptocurrency connected to vaccines, microchips, and the crypt, as a way to alter DNA and control minds. No privacy. No autonomy. No freedom. To move into the MetaVerse is to move out of the Universe of Light.

“Special effects” are not all that special, anymore. If you can believe in a coronavirus “crisis” then anything is possible. In a world where people can purchase sexbots to replace a human connection, many have already adapted to the MetaVerse Reality. The mind has consented and conformed. Before you can say “Siri, play me some Mozart,” Siri’s voice has been replaced with a new more gender-neutral voice. If you can imagine the next digital innovation, it is here, yesterday. Recall the antiquated Green Screen?

Yesterday’s Green Screen is today’s Industrial Light and Magic (ILM) technology so that the viewer can be transported to whole, new, non-existent worlds from the comfort of an ez chair. A Deep Fake Reality illustrates a separation from the Universe of Light that belongs to humans, to a new type of global Matrix with the ‘Internet of Things’ and 5G technology, run by A.I.

Likewise, the Universe of Light is a world of illusion. A simulated world is not a bad thing or a good thing. It simply IS.  Truth is simple. For instance, the SARS-Cov-2 virus is an in silico virus. The phrase, in silico means computer simulation. Virtual Reality. Fabricated. Theoretical. Fiction. Make believe. Imaginary. For instance, just because the mainstream media reports that there is a war in the Ukraine does not mean there is one.  In this world of CGI, false flags, and crisis actors, you be the judge.

If humans live in a deep space, Star Trek-like Holodeck on Earth, then there is still a choice in how to live. Do you agree to a Hive-Mind, dark-based MetaVerse or a Sound Mind, light-based Universe? The choice, as always, is yours, but only in the Universe of Light. In order to make an informed-choice on which path to take, the difference between worlds must be well understood prior to the reset.

How does the Universe of Light work? 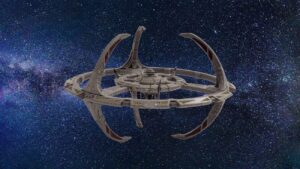 Science has no answer. Science is still searching for the primordial life principle in matter, as if the artist can be found in the pigment of her painting. Through the lens of Science, there is no room for a Creator. Therefore, a Cause is never identified. Except for the Big Bang narrative, that allegedly created everything since time began, there is no deep investigation into a Cause. But curious minds want to know, what caused the Big Bang?

To shed some Light on the matter, it is time to reintroduce polymath, Walter Russell (May 19, 1871 – May 19, 1963), sculptor, natural philosopher, musician, author, builder, and author. Russell was not afraid to question the status quo on Creation. In his book, The Universal One. Book I, Chapter I, he writes:

This is a “creating” universe not a “created” one.

The poem, The Divine Iliad, is featured in another book by Walter Russell The Secret of Light.

All things are My image, but they are not me, e’en though I am in them and they in Me. – The Divine Iliad 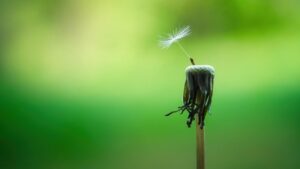 Inspired mystics, poets, Aboriginal Peoples, Astrologers, polymaths, and ancient scholars all attempted to describe the universe in simple terms, as a playground of illusion.

But “simple” did not sell.

For instance, Astrologists describe Creation through Astrology, where Astral means “Light” and Logos, in Greek, means “Word.” In accepting that God is Light, Astrology literally means, The Word of God.

In his book, A New Concept Of The Universe, Walter Russell describes Creation as Mind-knowing (Cause) and Mind-thinking (Effect), as endless cycles in Nature.

God’s sole “occupation” is the building of moving body forms to simulate His One Idea of CAUSE and EFFECT which Creation is.

All CAUSE lies within the unconditioned, balanced, magnetic Light of Mind-knowing.

Scientists should think cyclically and not objectively. This is not an objective universe. It is cyclic. Objectivity is but one stage of a cycle which is forever moving through many stages between the appearance and disappearance of what the senses interpret as objective. –

Scientists should not think of sequential effects only, but should also think of the simultaneous workings of all two-way expressions.

This is how Nature works. 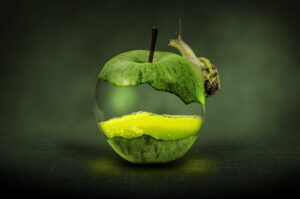 A Reality of Cycles and Motion

From A New Concept Of The Universe:

God’s universe consists solely of vibrating waves of two-way interchanging motion. Every effect in Nature is included in that simplicity.

Mankind must henceforth learn to look upon matter as a transient motion-picture record of the idea which it simulates. For that is what it really is–a Cosmic cinema thrown upon the majestic screen of space. 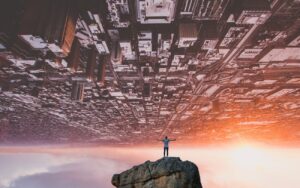 Among the Seven Universal Laws, is Law Number 1: The Law of Mentalism: All is Mind. The universe is mental. Russell writes:

Motion, itself, is controlled by the mind of the Creator, who uses it to express His desire for simulating idea of Mind by giving it a form body. There is no other purpose of motion.

Until man learns that he is Mind he will be ‘the slave of the illusions of Mind, instead of which he may be their master and a “creator” of these illusions. – The Universal One

Once a MetaVerse Reality is chosen, people’s thoughts are no longer their own. They abandon a Cause and Effect creative universe for the world of A.I. and Technocracy. They replace sentience for The Borg.

We are the Borg. Lower your shields and surrender your ships.
We will add your biological and technological distinctiveness to our own.
Your culture will adapt to service us.
Resistance is futile. – The Borg, Star Trek 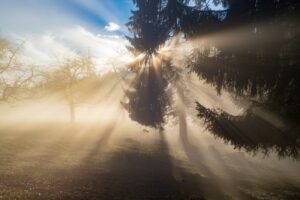 In  A New Concept of the Universe. the divided universe of motion originates from Undivided Light.

God is the Light of Mind. God’s thinking Mind is all there is. Mind is universal. Mind of God and Mind of man are ONE.

In that Light there is no change, no variance of condition, no form, and no motion.  It is the Zero universe of REALITY. In it are all of the Mind qualities of knowledge, inspiration, power, love, truth, balance, and law, which are never created but are simulated in moving quantities and the divided universe of moving waves which we call matter.

The age of transmutation of the elements by man begins when he has full knowledge of the manner in which Nature transmutes one element into another. – Walter Russell, A New Concept of the Universe

In A New Concept of the Universe:

Sense of observation has led to the erroneous conclusion that there are 92 different substances of matter. This universe is substance-less. It consists of motion only. Motion stimulates substance by the control of its opposing wave pressures of motion which deceive the senses.

Reality is a beautiful illusion. In his book, The Universal One: 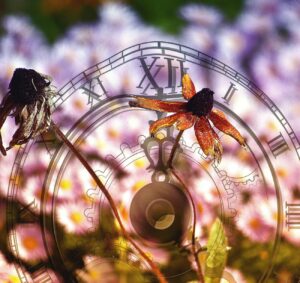 States of motion-in-opposition cause the appearance of change from the state of motion-in-non-opposition or inertia, into the appearance of separability into parts. This results in such effects of motion as heat, cold, color, form, sex, growth, valence, ionization, mass, gravity, radiation and many others.
These effects are not a change of substance nor do they divide, alter or separate the One substance of Mind. They are but dimensions.
All effects have the appearance of dimension; they are in themselves but dimensions of that which they appear to be.
The cause of all effects is dimensionless.
Cause is existent.
Effect is an illusion of existence. It but appears to exist.
Change of state appears to change the character of the One substance, but appearances have no existence.

“Appearances have no existence.”

Let There Be Light 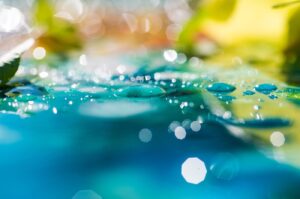 From The Universal One:

God is thinking Mind.
The substance, or body, of God is light.
Man’s concept of the sublime Being as the Creator of a material universe different in substance from the spiritual universe is a misconcept.

The Forward by Walter Russell in The Secret of Light:

Jesus said, GOD IS LIGHT,” and no man of that day knew what he meant. The day is now here when all men must know what Jesus meant when He said, “GOD IS LIGHT”. For within the secret of Light is vast knowledge yet unrevealed to man. Light is all there is; it is all we have to deal with, but we do not yet know what it is. The purpose of this message is to tell what it is.

To transmute a Deep Fake reality is to understand that the MetaVerse is a budding off from the Light Universe. The Bible teaches that Those with eyes to see are able to turn from darkness to light. But, if the eyes see only projections in a thought-wave universe, then how do they know the difference? The book, “The Little Prince,” by St. Exupery, goes deeper:

It is only with the heart that one can see rightly, what is essential is invisible to the eye.

In this Universe of Light, people must realize the limits of the senses to avoid being a ‘slave to the illusions of Mind.’ Caution must also be taken before agreeing to a synthetic A.I. MetaVerse. To choose Light is to choose the balanced unity of Nature over a Deep Fake existence.

Be assimilated or Be The Light.