What I Learned About Political Correctness While Growing Up 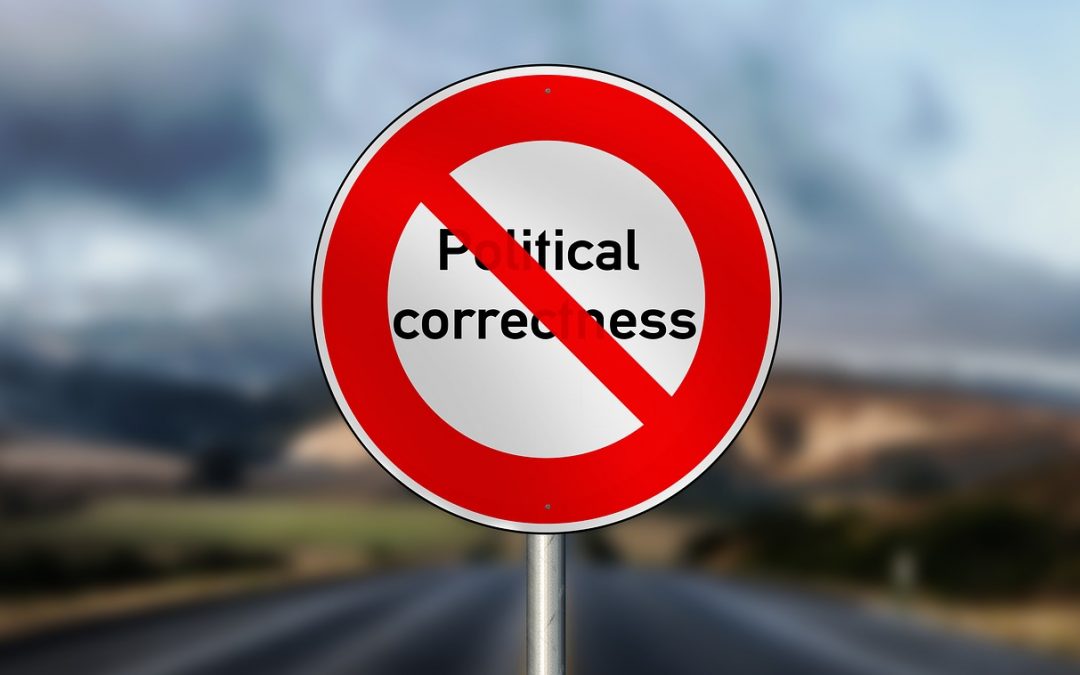 What I Learned About Political Correctness While Growing Up

I attended a private Catholic grammar school run by nuns, along with my brother — one year older than I — and subsequently my other siblings. My brother and I both walked the few blocks to school every day, ensuring we arrived well before the late bell each morning to report in, to our classrooms. Each of the eight classes consisted of 100 students, split into two sections of 50, and each classroom of 50 was presided over by an assigned home room nun. By eighth grade, having shared eight years of academic, social and religious lives with my fellow students, we knew each other well and in many ways almost considered ourselves a family. Having finally become an “eighth grader”, I remembered entering school in first grade, and thinking of the eighth graders like they were gods. That perspective, now eight years later, produced a wry smile.

Class participation was encouraged in each class by the homeroom nun who did most of the teaching and was in charge of that class section. Readings and lessons involved open class discussions of the material, whether mathematics, religion, art, geography or science, and anyone who did not voluntarily participate was called upon by the teacher. During class participation, a student wishing to ask a question, or answer one asked by the teacher, would follow the protocol of raising their hand to be recognized by the teacher and being granted permission to speak. Anyone speaking out of turn while class was in session, or likewise speaking among themselves, was called out by the teacher. At such times, typically, the teacher would ask such students to explain to the rest of the class what it was they were talking about that was important enough to disrupt the class. Needless to say, this kept such behavior to a minimum.

Strict discipline was maintained at all times, and immediate and public discipline meted out for any transgressions. Woe to those who merited being sent to the Principal’s office, where they would be seated while the Principal called their parents to report and discuss the student’s transgression. Parents who chose to send their children to that school were parents who actively enforced disciplinary action called for by the nuns.

But in general, in each of the two 50-student sections of each grade, there was much competition. Being one of the better students held a prestige that was hotly contested among those students, and looking back, it seems the nuns helped to create and use that dynamic in order to encourage top performance. By eighth grade, that prestige had been formalized into a doubly issued award — one for the best boy student and one for the best girl student, based on grade point averages. This top student award was issued on the day of graduation, during the formal graduation ceremony that was held in the large church. The year prior, my own brother had earned that award for the boys, and I was determined to earn the one for the girls this year of my own graduation.

Report cards — generated by the nuns twice a year and mailed to all parents — were of the utmost importance and were tracked by us students for receipt by our parents. In my own class, while there were any number of very good girl students and competition was stiff, I worked hard to earn top standing. Despite the competition, by the time graduation day approached, it was clear that the only two real front runners for the coveted award were either myself or my friend, Rosemary, for the girls. And so, when the final report cards were delivered, Rosemary and I sat down together and calculated our respective grade point averages. As I had hoped, and had worked so hard for, we discovered that my grade point average was 1.5 grade points above Rosemary’s. But being friends, upon determining this, she congratulated me, and I likewise acknowledged that it had been a challenge and exciting to compete with her.

And so, one week later, as the formal graduation program took place in the large and full-to-capacity church, with parents, friends and officials presiding, the excitement was palpable. For the course of the program, I waited nervously for the announcement of the awards, to be called up to the front of the church to receive my hard-won award. When the time came, the boys’ award was first announced, and I was delighted to hear another friend’s name, Arthur, called. He had been a transfer student the year before, and inspired by my brother’s award, I had told Arthur about it and encouraged him to set his cap for it for our own graduation year.

I was therefore happily still smiling at his achievement, as he walked back to his place after accepting the award, when I heard Rosemary’s name called. I remember the smile freezing on my face, as I dealt with the shock of hearing Rosemary’s name called, instead of mine. I remember her turning to me, also in shock, clearly also not understanding how this could be, and having to be called a second time. She shook her head at me as she walked up to the front of the church, knowing the award had actually been earned by me, and by a very respectable margin. I remember sitting there, with a thundering in my ears, feeling sick to my stomach and feverishly hot, in utter outrage and confusion. I knew, without a doubt in my mind, that what belonged to me and had been so hard earned was being very publicly taken away from me. I watched as Rosemary, herself, walked back to her seat, stunned, as the church was filled with applause that we both knew belonged to me.

Somehow, almost robotically, I sat through the rest of the ceremony, until the time came for us to march out the back of the church, boys and girls each in their respective lines, to join our waiting families. I remember Rosemary breaking away, as well, to come up to me and apologize for what neither of us understood, for which I thanked her, knowing it had nothing to do with her, and must be a big mistake.

I therefore hurried to my classroom to speak with my eighth grade homeroom teacher, Sister Isabel, about it. She was seated at her desk, going over some papers, and I recall how she looked up, both surprised and shocked to see me walk through the door and head for her desk. I remember so clearly the look of poorly constrained shock, and something else, on her face, as I walked up and announced that there had been a big mistake made, and that she needed to recalculate both Rosemary’s and my grade point averages in order to confirm and then correct the mistake of having conferred the top award to Rosemary instead of me. I even mentioned that Rosemary and I had, ahead of time, done the calculations ourselves, and both knew a mistake had been made, which I noted elicited another unidentifiable expression on her face. I could see her gather herself and announce to me that there was no mistake and nothing could be done. Even in my shocked state, it registered on me that there was an implied internal inconsistency in that pair of statements: why would there be a need to assert that nothing could be done, as that was totally irrelevant if, indeed, there had been no mistake? But at that point, it was clear to me that nothing would be done, and I left, bearing a scar on my soul that produced in me an unrelenting desire for truth and justice in life. I did not wish, ever, to be the cause for another to feel what I was feeling.

It was later that I was to learn that the nuns knew full well that I had earned that top award, but that since my brother had earned the comparable award for the boys the year before, they did not want there to be any chance that they would be accused of favoritism because the next year the award was granted to me. The nuns — who I had been taught were spiritual and honorable and to be trusted — were more concerned about being politically correct — even though the facts would have borne out their awarding me what I had earned, fair and square — than being spiritual and honorable and trustworthy. And I then understood those subtle expressions on Sister Isabel’s face.

It was on that day, at 14 years of age, that I looked into the ugly and malevolent face of political correctness, and learned that I will take integrity over political correctness, no contest, any day. So, my passionate objection to the special privileges that “political correctness” claims, has everything to do with fairness and honor, and nothing to do with wanting to participate in unfairness to others in order to secure a personal agenda or protect myself at the expense of another. I believe that what is best for humanity begins with the superior character of individuals. Life is often not fair — there is no arguing that fact — but if we, as individuals and a society, deal with that fact in a way that demeans and erodes the best in us, then we have no one to blame but ourselves and our chosen weakness for failing to achieve the superiority of self that we are all here to achieve. Life is not about what is convenient or easy or strokes our treacherous egos, but about spiritual growth and Integrity in the face of our life’s challenges. And just as this eighth grade incident has reverberated within me all of my life since, the implications and repercussions for society and humanity in choosing political correctness over personal integrity, will incur a high price.

Marcela Cruz has always been moved to seek out the truth in all things, a dedication made easier since the launch of the internet, combined with critical thinking and intuitive guidance. She grew up in a family of eight siblings in Southern California, graduated from USC, and has worked in diverse fields of medicine, law, public relations, a non-banking financial institution, and organic farming.  An omnivorous lover of life, her interests range from from poetry/literature and science, to politics/geopolitics, archaeology, spirituality, health and art. She can be contacted at marcela.cruz@mailfence.com