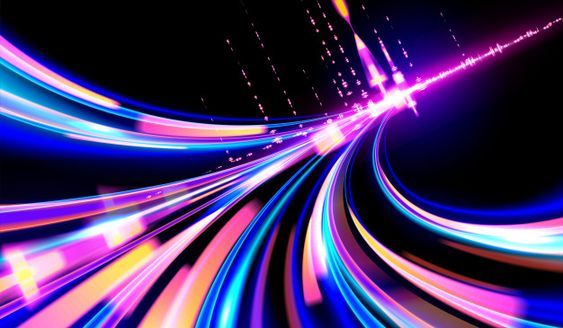 Metabolism and learning are two subjects that you don’t hear in the same sentence nigh ever, or even the same discussion.  They’re kind of like the words Undersea Base and Archeology, you never hear those words together either.

The vanguard point is that just because certain words or ideas are almost never thought of in the same realm, does not mean that those words or concepts cannot be coupled at any given moment and explored for the inherent potential and implications therein.  And concurrent with that, whatever those ideas may be and whatever significance they might hold, the exploration of those ideas holds the potential of shifting your learning metabolism into high gear, allowing you to venture deeper into any abstruse field that interests you.

Just as so, coupling concepts creates a genuine template for exploration, setting the proverbial bearing for the intellectual venture of your choosing, which aids in understanding that which you are passionate about.  More importantly, this holds seriously exponential resonance that takes place after the ideas are junctioned and acted upon accordingly, therein maintaining your learning metabolism engaged on a stable frequency in parallel to that, all the while often providing puzzle pieces, or, potential ideas that may aid others in their own personal journeys as well.[1]

For instance, in 1998, engineer, programmer, toolmaker and researcher, Christopher Dunn, published a very groundbreaking and thought provoking book called, The Giza Power Plant – T he Technologies of Ancient Egypt, where he reverse engineered the components of The Great Pyramid of Giza and came to the conclusion that this pyramidal structure was a power plant, a very ancient one.  Dunn came about this conclusion not only due to the construction properties of the structure, but also the harmonic resonance that this structure can create and how those energies can be converted.

“What does Dunn’s research have to do with a high learning metabolism?” is an immediate and very reasonable query someone might ask.  I would contend that one of the simplest, if not the simplest way, for an individual to shift into a high learning metabolism is for that person to follow what they are passionate about.  In other words, do you what you Love.  This isn’t anything new, but has serious ramifications not only for how fast individuals can learn, but also for how much of an extended period a time that person can learn at a high rate as well.

On that same track, for Dunn to have researched the properties of The Great Pyramid and its inherent complexities for over two decades on his own time, he would have to have been passionate about it, extremely passionate in fact, thus, arguably having had his learning metabolism stay high not just for weeks, months, or even years, but for over 20 years.  That’s the type of commitment that is not only rare, but foundational in creating the deepest understanding into the most complicated subjects that life holds.

Following what you are passionate about is the simplest way to engage your learning metabolism to its fullest extent.  And knowing the inherent complexities that alternative research fields can have, even now, I can’t imagine that it would have been simple for Dunn to have found support in researching, yet alone writing a book that not only challenges the foundation of what Pyramids are, but also calls into question official history from a kaleidoscope of angles, official archaeology, and many other subjects as well.

And all of that stems from the resonance that was created by Dunn’s actions, simply in seeking truth, a deeper understanding of one subject, and yet his passion caused ripples amidst the field of life.  This consideration anchors even greater importance of how important passion is to learning, even if what you are researching is merely theoretical.

It takes serious outside-of-the-stratosphere type of imagination to even consider, yet alone research subjects that other people wouldn’t look into because it’s “impossible”, and yet, Dunn, not only saw it as feasible, which in and of itself is the foundation of research and development, but was willing to pursue it where it led.  Moreover, Dunn not only backed it simply with theory, but with serious scholastic level research considering what was available at the time, which was much less than is available now.

Following Dunn’s trajectory and not too long thereafter, Oxford-educated researcher Dr. Joseph P. Farrell, essentially extended Dunn’s hypothesis with ample data and research of his own, and in his brilliant trilogy of books titled, The Giza Death Star, The Giza Death Star Deployed, and The Giza Death Star Destroyed, argued that the Giza Pyramid complex was a military weapon that operated using scalar physics, whose technological sophistication cannot be overstated in any true sense of the word.  And I would argue that Dr. Farrell was doing what he loved, which was why he can often steamroll through many books in a year and do it with academic level precision that is seriously noteworthy.

Ultimately, when you follow your passions, wherever those may lead, your learning metabolism will be high by default.  But when you steer away from what you Love and/or enjoy to a significant extent, learning becomes a drag.  That is only one part, though certainly not the only reason, why Public Schooling fails, because people don’t learn about what they wish to learn until much later, if ever, and by that age curiosity has been all but stripped, and imagination has been eviscerated all to the point that even discussing serious subjects isn’t a consideration because there’s no passion, and thus, no drive.  And no matter how much intrigue and veracity a subject might feature, if another person isn’t interested yet alone passionate about it, they will not look into it, and certainly never become passionate about it ever.

It doesn’t have to be like that though.  Each of you has your own passions, and if you are to shift your learning metabolism into high gear, find out what matters to you.  Most individuals already know, or at least know where to begin on that path.   Even so, I would also urge individuals to venture into those things you locked away long ago, that you never looked into for x, y, or z reason, but it’s been nagging at the back of your mind for seemingly ages.  These days, you would be surprised what kind of books have been written on subjects from all manner of perspectives, and some of them with enough weight to follow up on a lifetime of research.  And that’s just one book, and/or one subject.  The possibilities are endless.

If there is a particular subject you are truly fascinated about, go for it.  Odds are, you will find something so incredibly thought provoking, that your life will never be the same, and I don’t mean that in the lose sense of the statement.

This is because when you begin running into that subject, or confluence of subjects, even when you’re not looking into it, you’ll begin seeing things from a much broader perspective, which will also infuse you with another pipeline of energy, another cylinder that operates in your learning metabolism system, all of which aid you in understanding, or at least theorizing, about what truly matters to you and how that can affect your life in a positive way.

Shifting your learning metabolism into high gear certainly doesn’t have to be as complicated as Pyramids, it can be as simple as you wish, or as complex as need be. But whatever you do choose should be something you are passionate about, because that way there will be no limit to what you will learn from it.

And that’s exactly how learning should be, limitless.

[1] The aforementioned stems from one of Catherine Austin Fitts’ podcasts at Solari.com wherein she talked about the learning metabolism of individuals and so on.  This part of the discussion she was focusing on though short, was so critical that it stuck with me for months because the learning metabolism of individuals is a concept that rarely ever gets pondered, yet has serious ramifications for what we learn, how we choose to live, who we associate with, and everything else in life as well so please don’t take it lightly.

How A Generation Lost Its Common Culture by Patrick Deneen

A Breakaway Civilization – What It Is, And What It Means For Us by Richard Dolan

The True Purpose Of Modern Schooling

How A Generation Lost Its Common Culture

Dumbing Us Down by John Taylor Gatto

How To Read A Book by Mortimer J. Adler & Charles Van Doren

Philosophy 101 by Socrates – An Introduction To Phylosophy Via Plato’s Apology By Peter Kreeft Ph.D.

What Is An Elite Curriculum?

How To Read A Book by Mortimer J. Adler & Charles Van Doren

A Different Kind Of Teacher by John Taylor Gatto

The Imaginative Argument – A Practical Manifesto For Writers By Frank L. Cioffi

Why Read The Classics?

Drilling Through The Core by Sandra Stotski & Contributors