When Scientific Minds Abandon Scientific Principles: The Mystery Behind Why My Grandfather Refused to Talk About Dinosaurs 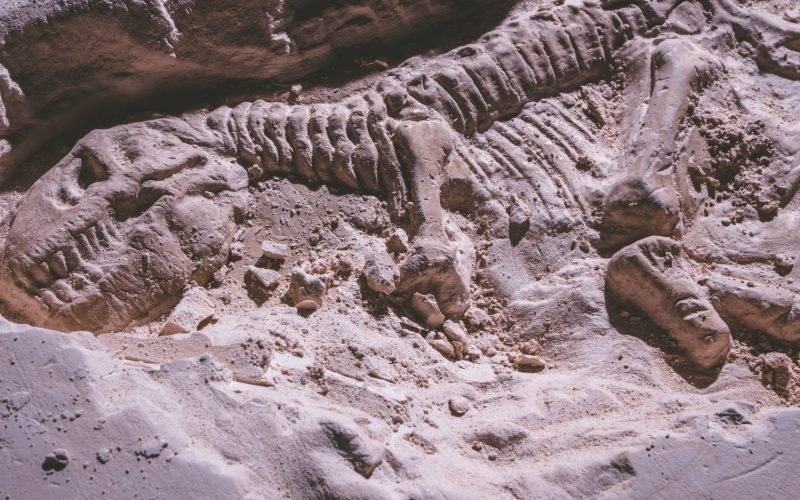 When Scientific Minds Abandon Scientific Principles: The Mystery Behind Why My Grandfather Refused to Talk About Dinosaurs

When I was a kid, my grandfather used to fascinate me with stories about all the most wonderous discoveries that were pushing the boundaries of knowledge. He talked about space and time and evolution and the Big Bang and even Einstein’s theory of general relativity.

Through his stories he introduced me to the scientific way of approaching questions and offered me a peek into another world, which was totally different from the practical day-to-day routine on my parent’s farm. Those conversations undoubtedly led to my decision to study geology, which is all about unravelling the history of life, the universe, and how we (along with our little blue planet) got here.

And yet, despite his willingness to approach nearly any other mystery with all the curiosity and discipline demanded by science, there was one topic that he categorically refused to discuss. For my grandfather, who grew up during the first decades of the 1900s, dinosaurs were a bridge too far. Talking to him about dinosaurs was like trying to debate a brick wall.He never told me why. Maybe he didn’t know enough about them to say anything coherent, didn’t want to embarrass himself, and wasn’t curious enough to read up about them. Maybe he thought they were a publicity stunt to get kids interested in science. Or maybe he thought they were just a conspiracy theory, yesterday’s fake news. All I know is that he didn’t want to hear about them, much less talk about them, and there was nothing I could do or say to change his mind. And sadly, I never did get a chance to see him come face to face with a full-sized dinosaur skeleton in a museum.

Those conversations with my grandfather so many decades ago represent both the best and the worst of science. He succeeded in communicating complex concepts and awe-inspiring knowledge about the origins of our universe in language that a young boy could understand. But by challenging me to dig into the evidence myself and by framing our conversations as debates, he also succeeded in transmitting the principles that make science function as a tool to answer questions, which is a lesson far more valuable than all the knowledge that has been uncovered by science over the centuries. And yet, by turning down any debate about dinosaurs, he was committing the very same sin against science that all his other lessons seem to have been designed to prevent.

The burden of proof in science doesn’t end just because someone has finished taking measurements, made their last observations, accumulated mountains of evidence, and published a brilliant peer-reviewed paper. In a broader sense (as my grandfather demonstrated on every topic except dinosaurs), the burden of proof also includes the responsibility to find the right words to be able to take others along on that journey of discovery, whether that discovery was made yesterday or centuries ago. It is about finding ways to make evidence accessible to others, giving them the freedom to make up their own minds, and perhaps most importantly of all, giving them a fair hearing if they don’t come to the same conclusions that you do.

Science is the exact opposite of memorization and acceptance of facts – something that’s often forgotten because of the illusion created by high school science tests. Science is a way of asking questions, a set of principles to guide our thinking, a way of testing and retesting evidence, and a way of stimulating new questions that might someday expand the frontiers of knowledge or overturn establishment beliefs. In this process, debate with honest critics is just as important as the initial hard work done by the trailblazing researcher. Science cannot function without debate. It is the gauntlet that forces accountability from established players. It is the process that sorts truth from falsehoods and exposes weaknesses in theories. And it is the sport that trains new scientific minds while keeping old minds from stagnating into dogma.

And yet, for some unknown reason, on the topic of dinosaurs my grandfather refused to come to the arena and engage in the sport of debate.

But any suggestion that the debate itself is unnecessary is inexcusable.

The greatest enemies of science are scientists who refuse to debate their critics, and the scientists and politicians who use politics to stifle debate. “The science is settled,” they often say as they wave their credentials in your face or make reference to consensus. Of all the crimes against science, the worst is this phrase and these two anti-scientific arguments used to legitimize it. These chilling words extinguish the habit of independent thinking, they teach new generations that some questions are off limits, they tell others that careers and funding may depend on alignment with establishment views, they allow scoundrels to silence their critics, and they elevate scientific knowledge to the realm of faith, exempt from the burden of proof. This contemptible phrase, and the two anti-scientific arguments used to legitimize it, turn the discipline of science into a political exercise, empowering those spouting politically correct proclamations to function as a sort of Ministry of Truth with the power to tell others how to think and what to believe.

And so, thinking back, I’m left to wonder whether my grandfather’s refusal to talk about dinosaurs revealed a terrible flaw buried deep in his character. Or maybe it was just part of his plan. Because, you see, he never actually came out and told me dinosaurs didn’t exist. And he never told me not to look. He just refused to talk about them. And nothing stimulates curiosity more than the suggestion that there is nothing worth seeing behind a closed door.

So perhaps my grandfather’s most important lesson about science was the power of an unanswered question.

Perhaps his most important message was that, when someone implies that there’s nothing to see, that’s when it’s especially worthwhile to begin digging.

And perhaps his greatest gift was my never-ending struggle to unravel the glaring contradiction between his willingness to explore the boundaries of the universe coupled with his refusal to discuss the fossilized monsters trapped in the rocks beneath our feet.

I miss him terribly. But as long as I’m still struggling to answer this nagging unanswered question about his character, the lessons keep on coming and our conversations are not truly over.