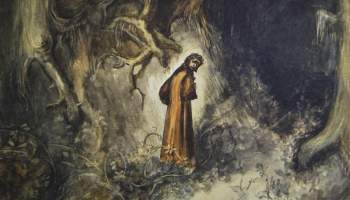 “Condition for being a hero. If a man wants to become a hero, the snake must first become a dragon: otherwise he is lacking his proper enemy.”

Nietzsche, Human, all too Human

Our age has been called many things, but an age of cowards may best describe it given the immense fear, anxiety and helplessness that most people display in the face of even trivial threats. We are not a generation that moves forward into the uncertain future in a bold and heroic manner, instead most people fear the future and prefer safety, comfort, and ease of life, to risk-taking, experimentation and freedom. Or as the 21st century sociologist Frank Furedi writes:

“Young people are socialized to feel fragile and overawed by uncertainty [and as a result]. . .the defining feature of the current Western 21st century version of personhood is its vulnerability. Although society still upholds the ideal of self-determination and autonomy, the values associated with them are increasingly overridden by a message that stresses the quality of human weakness. And if vulnerability is, indeed, the defining feature of the human condition, it follows that being fearful is the normal state. . .”

Overawed by uncertainty, fearing the future, conceptualizing oneself as vulnerable, weak, and fragile is not a recipe for individual or social flourishing. Rather this way of life promotes mental illness and paves the way for authoritarian rule and so, as we will explore in this video, the world would benefit if more people were willing to live just a little more dangerously. For danger, when a by-product of pursuing worthwhile goals or in defence of values like freedom, justice or peace, is life-promoting and as the Roman historian Tacitus put it “the desire for safety stands against every great and noble enterprise”.

Not all societies, however, have ranked safety as high on the scale of values as does the modern West. Many flourishing societies of the past considered safety to be a secondary value and showed a remarkable capacity to take risks in the face of an uncertain future and to display courage and bravery in the presence of danger.

“Historically some of the most prosperous societies – Ancient Athens, Renaissance Italy, nineteenth-century Britain – were among those that were most oriented towards experimentation and the taking of risks.” (How Fear Works)

In taking the opposite approach and in showing a strong preference for safety over risk-taking the unfolding of the human potential is not actualized, but stunted. For to develop on an individual level, and to advance as a species, exploration of the unknown and experimentation with novel ways of interacting with the world is a necessity and this entails taking risks and confronting danger. But such is a price that must be paid as the alternative is to stagnate in the confines of an ever-shrinking comfort zone, to regress in body and mind, and to fall victim to anxiety disorders, depression or other diseases of despair.

A further flaw with an approach to the future that strongly favours the safe road is that it creates fertile ground for tyrannical, or even totalitarian rule, for as Alexander Hamilton famously stated: “to be more safe they at length become willing to run the risk of being less free”. When a society elevates safety to the position of a first-order value, freedom is by necessity demoted to the position of a second-order value which can be trampled on by those in power who, throughout history, have disguised tyrannical intentions with claims of wanting to make a society safer. What makes matters worse is if a society socializes people to be fearful of the future and overawed by uncertainty, the masses will welcome, or openly call for authority figures to protect them, or as Furedi notes:

“Relieving people of the burden of freedom in order to make them feel safe is a recurring theme in the history of authoritarianism.”

Given that a society which deifies safety is also a society ripe for tyranny, it is up to those who favour freedom to take a more heroic approach to life. For when the menacing clouds of authoritarian rule darken the horizon unless more people are willing to take risks and face danger in the service of values such as freedom, justice, peace, and social cooperation, the grip of tyrants will only solidify, or as John Stuart Mill put it:

“A man who has nothing which he is willing to fight for, nothing which he cares more about than he does about his personal safety, is a miserable creature who has no chance of being free, unless made and kept so by the exertions of better men than himself.”

As role models for the task of living more heroically we can look to the Ancient Greeks, a civilization that rightly held safety to be a secondary, not primary value, and which saw risk-taking and facing danger as morally commendable:

“Danger makes men classical, and all greatness, after all, is rooted in risk.”

Friedrich Nietzsche was also a proponent of this classical approach to life and he praised Pericles, the Athenian leader who in his famous funeral speech celebrated the Athenian’s “indifference and contempt for safety, body and life”. Contrast this to the modern world, where, to paraphrase the author Christopher Cocker, “we tend to deprive [the bold risk-takers who spur safety] of the fullness of their lives in order to support the smallness of our own.” (The Warrior Ethos) 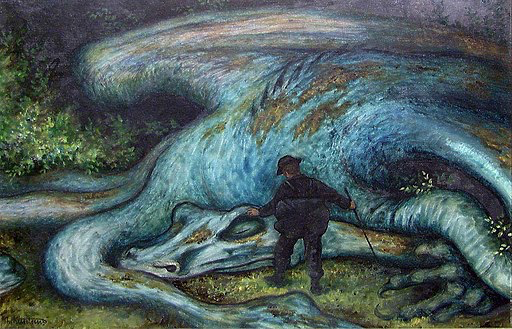 Fortunately, we don’t need to wait around for politicians to pass legislation to approve of a bolder approach to life, we just need to live in this manner. We need to look at the uncertain future not merely as a source of threats, but also of hope and opportunity, and we need to see risk-taking as justified when in defence of cherished values or in the pursuit of worthwhile goals. By demoting safety to its rightful place as a secondary value, we will cease living as a helpless pawn who must be coddled from youth to old-age by an authority figure and we will regain the ability to shape the course of our life. We will mature psychologically and become better equipped to cope with whatever the future brings, for as Nietzsche explains:

“Danger alone acquaints us with our own resources: our virtues, our armor and weapons, our spirit, and forces us to be strong. First principle: one must need to be strong – otherwise one will never become strong.”

Nietzsche, Twilight of the Idols

While taking greater risks and flirting with danger can shorten one’s life, it is helpful to remember that a long life is not necessarily a good life. A safe life, lacking real challenges and absent in adventure, is inert and leads to a withering away of body and mind into staleness, repetition, boredom and stagnation – such is not living, it is mere existing, or as the Roman stoic Seneca put it:

“…there is no reason for you to think that any man has lived long because he has grey hairs or wrinkles, he has not lived long – he has existed long.”

Seneca, On the Shortness of Life

In addition, to helping one live more fully, a courageous willingness to take risks and to flirt with danger can turn us into a great benefactor of mankind. For so long as the values that guide us, and the goals we pursue, are noble and life-promoting, courage reveals a caring attitude for the well-being of others. For unlike the coward who is concerned primarily for his or her own safety and who demands everyone else conform to his or her neurotic ways, the hero is willing to risk life and limb in the service of values that move society forward, or as Alasdair MacIntyre wrote in After Virtue: A Study in Moral Theory:

Alasdair MacIntyre, After Virtue: A Study in Moral Theory

If, therefore, we desire a fulfilling life, care for our mental health and care for the future of our society we need to act with courage and not worship at the altar of safety. We need to take risks in the service of life promoting values, and not adhere to the view that a good life is a safe life.

“For believe me! – the secret for harvesting from existence the greatest fruitfulness and the greatest enjoyment is: to live dangerously! Build your cities on the slopes of Vesuvius! Send your ships into uncharted seas!.. Soon the age will be past when you could be content to live hidden in forests like shy deer!”