Why Trickster Must Trick Itself 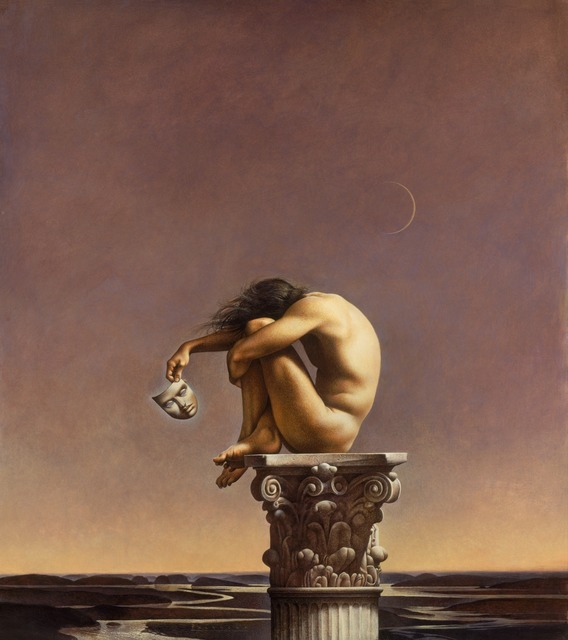 Why Trickster Must Trick Itself

“One cannot individuate as long as one is playing a role to oneself; the convictions one has about oneself are the most subtle form of persona and the most subtle obstacle against any true individuation.” ~Carl Jung

If, as Jung proposed, “persona is the most subtle obstacle against true individuation,” then it stands to reason that we need a force capable of piercing through such an obstacle. Trickster is precisely such a force.

The hero falls short because it is locked into the hero persona. Likewise with the shadow, the mentor, and the eternal youth. They are all convinced of their role. They all have conviction in their responsibility. And rightly so. The hero is needed. Likewise, the shadow, mentor, and eternal youth are needed. They all have their place. But, and here’s the rub, their place is not piercing through the subtle obstacle of persona and power. That’s the trickster’s job.

One might argue that the trickster is locked into its own persona. Not necessarily. The beauty of the trickster archetype is that it can trick itself. In fact, it is vital that it does so. Otherwise, we will always be surrounded by overly serious, self-righteous, convinced, and one-dimensional personas hung up on their particular mode of power but with no checks and balances on that power.

Trickster is a playful mask-wearer, a lighthearted shapeshifter, a nonchalant boundary crosser. Trickster can shapeshift into any archetype. Trickster can wear any mask, including the hero, shadow, mentor, and eternal youth masks, and it even makes them more powerful. Because the only thing that can get power over power is the greater power of a good sense of humor, which is what the trickster symbolically personifies. Humor is the essence of the trickster element after all.

Sometimes the only way a higher order can be discovered is by sowing a little disorder into the current order.

Trickster does this with pluck and aplomb, stealing the courage from the hero, the fierceness from the shadow, the wisdom from the mentor, the purity from the eternal youth, and then mixing all these ingredients into a soup of social leveling mechanisms, a magic elixir, a sacred medicine, a red pill that will shock the current order into a higher order. By compressing Infinity into bounded form, trickster astonishes Form itself.

One might argue that the trickster itself is a veil and that one could easily become stuck in the trickster persona. Perhaps. But the beauty of the trickster element is that it alone can pierce the veil. Other veils are merely veils. The Trickster veil is inherently piercing. Trickster must trick itself or it is not Trickster.

Free to wear all masks or none at all, the trickster is always at the middle of divergent world forces. Trickster controls and regulates the two extremes—the realm of happiness, joy, and fulfilment, as well as the realm of destruction, hopelessness, and sorrow. Trickster is the ultimate divide, but also the sacred union between opposites.

Only the trickster can trick itself out of delusion, let alone delusions of grandeur. For trickster understands that the Self is masks all the way down perceiving delusions all the way up. What does this mean? It means the Self is a shattered mirror at best, a broken record at worst. As Scott Adams surmised, “The human mind is a delusion generator, not a window to truth.”

As such, trickster stays ahead of the Finite Game of delusion by playing the Infinite Game of detached awareness. Trickster juggles masks and delusions in playful nonchalance and flashy one-upmanship. Indeed. Trickster one-ups itself (self-overcoming). It must do so lest it become stuck in the finite game of delusions. Trickster is a metaparadigm that superimposes its infinite masks over its finite delusions. Thereby tricking itself. Thereby tricking God.

As Baal Shem Tov said, “Let me fall if I must fall. The one I am becoming will catch me.” Trickster falls from one mask only to be caught by the trickster of another mask but made more aware of itself from the falling.

But trickster must reign supreme, because only trickster prevents us from going too extreme.

On the road toward individuation rigidness is the bane of healthy transformation. Wholeness cannot be attained by clinging to a tiny aspect of the whole. Where the hero clings to courage, the shadow clings to fierceness, the mentor clings to wisdom, and the eternal youth clings to innocence, only the trickster has the power to break the spell, to loosen the grip, to unfix fixed thinking. Only the trickster can slip between the clinginess of conviction and introduce the astonishing wholeness of true individuation.

It is in this sense that the title of Lewis Hyde’s famous book on trickster mythology comes into stark perspective: Trickster Makes this World.

This article (Why Trickster Must Trick Itself) was originally created and published by Self-inflicted Philosophy and is printed here under a Creative Commons license with attribution to Gary Z McGee and self-inflictedphilosophy.com. It may be re-posted freely with proper attribution, author bio, and this statement of copyright.