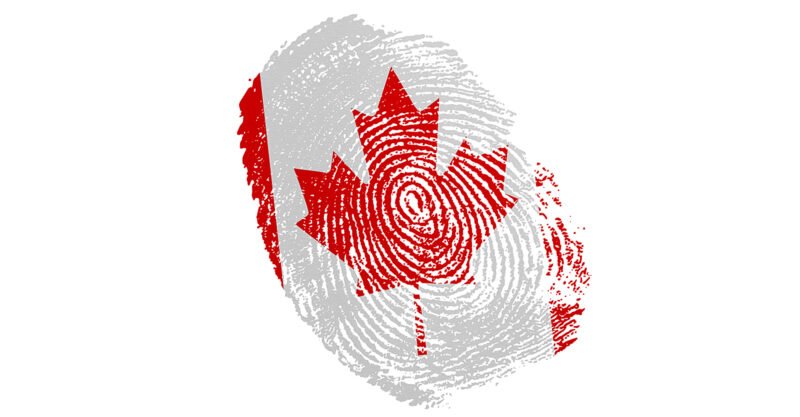 Government officials said the program is “the electronic equivalent of a recognized proof-of-identity document,” such as a driver’s license or passport, which “confirms that ‘you are who you say you are’ in a digital context.”

The Canadian government, building on a partnership with the World Economic Forum (WEF), is developing a new federal “Digital Identity Program.”

The aim of the new initiative is to develop a digital proof-of-identity document, which could be used across different systems and environments ranging from government services to airports and border control, according to Slay News.

According to the report, the “Digital Identity Program” is part of Priority 2.2 of Canada’s “Digital Ambition,” which seeks to “build and use common solutions for digital service delivery.”

“Our next step in enabling digital government is adopting a ‘government as a platform’ service delivery model,” the report states. The federal Digital Identity Program is the “next step in making services more convenient to access.”

Officials said the program is “the electronic equivalent of a recognized proof-of-identity document,” such as a driver’s license or passport, which “confirms that ‘you are who you say you are’ in a digital context.”

According to the report, “The COVID-19 pandemic highlighted the need for government services to be accessible and flexible in the digital age.”

However, Canada’s partnership with the WEF began prior to the pandemic. Under Canadian Prime Minister Justin Trudeau, a member of the WEF’s Young Global Leaders program, Canada has since 2018 participated in the “Known Traveler Digital Identity” (KTDI) program, the WEF’s pilot program to develop a digital ID.

The WEF described KTDI as “the first global collaboration of its kind” that “brings together a global consortium of individuals, governments, authorities, and the travel industry to enhance security in world travel.”

Canadian government officials in 2018 stated the aim of the KTDI initiative was “to test emerging digital technologies and how they can improve security and the seamless flow of legitimate air travellers,” in light of an expected increase in air travelers globally from 1.2 to 1.8 billion by 2030.

2030 is the target year of the United Nations’ “Agenda 2030” and its “Sustainable Development Goals,” or SDGs.

The WEF characterized the KTDI program as “the disruptive innovation the global travel security ecosystem needs,” and as a “paradigm shift to an interoperable digital identity system that prioritises traveller-centricity, upholds privacy by design, and enables the trustful cooperation between international public and private sector partners required for ensuring the safe and secure movement of people across borders.”

According to the WEF, “The KTDI pilot offers greater control over personal information, putting passengers in charge of when and how data is shared through a ‘traveller-managed digital identity.’”

Claims that individuals will have “greater control over personal information” are a common theme in such digital identity initiatives, including digital vaccine passports, as previously reported by The Defender.

The system “ensure[s] portability and … safeguard[s] the privacy of personal data,” while the digital ledger “provides an accurate, tamper-proof record of each traveller’s identity data and authorized transactions,” the press release stated.

Blockchain technology figures prominently in KTDI, with its primary function described as being to “cryptographically issue, revoke, and verify credential identifiers without the need of a centralized intermediary (like a certification authority).”

Using “identity data that is usually stored on a chip on a passenger’s passport,” this digital app would be “securely stored and encrypted on [a] mobile device,” and is checked by authorities “using biometrics … without the need for a physical passport.”

The WEF press release and other documents don’t explain why the use of physical passports is now apparently burdensome and don’t specify whether the “identity data” that would be digitally stored would include vaccine credentials — in effect, an extension of vaccine passports.

Andrew Bud, CEO of biometric ID company iProove, a U.S. Department of Homeland Security contractor, recently described vaccine certificates as driving “the whole field of digital ID in the future,” adding they are “not just about COVID [but] about something even bigger” and that “once adopted for COVID [they] will be rapidly used for everything else.”

Under the KTDI program, passengers can establish a “known traveller status” over time by accumulating “attestations” from “trusted partners,” such as “border agencies and recognized airlines” — a feature that seemingly resembles “social credit score” systems currently being tested in China.

Also of interest are some of the WEF’s partners in the KTDI pilot program. They include:

These partners are “supported” by the Irish-American information technology company Accenture, which helped Australia develop its digital vaccine passport system.

In turn, the idea for the KTDI was “initially conceptualized by a multi-stakeholder Working Group launched in 2015,” including several governments and entities such as Google, Visa, Marriott International, the U.S. Department of Homeland Security, the International Air Transport Association and INTERPOL.

Even though Canada has begun to loosen or eliminate some of the country’s COVID-19-related restrictions — among the world’s most restrictive over the past two-plus years — citizens and public officials continue to face penalties for violations of vaccine mandates and for refusing to use digital vaccine passports.

An Ontario councilor was docked 90 days’ worth of pay for allegedly violating her municipality’s vaccine mandate — specifically, by attending two council meetings in May without furnishing proof of vaccination against COVID-19. The penalty was levied even though the mandate in question has since been lifted.

And as recently reported by The Defender, in June, a Canadian doctor was fined $6,255 upon her return to the country, over her refusal to use the country’s ArriveCAN health information app.

According to Global Government Forum, Canada is one of eight countries that formed a working group for digital ID in 2020. The group also includes Australia, Finland, Israel, New Zealand, Singapore, the Netherlands and the U.K.

Countries that have either implemented digital ID systems or are working on doing so include Estonia, Germany, the U.K. and Australia, as well as the EU.

Canadian government officials plan to launch public consultations on a digital ID framework for federal government services but have not yet announced when.

Michael Nevradakis, Ph.D., is an independent journalist and researcher based in Athens, Greece.